Trinidad Head on my Trek District 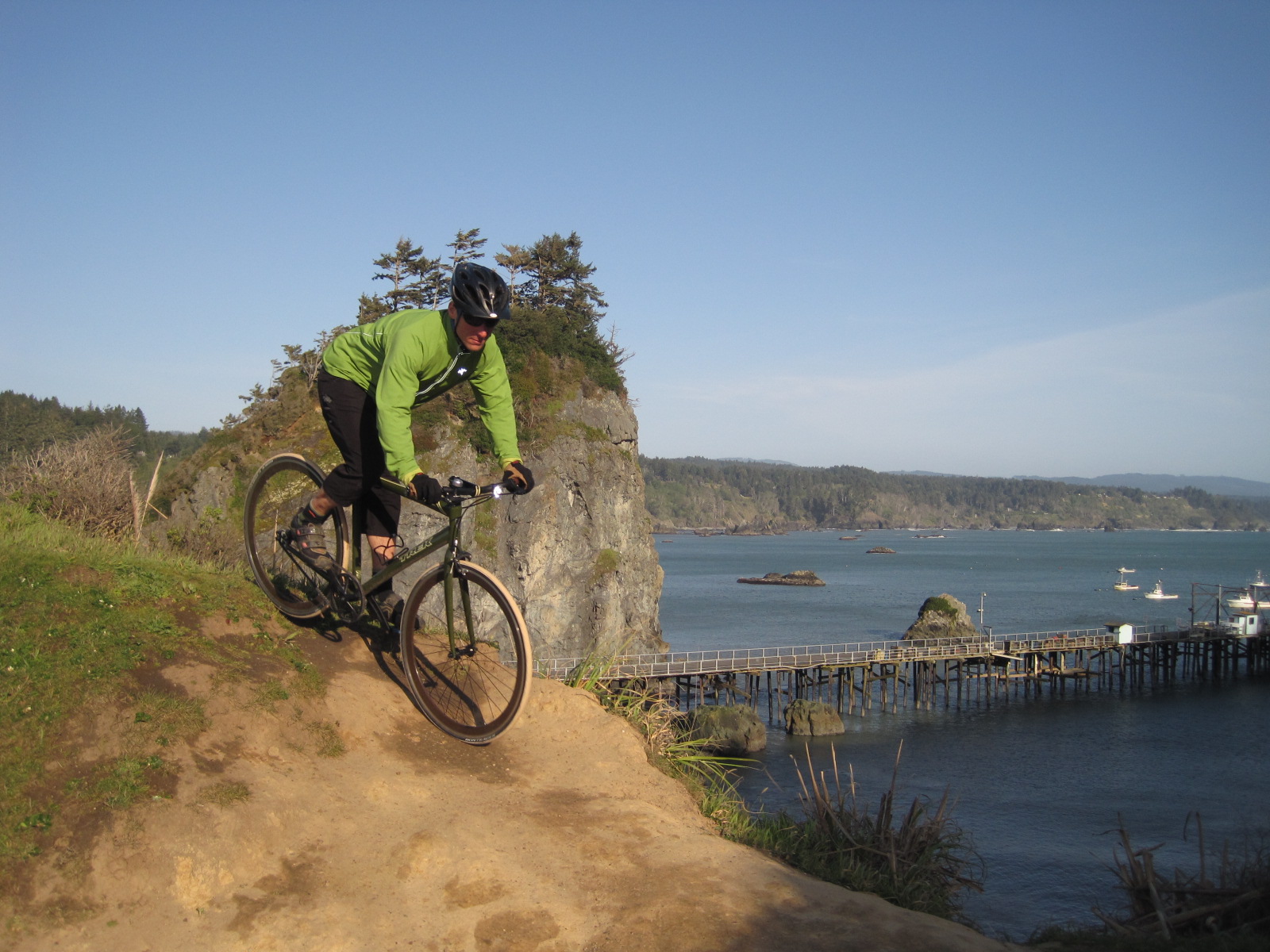 Trinidad Head is a giant rocky prominence that juts into the Pacific Ocean from the tiny town of Trinidad, California, and it provides dramatic views of the rugged NoCal coast. To the south is Trinidad Harbor with its fishing pier and fleet of crab and salmon boats; to the north is Trinidad Beach. This is where I come on my after-work rides.

I pedal hard on the way, churning up steep switchbacks on the single-speed Trek District and spinning through dank bottom turns on the twisty road to Trinidad. When the Head comes into sight, I push hard on the Carbon Drive and barrel up the last incline, pausing at the top to look around. Surfers catch waves off Trinidad Beach. Kayakers and standup paddle boarders cruise the calmer harbor. Cyclists stop to check out the District, and I show them the belt drive.

I used to hate it when people stopped during rides. Now that I live here, stopping to enjoy the view from the Head feels right.