With its super-light carbon fiber frame and its clean and powerful belt drive, the Corvid from Independent Fabrications could be called a piece of performance art. It rips, and it looks good at the same time. Men’s Health certainly thinks so, featuring the bike in its June issue. Weighing just 13 pounds, it’s a concept bike meant to turn heads. Tyler Evans at Independent Fabrications built the bike because he was interested in the clean, quiet and lightweight aspects of the Carbon Drive System. It is now his favorite commuter bike, and he rides it across Boston to the office nearly every day. “It’s a mad dash,” he says, adding that the belt drive Corvid always attracts gawkers. “Crowds gather around it whenever I stop, and people ask lots of questions.” Evans plans to build a 29er singlespeed with Carbon Drive next, and a couple customers have contacted him about building up some belt drive commuters. Check out the post about the Corvid on the IF blog here. 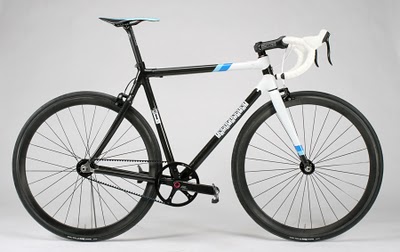