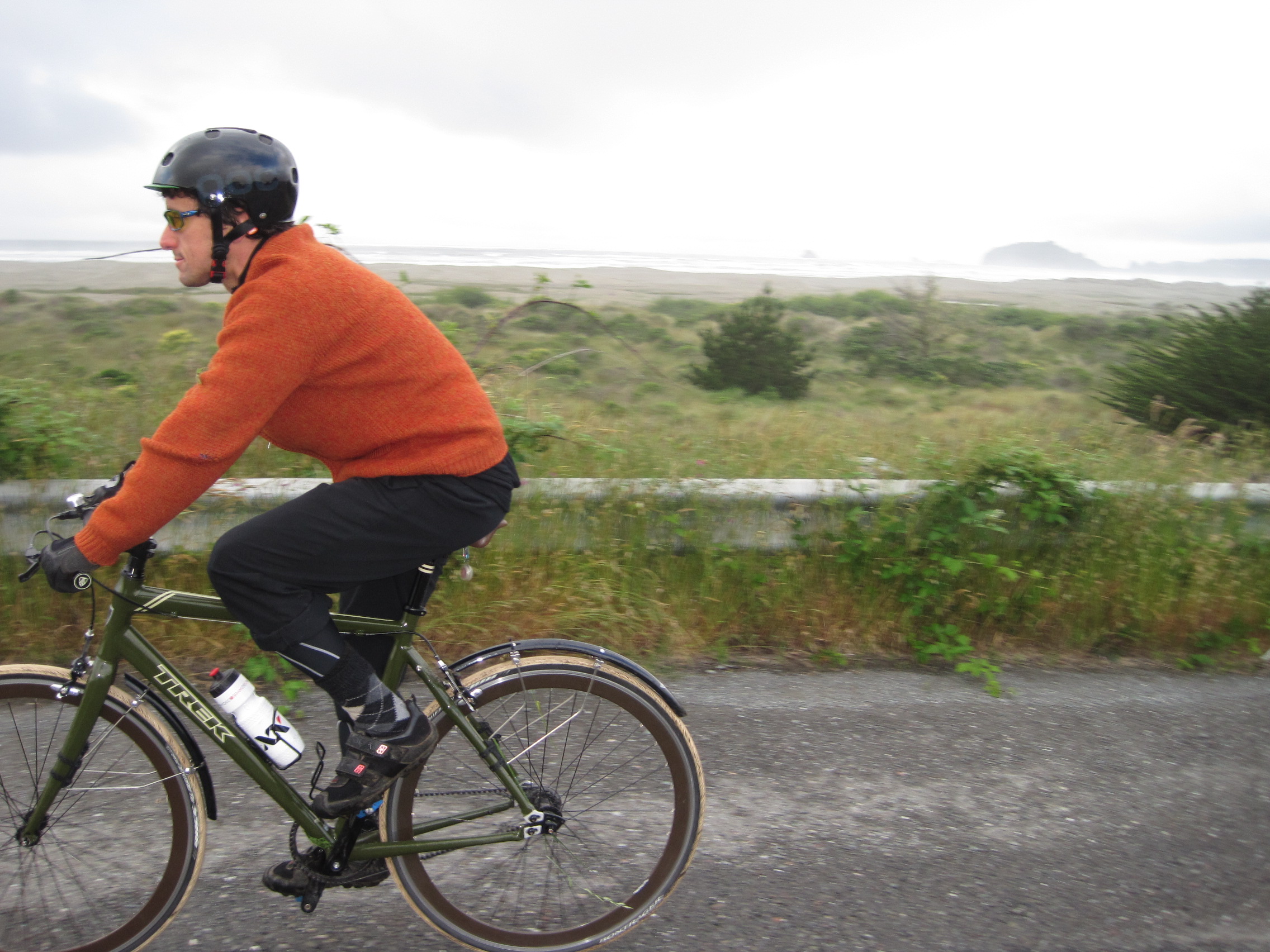 The Clam Beach Clamterium is an unsanctioned, unofficial clunker crit held on random Wednesday evenings on California’s North Coast. Locals show up in jeans and costumes with panniers full of beer. I jumped into the most recent Clamterium on my belt drive Trek District, sporting a Mister Rogers sweater, argyle socks and with fenders to keep the drizzle off my polyester slacks. My goal: Win the coveted first prize–a can of chowder. The Clamterium course runs along the beach then curves into jungle-like forest. This jungle portion is downright clammy. Riding it at mach speed, it is crucial to avoid the mud, slop and slug slime lest your front tire slide out.

The peleton splintered heading through the jungle singletrack on the second lap. Evan, wearing a full chicken costume, snagged his rooster crown on some low-hanging branches. I held the lead for the first of three laps but then, in a show of clam-raderie, sat up and slowed down to let a couple guys catch up. Greg put the hammer down and attacked on the beach road, big-ringing it into a headwind, and I dropped off his wheel. Alas, the can of chowder would be Greg’s, and I settled for second, first among singlespeeders. The Gates Carbon Drive System performed flawlessly, powering through the salt spray, mud and spilled Pabst. Next time I won’t sit up; the chowder will be mine. But I learned my lesson: Sometimes you have to just shut your clam and ride. 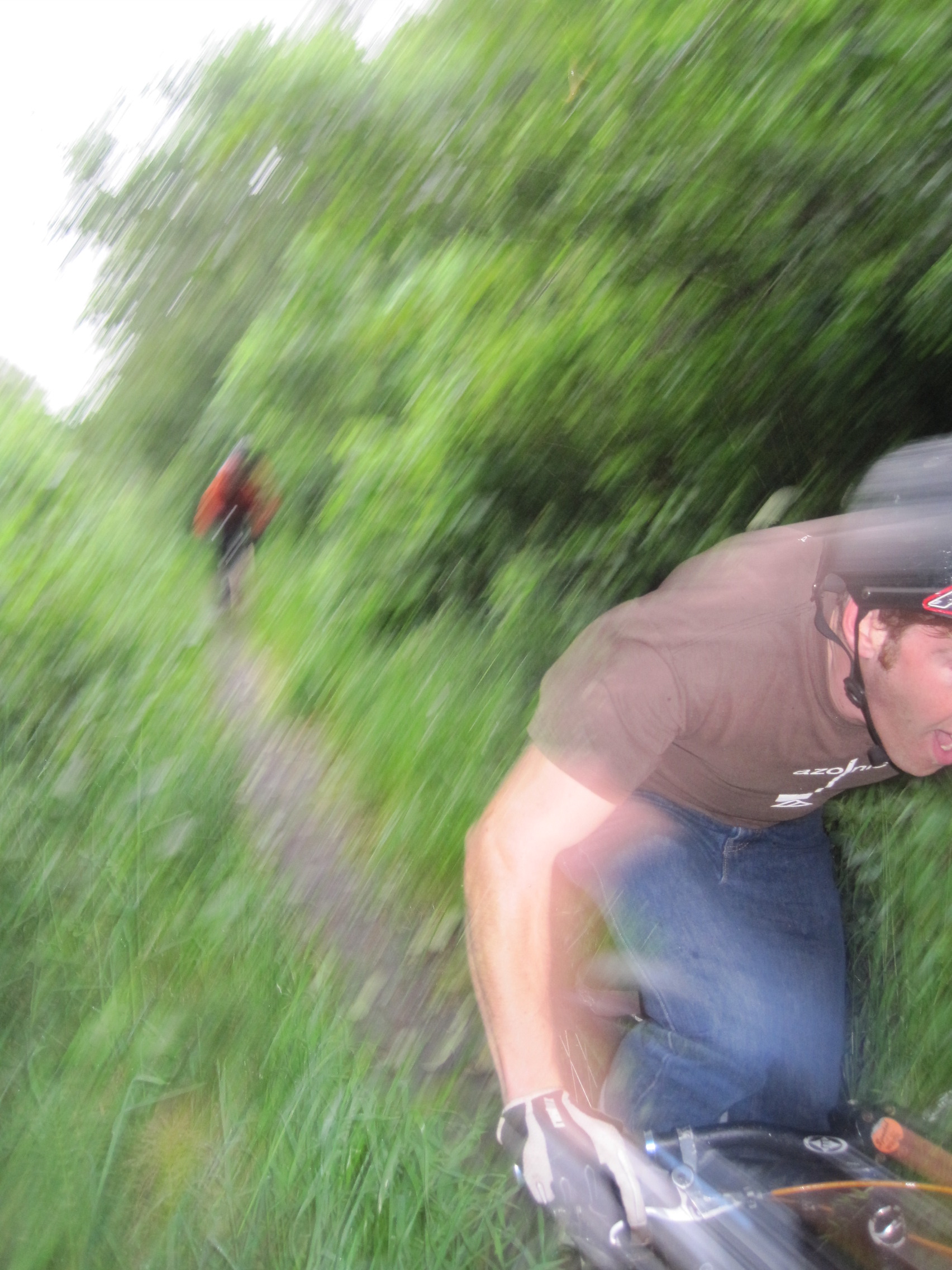