Just in time for Interbike and Outdoor Demo next week, Gates Carbon Drive Systems is introducing its newest patent-pending belt-drive technology: CenterTrack, which promises to provide the lightest, strongest, cleanest and highest-performing belt-drive system ever created. CenterTrack™ features an innovative new design that offers all the advantages of existing Carbon Drives but with a whopping 20 percent more tensile strength, a slimmer profile and the most advanced dirt- and debris-shedding ever. CenterTrack is a quantum leap forward for belt-drive technologies and offers all the clean, quiet and strong advantages of existing belt drives from Gates but with an even higher level of performance. “We believe it will become one of the bike industry’s must-have killer apps,” says Todd Sellden, Director of Gates Carbon Drive Systems. 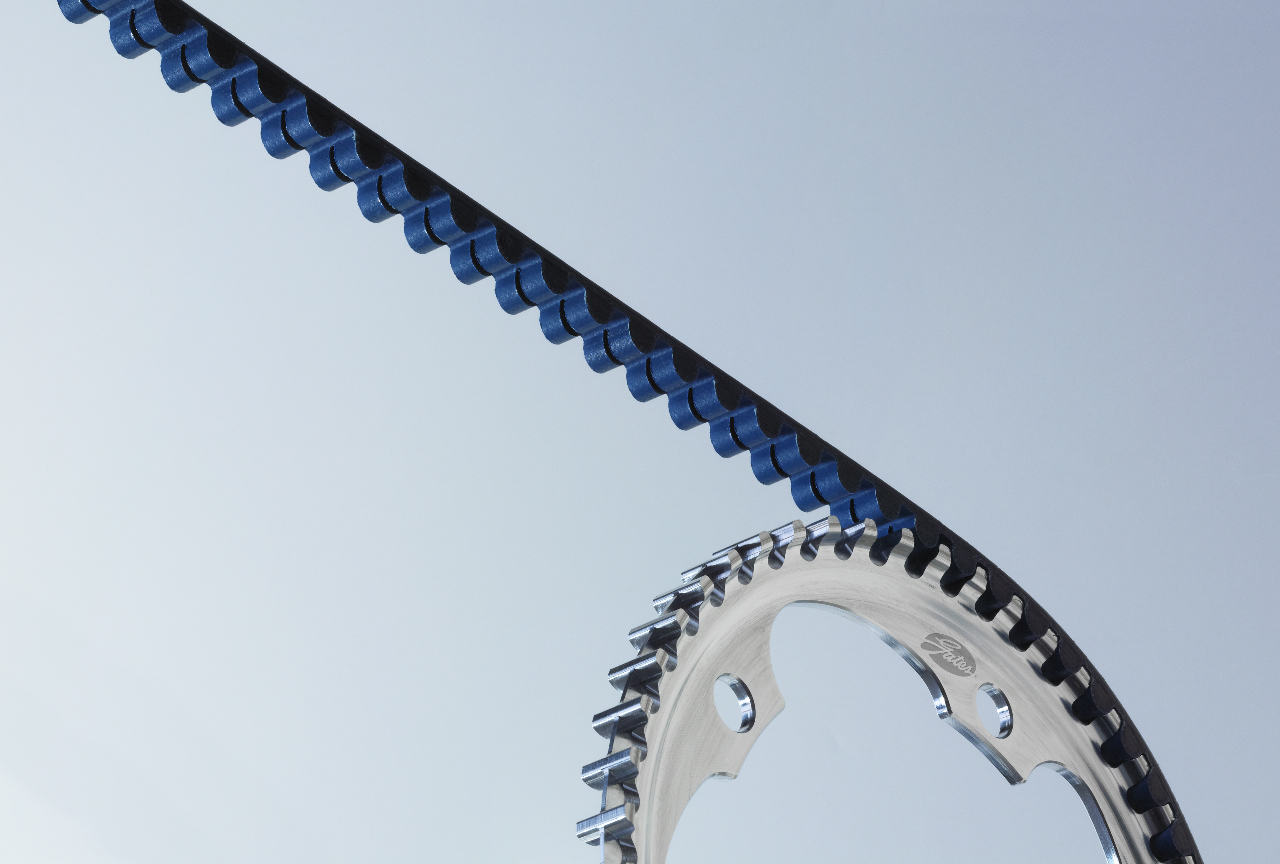 CenterTrack features an ingenious advancement of the increasingly popular belt and pulley system that debuted at Interbike in 2007. Instead of a raised flange on the side, the front and rear pulleys of CenterTrack feature a narrow track that runs around the center of their circumference. The CenterTrack belt has a channel on its underside that fits snuggly onto the track for perfect alignment every time. The CenterTrack belt’s teeth engage with the pulleys, whose sides have been removed for optimal debris shedding. Dirt and grime simply fall away, making CenterTrack 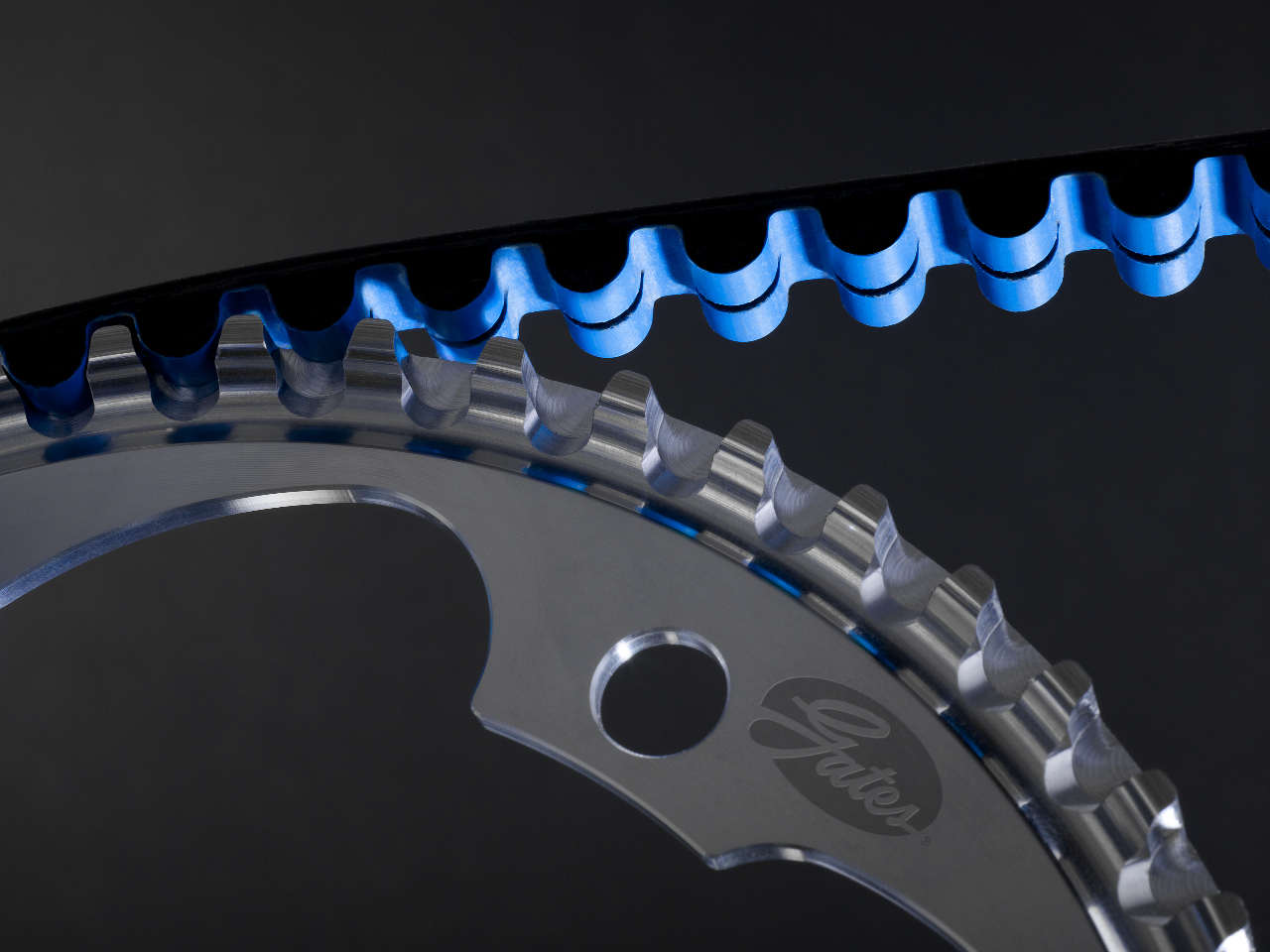 Gates will offer the CenterTrack technology on its new CDX-CT drive train, which will be the new premium component offering from Carbon Drive Systems. CDX-CT joins the CDX and CDC product lines. CenterTrack was conceived by Wayne Lumpkin, one of the most innovative thinkers in the bike industry and the creative spark behind Avid brakes for many years. Gates and Lumpkin worked together to develop and test the CenterTrack technology and bring it to market.

The new CDX-CT drive is the most robust bicycle belt-drive ever and offers advantages for both consumers and manufacturers. The pulleys are the slimmest ever produced, and this slender profile makes it easier than ever to integrate with internally geared hubs. The cost of CDX-CT will be announced at Bike Week (Dec 5-8, 2010). Gates will take sample orders from bike makers at Interbike 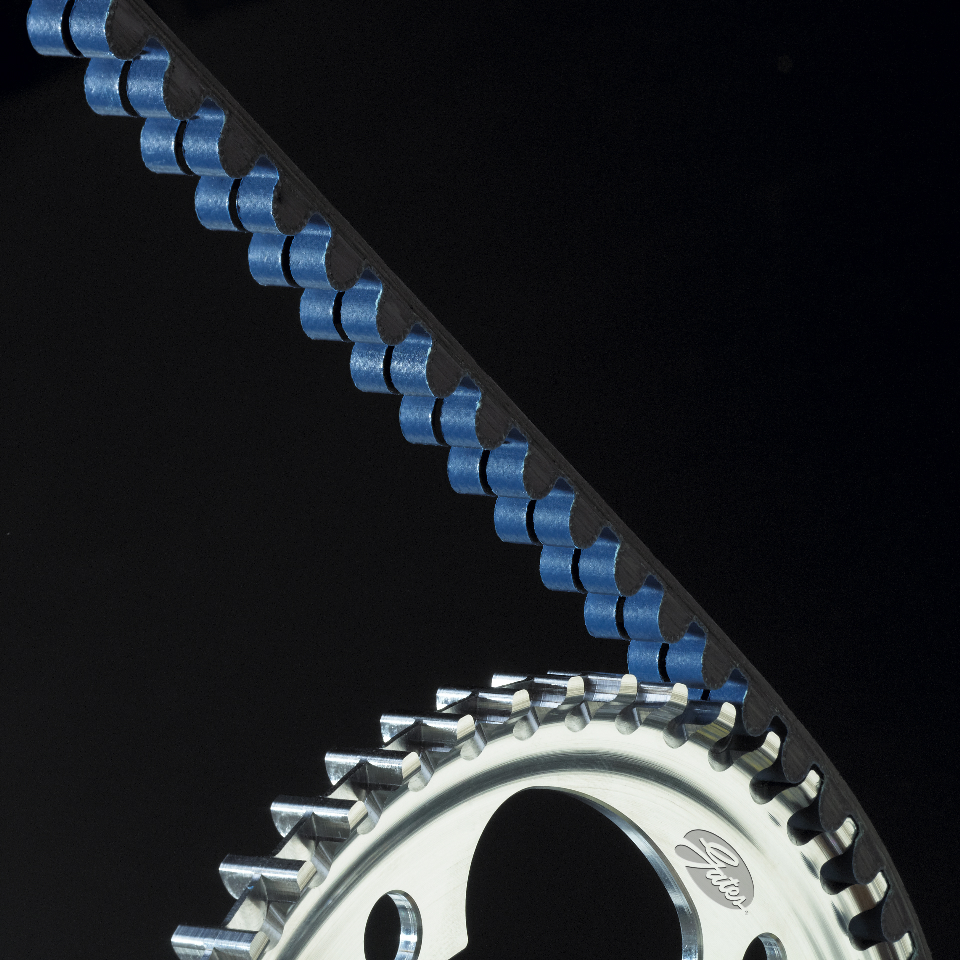 and will take production orders in December. CDX-CT will debut for 2011 on Spot Brand’s Acme Bike (displayed in the lobby of the Sands Convention Center at Interbike). The system will appear in widespread use on 2012 models, available retail in late 2011.

The cycling blogosphere is buzzing about CenterTrack, with Bike Magazine, EcoVelo, Wired.com, BikeRumor.com and others hailing the news.