It was another great weekend in Colorado for Team Gates Carbon Drive as the single speed cyclocross squad swept the podium on Saturday and followed that with a first-place finish on Sunday. Congratulations to Mitch Westall and Derek Strong for their impressive wins.The team is now leading the Colorado Cup team competition, and Carlos Casali is tied for first in theColorado Cup rider competition and leading the Boulder Series standings.

Saturday’s course in Denver at On the Cross Cyclocross was relatively flat and featured a mix of grass, sand, pavement and lots of tight turns. Carlos Casali attacked hard right from the gun in an effort to break the field and he couldn’t have asked for better results. Turning around after the first lap, his effort had caused a split, pulling justStrong and Westall with him and dropping the field. Westall’s smooth and consistent riding let him gap his teammates with about ten seconds in hand, allowing him to take a decisive win. Behind, Casali crashed in one of the many tight turns. But the big strong Brazilian joined forces with Strong and the two worked together for the rest of the race, holding off challengers and taking second and third behind Westall.

Sunday’s race at Aspen Lodge near Estes Park was even more challenging, and the team put their belt drives to the test on the technical course at a lung-searing 9,000 feet. Eyeing the course, I knew it would be a tough day in the saddle. Casali made another screaming start, taking the hole shot from a Moots rider as Garrett Davis and I slotted in behind him. Right away, I knew the decision to bring lower gearing for this course was going to help, as I was able to churn up the tight and technical sections that left most riders struggling. 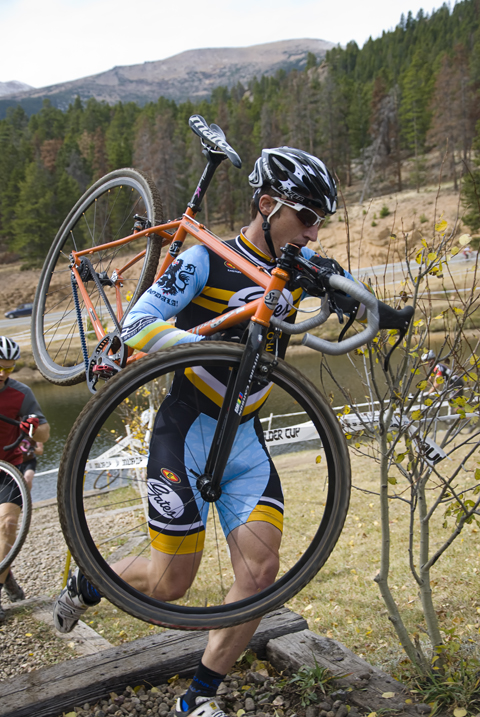 Then, mayhem broke loose as we quickly caught the back of the Cat 3 field, making a difficult course that much more of a nightmare as we fought our way through the quagmire of riders. I remained patient and followed the leaders, waiting for the right moment to pounce. Davis tangled with another rider and went down, then the Moots rider andI sneaked past Carlos in the gobs of traffic. On the next lap, I saw my chance as the rider in front of me hit a barrier while cutting a corner tightly, allowing me to pass and take the lead.Feeling strong, I was planning when to put in my attack when, suddenly, my rear tire flatted!Casali came past as I yelled for him to go for it, and I assessed the situation. Unfortunately, in running my lower gearing, it meant that I didn’t have a spare rear wheel in the pit this one day. Race over. 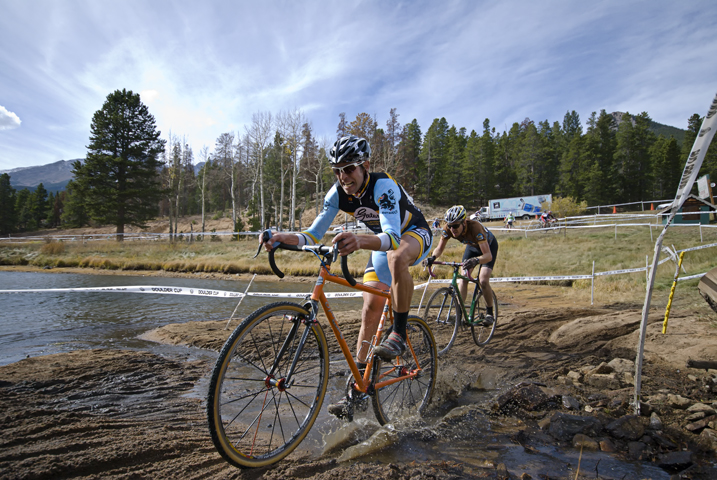 Thankfully, Derek Strong was feeling strong and he surged on the final lap to open a huge gap and take win. Casali managed to retain 4th place, though we’re not sure how much he remembers of the second half of his race due to a crash that bloodied his face and required stitches. Davis fought to finish 5th and Ben Ollett rounded out the team standings in 14th, battling through illness that sapped some of his strength.

Stay tuned for next week’s team update, which should be a colorful one! While Casali will remain in Colorado to represent the team at a duo of great local races, the rest of the squad will head to the mud and rain of Seattle for the 2010 Single Speed Cyclocross World Championships! The SSCXWC are a colorful and crazy weekend of racing. Many competitors wear costumes and the course features an urban, alley cat style qualifier in downtown Seattle onSaturday followed by the championships on Sunday on a course that will be thronged with spectators.

Now if you’ll excuse me, I’ve gotta head off and pick out a proper “race costume.”