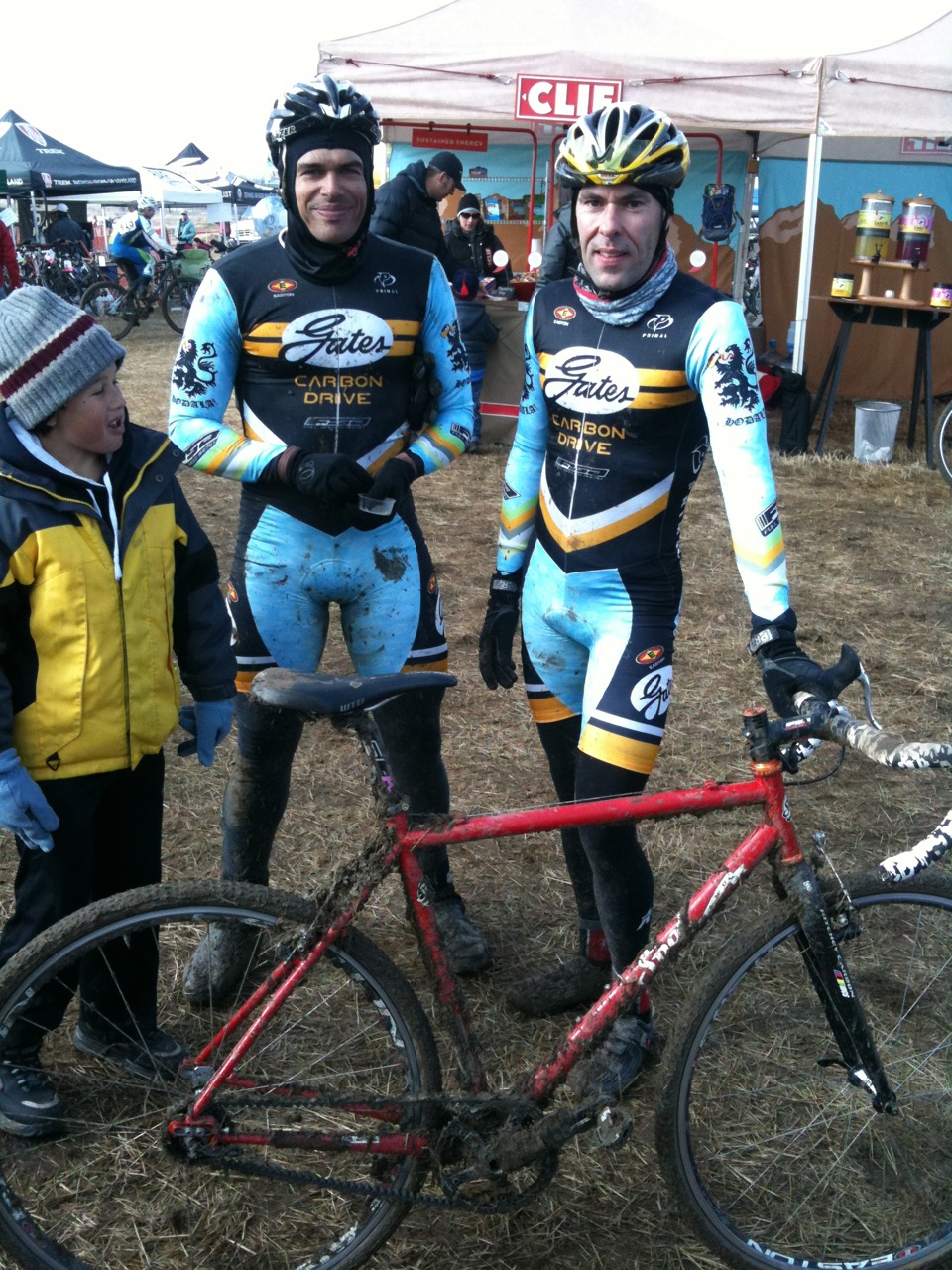 Mitch Westall of Team Gates Carbon Drive recovered from a late crash in slippery conditions on Sunday to win the singlespeed category of the U.S. Gran Prix of Cyclocross race in Fort Collins, Colo. Carlos Casali hammered to grab third place at a venue that featured conditions worthy of Belgium–cold, wet and sloppy, with thousands of boisterous fans lining the course and ringing cowbells. 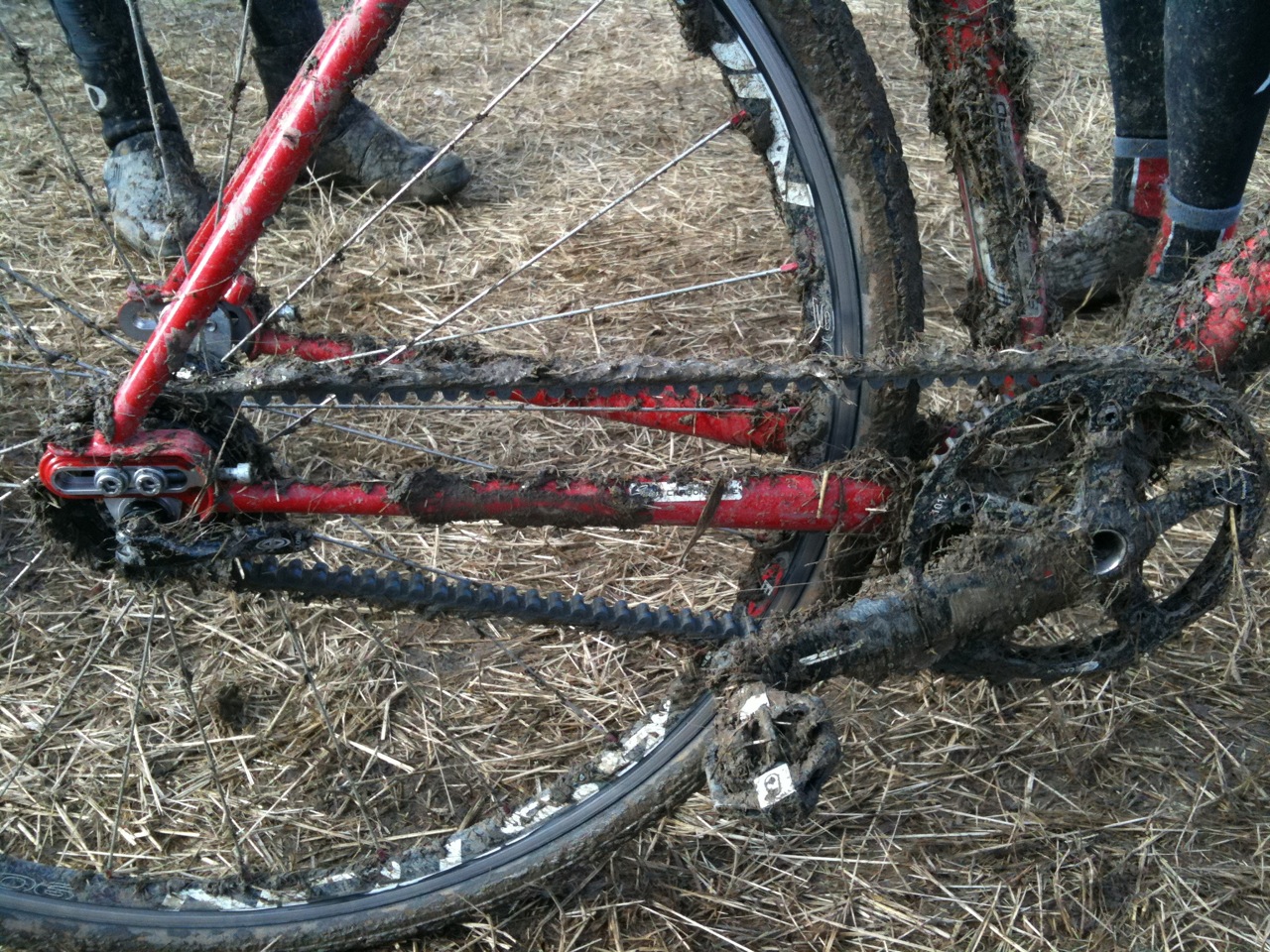 Conditions at the start of Sunday’s race were cold (28 degrees) and the track was frozen. Twenty minutes into the race the sun came out and the track turned sloppy. By the end the track was badly rutted and riders were sliding around all the corners. It was in one of these nasty corners that Westall, who was leading, slid out and went down. Three competitors passed him, but Westall gave frantic chase and surged back into the lead in the final 500 meters to cut the tape and grab victory for Team Gates Carbon Drive, with Casali grabbing third spot on the podium. Pete Thompson, a visiting Gates employee nabbed sixth place. 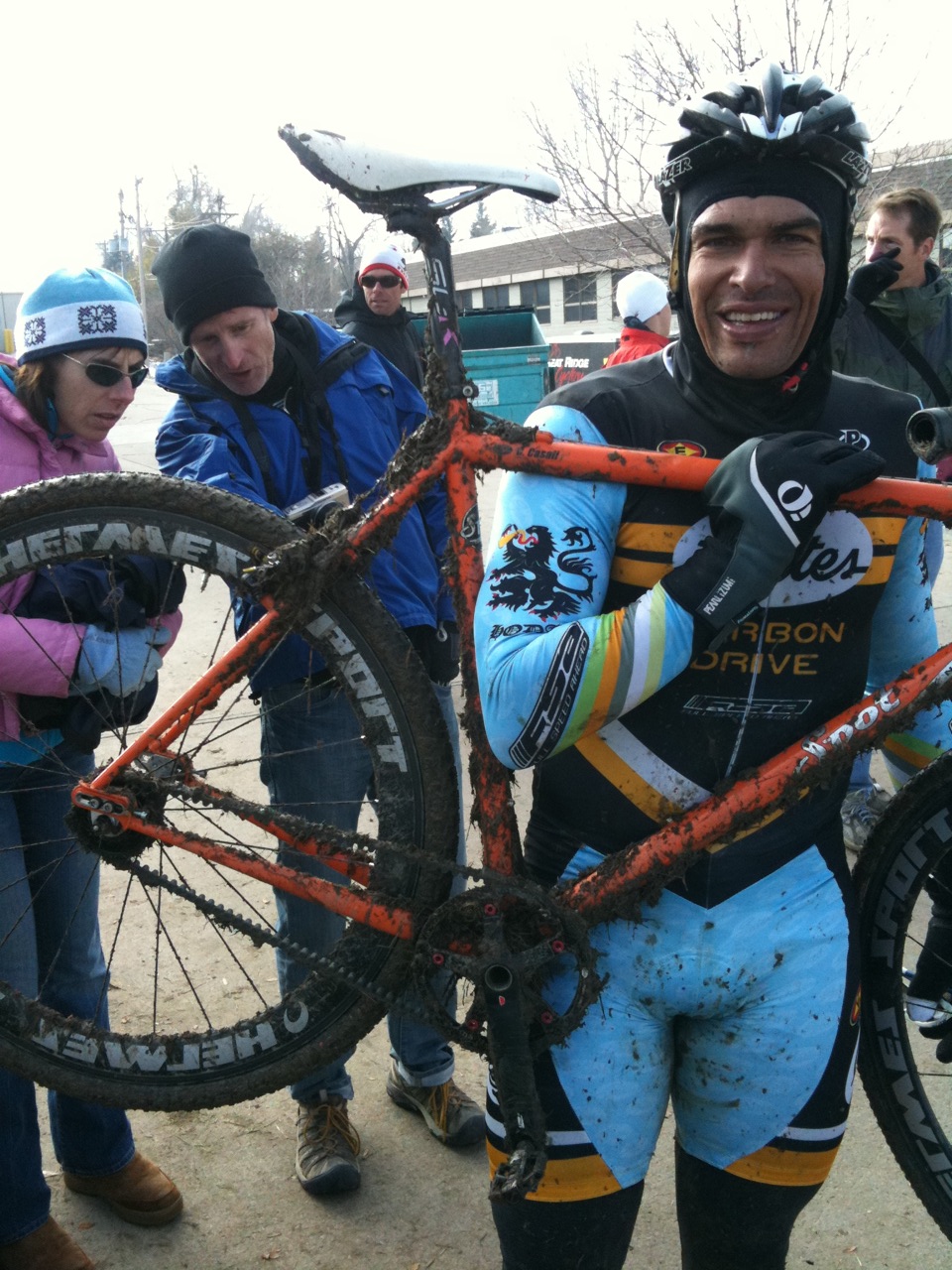 The Fort Collins race was a two-day affair that featured large rambunctious crowds, challenging terrain, technical sections, power climbs and soggy straightaways. On Saturday, Westall made a last-lap charge to go from seventh to fourth place, while Casali was close behind in seventh and Thompson in 12th.

Due to the early morning race starts, the course was frozen solid initially, with deep tire track ruts–an ice rink from Hell. Positioning was key due to difficult passing conditions and the abundance of off-slope turns. All the team members hit the deck at least once during the weekend while railing down frozen hills. The Carbon Drives proved advantageous once the conditions got muddy. 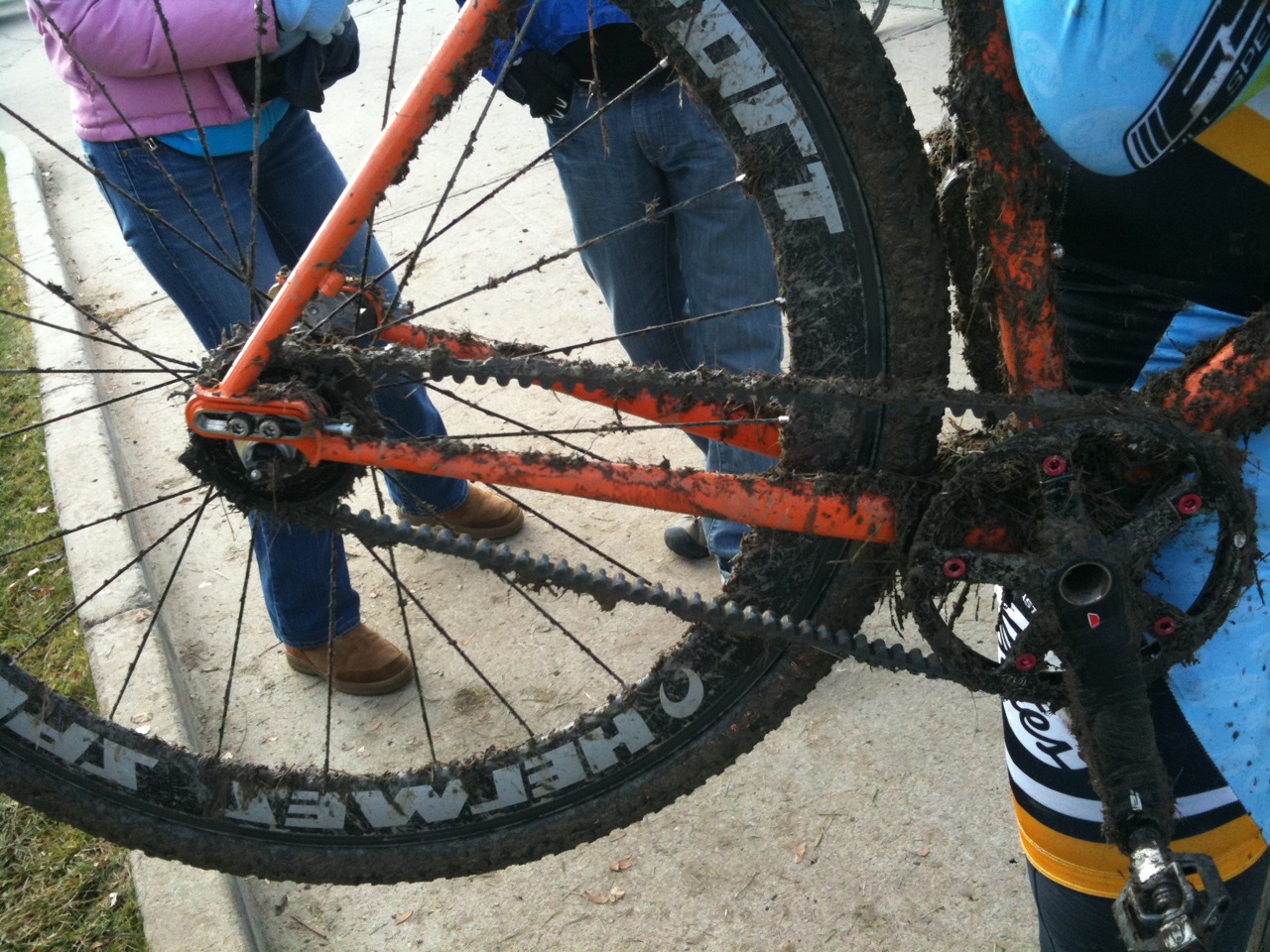 Next weekend, Team Gates Carbon Drive will compete in back-to-back Colorado Cup races, hoping to defend the team’s top spot in the team competition and Casali’s lead in the rider competition. Stay tuned for more race highlights in the coming weeks!