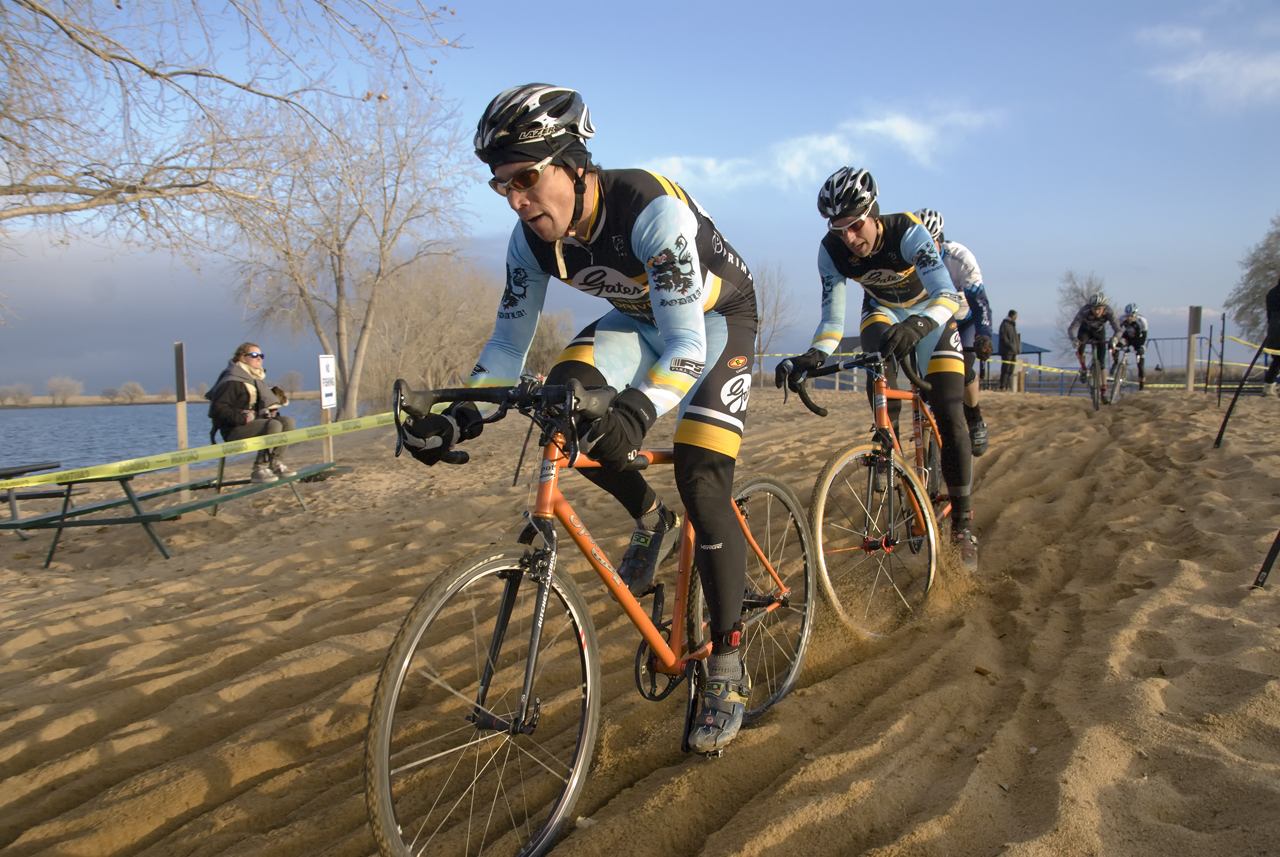 Call it the ultimate act of team spirit. With a comfortable lead on the field in Sunday’s cyclocross race at Longmont’s Union Reservoir, Mitch Westall slowed his pace slightly to let fellow Team Gates Carbon Drive member Carlos Casali grab a wheel. The two then hammered the pace for the last lap and finshed 1-2, with Mitch letting Carlos cross the line first–and allowing the big Brazilian build on his lead in the Colorado Cup standings. 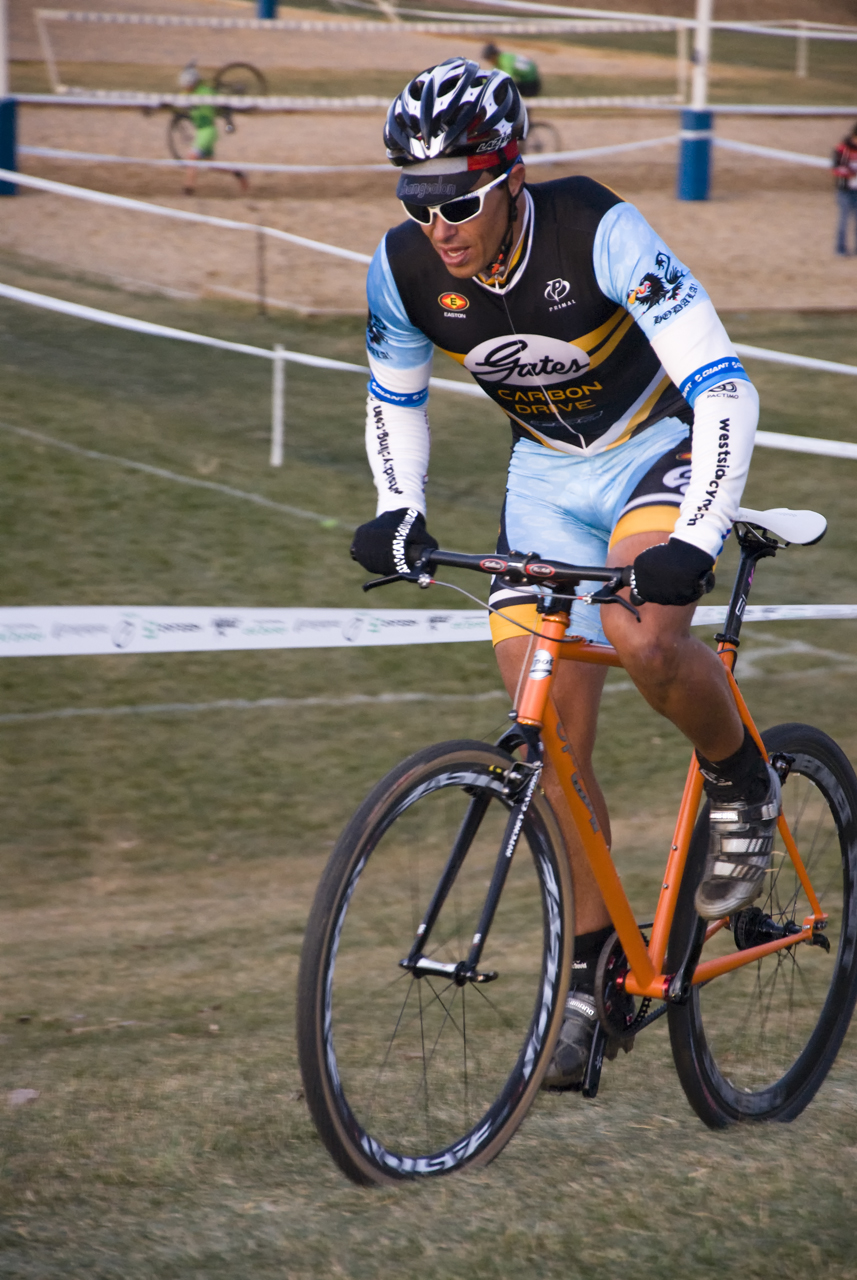 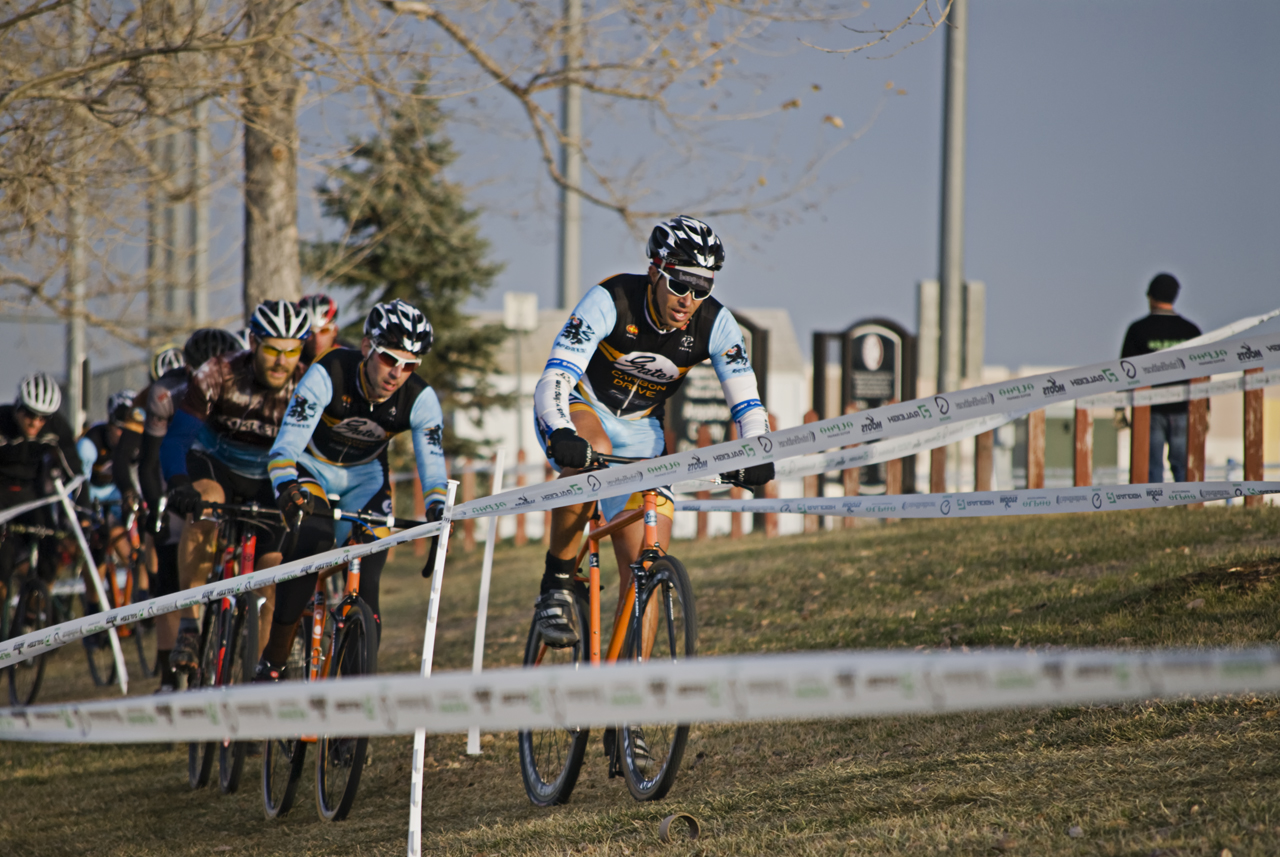 Saturday’s Alpha Cross series race #3 was flat and twisty with sandy section that required shouldering the bikes. The start was fast, with Carlos leading off and Derek in second. Mitch started deep in the field and had to pass multiple rider during the first lap to bridge up to the leading group of five. On the third lap, Mitch attacked, shattering the lead group. Carlos fell back, having a hard day due to his decision to run too big of a gear. But that’s singlespeeding! 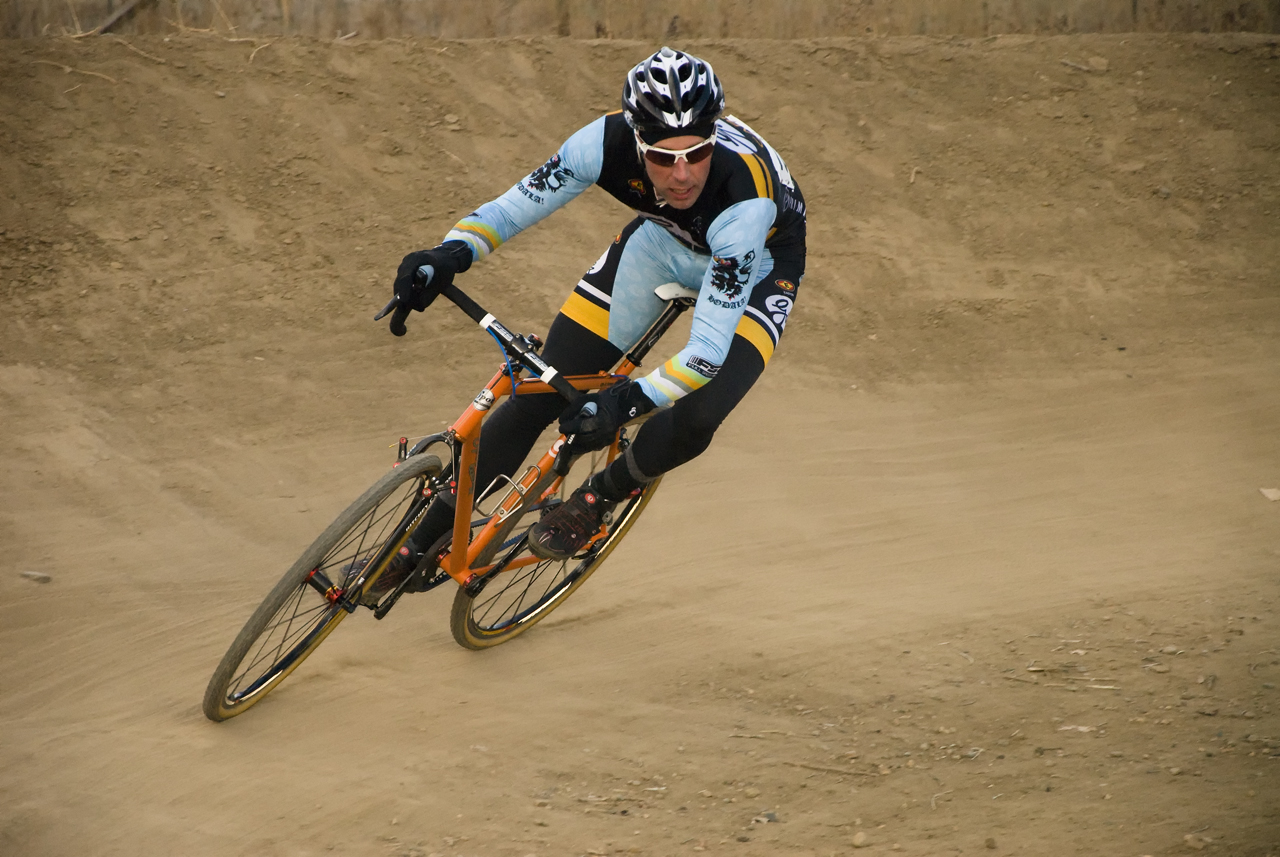 Derek stuck to the wheels of two riders chasing Mitch, who eventually pulled away. In the end, it was a great win for Mitch and Gates, with Derek and Carlos both in the top six. 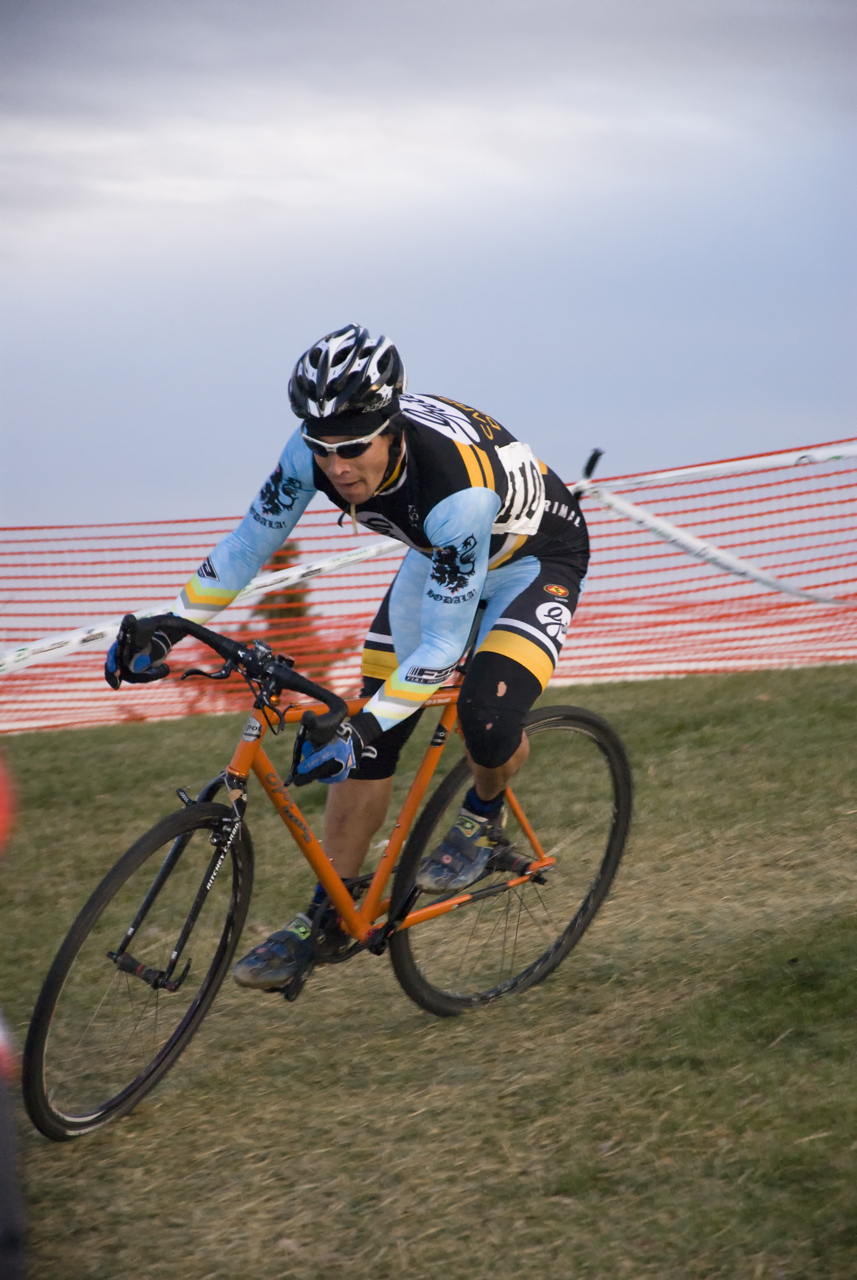 Sunday dawned cold and windy. The course was fun– a combination of road, packed dirt, sand and a BMX pump track for some added excitement. The start was fast, with a six riders including Mitch and Carlos opening a gap. Both Gates riders knew the winning move would come on the few tight sections or when passing the Cat 3 riders. About 20 minutes in, Mitch saw an opportunity to attack while passing in the sand pit and he opened up a gap. Carlos sat at the back of the four-man chase group. With three laps to go, Carlos saw an opportunity to attack before the sand pit and escaped from the chase group. Team wrench/photographer Ian Sallee shouted to Mitch that Carlos was close behind in second, and in a fantastic act of team spirit Mitch eased up so Carlos could grab his wheel. Mindful of Carlos’ lead in the Colorado Cup, Mitch let his teammate cross the line first. 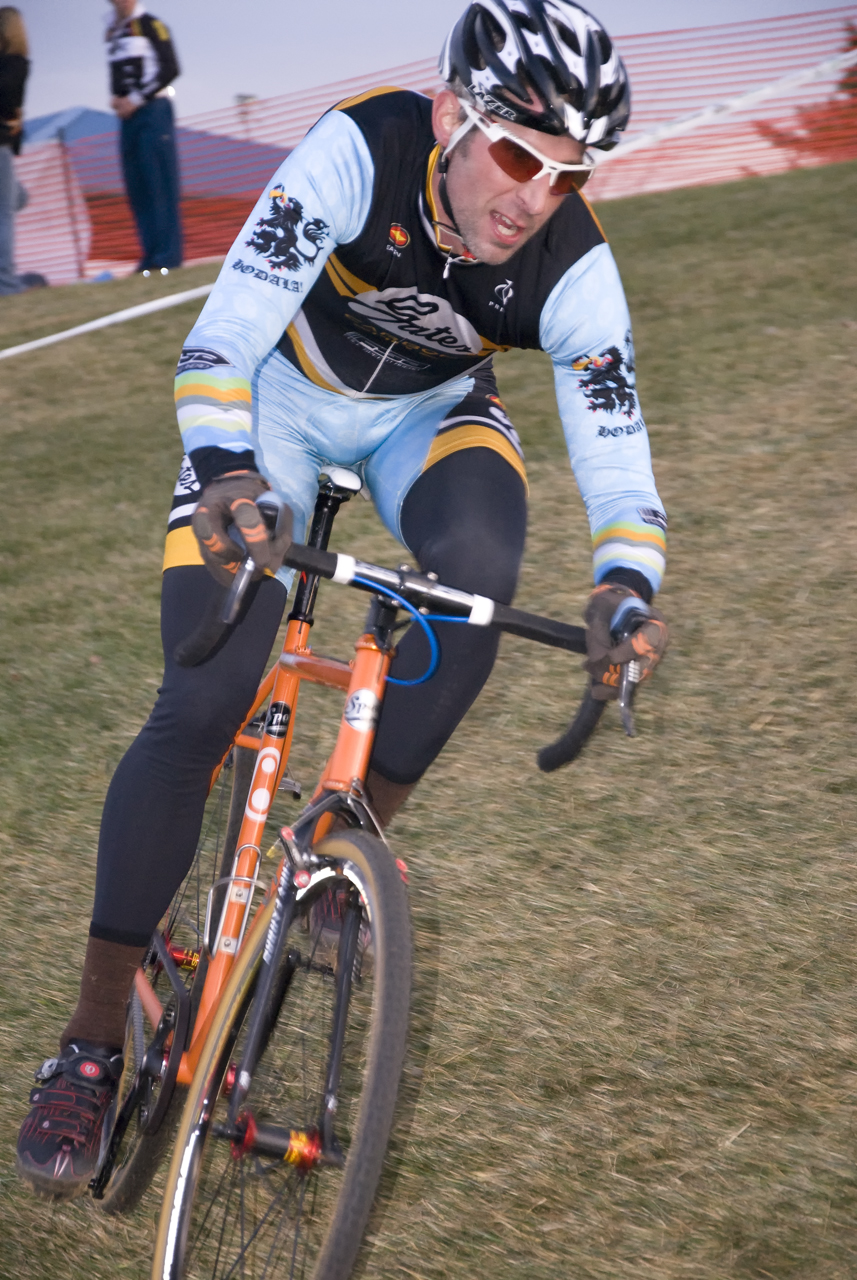 With the strong results, Gates has all but locked up the Colorado Cup team competition. Team Gates Carbon Drive has 10 wins this season. Next weekend will feature two more races, followed by Colorado State Cyclocross Championships on Dec. 5. Tune in to see if Carlos and the team hold onto their first-place standings. 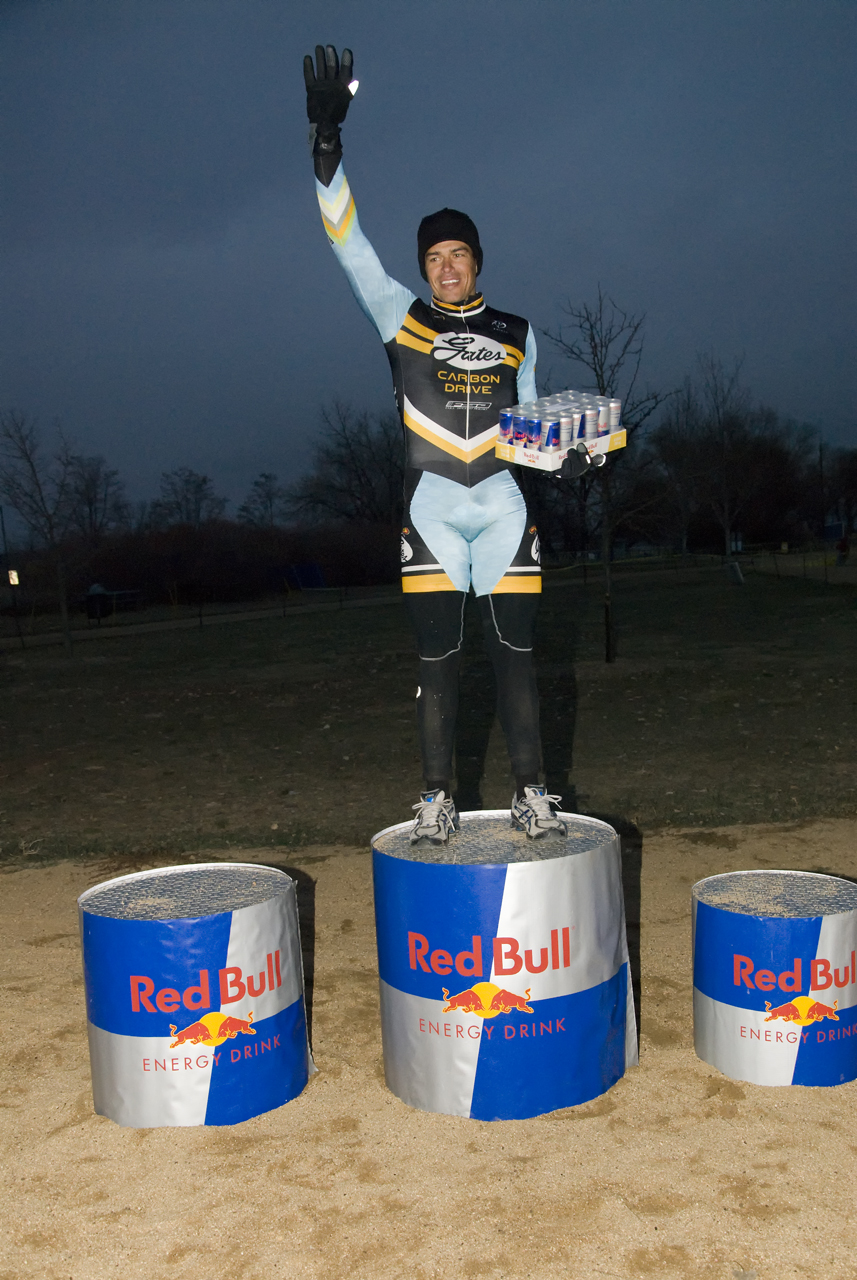