The Tout Terrain Metropolitan is a European transportation bike with killer style. It comes stock with a belt drive and everything a commuter needs–rack, fenders, lights, the works. Momentum Magazine featured a review of the Metropolitan in its January/February issue out now. Reviewer Gwendal Castellan says it’s “the kind of ride that might tempt you to bike right past your office and out of town. The bike is equipped well enough to take you across the continent.” Peter White Cycles is the North American distributor for Tout Terrain. 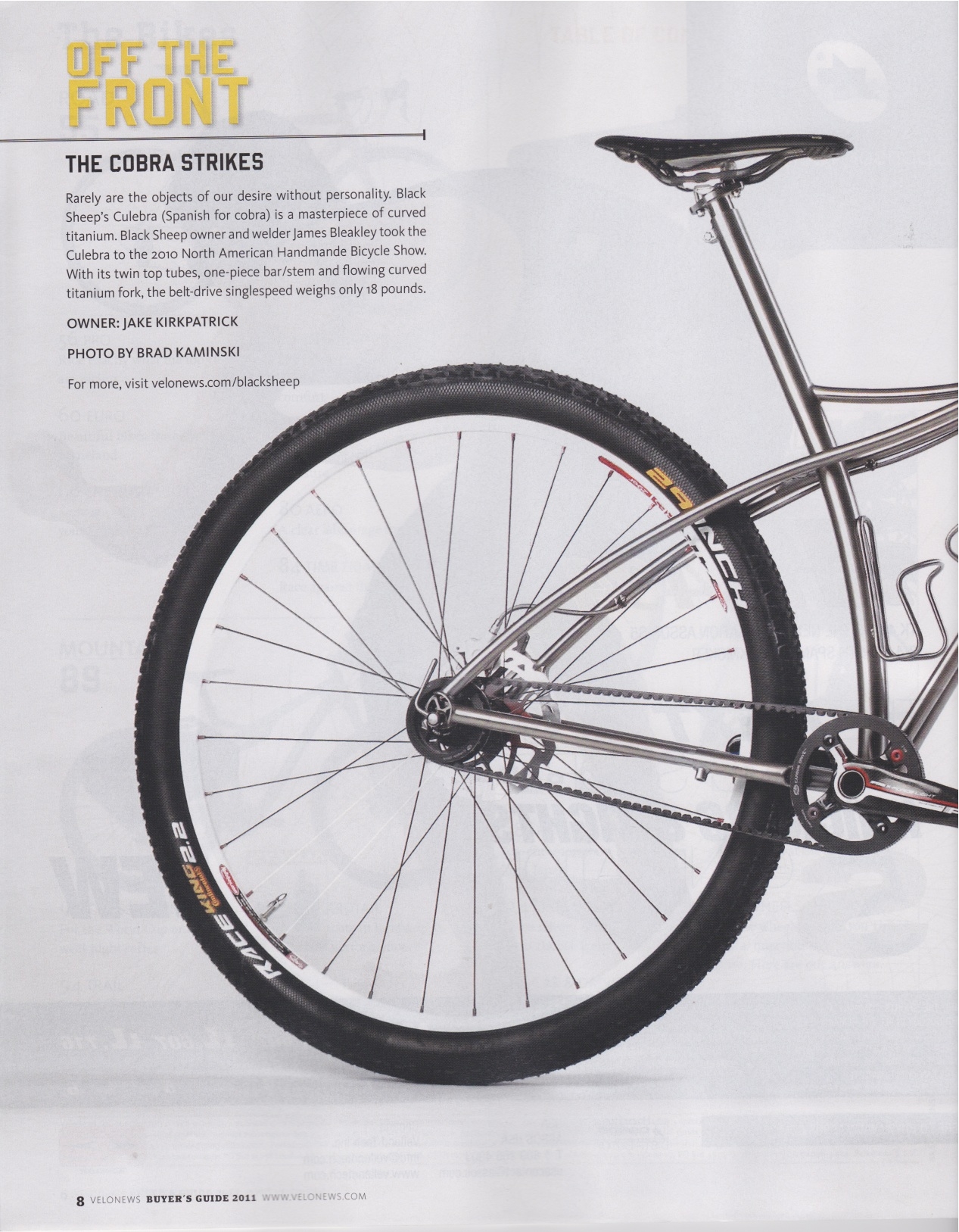 VeloNews also featured a belt-drive bike in its 2011 Buyer’s Guide. The Black Sheep Culebra is owned by Jake Kirkpatrick, who has raced the 18-pound titanium singlespeed with Carbon Drive in endurance races around the country and world. Last year he won the Dakota 5-0 on it and had a strong finish in the Breck Epic. VN called the bike “a masterpiece.” We agree.