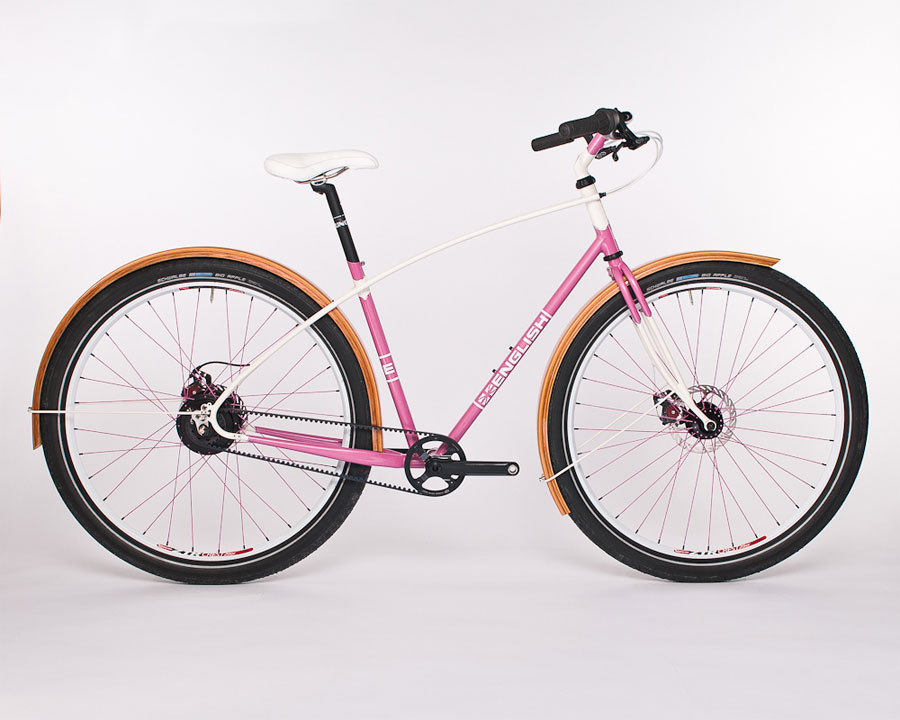 All together now: oooooooooh. This custom cruiser comes from the skilled hands of Rob English at English Cycles. Rob calls himself a “designer, builder, machinist, painter, racer and bike geek.”

See more photos of this beauty on Bike Rumor. And learn more about the NuVinci N360 continuously variable planetary hub, which replaces the shifter with a smooth speed dial that allows cyclists to feather their pedaling cadence with infinite gearing between the high and low ends. Gates has partnered with NuVinci to make their revolutionary hubs belt-drive compatible, providing urban cyclists with a no-fuss drive train that some are calling “the future of commuter bikes.” Stay tuned for more news on that front.
Meantime, bust out your pink shoes and a skirt. You’re gonna want to look extra fine when pedaling this head-spinner. 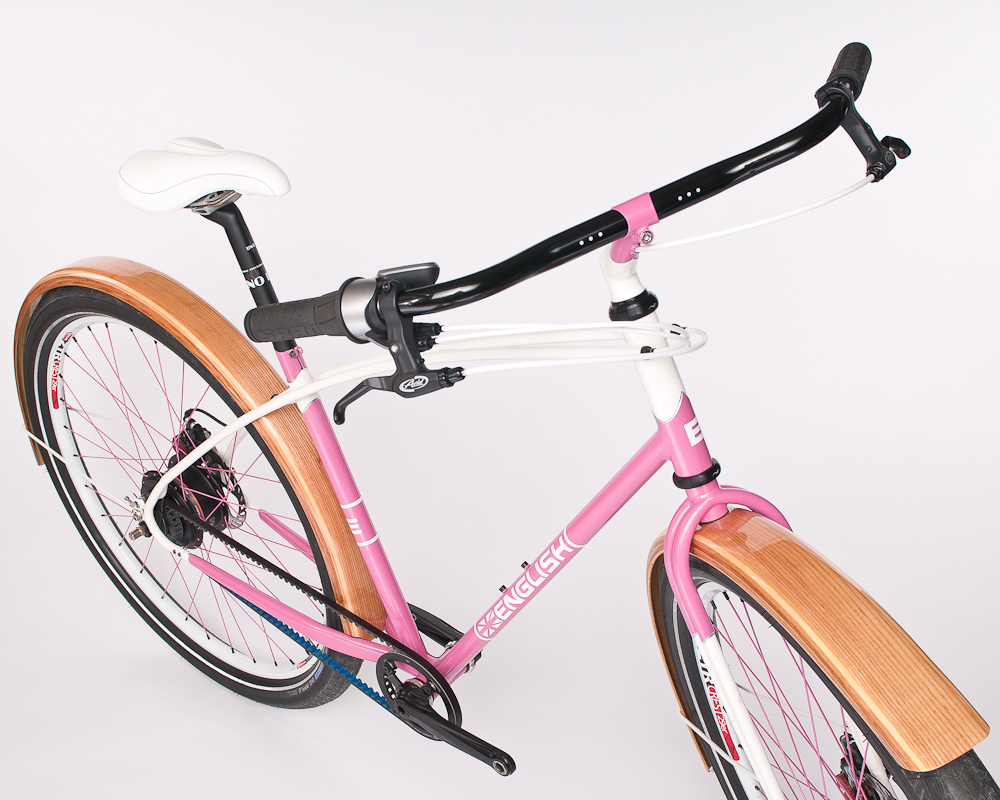 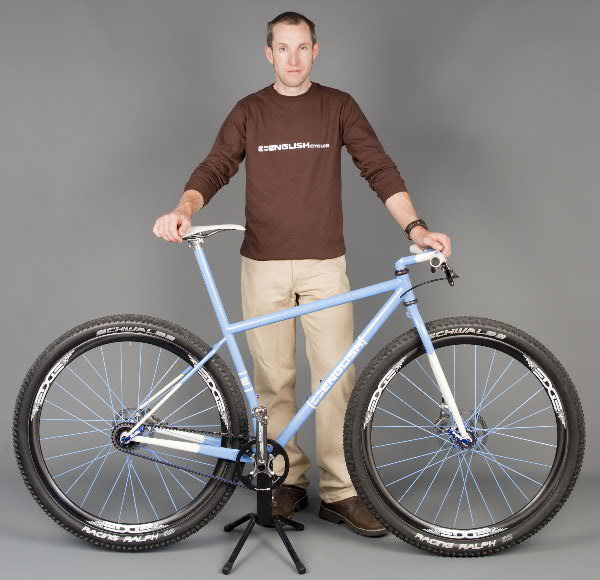