Beefed up and a bit Nervous, Jake Kirkpatrick Prepares for Tough, Snowy Start to Tour Divide 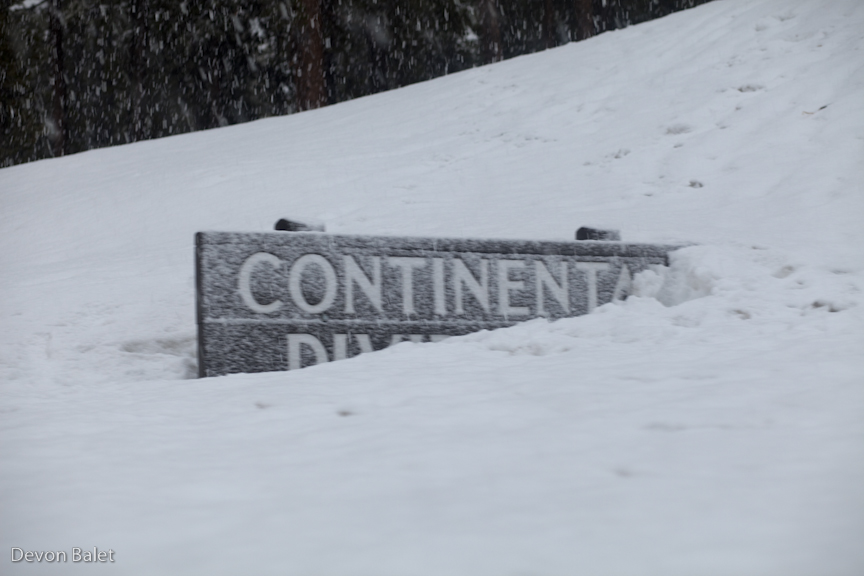 After a three-day drive from Boulder, Colo., Jake Kirkpatrick has arrived in Banff in Alberta, Canada for what looks to be a challenging start to the Tour Divide on Friday. Race organizers have made multiple adjustments to the route due to record winter snow levels in the Rockies. That has meant lots of last-minute re-printing of maps to put into his 50-page course route finder that will guide him on the 2,700-mile race from Banff to Antelope Wells, New Mexico. Due to the snow, Jake decided at the last minute to take a sleeping pad so he doesn’t freeze while bedding down for his brief stints of sleep. “There are lots of rumors about some racers taking snowshoes to get through the deep drifts,” says Jake.

Like a Tour de France rider, Jake’s mission for the past week has been to eat as much as possible to build up some reserves to compensate for the weight loss and calorie deficit he will likely face out on the trail. Packing light is key. Jake has two minimal packs on the front and rear of his bike to hold everything he will need. Jake will be riding a fully rigid custom Black Sheep titanium singlespeed with the new Center Track system from Gates Carbon Drive.

The bike weighs a feathery 16 pounds. “I’m glad I’ve got a belt drive,” Jake says, hoping the lack of maintenance will give him an edge over riders with chains.

Interest in Jake’s Tour Divide effort has been high. Earlier this week, Jake stopped in at Velo News in Boulder where his bike was photographed for www.singletrack.com, which will be following his progress. Also following Jake will be photographer Devon Balet, who will document the race and Jake’s battle to survive the elements and rough conditions of what has been called the world’s toughest mountain bike race. Check out Jake’s team blog at www.pushpedalcrank.com to get daily updates and lots of photos. Good luck dude!