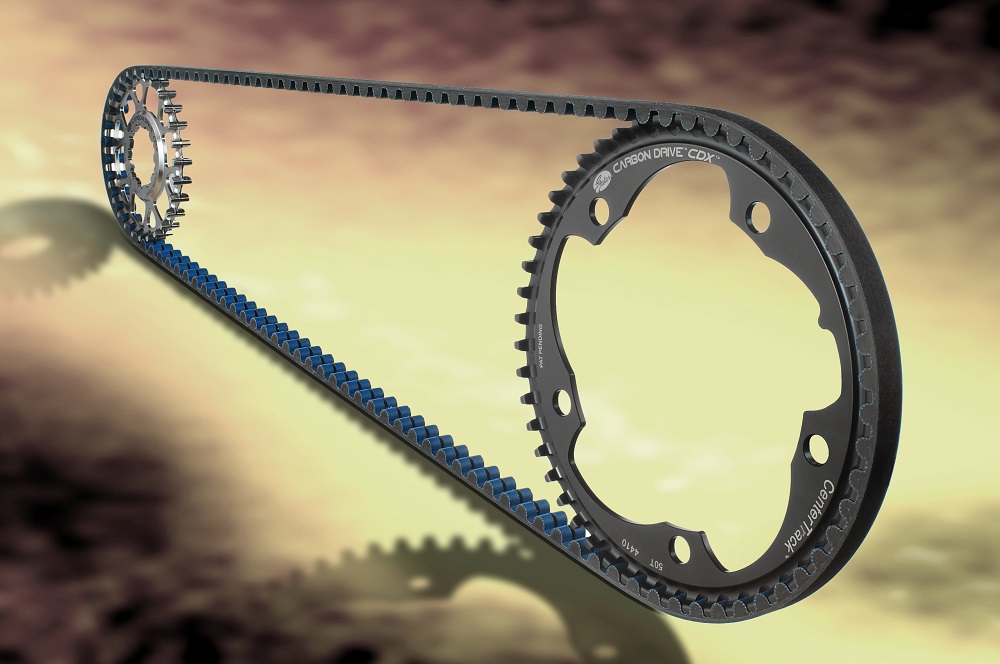 Good news for bicyclists who want to “get belted” this summer: Spot Brand commuter and mountain bikes with the new CenterTrack system from Gates Carbon Drive are arriving in bike shops nationwide this month, and the next-generation bicycle belt drive will be available for after-market purchase in July. Cyclists who want to sample the chain-free, greaseless, low-maintenance system can check Spot’s dealer locator to find a shop near them. Other bike brands will roll out CenterTrack-equipped bike models later in 2011.

Spot is the first brand to come to market with CenterTrack bikes, and the Golden, Colo., company has five models with the new drivetrain:

Consisting of alloy front and stainless steel rear pulleys, and a belt embedded with carbon fiber cords, CenterTrack features an innovative design that offers all the advantages of existing Carbon Drives but with a whopping 20 percent more tensile strength, a slimmer profile and the most advanced dirt- and debris-shedding ever. 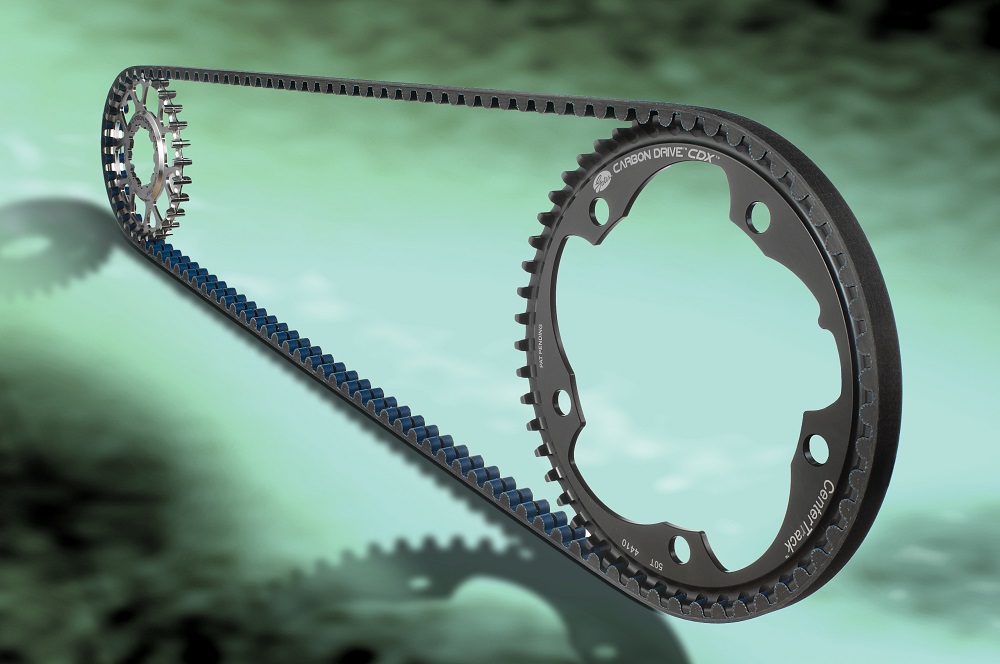 Cleanliness is another advantage. If the belt gets muddy, just hose it off—no greasy lube required. For singlespeed racers, that means less time in the pits and more on the course. For city riders, it means no greasy clothing. Paired with an internally geared hub, Carbon Drive represents the future of high-performance, low-maintenance commuter bikes. CenterTrack was conceived by Wayne Lumpkin, one of the most innovative thinkers in the bike industry and the creative spark and founder of Avid brakes. 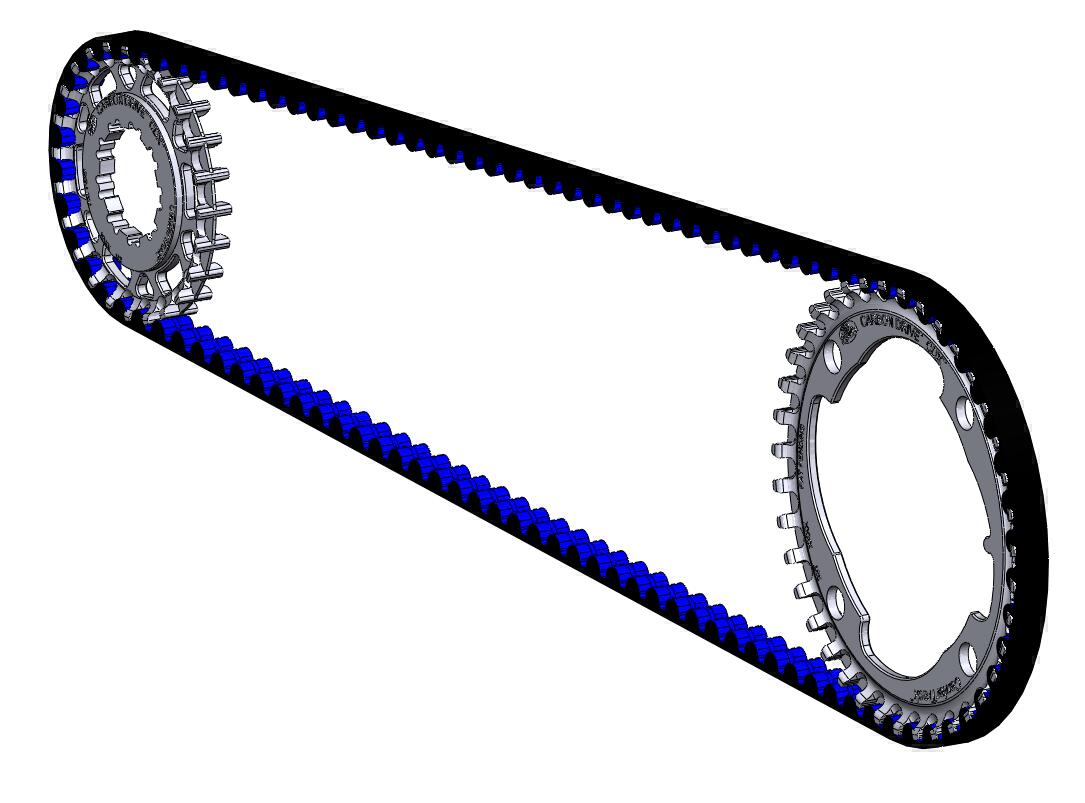 With the launch of CenterTrack, Gates, the global leader in belt-drive applications in the bicycling, motorcycling and automotive industries, now offers three product lines at distinct price points: CDX-CT, CDX and CDC. Introduced in 2008 on four bike models, the popularity of Carbon Drive has grown exponentially. In 2011, 43 brands are selling 90-plus models of belt drive bikes. For 2012, that number is expected to leapfrog again to 130 models as the popularity of commuter cycling booms and bike brands design new models around Carbon Drive. 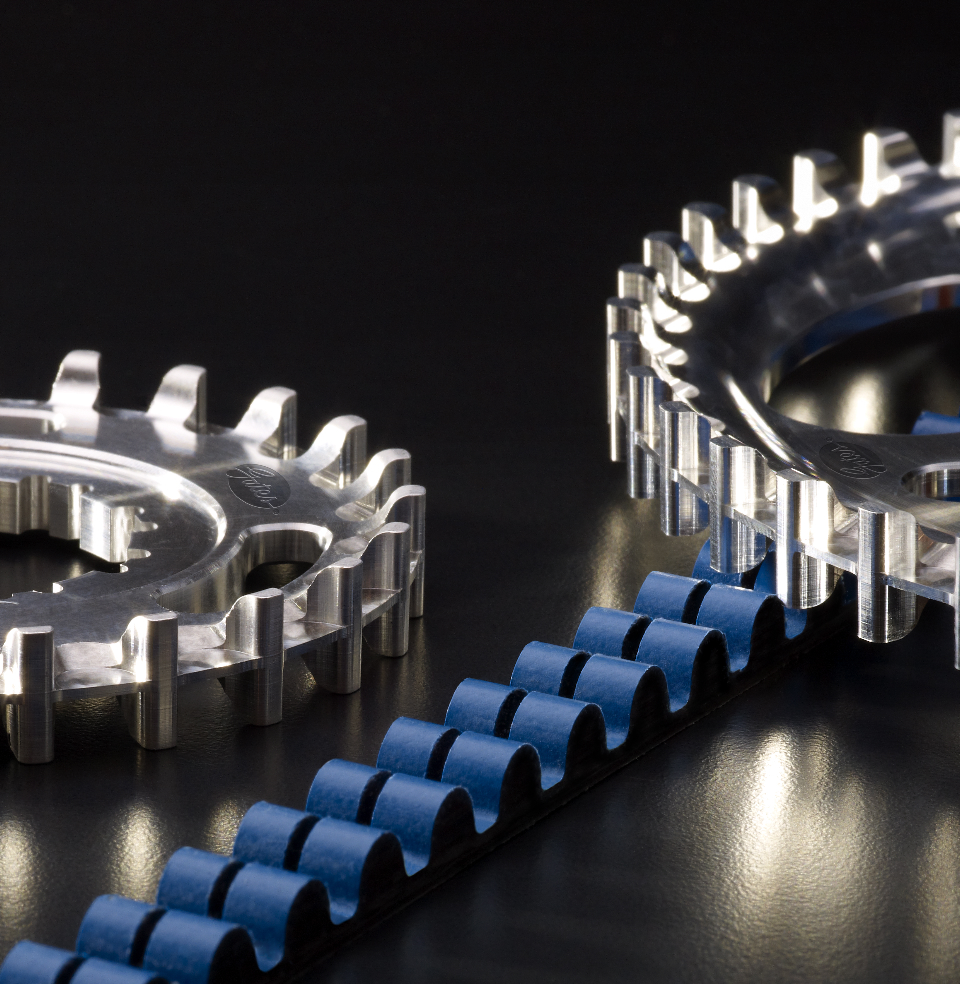 Cyclists with existing Carbon Drives on their bikes who want to upgrade to CDX-CT can order the system through local bike shops beginning in July. The initial product launch is focused on the most popular sizes and will be expanded through the second half of 2011.