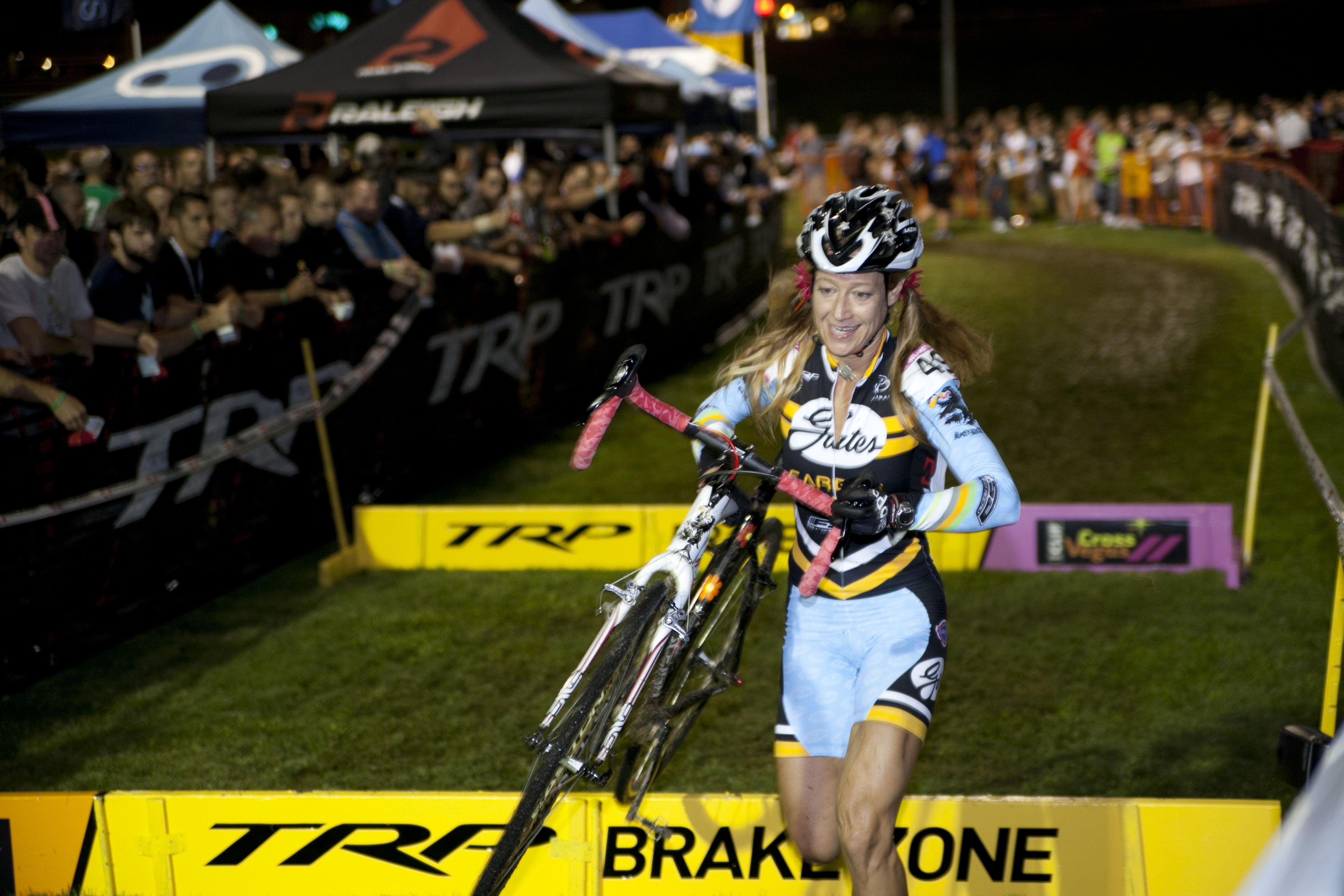 The blue skinsuits dominated the field in the Wheelers and Dealers race at Cross Vegas last week, taking second, third and fourth while Cristina Begy represented in the pro women’s field–smiling all the way (photo credit www.idartagency.com). 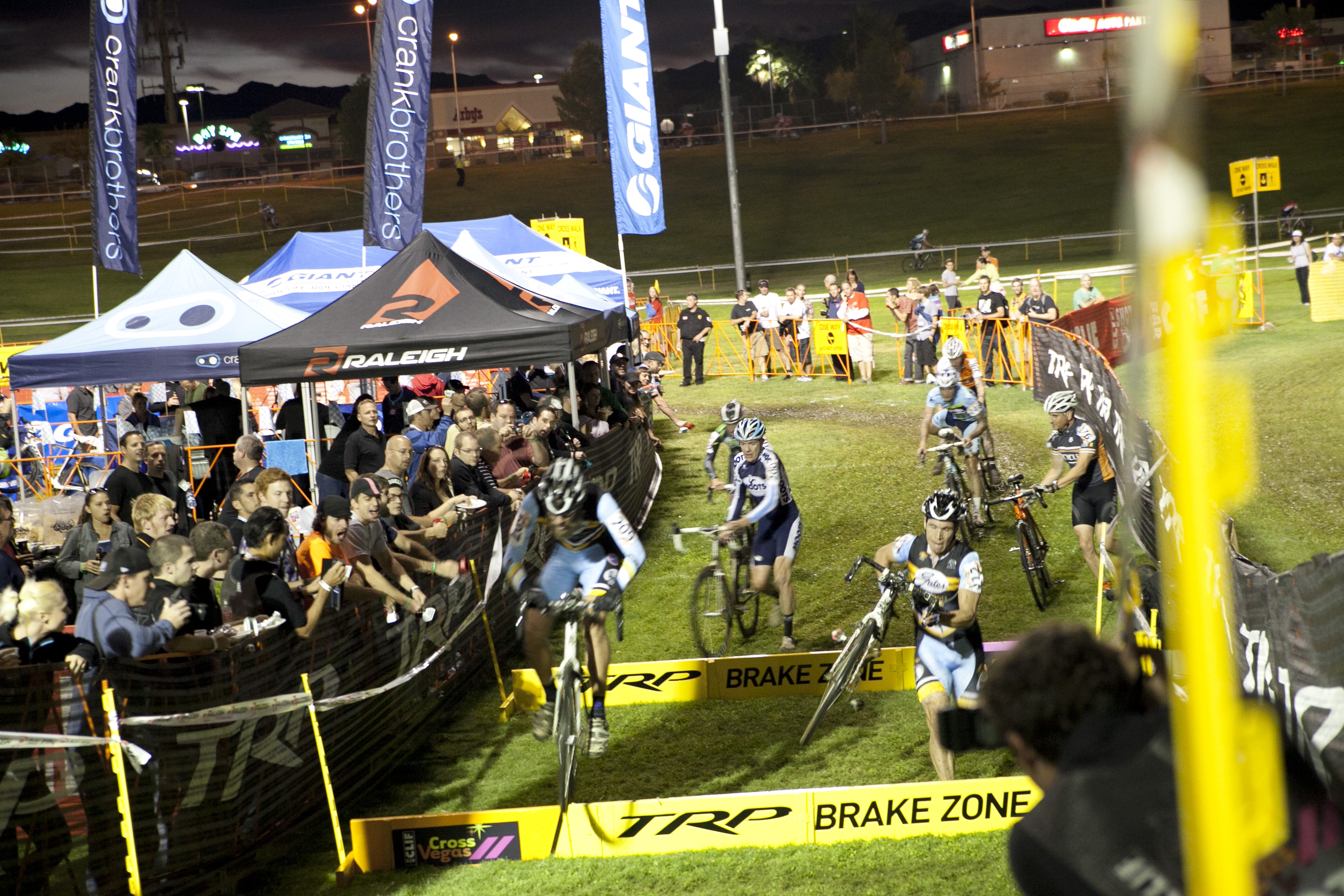 Jesse Swift, who took second in Wheelers and Dealers, edging out teammate Mitch Westall in third, had the crowd roaring as he jumped the barriers on every lap, the only person in the field to do so. (photo: www. idartagency.com) 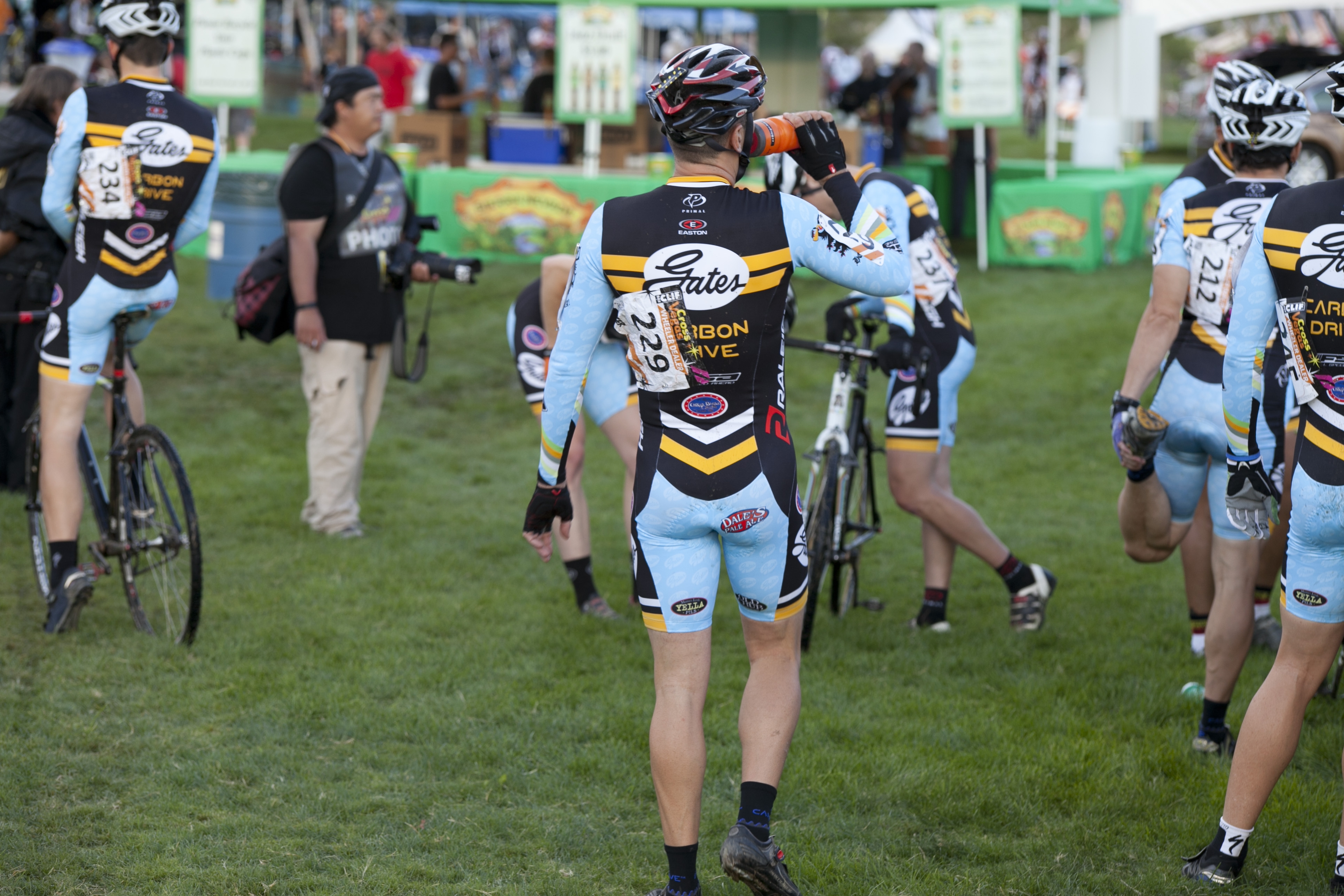 With nine riders in the Wheelers and Dealers field Team Gates Carbon Drive was a dominant presence before and after the race. (photo: www.idartagency.com) 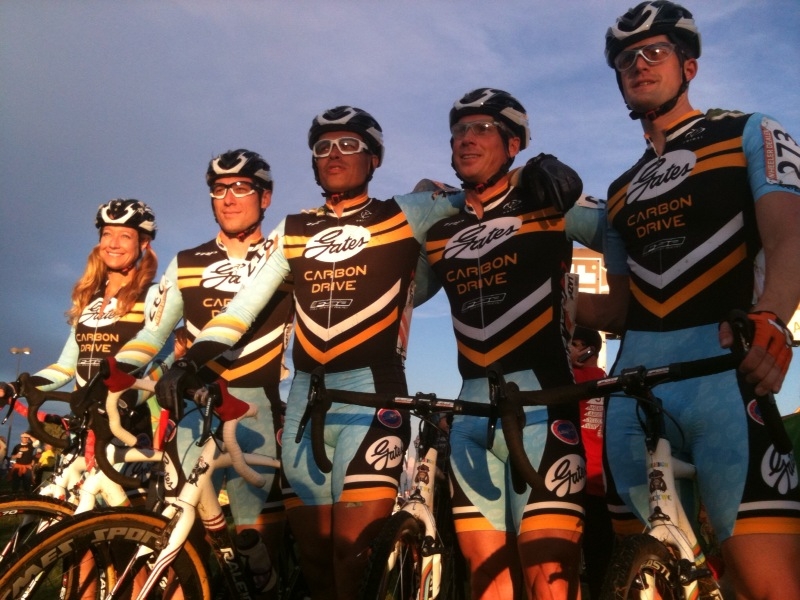 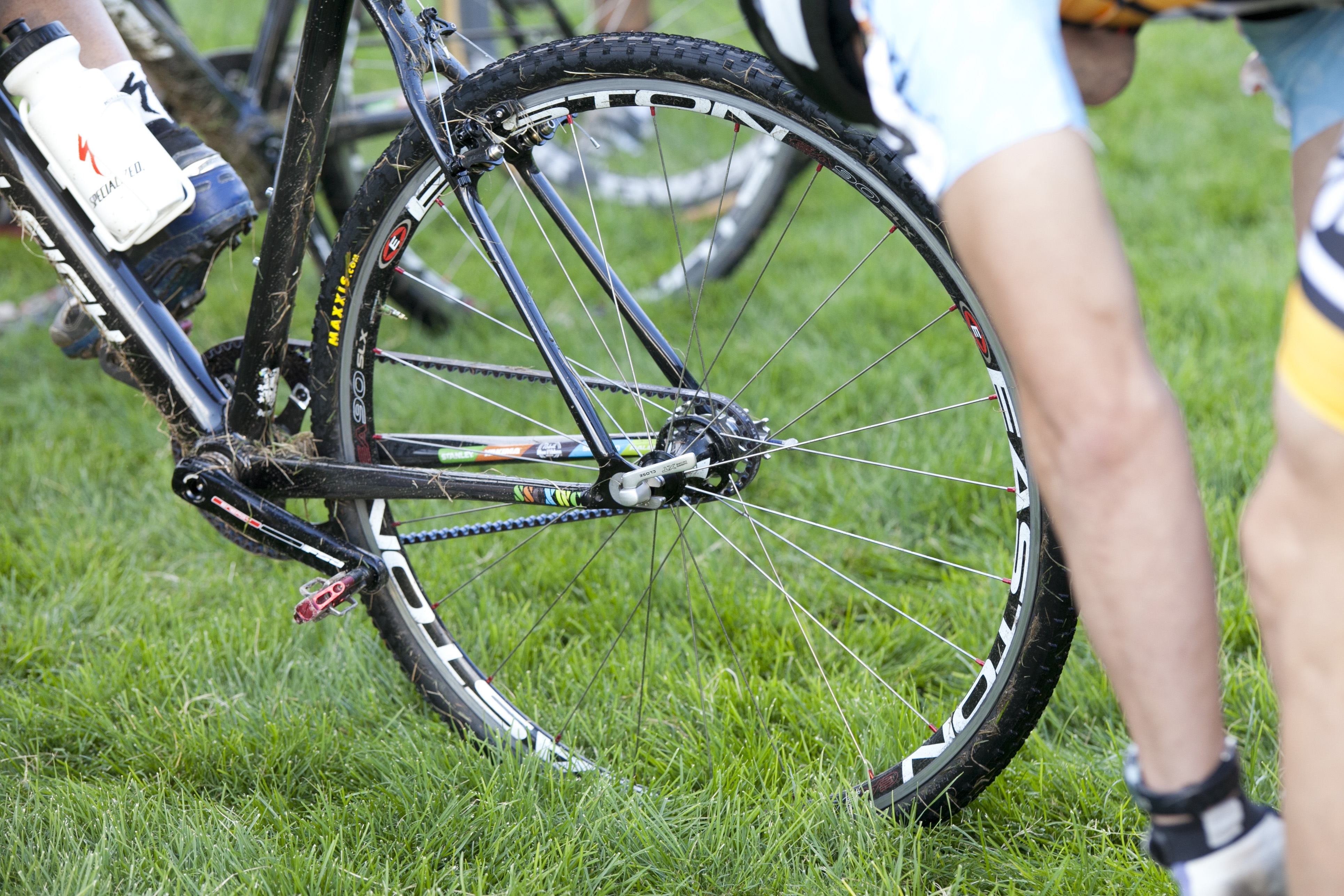 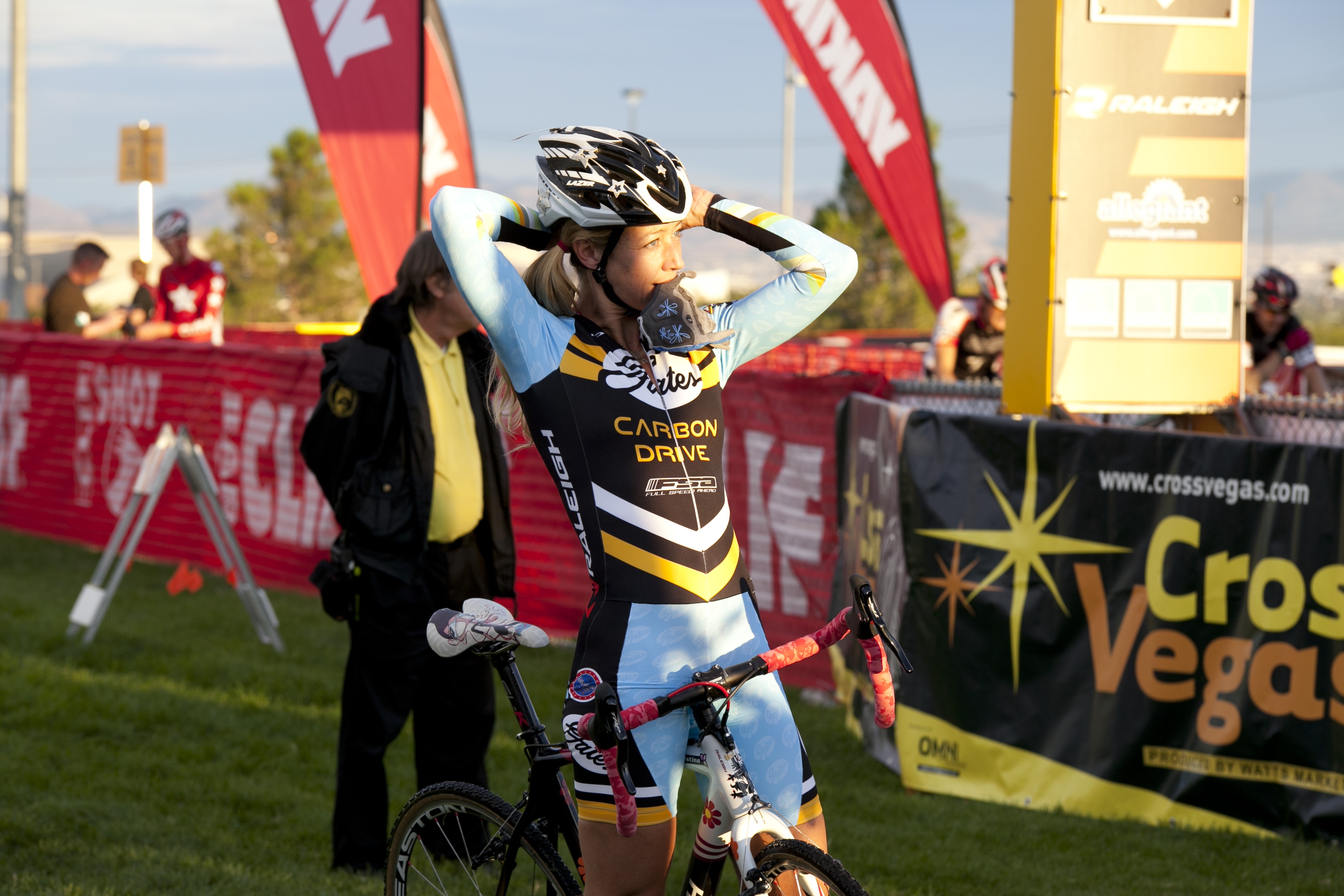 The early season results show that the team will be a favorite once again for the Colorado Cross Cup. Fresh back from Vegas, Carlos Casali took second in the first race of the Boulder CX series, while Taylor Jung got a podium in Buena Vista. On September 10 at Queens of Cross the squad swept the podium. One day later at Green Mountain Taylor Jung won the Cat 4 race in a sprint finish, while Gates took second and third in the singlespeed category. Check out the videos of the team in action: