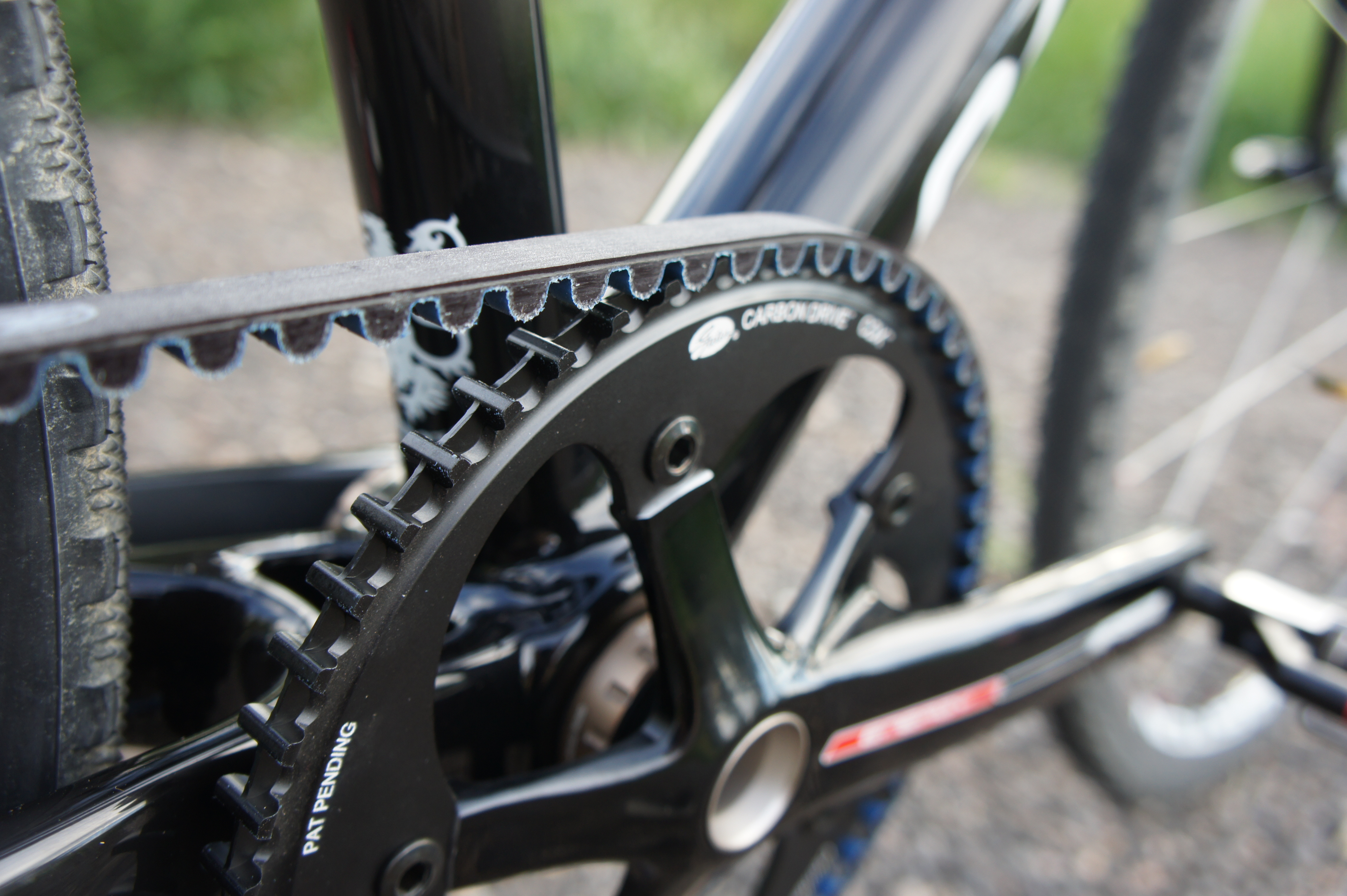 Cyclocross season is alive and well in Colorado! Every weekend is full of races, the US Grand Prix will visit in October and there is even a mid-week cyclocross series for those who can’t get enough on the weekends. That weekday series is the Back to Basics Cyclocross Series, and this past week Cristina Begy, Carlos Casali and Jesse Swift showed up to work on their form.
Cristina started the evening with a strong ride on her singlespeed Raleigh Hodala with Gates Carbon Drive, winning the women’s A race and beating competitors on geared bikes. In the men’s singlespeed race, Carlos and Jesse separated themselves from the field on the first lap and worked together to create a cushion back to third place. Carlos had a great view as Jesse continued to work on his incredible bunny-hopping skills, smoothly riding the barriers every lap. Coming into the finish the two Gates Carbon Drive riders lined up for a gentlemanly man-to-man sprint, where Carlos narrowly took the victory.
On Saturday, racing returned to the Xilinx complex in Longmont for the second event in the popular Boulder Cyclocross Series. The singlespeed cyclocross category continues to have a strong turnout with 24 riders toeing the line at a dusty and technical course. The Gates Carbon Drive Cyclocross Team was represented by Cristina Begy, Carlos Casali, Garrett Davis and Taylor Jung. Right from the gun Carlos separated from the field and took Brady Kappius with him. The two of them worked together to stay away from the rest of the riders for the remainder of the race. After a strong pull by Carlos with one and half laps to go, Brady attacked and finished just ahead of Carlos.
Not far behind, Garrett was holding onto the top 10, while dealing with gearing that was a bit short for the course, and recovering from a week of being sick. Taylor was feeling stronger as the race progressed and caught up to Garrett so that the two could work together for the remainder of race. Taylor took 8th and Garrett took 9th.

Cristina finished up in 19th place, the only woman in the race AND after a very impressive 8th place in the Women’s open race earlier in the day!

So another positive week for the Team Gates Carbon Drive Cyclocross Team as they continue to hone their form for the upcoming Colorado Best All Around Cyclocross team and rider competition which begins this weekend at altitude in Frisco! Carlos Casali’s two consecutive 2nd place finishes in the Boulder Cyclocross Series has him in the points lead, with round 3 coming up in Broomfield in a couple weeks.