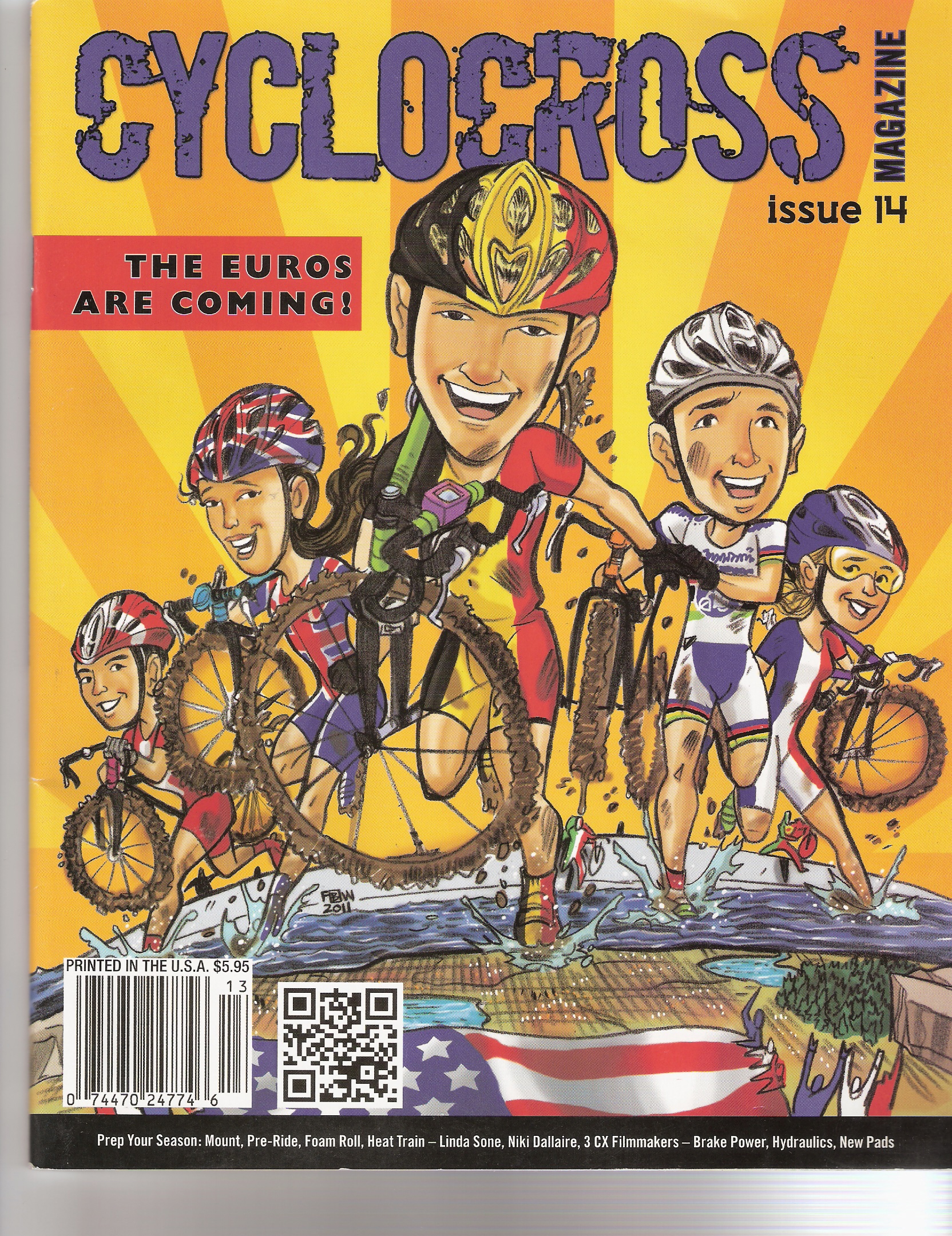 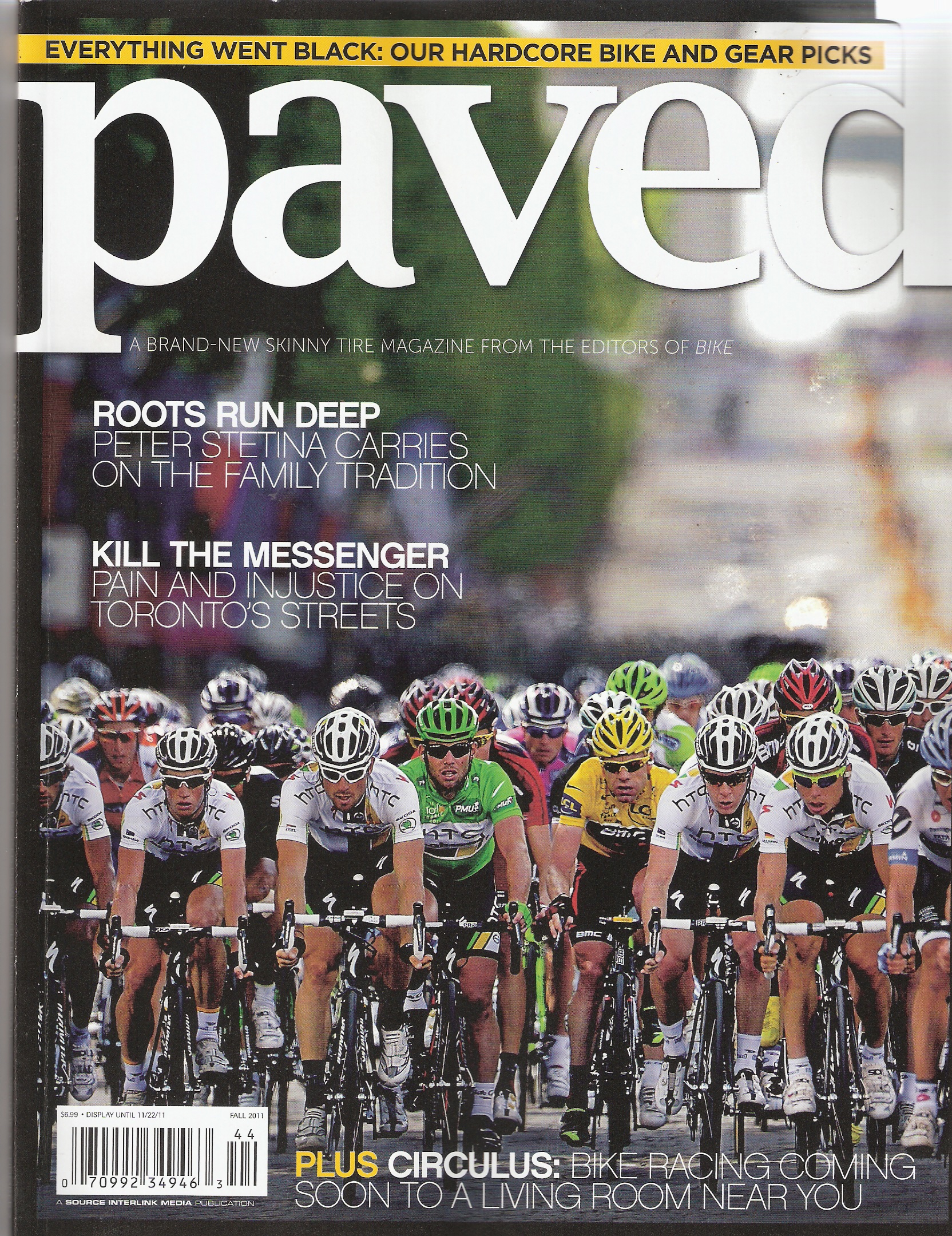 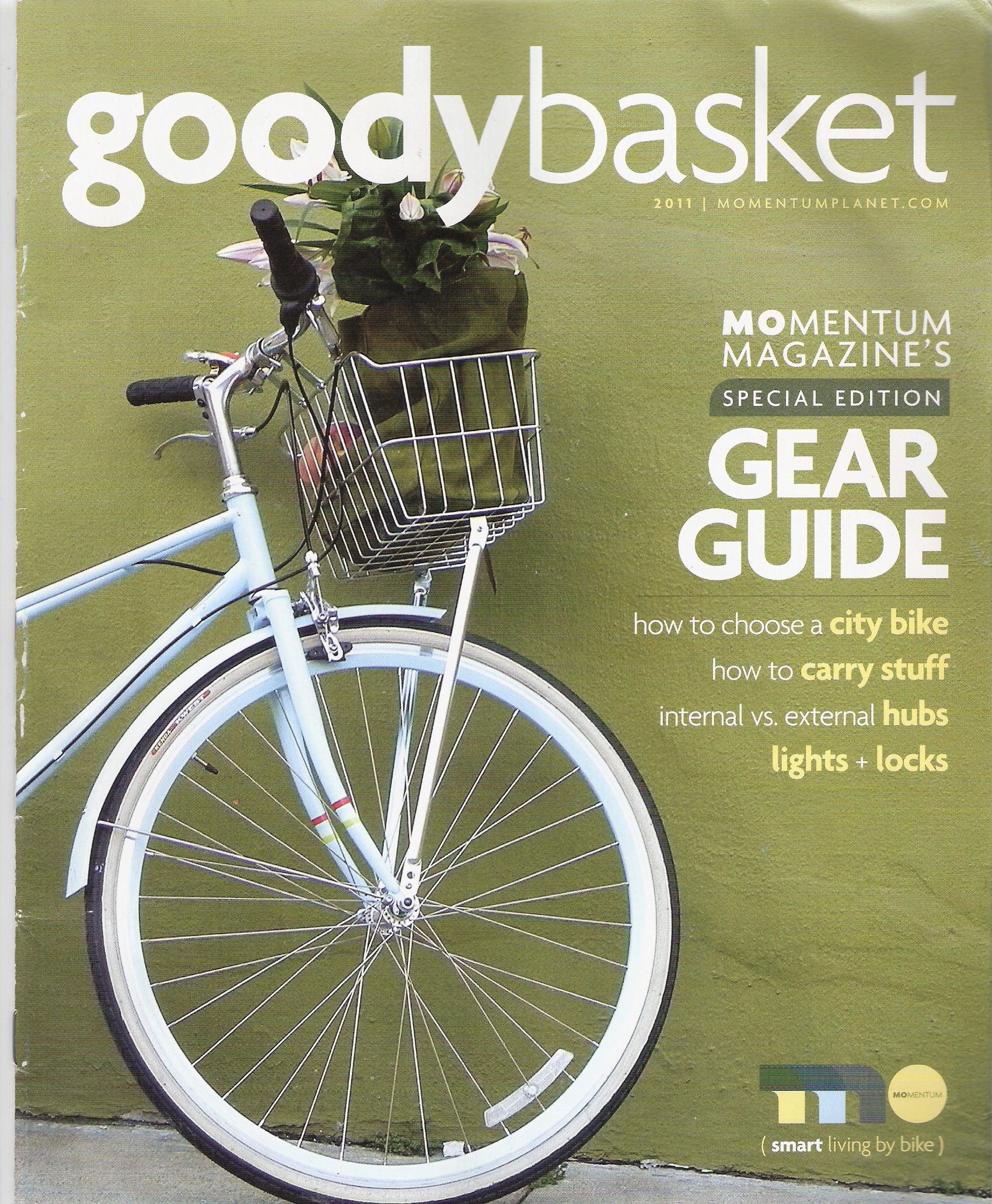 Media coverage of belt drive bikes with Gates Carbon Drive has been coming in heavy this fall. First up is Cyclocross Magazine, which reviewed the carbon fiber Raleigh Hodala singlespeed race bike used by Team Gates Carbon Drive and the River City Bicycles cyclocross team. “Raleigh and Gates have teamed up to build a limited edition high-end, ultralight, dream-worthy singlespeed,” Cyclocross says in its issue No. 14. 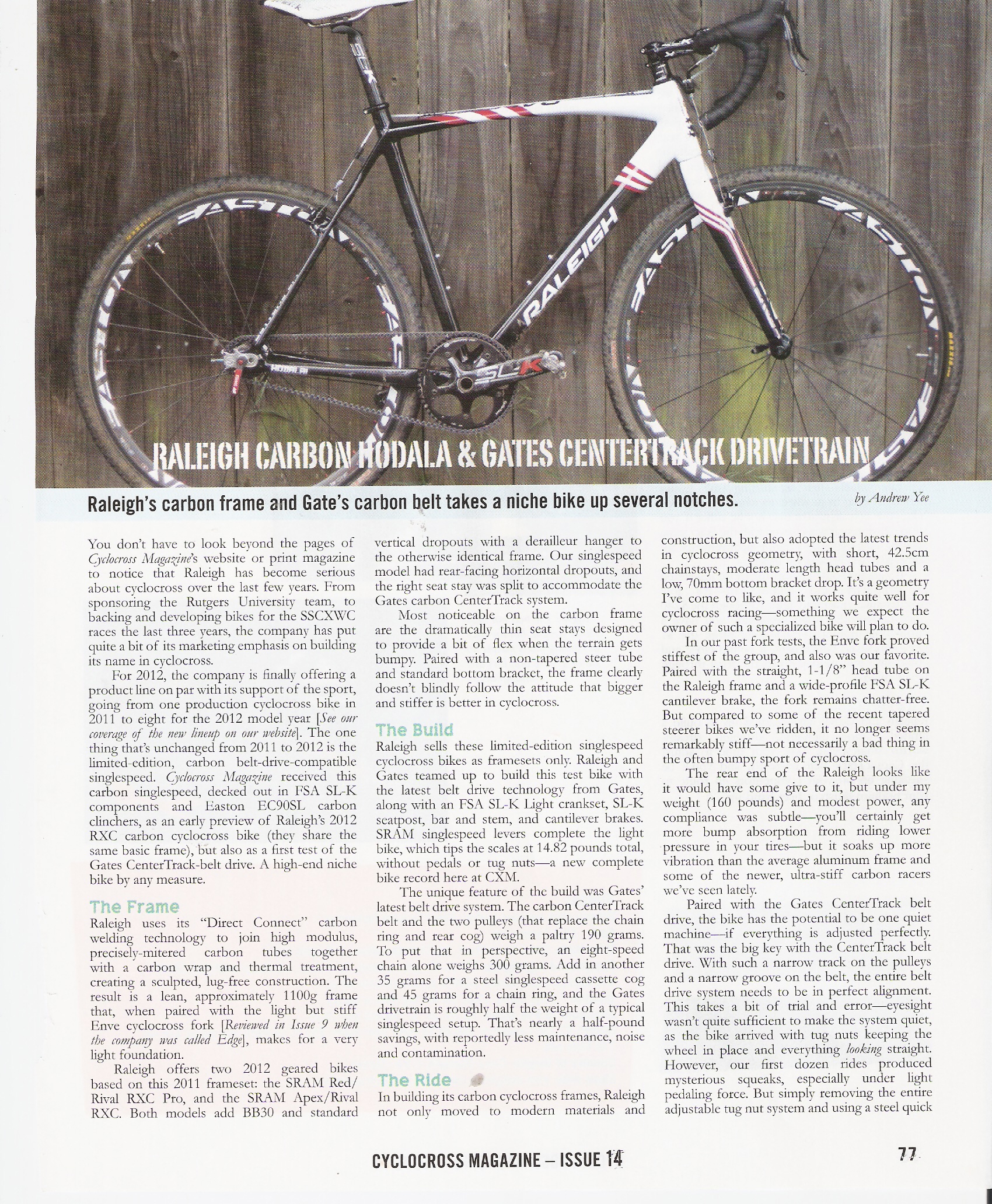 The Fall 2011 issue of Paved, a sister publication of Bike Magazine, features the Spot Brand Ajax Belt. “This is one townie that’s hard to find fault with,” the editors write of the eight-speed commuter bike. 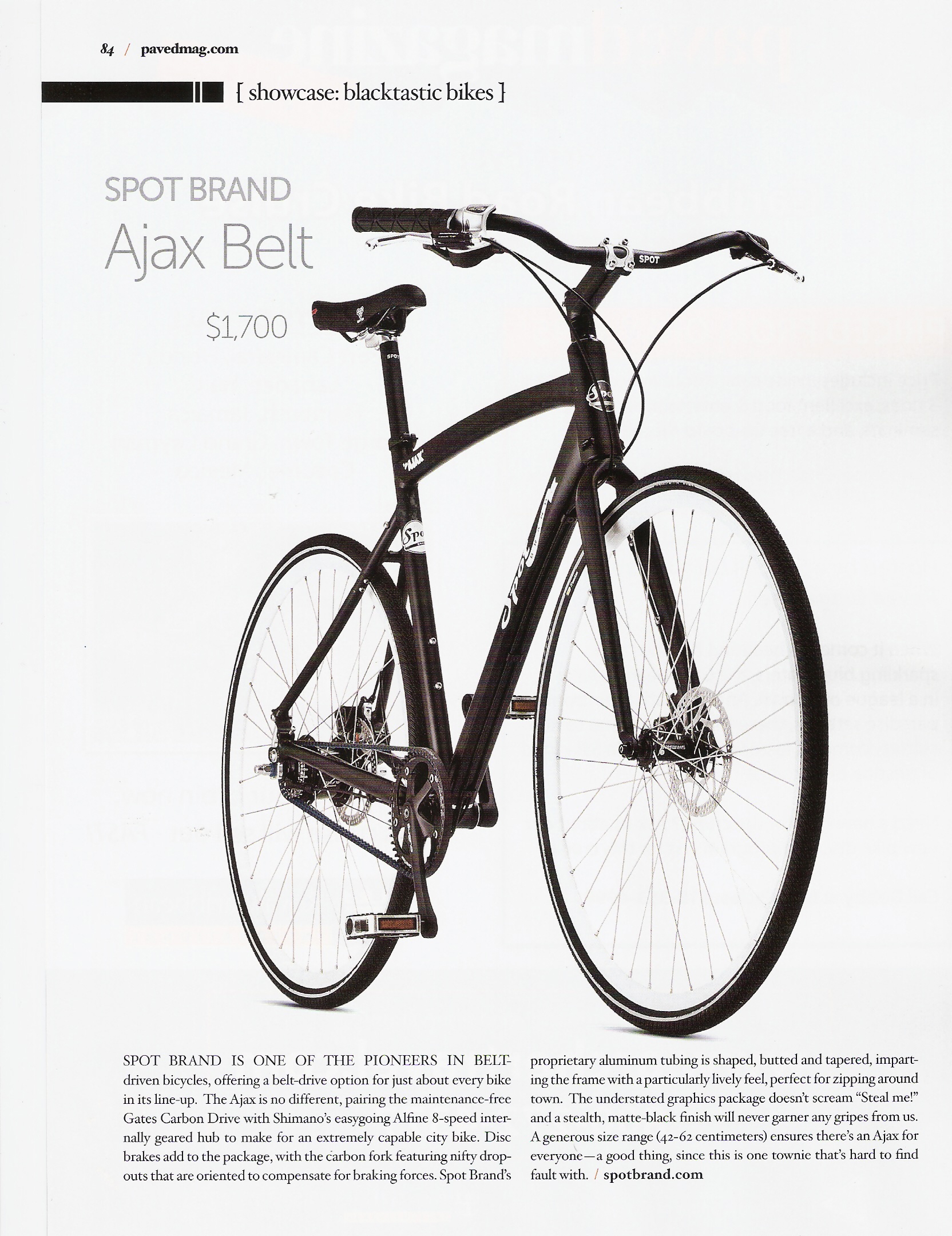 Momentum is a beautiful magazine that focuses on urban bikes and fashion, which means they love the clean and grease-free aspects of Carbon Drive. “Clean, quiet, light and strong, Gates Carbon Drive makes cycling easier–and it looks great with a skirt,” write the editors of Momentum, who featured a Spot Brand Acme eleven speed and a Co-Motion CityView in their 2011 special edition Goody Basket Gear Guide. “Handbuilt in Eugene, OR, with no finicky derailleur and no greasy chain, the CityView will keep your commute and your errands clean and hassle-free.” 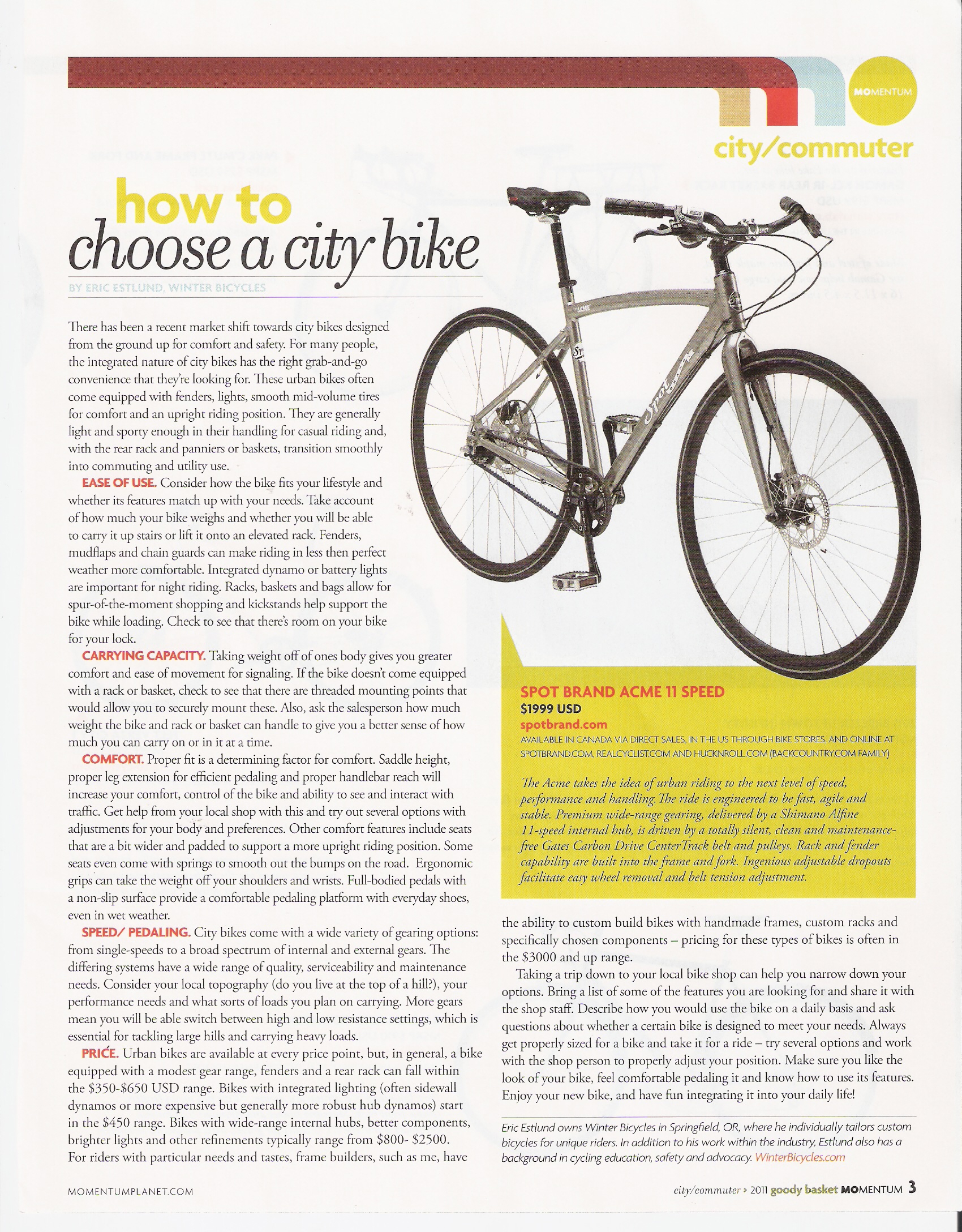 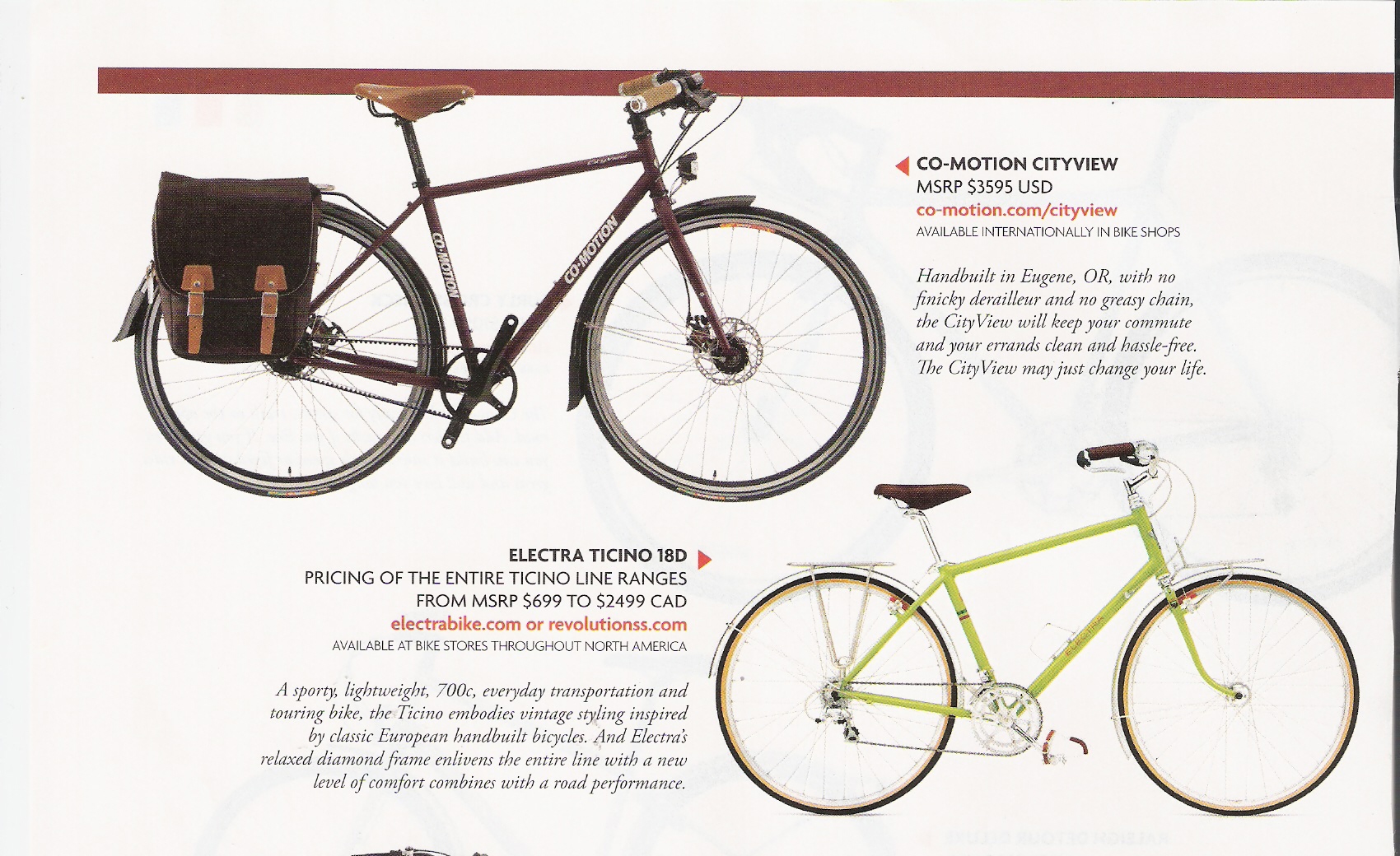 Momentum goes on to say: “The CityView may just change your life.”

Look for copies of these three magazines on newsstands and go get belted, brothers and sisters!