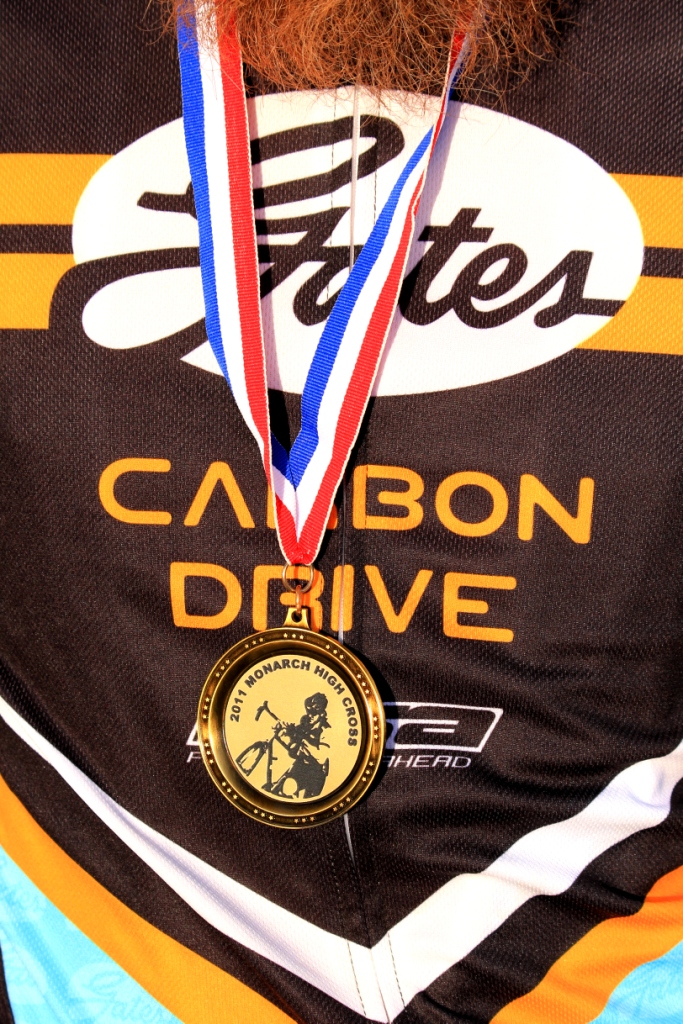 Team Gates Carbon Drive dominated another weekend of racing in Colorado, taking wins on Saturday and Sunday and putting all its riders in the top-nine in the singlespeed categories at both the Blue Sky Velo Cup in Longmont and the Excel Sports Monarch High Cross in Louisville.

With another visit to the popular Xilinx course, Mitch Westall, Carlos Casalli, Taylor Nye, Derek Strong and Taylor Jung lined up for battle on Saturday. Conditions were dry and dusty, opposite from the muddy course the previous weekend in Fort Collins. But our riders had nothing to worry about. The Gates Carbon Drive systems on our Raleigh bikes easily adapt to whatever Mother Nature cooks up.

Mitch and Carlos worked together from the start to build a gap and push one another faster through the technical course. When Carlos went down halfway through the race in a tight hairpin, Mitch charged on alone and held off the chasers, taking the solo win. Carlos recovered to take 3rd, with Taylor Nye and Derek Strong close behind in 6th and 7th. Taylor Jung rounded out a strong showing in 9th. Earlier in the day, Christina Begy flew through the Women’s Open race, showing great form against the ladies with gears and riding in the top six most of the race. Unfortunately, she took a spill with half a lap to go but recovered to take 9th.

Sunday traded dusty conditions for a twisty, grassy course in Louisville, where the Colorado State Championships were held last year. Begy was back to make amends for her crash the day before. Despite conditions that favored gears, she fought for a well-deserved 15th in the Women’s Open race. Lots of guys are going to be surprised by Christina when she jumps into a singlespeed race with us this season!

Later in the day, eight guys from Team Gates Carbon Drive lined up for the singlespeed race. Right from the gun, Gates forced the pace at the front. The first lap through the hairpin sections saw some carnage as Taylor Nye, Mitch Westall, Taylor Jung and myself all got tangled in various forms of carnage. 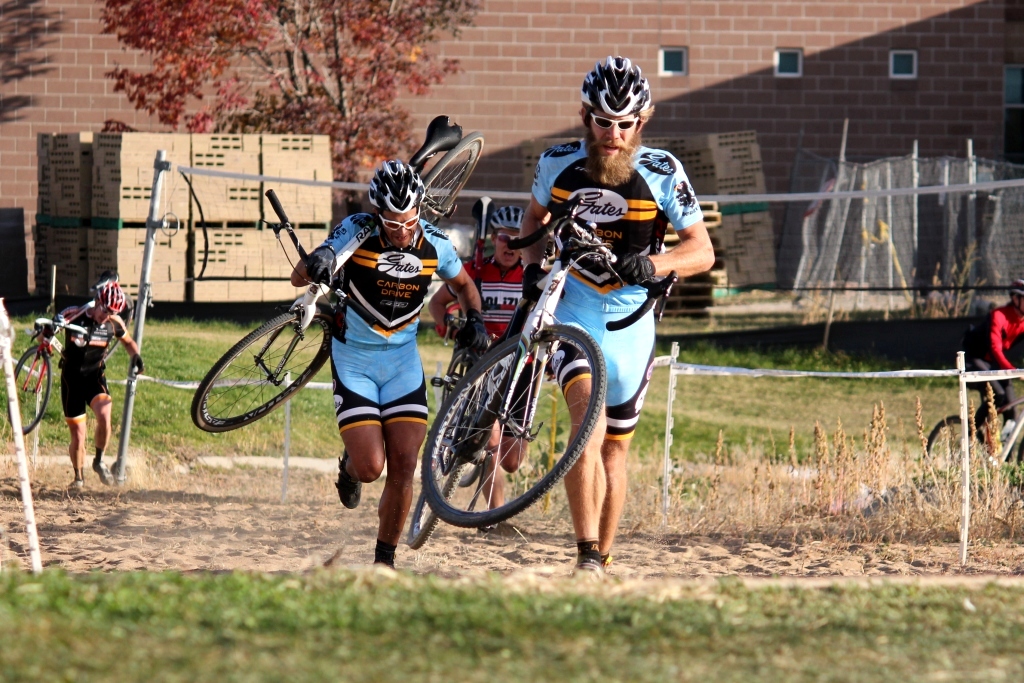 With multiple riders out front, Gates forced the entire field to chase. Westall crashed but fought his way back to the lead group. With a few minutes to go, Jesse Swift and Carlos got a small gap on Garrett Davis and Taylor Nye. With the course alternating between tight, technical turns and flat-out straightaways, the technical riders were able to make up some time by accelerating out of the turns while the power riders laid down some hurt on the straights. Jesse, his beard flapping in the wind, powered to the line just one wheel length in front of Carlos. 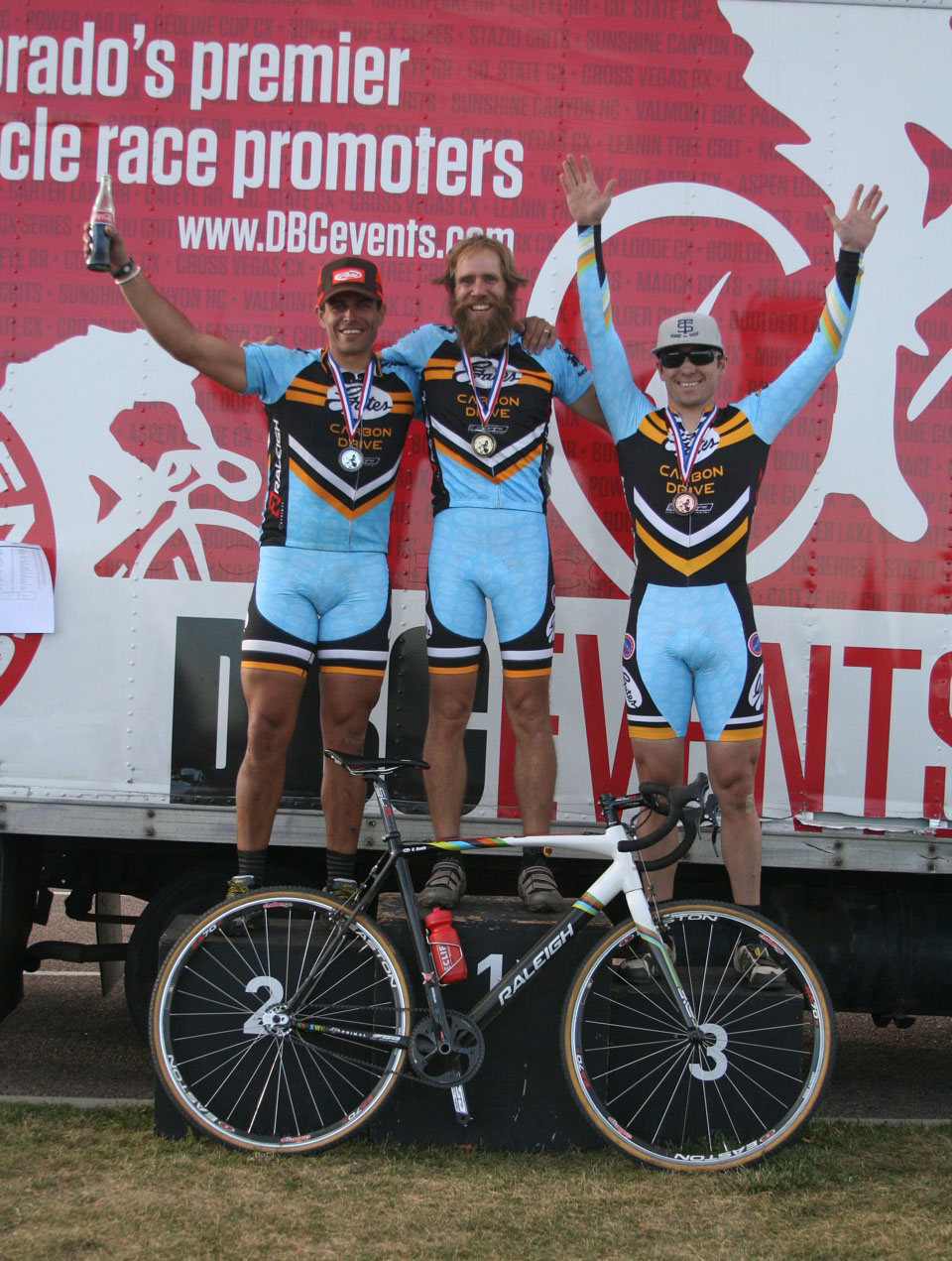 Garrett Davis took 3rd, Taylor Nye took 4th, Mitch Westall came in 5th, I got 6th and Taylor Jung placed a strong 8th. Next week will bring another grassy course, and hopefully another win, as everyone heads to Interlocken in Broomfield. 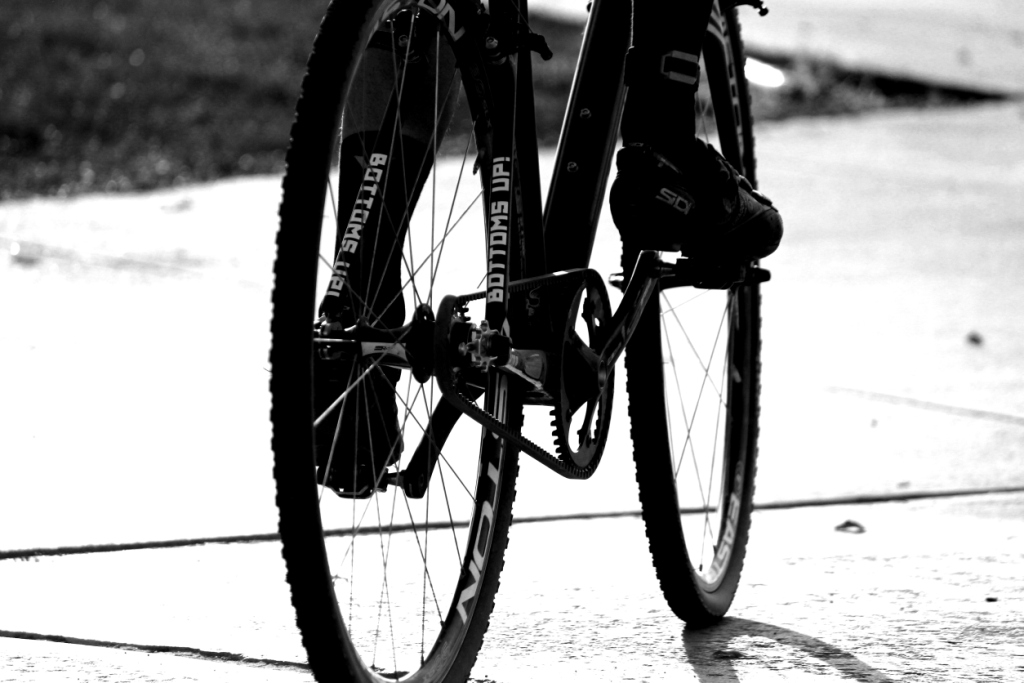