Are you a fan of handmade bikes? If so, you will want to attend the 2012 North American Handmade Bike Show in Sacramento next March 2-4. Gates Corporation, maker of the Gates Carbon Drive, has signed a three-year deal to sponsor the 2012 through 2014 editions of NAHBS. Gates will have a large booth at the show for people who want to learn more about Carbon Drive and see some sexy handmade belt drive bikes.

The sponsorship includes a new design contest at 2012 NAHBS. The Innovative Belt Drive Bike Design Contest will award $8,750 in cash and prizes to qualified independent frame builders who create the most innovative bicycles with Gates Carbon Drive for display at the Sacramento show. Read the press release about the sponsorship agreement here. 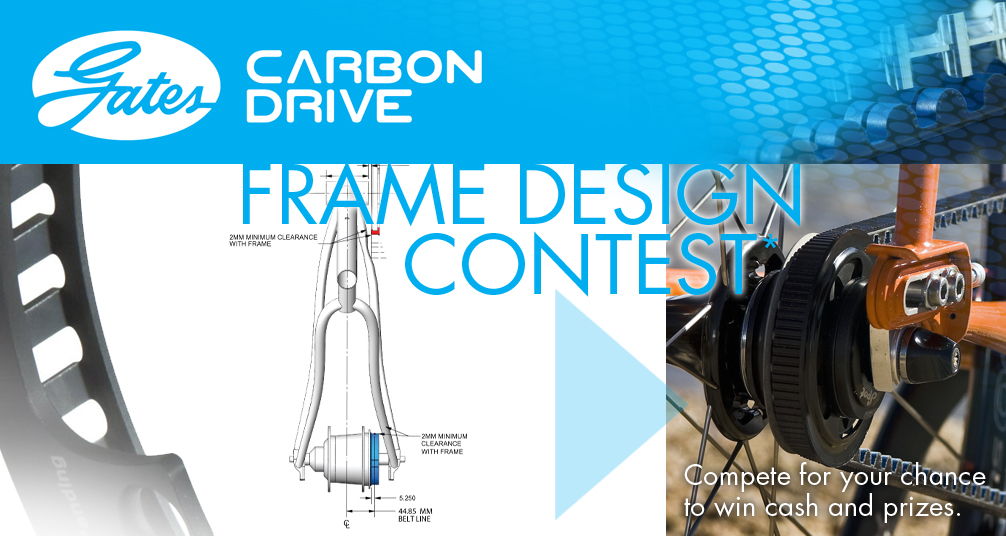 “Since the Gates Carbon Drive technology made its debut at NAHBS in 2008, this exciting new technology has been creating more and more buzz, and we are delighted to welcome Gates to the NAHBS family with this significant partnership,” says Don Walker, president of NAHBS.

Never been to NAHBS? It’s the largest annual showcase of custom bikes in the world. Check out some of the beautiful award-winning belt drive bikes that appeared at NAHBS 2011 in Austin, Texas. Photos of bikes from the 2010 show can be seen here. See you in Sacramento next March.