Denia, Spain is a small city on the Mediterranean coast, and it is here that the BMCRacing Team recently wrapped up its two-week January training camp.Team headquarters was at a hotel surrounded by a golf course, from which the team went on long training rides in the surrounding coastal mountains and hills.Visiting the training camp was an opportunity to see some of cycling’s greatest competitors: Tour de France winner Cadel Evans, American legend George Hincapie, Norwegian sprinter and classics rider Thor Hushovd, youngAmerican TaylorPhinney,Philippe Gilbert, Alessandro Ballan and more–27 riders in all–as they prepared for the season to come.Thanks to itsnew sponsorship of the BMC Racing Team, Gates had the opportunity to attend the lastfew days of the camp to witness the action. 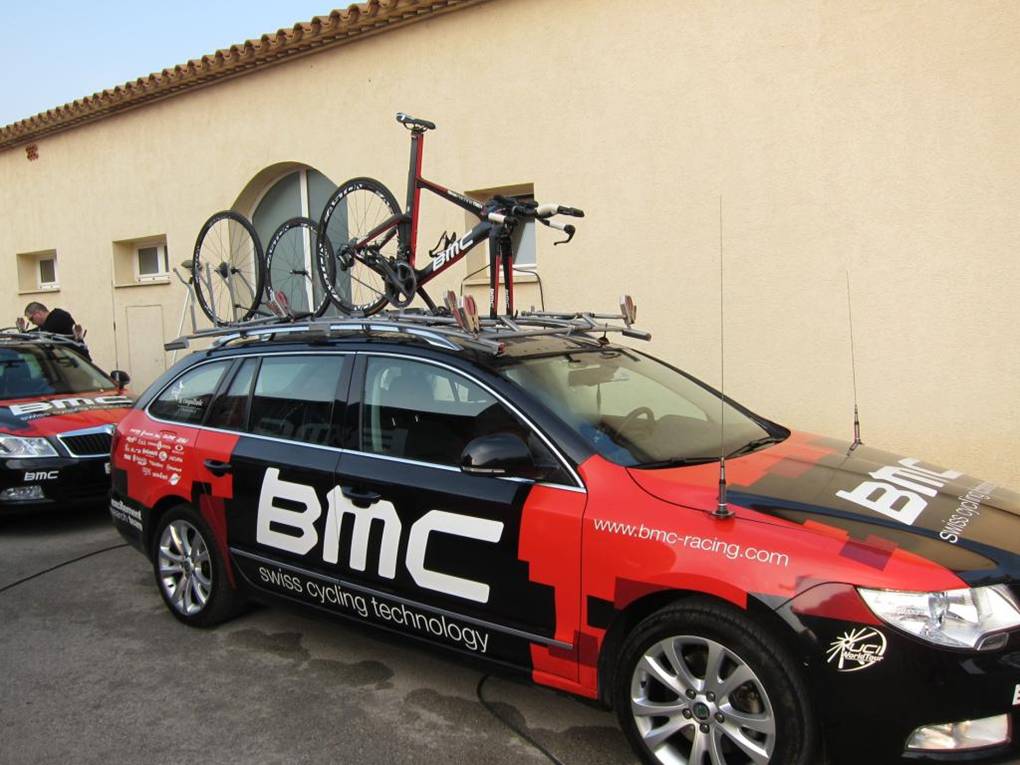 The hotel bustled with riders andan army of team staff members–physical therapists,mechanics, press officers, physicians, soigneurs, the director sportif and his assistants.Mornings began with a yoga session to limber up. Afterbreakfast, the team gathered ata BMC encampment outside surrounded bya caravan oflogo-coveredvehicles: a team bus and truck, as well as vans and teamcars. All the vehicles now carry the Gates logo. Mechanics tuned bikes, riders stuffed energy bars intopockets, thedirector sportif outlined the day’s training goals and then theriders went out in three waves, disappearing for 3-6 hours. After returning, the riders ate lunch, followed by afternoon massages and relaxation, with a late dinner at 8:30 p.m., as is the custom in Spain.

The other big group in attendance was journalists. The hotel bustled with videographers, magazine writers, bloggers and representatives from all the major cycling media outlets. Riders and team management held press conferences and interview opportunities, and journalists peppered them with questions. Could Cadel repeat with a second Tour de France victory in 2012? What are the other major team goals for the season?

As the official Lifestyle Bike Sponsor of the BMC team, Gates exhibited new Carbon Drive technologies and a BMC “masschallenge” bike, which Evans, Hincapie and other riders are receiving for personal use and commuting, along with a stable of “urbanchallenge” 11-speeds for staff and management to use at race venues.Hincapie, German rider Marcus Burghardt and other team members stopped by the Gates exhibit to check out the stealthy and lightweight team commuter bikes, curious to learn more about Carbon Drive.

Stay tuned for more news about BMC Racing Team as their season progresses and they compete in the major tours, as well aspremier US stage races including Colorado’s Pro Cycling Challenge in August and the Tour of California in May.