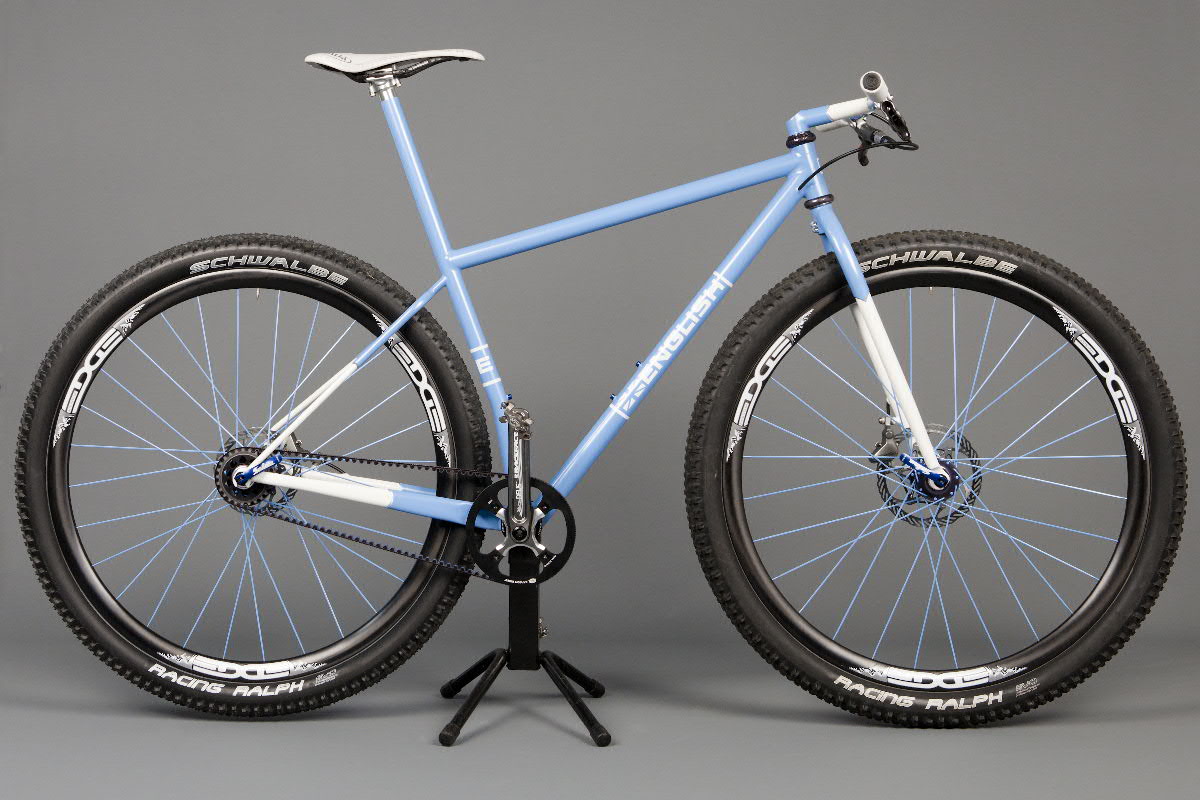 Rob English of English Cycles in Eugene, Ore., just sent us this photo of his custom singlespeed 29er that he is entering in the Gates Carbon Drive design contest at the North American Handmade Bicycle Show in Sacramento next month. Rob plans to show three belt-drive bikes in his booth, and he is eager to compete for a share of the nearly $9,000 in prizes that Gates will award to competitors. Rob says the bike “features a look-closely-to-see-it split dropout design,” along with specially shaped and very short chainstays, and a curved seattube so the wheel can tuck forward. “The belt gives a very clean appearance, and this is accentuated with an integrated adjustable seat mast, internal hydraulic hose routing and a custom headset.” See more photos of the bike here.

Gates is a sponsor of NAHBS 2012, and the current issue of the online NAHBS newsletter features a story about the design contest and some of the builders who have entered bikes, including Boo, English, Caletti, Iglehart, Inglis/Retrotec Cycles, Shamrock Cycles and more.

Curtis Inglis of Retrotec will be displaying this belt drive beauty (below, not yet complete) with Rohloff hub. It will be in the Cycle Monkey booth on a trainer so people can take it for a stationary test spin. Come see these bikes and more, and check out the Gates Carbon Drive booth at NAHBS from March 2-4 at the Sacramento Convention Center. 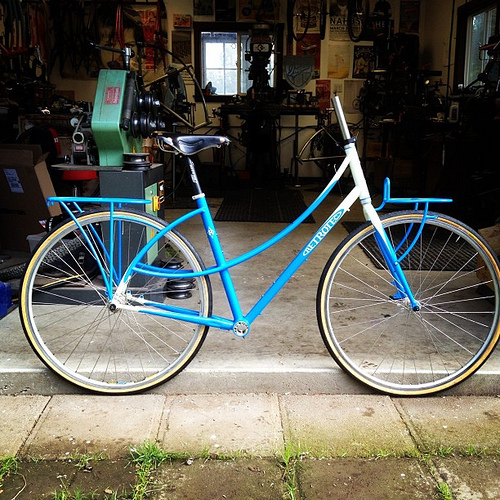 And for those who want to learn more about a great production mountain bike with Gates Carbon Drive, Bike Rumor has just posted a story about the Raleigh XXIX singlespeed they have on test.