Fat Bikes in Cheddar Country: A Wisconsin Rider's Adventures on a Schlick Northpaw 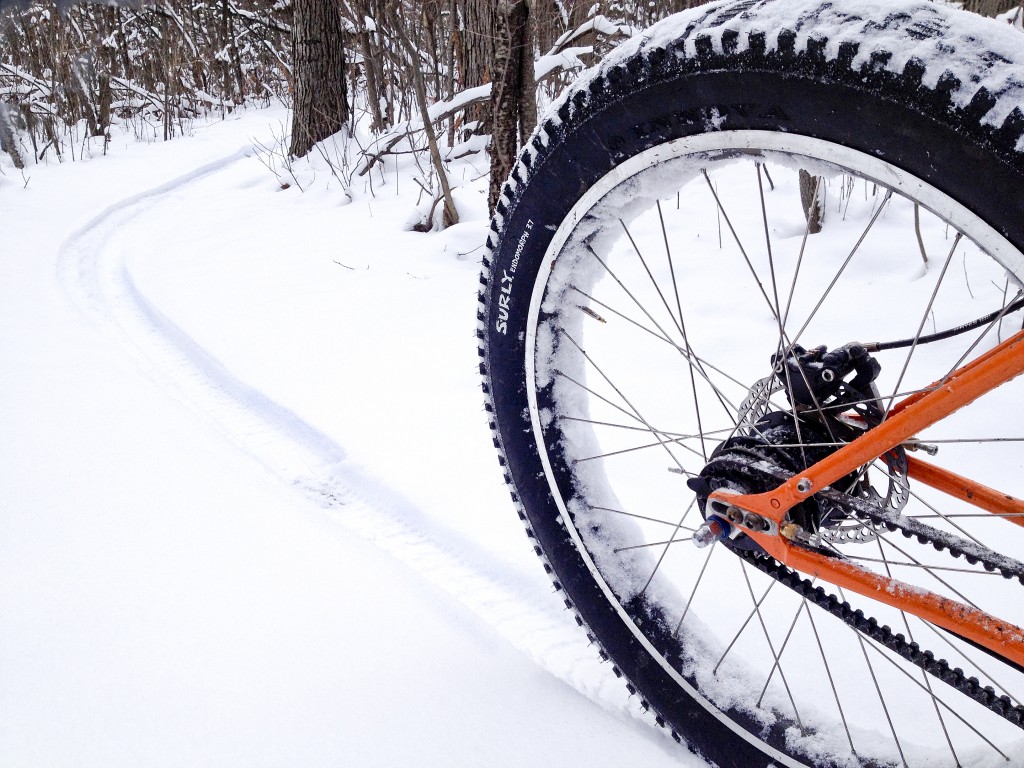 For much of the past year, Dave Schlabowske of the Bicycle Federation of Wisconsin has been testing a belt drive fatbike on snow, sand and singletrack up in cheese country. Fatbikes feature oversized tires for riding on snow and terrain that would be impassable on skinny tires. Dave’s bike is what he calls a “cheddar build” Schlick Northpaw. In addition to Gates Carbon Drive, it features a Shimano Alfine 11 and 26×4.0 tires. Dave reports that the drive train has performed flawlessly in all conditions. Here’s what Dave wrote about the genesis of this “extra sharp” cheddar build on Fat-bike.com.

I caught Fatbike Fever earlier this year so I went to see Dr. Greg Smith of Schlick Cycles who prescribed a cure in the form of an Orange Schlick Northpaw. There are other manufacturers of fatbikes out there, but since we have such a great bicycle industry in Wisconsin, I always try to ride local if I can. Schlick Cycles is company on the north side of Milwaukee founded by John Schlick and Greg Smith. The Northpaw is their version of an offset fat-bike.

It is built right here in the USA by long-time Iowa frame builder Tom Teesdale. I had my frame built with Paragon Slider belt drive compatible dropouts and standard front and rear dropout spacing so that it would accommodate a Gates Carbon Drive CenterTrack belt drive, and the new Shimano Alfine 11-speed internal hub and a matching Alfine dynamo hub.

The frame is built with a 1.5″ head tube to accommodate an adjustable headset, like Cane Creek’s AngleSet, so riders can dial their ride to the local or seasonal conditions. Rack mounts in the rear and on the (cooler than unicrown) front segmented fork come standard. 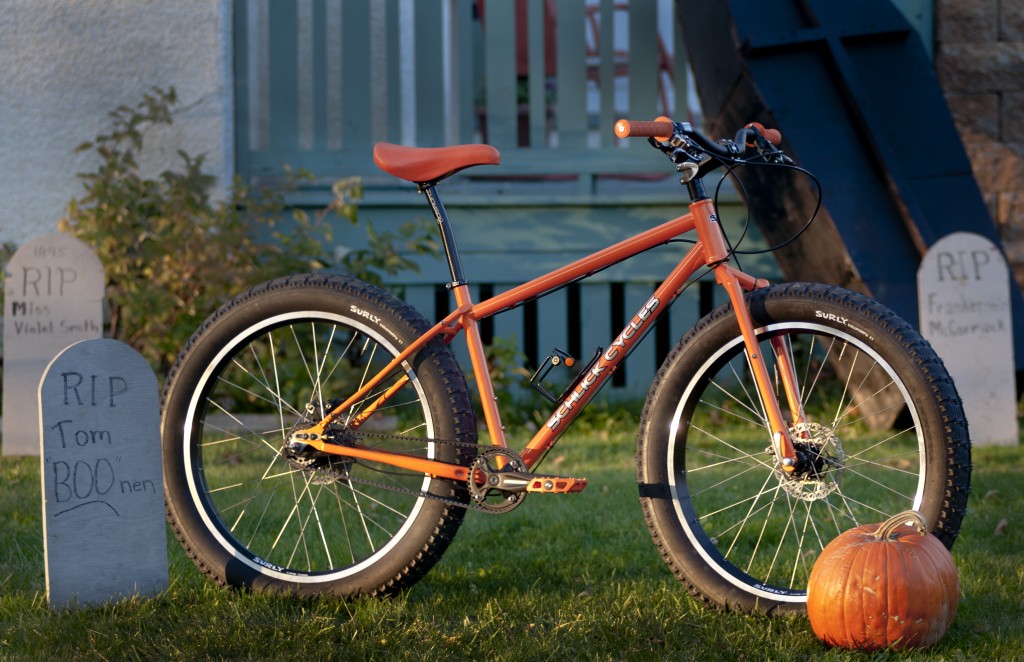 Read Dave’s post “Making Paw Prints” about riding his Northpaw on the snowy Wauwatosa trails here. His post about the Moustache Beach Race, a fatbike-only race along Lake Michigan shoreline, can be read here. 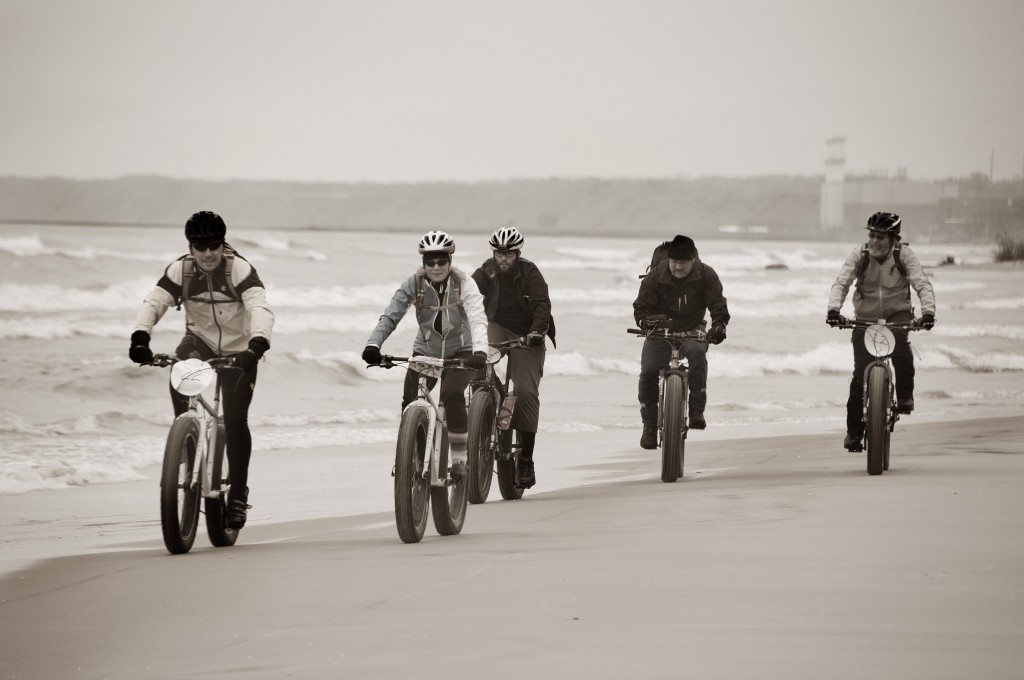 Dave even used his Northpaw, appropriately hunter orange, to ride through the snow to his deer stand on a hunting trip, described in his post “Northpaw in the Woods.” 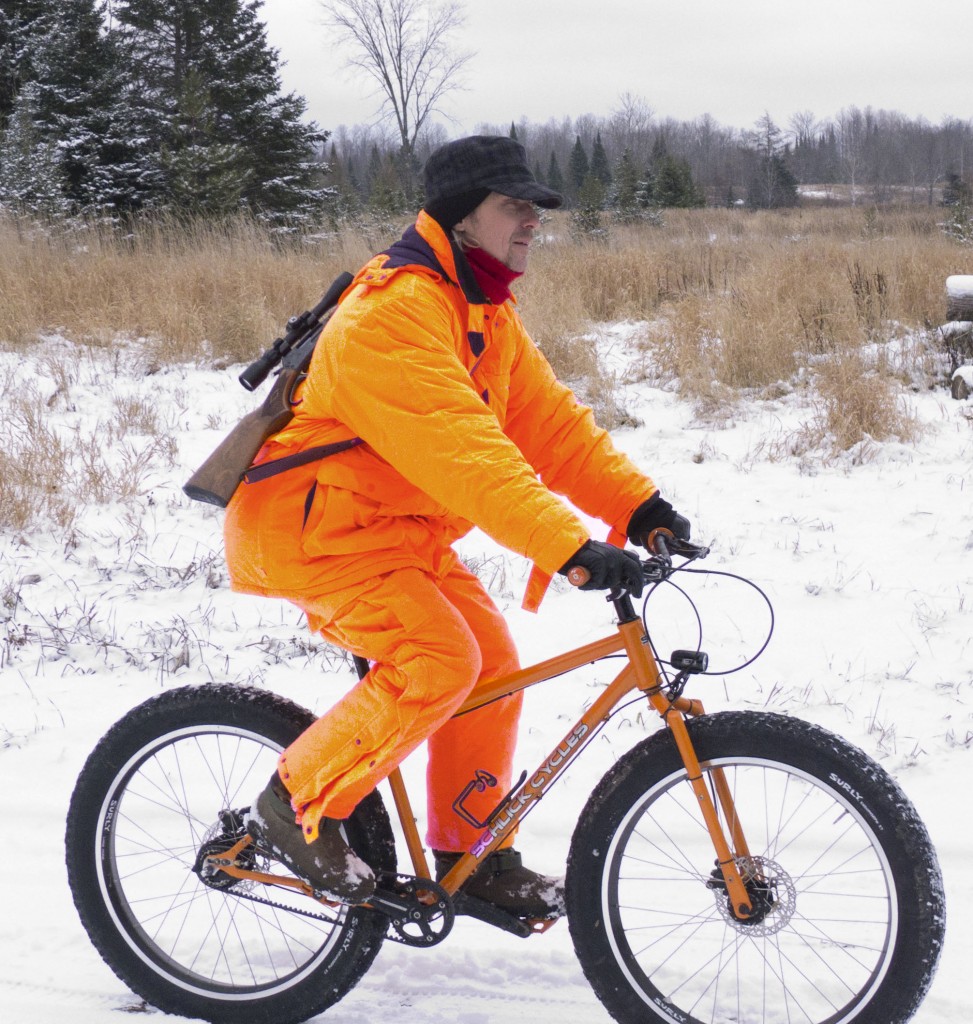 Thanks to Dave Schlabowske for allowing us to use his photos, and for having such a good time on his belted Northpaw. Keep us posted on your adventures, Dave.