Ripping the SoCal Bike Paths on a Trek District 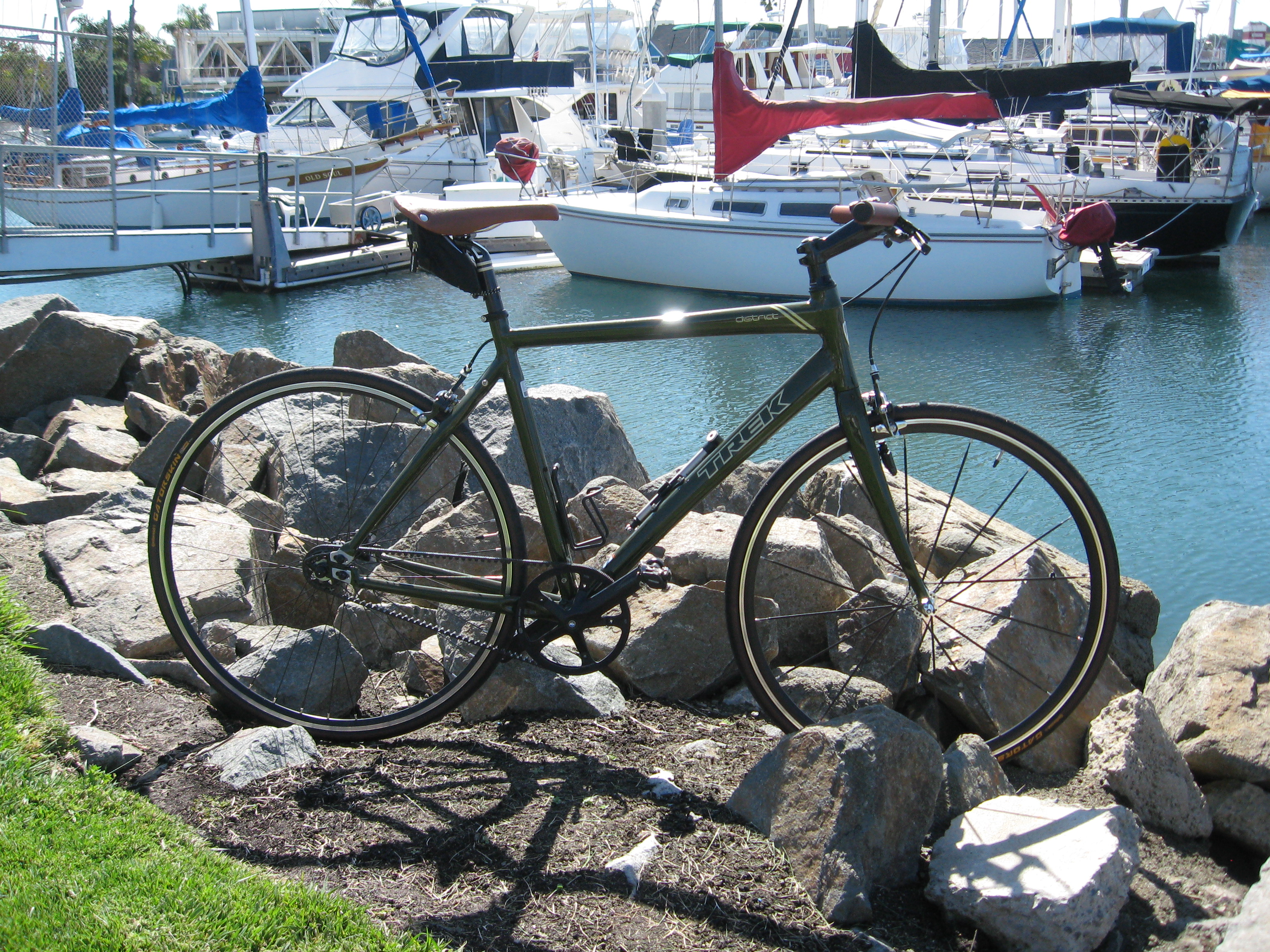 “I ride every day and that belt drive is the best buy I’ve made in a long time.” So says Bill Boggs of Oceanside, Calif., about his Trek District. Boggs is a college professor who encourages his students to exercise, and he rides about 25 miles a day, often on the hundreds of miles of bike trails and bike lanes in San Diego and Orange counties. “I average around 18 miles per hour for miles and miles,” he says. “After a long ride I simply wipe the grime off the bottom bracket andit’s ready for the next ride.” 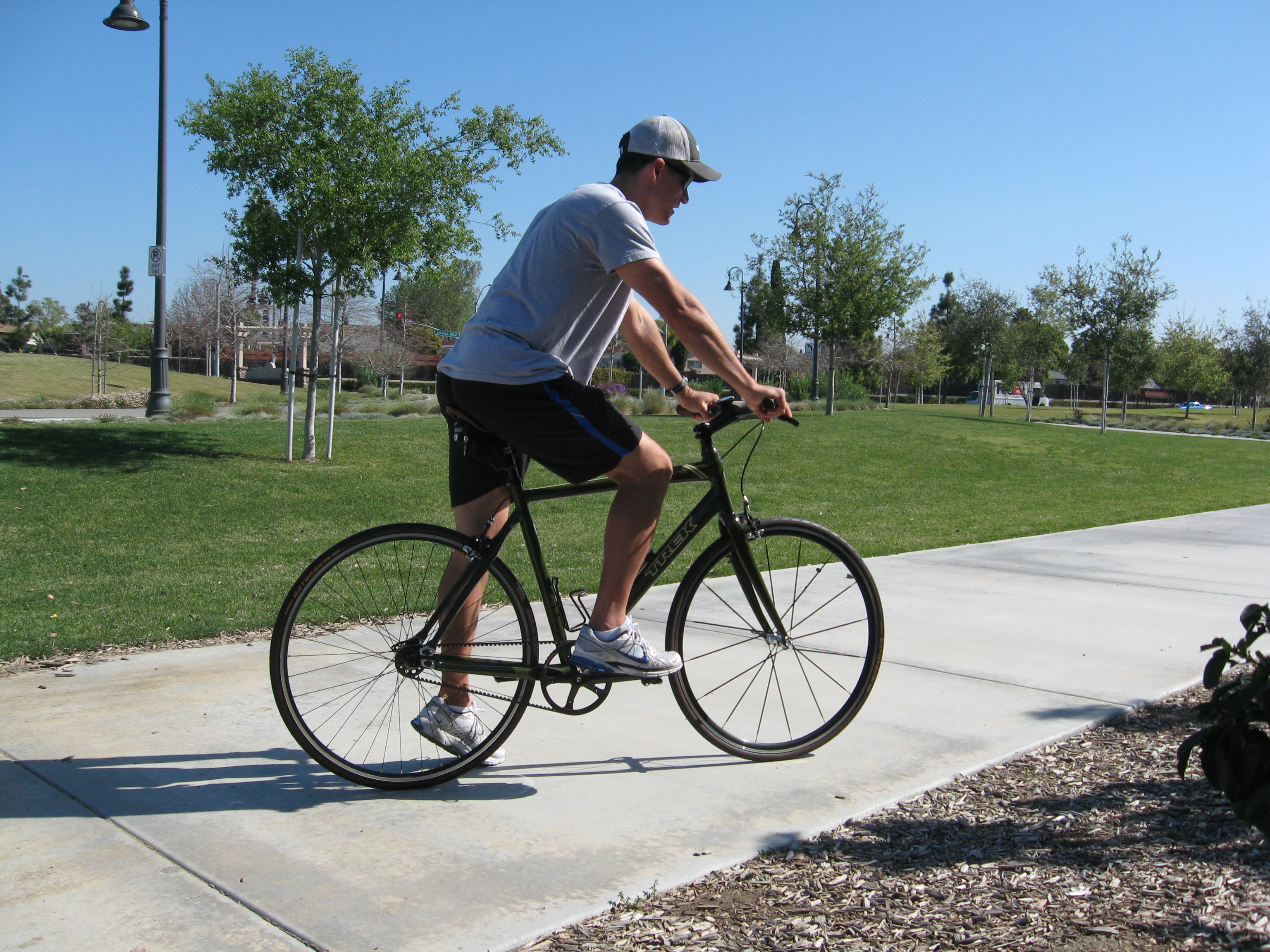 Boggs bought the District because he wanted a low-maintenance singlespeed. “I can simply air up the tires and go. No chain to mess with in terms of lubrication and adjustment.” Boggs had his shop, Alpha Bikes, do a wheel rebuild to shave off more than a pound. The new front wheel is a 775-gram Neuvation R28SL Aero, the rear a Shimano XTR rim brake hub laced to a black Velocity Aerohead 36 hole rim. “Step on the pedals and it jumps forward. It weighs 18.5 pounds and is very comfortable and light.”
Boggs often stops for bagels and coffee at a cafe near Oceanside Harbor after a hard ride, and other cyclists approach to ogle his bike. “Sometimes, they pass up some very expensive bikes to check it out.”