Outside Magazine: "For Singlespeeding, Chains are Dead" 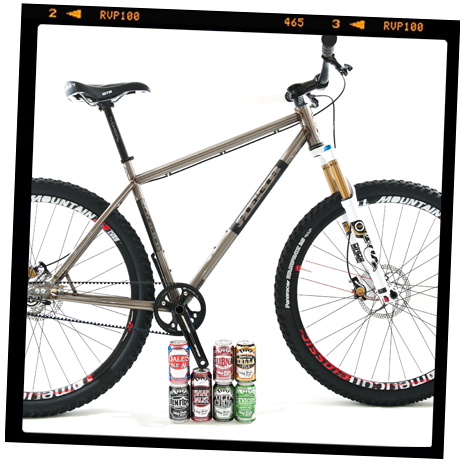 The current issue of Outside Magazine features a glowing review of the new belt drive 29er from Reeb, the bike brand of Oskar Blues Brewery in Colorado. Writer Aaron Gulley, Outside’s mountain biker in chief, calls the bike’s Gates Carbon Drive “ice smooth, totally efficient, and dead silent.” That’s a sweet compliment, but Outside goes even further by opening a cold can of whoop-ass on chain-drive singlespeeds. “For single-speeding, chains are dead,” the magazine says, quoting one of its testers. Hey, they said it, not us.

This isn’t the first time Outside has ridden a mountain bike with Gates Carbon Drive. The magazine previously chose the Spot Rocker as its 2011 singlespeed mountain bike of the year. Gulley, a skilled rider and racer, appears to be developing an addiction for belt drive mountain bikes, as evidenced by this blog post.

Oskar Blues is the favorite beer brand of Gates Carbon Drive, so we are extremely pleased that Reeb is already getting praise from national publications. If you don’t know the crew at OB, check out this video of them riding the open space near their brewery in Lyons, Colo.