Gates Carbon Drive is a sponsor of Urban Assault, the “pedal-powered urban adventure” that is traveling to cities across the country. Last weekend’s event was held in Fort Collins, where Gates employee Sean Janelle took part. Here is Sean’s writeup of his experience at the event:

One of the obstacle stations on the course was Gates-sponsored, and it involved teams throwing and catching Gates Carbon Drive belts while riding a bicycle. It was one of the most fun parts of the whole day for many people. Once people saw the Gates tent, they came stocked with many questions.

Seeing the bikes was fascinating for people, and questions ranged from the cost to the performance of the Carbon Drive system. Preconceived notions of the necessity of a chain were shattered. Whether it was greasy hands, excessive weight, weak chains, bulky derailleurs, or less efficiency, people were fascinated to learn that chains need not be part of their everyday bicycling experience. People had the opportunity to try Gates Carbon Drive with a quick bike ride around the parking lot or by participating in the slow race. Yes, the slow race, which challenged participants to cross the finish line the slowest.

Since Gates has been a Colorado company for over 100 years, many people knew about the old Gates Rubber Company. Many people were excited to lean that Gates belts are made in the USA. Because the event was held at New Belgium Brewery, the excitement for good beer coincided with the excitement for good bikes. With New Belgium showcasing several beers on tap, Gates coozies were in high demand. Many people grabbed Gates Carbon Drive stickers -— whether it was the bearded women or the guys in suits — costumes are an expected sighting at each of these events.

Many people came away with bruises, products, stickers, and full stomachs, but, from our perspective, the best takeaway from the event for many people was that the Gates Carbon Drive system is the best thing to happen to bikes since wheels.

Urban Assault comes to Denver on July 22. Come on down and enjoy the fun. Sign up and learn more here. 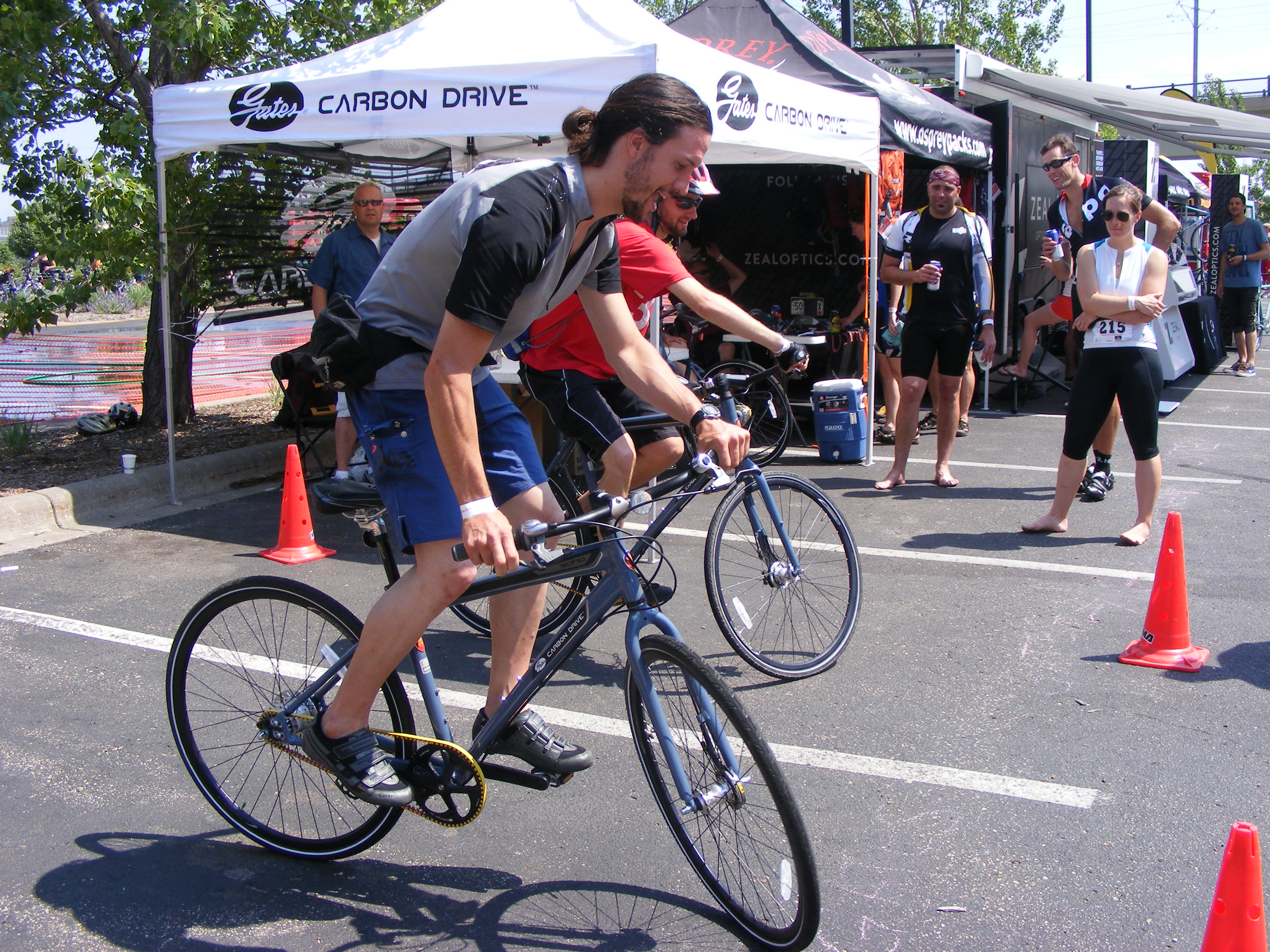