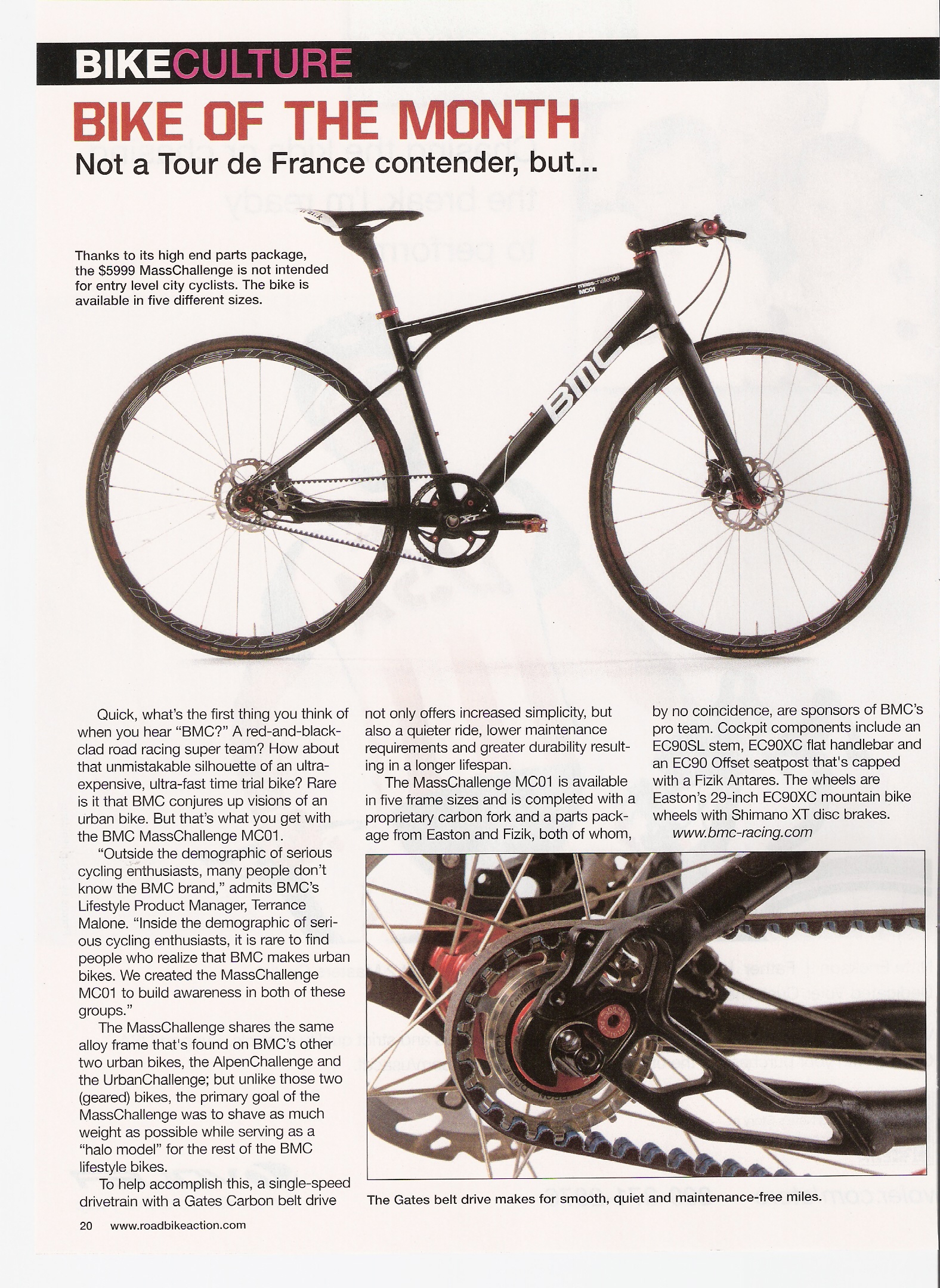 When the editors at Road Bike Action Magazine spotted the new BMC MC01 at the Sea Otter Classic earlier this year, they instantly recognized that it was a special bike. We got ’em one to test ride and the result is a story in the September issue, which features the Masschallenge as the magazine’s Bike of the Month. The Masschallenge, one of the new BMC urban bikes that features Gates Carbon Drive, is a “halo” bike intended for serious cyclists and roadies who want the fastest, coolest singlespeed for tooling around on city streets when not training on their BMC road bike.

The bike’s cockpit is all Easton–EC90SL stem, EC90XC flat bars, and EC90 Offset seatpost, along with feather-light EC90XC 29-inch wheels. Pictured below, the Masschallenge is part of Gates Corporation’s sponsorship of the BMC Racing Team. Cadel Evans, George Hincapie and other members of the team have this same bike for use at home. A limited quantity of these bikes is available for sale in North America. If you’re a serious BMC fan who wants the lightest, raciest city bike out there, you’ve got to get one. For cyclists who want a more affordable commuter option with gears, check out the Urbanchallenge UC01 Alfine 11, which Wired called “a bike for Ninjas.” 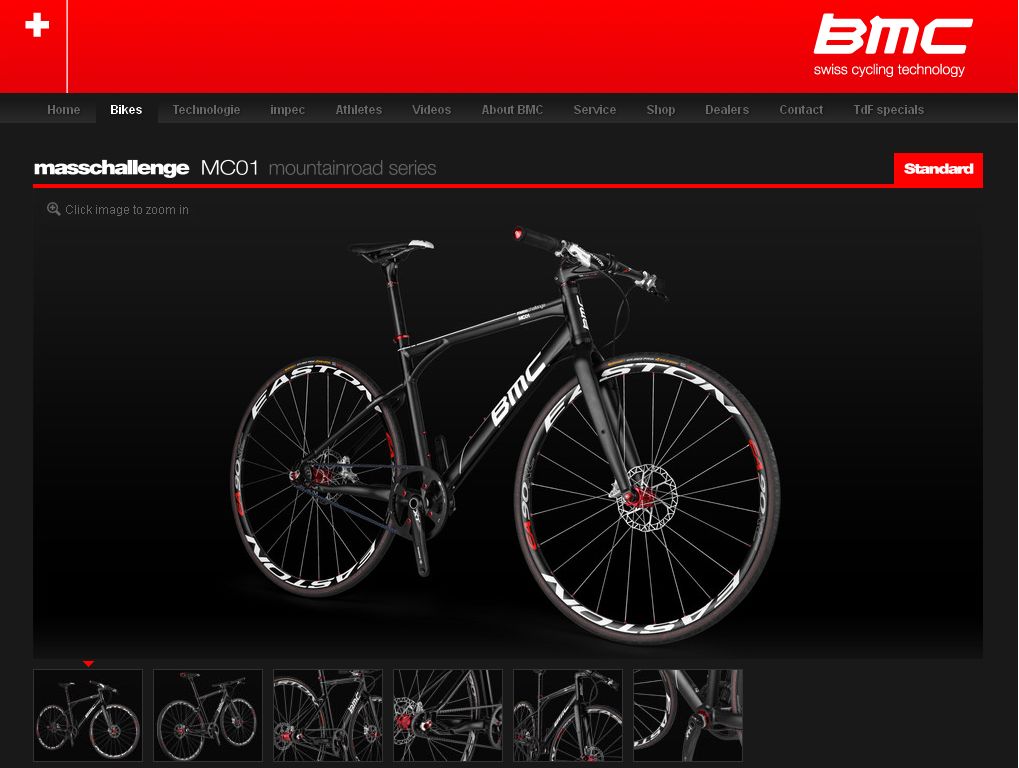