Another big weekend for the Team Gates Carbon Drive mountain bike team, which took a series of wins across the state of Colorado. Mitch Westall won the Winter Park Epic XC#3, Jesse Swift and Derek Strong won the Breckenridge-68 Duo Race, and Tim Lucking finished in 2nd place at the Leadville 50 mile race!

Garrett Davis, Mitch Westall and myself lined-up in Winter Park for the 3rd race in the series, a high-altitude point-to-point race finishing in Fraser. The race was fast right from the gun again, and this time, Mitch’s only race tactic was to hammer at the front until there was no one left! Garrett suffered a bit with an ambitious gearing choice, but came back in the end, as I was quickly losing my steam and going backwards. Up front, Mitch was caught by his main rival, about one-third of the way through the race. But another couple digs in the hard sections by Mitch got him a gap that he was able to maintain to the finish line for the win! 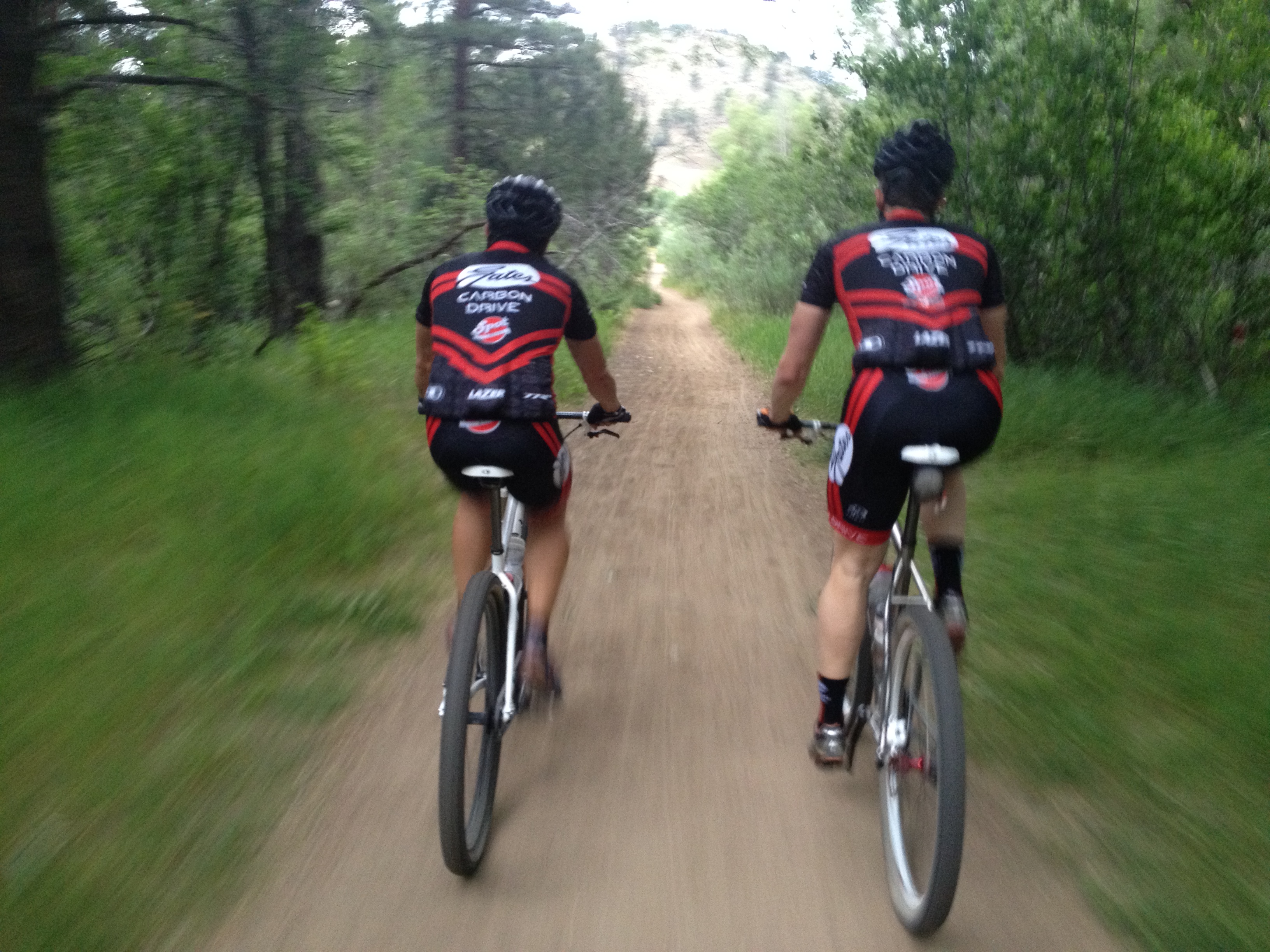 Meanwhile, over in Breckenridge, Jesse and Derek decided to “take it easy” and enter the two-man team event at the Rocky Mountain Endurance Series, Breckenridge 68. Derek rode a screamin’ first lap, and came in just as Jesse was working to resolve his “technical issue”… someone brought the wrong shoes! Luckily, he was able to make some adjustments and fire back out onto the course, missing the rain and being treated to some perfect dirt. Their finishing time of just over 6 hours was super-competitive considering they were on single speeds.

And still a little higher in elevation; Tim was lining up for the start at the Leadville 50. This event has grown massively over the past couple years, drawing nearly a thousand people, even with the events in Breckenridge and Winter Park. Tim made it through the Le Mans start, and kept the pace high on the immediate first climb of about 10 miles, passing lots of riders. Once he hit the turn-around at the half-way point of the race, he was able to see the other riders he was racing, and worked hard to keep a steady pace, continuing to reel-in his quary. After just under 5 hours of racing, Tim finished up in 2nd place for the single-speed category, and a strong 78th overall! Most importantly, his result was good enough to qualify for the Leadville 100. We can’t wait to get his race report from that race, coming up in a few weeks!