Is there any cooler way to win a race than boosting a wheelie over the finish line?

Is there any cooler way to win a race than boosting a wheelie over the finish line? (Wheelie photo courtesy www.danieldunnphoto.com) That’s what Macky Franklin did on Stage 6 of the Breck Epic, scoring some style points and showing he still had some gas in the tank after the grueling stage race. Franklin, of Taos, NM, is now preparing for his next big race: Singlespeed World Championships 2012 in South Africa on September 29. 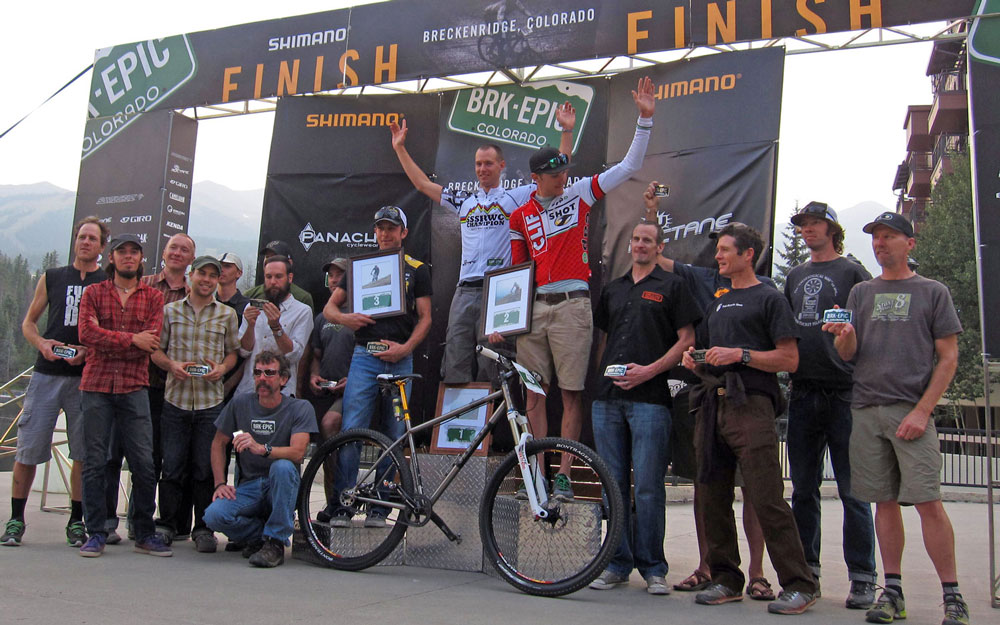 Franklin sent us a note about his Breck Epic win and the REEB with Gates Carbon Drive that he used to slay the competition in Breckenridge and will bring to South Africa.

“I love the Gates Carbon Drive! I raced the Breck Epic the last two years, but always with gears. Since I wanted to race another world championships (once again unsanctioned) and wanted to get used to my new REEB single speed before I attended Single Speed World Championships in South Africa, I decided Breck Epic would be a great way to spend a lot of time on the new bike. And I ended up winning it! So aside from being very used to the new REEB (240+ miles in 6 days will do that), I can add “World Champion” to my resume.”

Anyone else planning to ride Singlespeed Worlds on a bike with Gates Carbon Drive? Send us a note here or contact us on Facebook and let us know what bike you’re riding. With wins in the 2012 Tour Divide, Megavalanche and now Breck Epic, as well as the success of Team Gates Carbon Drive’s mountain bike and cyclocross teams, Carbon Drive is proving itself to be a race-winning application for singlespeeders. Live in Colorado? Get yourself to Lyons or Longmont to have a cold Dale’s Pale and check out REEB Cycles headquarters.