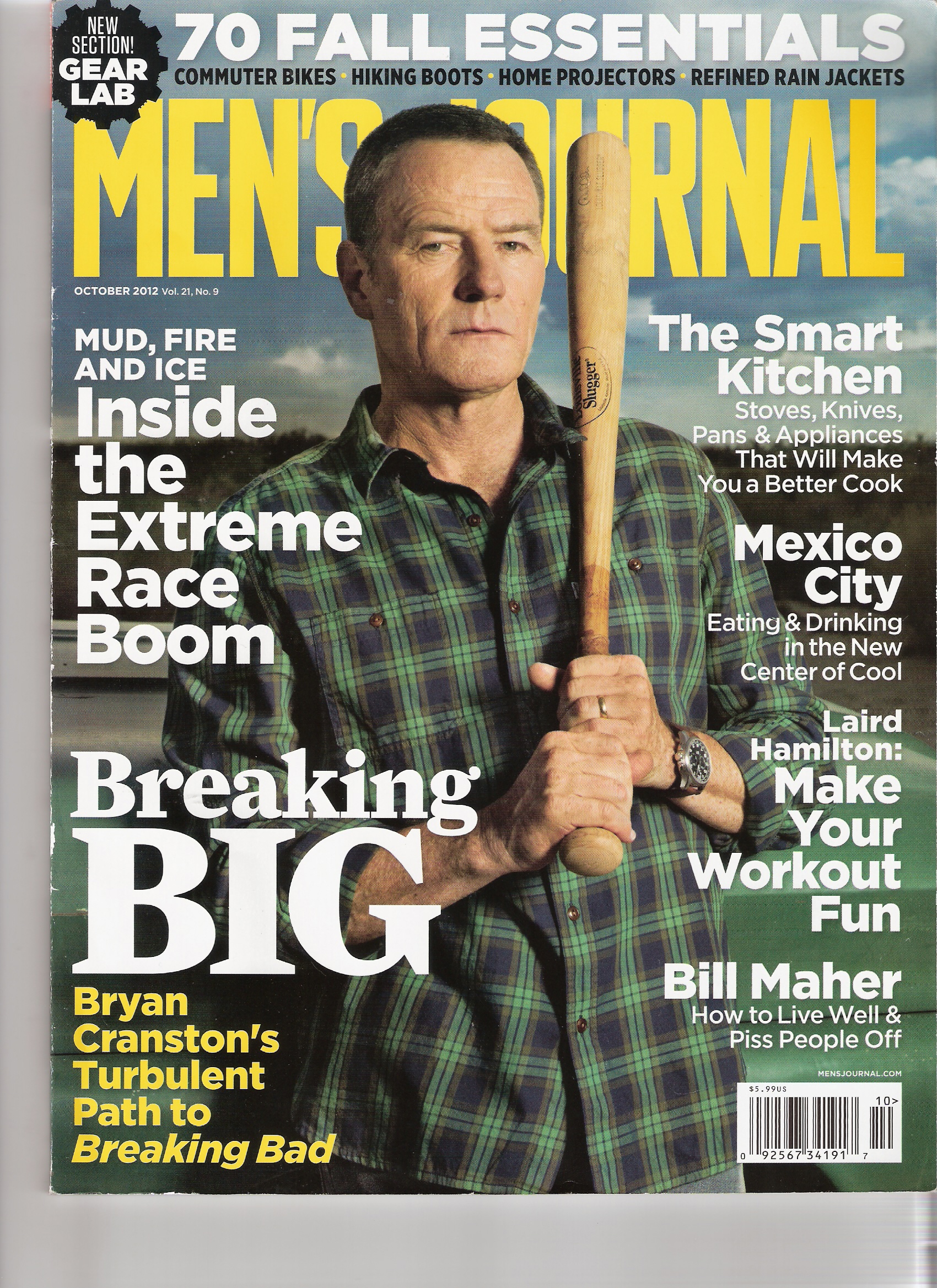 The October issue of Men’s Journal illustrates a growing media consensus: Gates Carbon Drive is the perfect application for commuter bikes and city bikes. Two of the four bikes featured in the article headlined “Smooth Commuters” are equipped with Carbon Drive.

Here’s what MJ says about the Source 11 from Specialized: “We recommend this ultrasmooth, bombproof ride if you want a bike that can slay sprints to work and long hauls on weekends, too.” In addition to the Carbon Drive, the Source 11 features a Shimano Alfine 11 internal hub for easy and clean shifting, internal cable routing for a sleek appearance, dynamo-powered lights, plus fenders and racks for all-weather practicality. 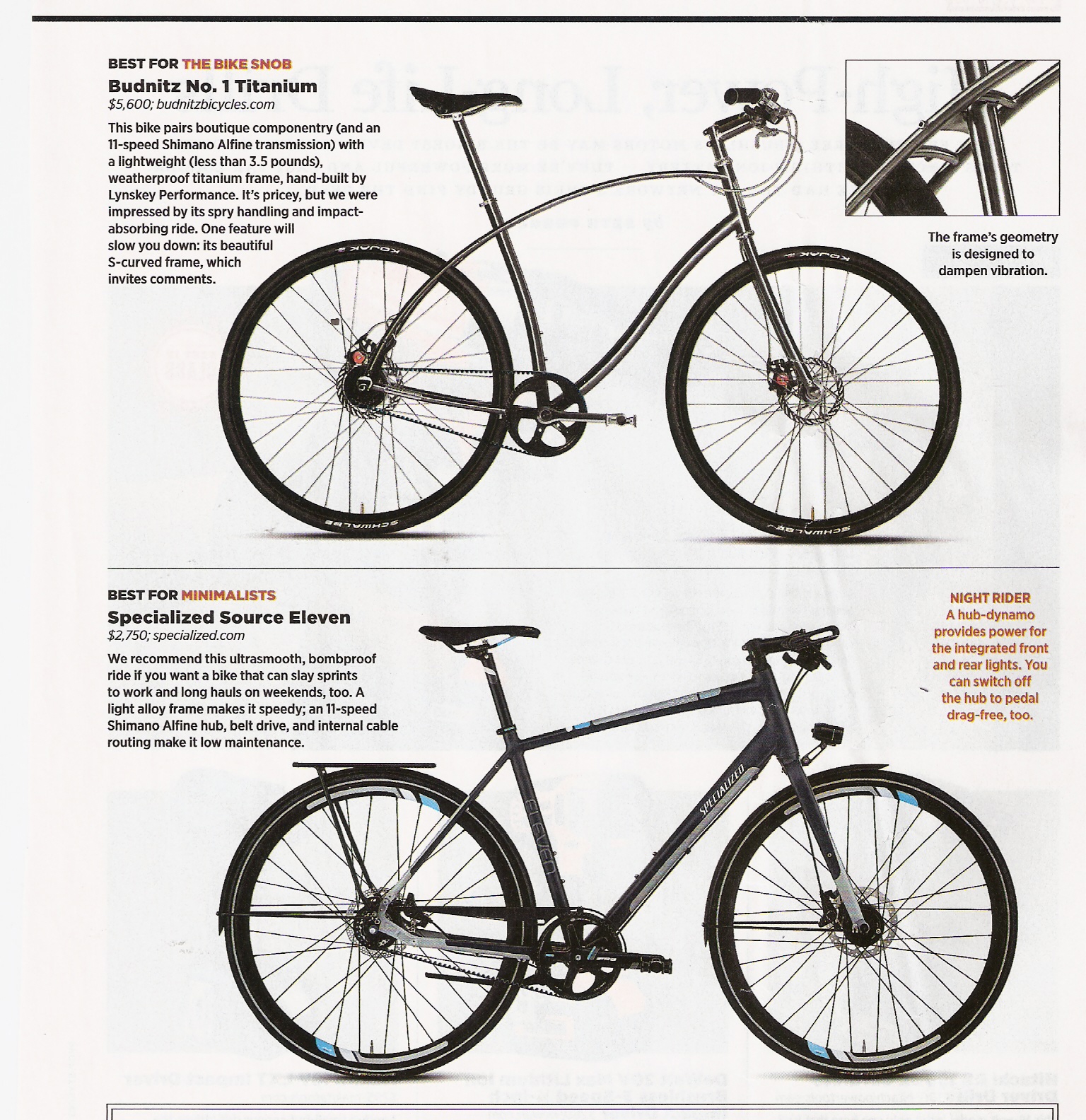 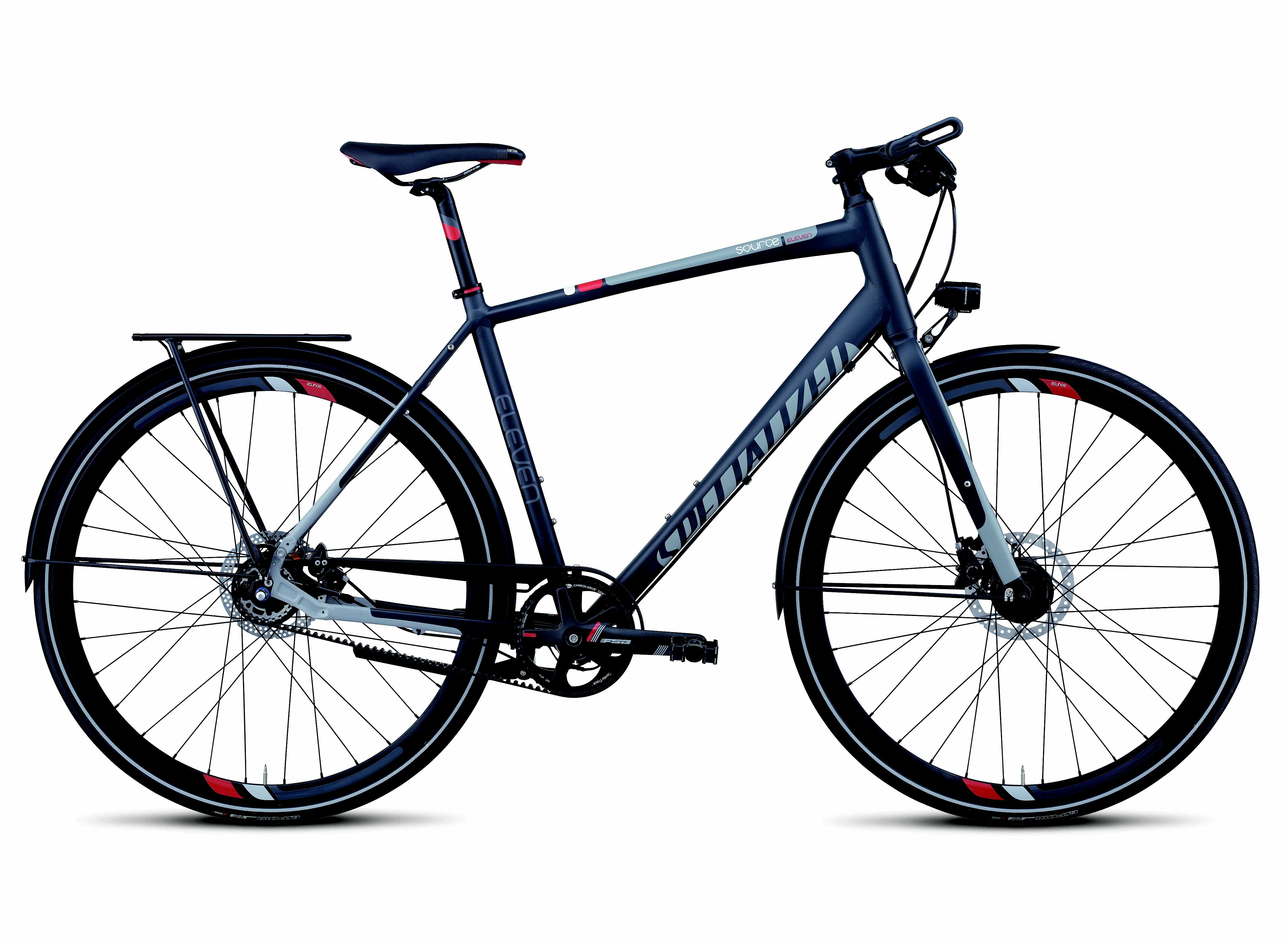 Men’s Journal also included the Budnitz No. 1 from Budnitz Bicycles, a boutique brand that is gaining lots of buzz due to its blingy belt-drive models. MJ says it “impressed by its spry handling and impact-absorbing ride.” 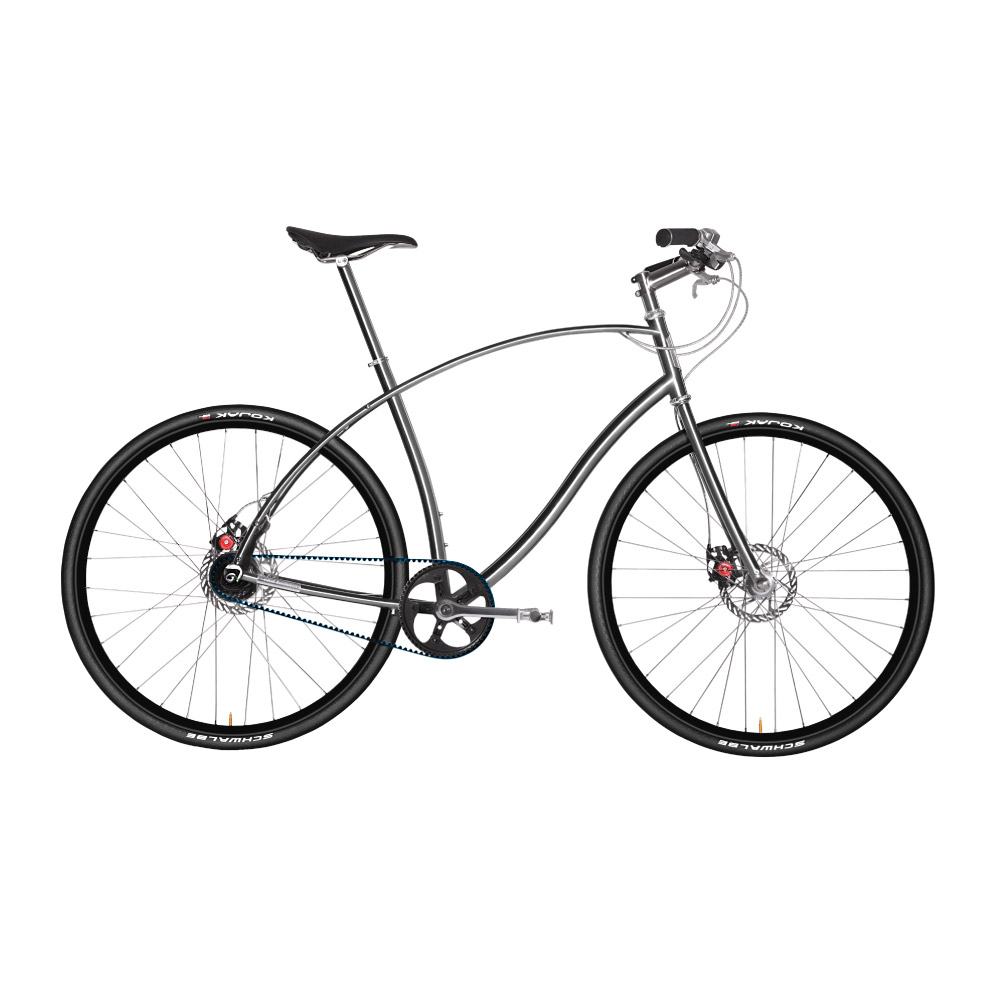