The Tilt is a new folding bike from France. Check out the slick video about the bike, featuring a bumping soundtrack and scenes from the streets of LA and NYC.

Hanging out in Paris this month? Pick up the October issue of City Ride, a French bicycling magazine that features a review of the Tilt and the Smart EBike. City Ride’s editors call the Smart EBike’s belt drive “silent” and “a true benefit for urban bikes.” 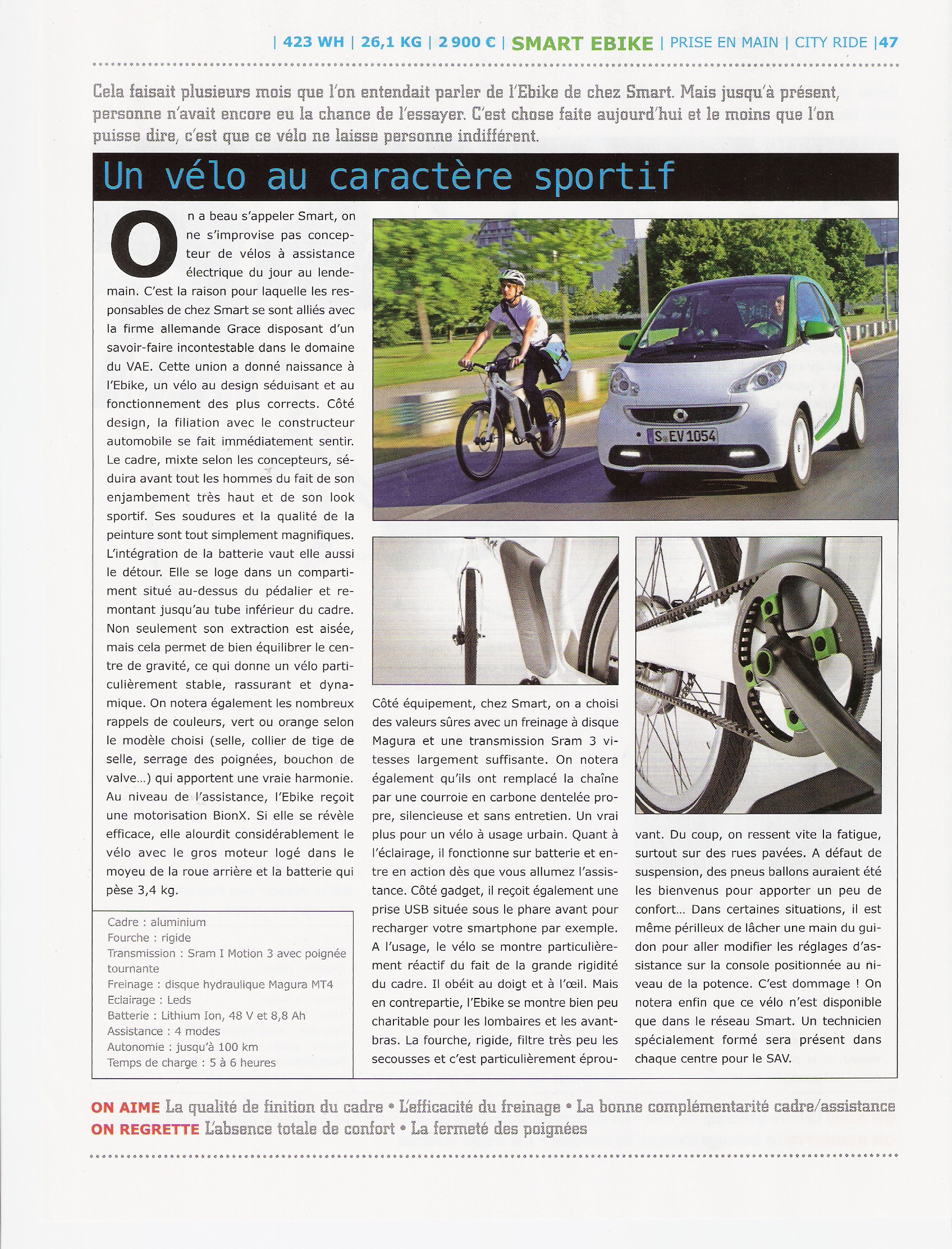 The editors call the Tilt, dubbed the “one second bike” due to its quick and easy folding and unfolding, ingenious. Bring it on the train, or up the escalator. Bike buyers in France will be able to purchase the Tilt through the French outdoors and bicycle superstore chain Decathlon around Christmas. C’est magnifique. 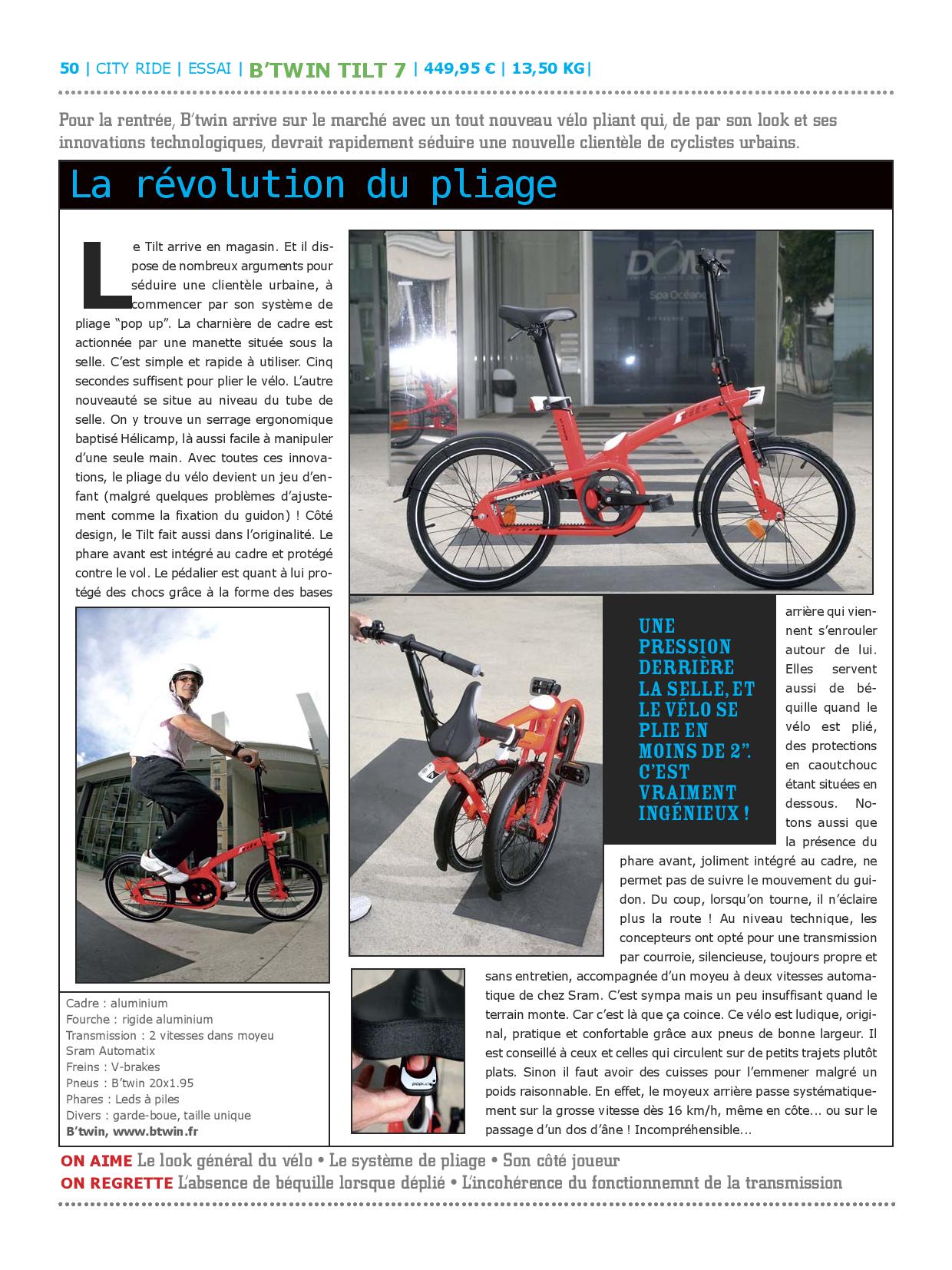