“The finish was so close that the promoters had to check the finish line camera to be sure, but it was eventually decided that I missed the tattoo by an inch to Burry,” Macky tells us. “He and I rode together for most of the race, until the major climb where he pulled away. I was able to close the gap and caught him a couple of miles from the finish. Unfortunately, the short sprint after the final beer feed gave him the opportunity to pass me just as we crossed the finish line.”

“The Gates Carbon Drive was amazing,” Macky says. “Everyone at the event loved it too. I constantly had people admiring my bike (a REEB 29er with Carbon Drive), and I got a ton of questions about how the belt worked compared to a chain. I wouldn’t be surprised if it was something that caught on in South Africa since there is a strong bike community and single speeding seems to be getting more and more popular.”

Read more about the chaotic, contested finish, which included a beer feed kerfuffle, and a crash that caused Burry to lose his seat, on Mountain Flyer. Thanks for hammering, Macky. We’re glad to hear that you’ll be going to SSWC 2013 in Italy to claim that winner’s tattoo. 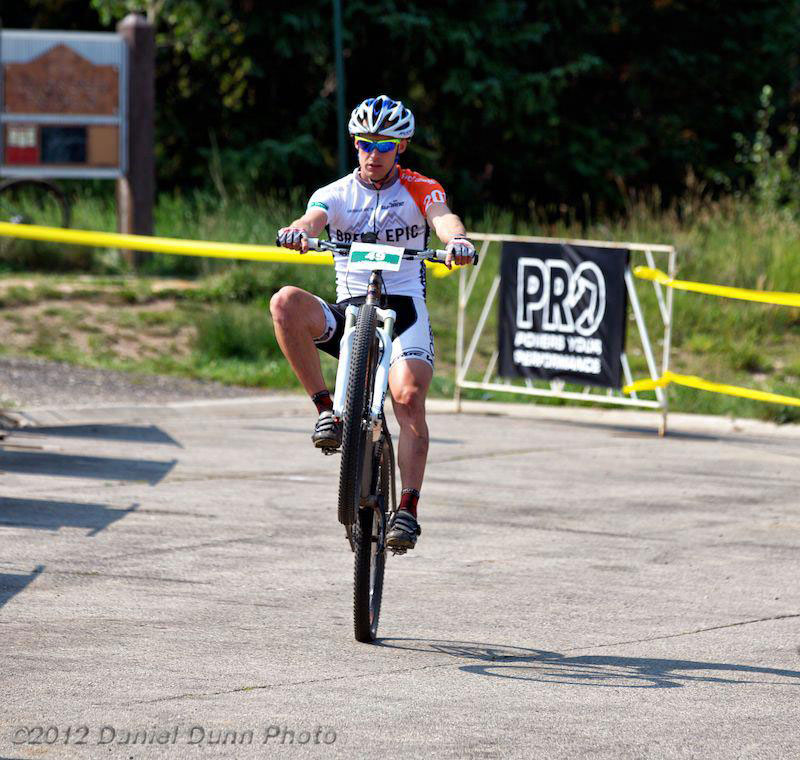