A Bicycling Advocate in Jackson Hole Gets Belted

Last week’s election in Jackson, Wyoming, brought good news for local bicyclists thanks to the approval of a ballot question to fund a big bike infrastructure project. Friends of Pathways, the cycling advocacy nonprofit in Jackson, led a campaign to approve $4.35 million to complete a local biking and walking pathway. The pathway will connect Jackson to nearby Wilson and will make riding between the communities much safer and more pleasant. No wonder Jackson and Teton County are recognized as gold-level bike friendly communities by the League of American Bicyclists.

“We advocate the completion of a safe and sustainable pathways system, including separated bike paths, singletrack trails and ‘complete streets’ for all users,” says Mike Welch, director of Friends of Pathways. “The goal is a vibrant community with healthy recreation and transportation opportunities in Jackson Hole, so that cycling, walking, and the bike culture are encouraged here.”

Welch has a new bike to ride on those paths: a belt drive Norco custom build. Welch plans to use it for long pathway rides, lunchtime loops and winter commuting. “It’s part of my never-ending quest to have a do-it-all bike.”

Welch worked with local shop owner Tim Hoff of Hoff’s Bikesmith on the build, starting with a Norco Judan 29er mountain bike frame that Hoff had on consignment in his shop. Hoff integrated an eight-speed Shimano Alfine internal hub and Gates Carbon Drive for cleanliness and low maintenance. The bike will be kitted out with fenders for soggy commutes.

“We sell a lot of recycled and consignment bikes,” says Hoff, a longtime bike mechanic who opened his shop two years ago. He also makes custom steel frames and has sold a number of Spot Brand belt drive bikes such as the Rocker mountain bike and the Ajax commuter.

“Jackson is a great bike town. Tons of singletrack, freeride and downhill trails, a bike path that goes all the way to Grand Teton National Park,” Hoff says. “There are lots of diehard year-round riders.” Welch plans to add studded tires to his bike for winter commuting. 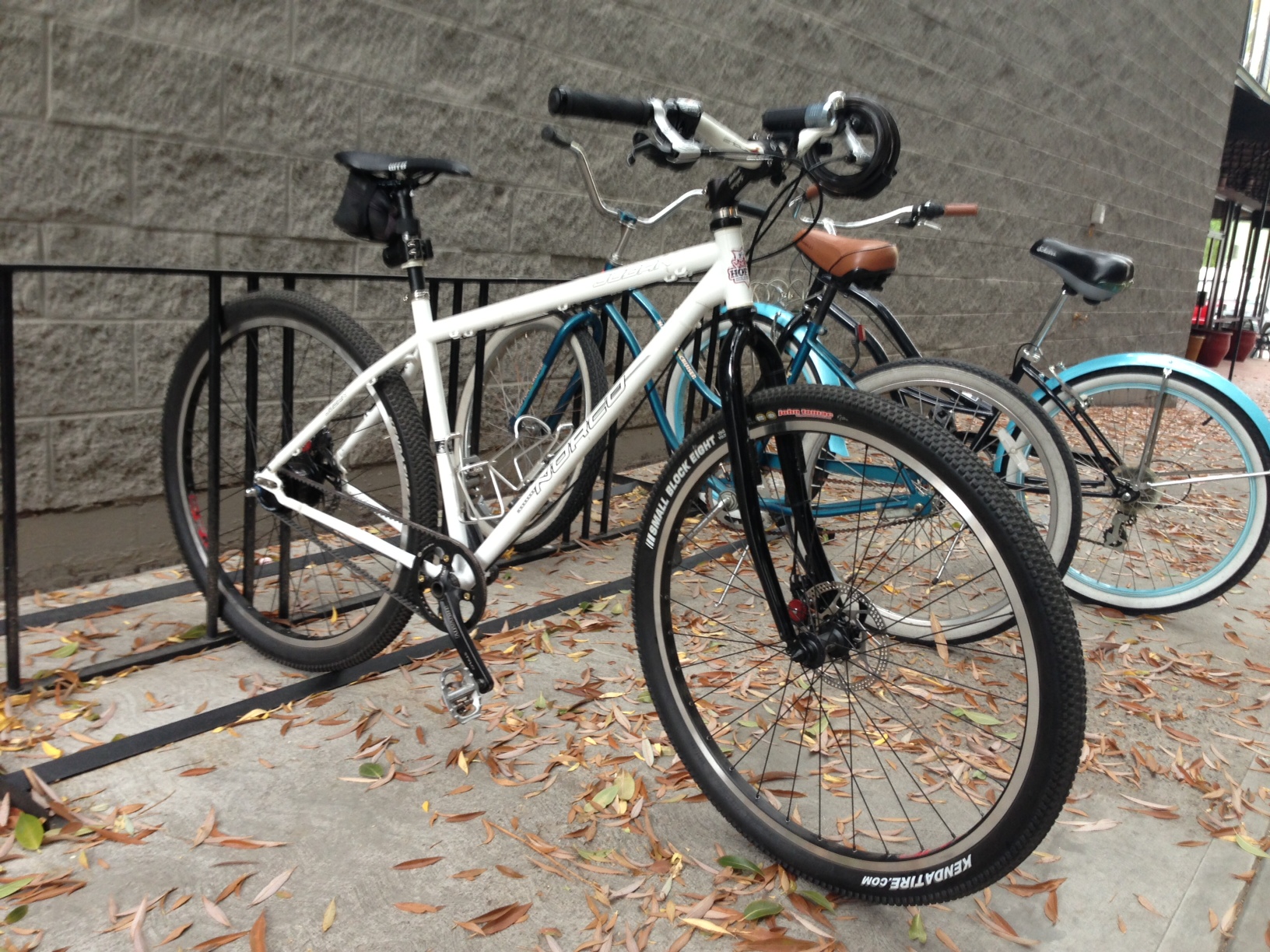