In Russian, the word “paketa” means “rocket.” Colorado bike maker Paketa Bicycles builds bikes that will indeed rocket you down the road. Paketa’s secret sauce for speed is its super light frame material–magnesium. Mg, as it is known on the periodic table of the elements, has been called the lightest useful metal and it’s best-known use may be in in high-end “Mag” wheels for cars. 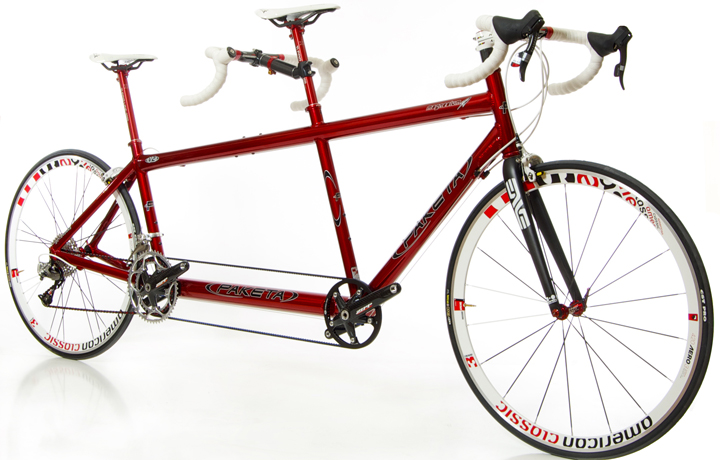 From 2001 to 2004 the company imported magnesium frames built in Moscow. Since then, however, every frame has been hand-built in Colorado by the Broomfield-based company. Paketa makes all form of bikes, from mountain to road racing rigs, but it may be best known for its tandems, which are highly prized in the world of tandem racing due to their light weight.

To lighten its bikes even more, Paketa uses Gates Carbon Drive tandem timing belts, which are far lighter than chains. “We recommend Carbon Drive on all our tandems for the light weight, quietness, cleanliness, and ease-of-maintenance. Every single tandem we’ve sold in the past two-plus years has been delivered with Carbon Drive. Our customers feel just like we do: Carbon Drive is the perfect complement to Paketa’s high-performance tandems.Paketa will be exhibiting at the North American Handmade Bicycle Show in Denver in February and plans to enter the Gates Carbon Drive innovative belt drive bike design contest. Come check out Paketa’s belt drive rockets at NAHBS. And if you’re a custom builder exhibiting at NAHBS, sign up for the contest for the chance to win more than $11,000 in cash and prizes.