Inside the Beltway: Alliance for Biking and Walking President Rides Everywhere on his Soho 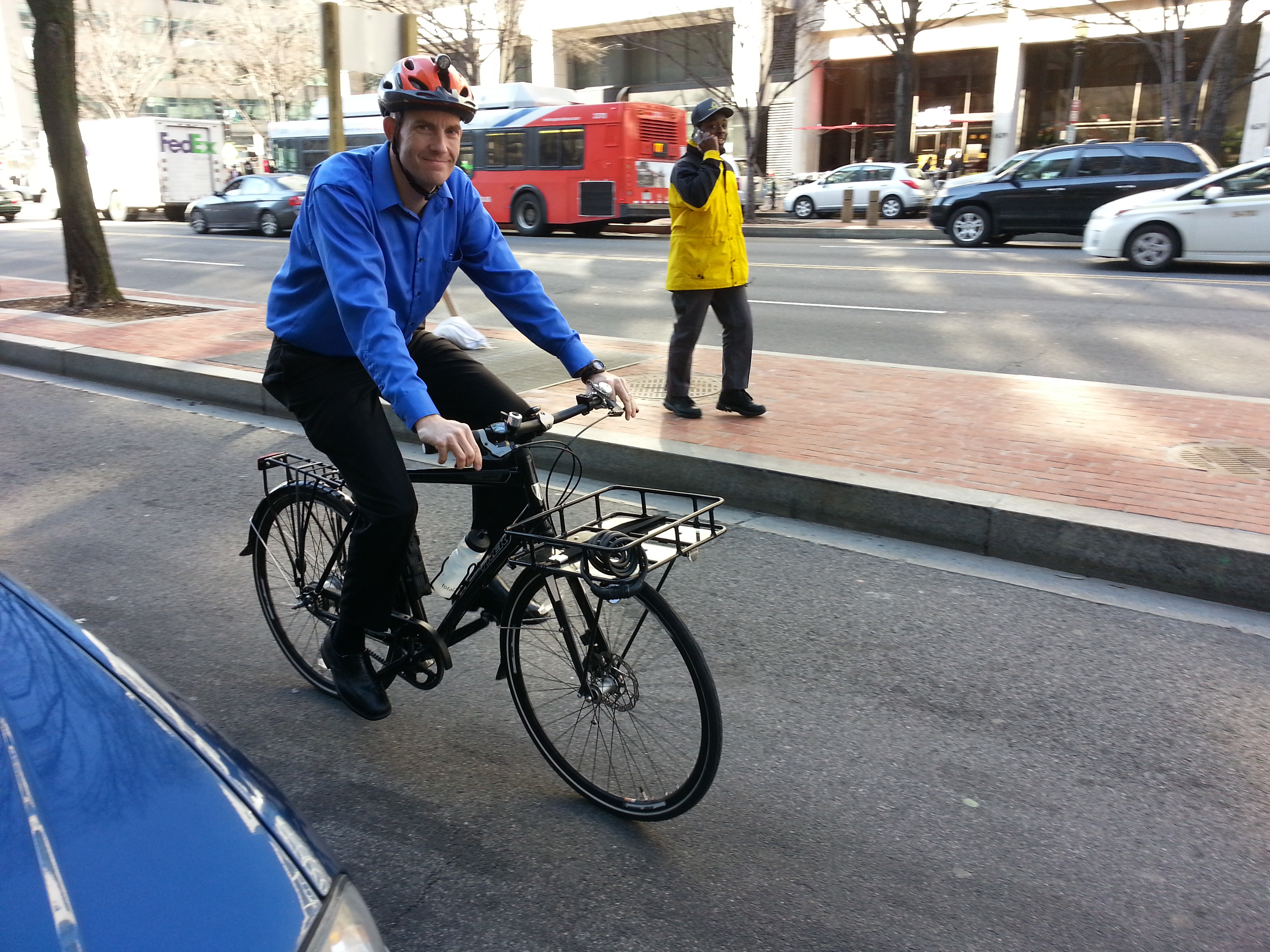 Getting to the airport is a hassle for most business travelers. Not for Jeffrey Miller, who rides his bike when flying out of Washington DC’s Reagan National. He makes the four-mile trip to the airport on the Mount Vernon pathway and locks up at the airport’s multiple bike parking spaces.

As president and CEO of the Alliance for Biking and Walking, a leading advocacy group for better bike paths and sidewalks, Miller pedals just about everywhere. He commutes to his DC office by bike, a scenic tour that takes him down the National Mall and around the White House.

Miller’s bike: a Trek Soho Deluxe with Gates Carbon Drive (pictured below on the Alliance bike rack outside his office). Miller outfitted his Soho with a front rack for more carrying capacity. “It has been a fantastic low-maintenance bike,” Miller says. “The Gates belt drive was a key part of my decision to buy it. For commuting it’s an absolute no-brainer.”

Miller was so pleased with the Soho (voted Commuter Bike of the Year by Bicycling) that he rode 65 miles on his first outing. “I was just so psyched at how smooth and clean and quiet it was.” 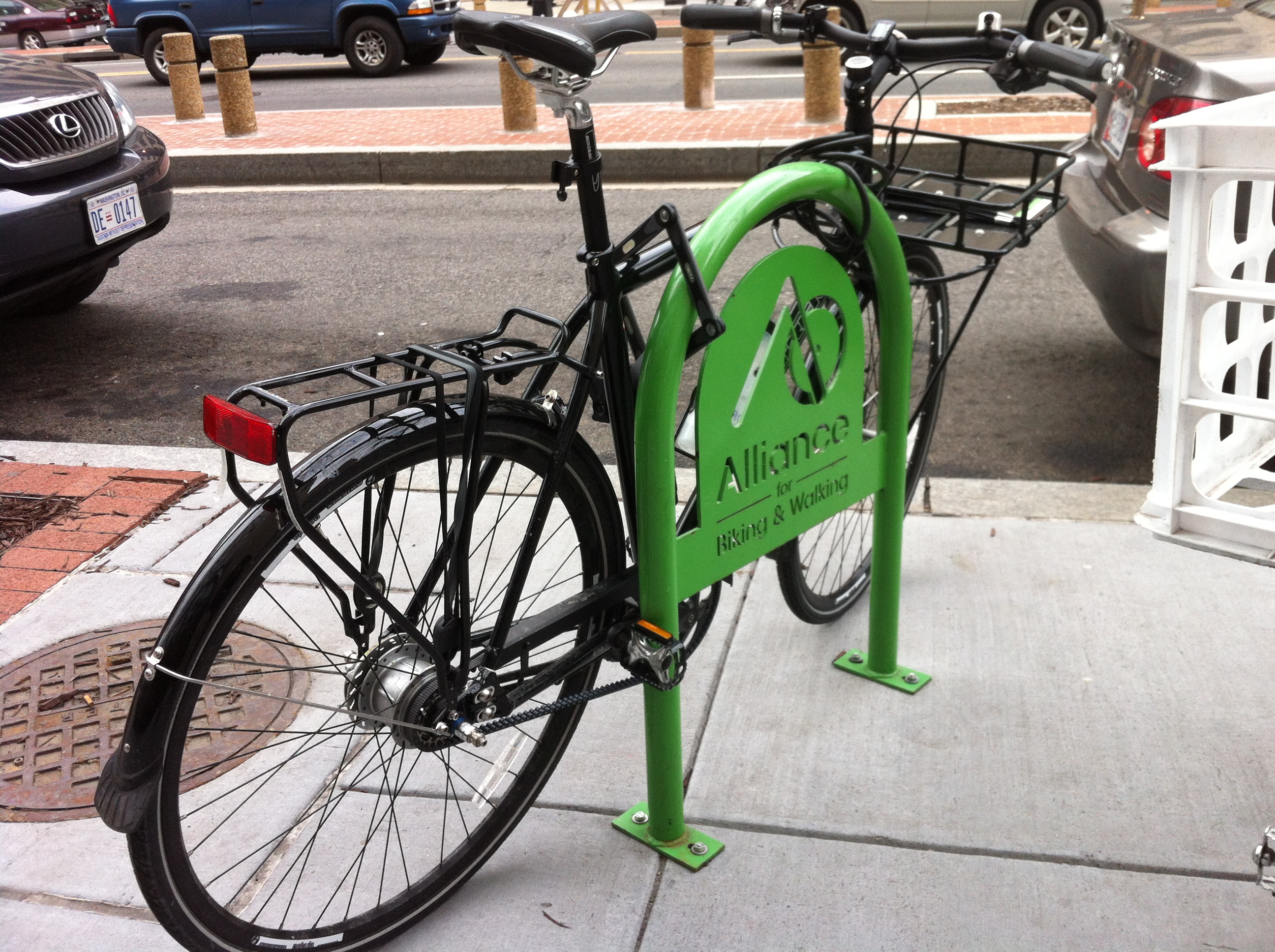 Miller travels to cities across the country to promote local bicycling advocacy efforts, and works Capitol Hill trying to get Congress to support funding for bike paths and infrastructure that makes it safer and easier for more Americans to get out of cars and onto bikes. Miller has seen great progress in the DC cycling scene during his four years in Washington. There are new bike lanes on Pennsylvania Avenue, a new cycle track on L Street, lots of bike parking and more cyclists on the road every year. “It’s not unusual to be at a traffic light and have bikes taking up an entire lane.” 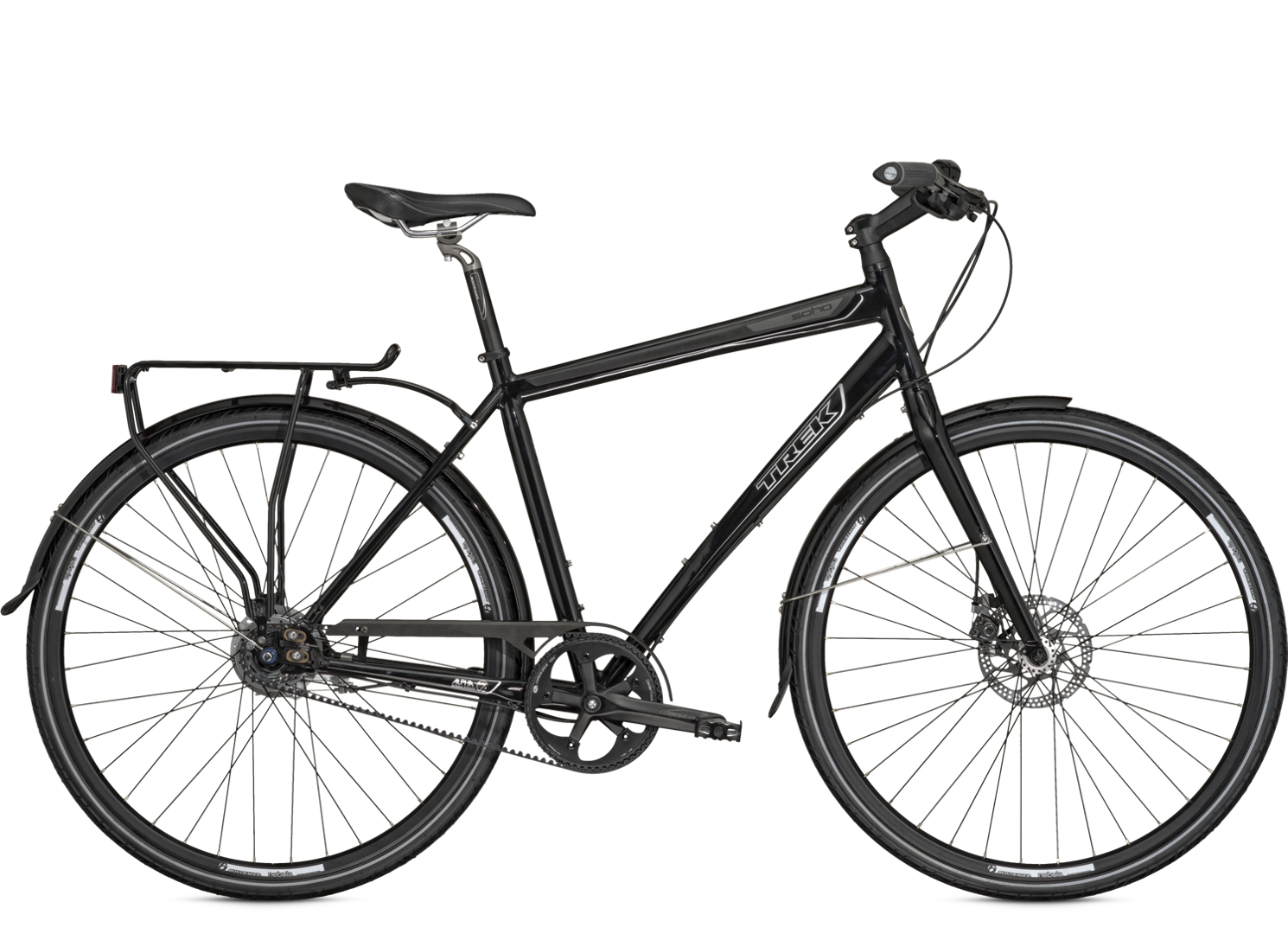 Gates is a proud sponsor of the Alliance for Biking and Walking, as well as local affiliate Bike Denver. Learn more about how you can promote bicycling in your community, or become a member, at PeoplePoweredMovement.org. The Alliance recently published its new Open Streets Guide. Open Streets are days when cities close certain roads to cars and allow only pedestrians and bicyclists. In 2005 a half-dozen communities held open streets days. Now they exist in 80 cities across North America.

And the next time you’re flying out of Reagan National, hop on your bike and cruise the Mount Vernon trail. Make sure to look for the guy in the suit on the Soho with a smile on his face–and no grease on his pant leg.