Team Gates rider and former pro downhiller Frank “Schneidi” Schneider is featured in the April issue of Mountainbike Rider Magazine in Germany. Schneidy is a bit of a legend in Germany for downhill racing on a hardtail singlespeed, winning the Master’s Class in the 2012 Megavalanche enduro on Alpe d’Huez. That dude has a tough tail.

The magazine features some nice photography of Schneidi’s Nicolai with Gates Carbon Drive, calling the belt drive on his bike “nicht nur nahezu wartungsfrei und geräuschlos,” which translates as “virtually maintenance-free and noiseless.” Make sure to buy the magazine if you live in Germany. And stay tuned for an upcoming video from Mountainbike Rider of Schneidi racing his belted SS Nicolai against downhiller Gino Schlifske, who will be racing on a chained bike with gears. Go Schneidi, go! 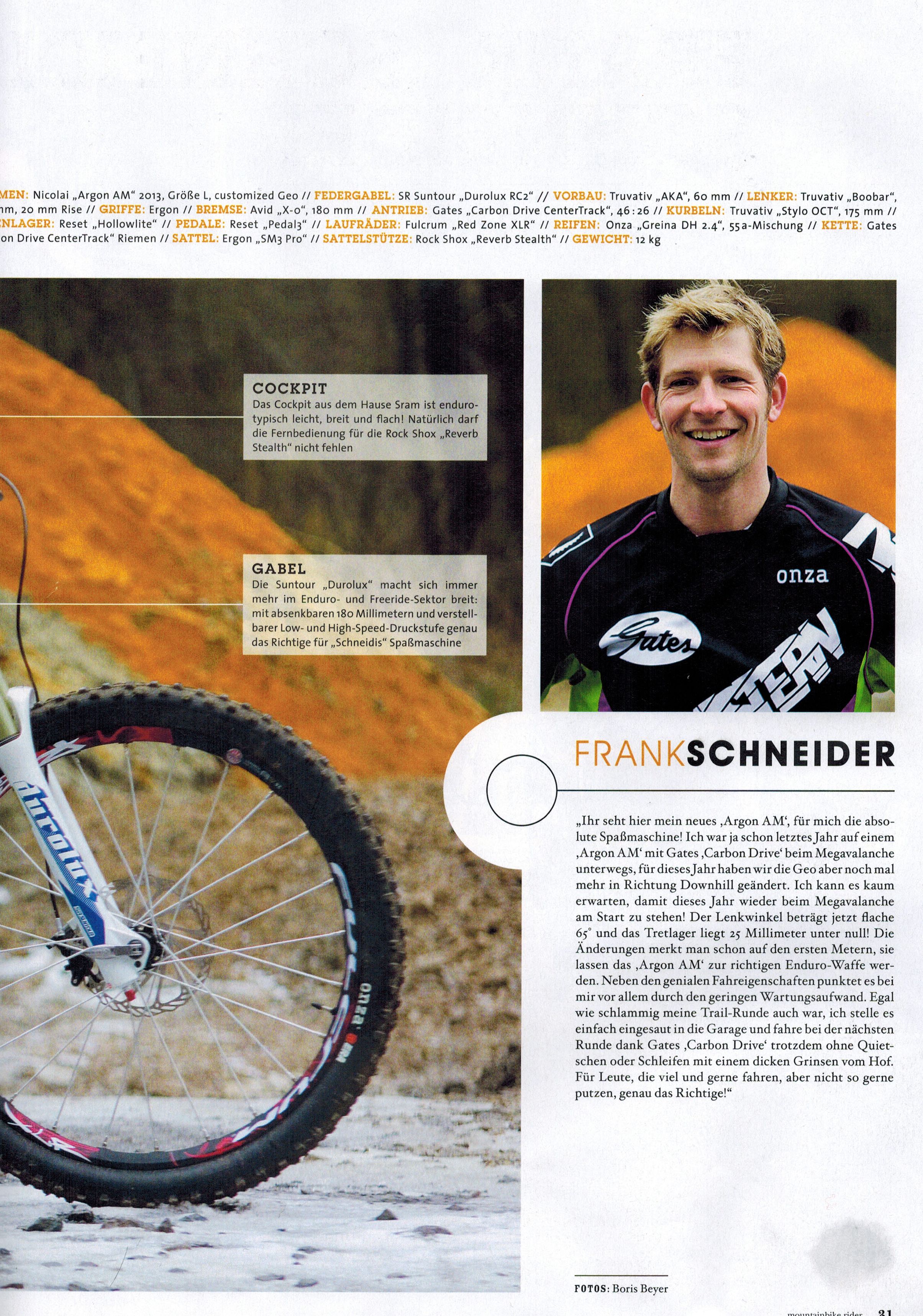