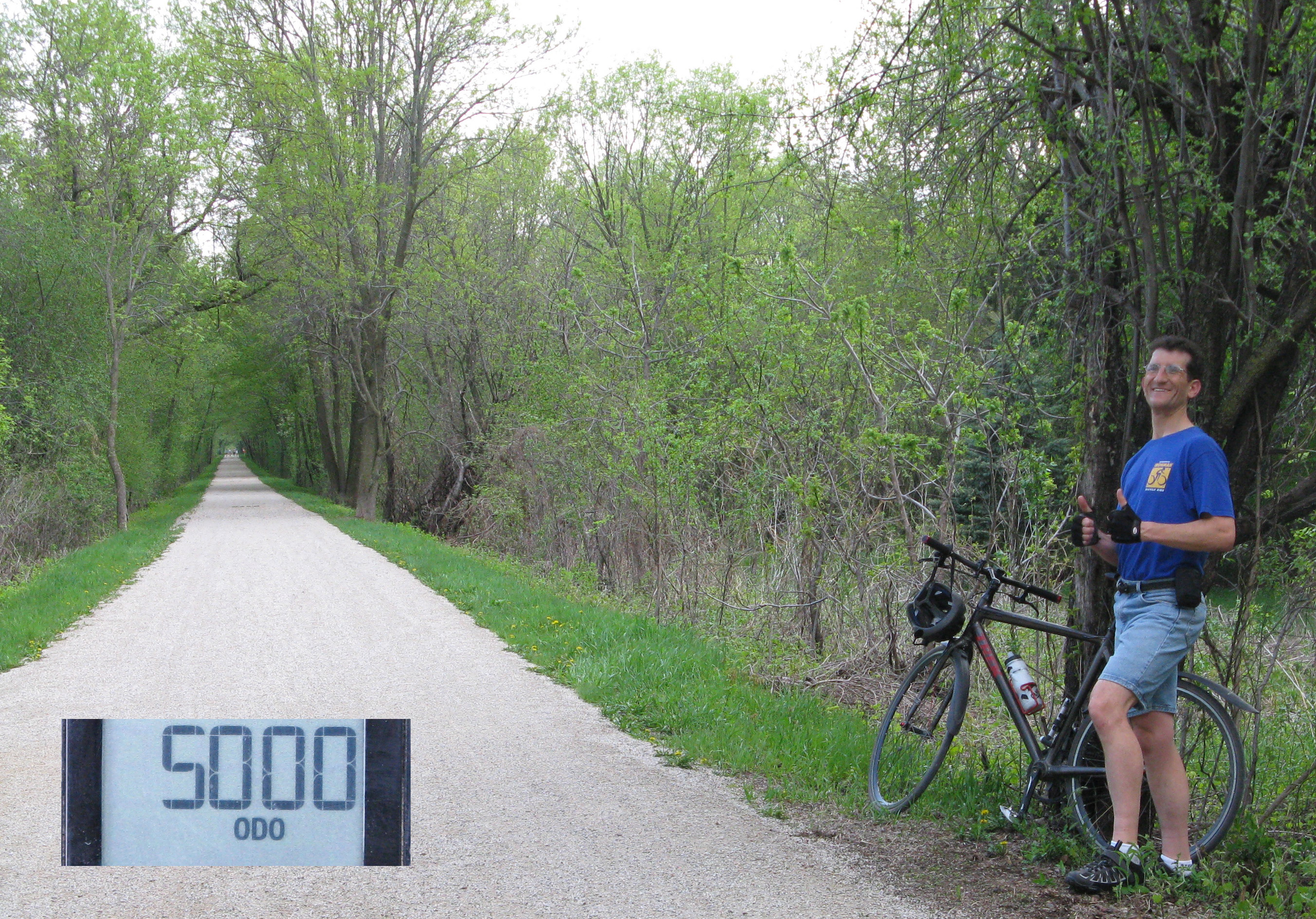 The happy guy above is Mark Stang of Minnesota, who pulled over to snap a photo when his odometer hit 5,000 miles. That’s 5K on one belt and still going. Mark was so happy he sent us a note:

Last year I learned of the Carbon Drive system and bought a Trek District. This year, a week before I’d had that bike for one year, I’d put 5,000 fabulous miles on it, and had already taken possession of a gorgeous custom built bike based on the CenterTrack system and a frame made right here in Minneapolis by Speedhound.

I am such a satisfied cyclist, thanks to your product! My three-a-half-month-old Speedhound has 1,354 miles on the odometer. I hope that Gates will always make belts for bicycles – there’s no going back for me!!

Thank you all so much,

Obviously, belt life varies greatly depending on the rider, riding conditions and other factors. But 5,000 miles is a lot of riding. Chains typically last half that long, and that’s if you are vigilant about lubricating and cleaning. Do belts wear out? Of course. That’s why we recommend keeping a spare if you ride way off the beaten path, like cyclist James Bowthorpe. He went around the world in 2009 on just two belts. That’s crazy.

Happy cycling Mark! And let us know how many miles you get out of that belt on your District. Meantime, check out the picture below from Speedhound Bicycles founder Chris Cleveland about Mark’s new custom Speedhound 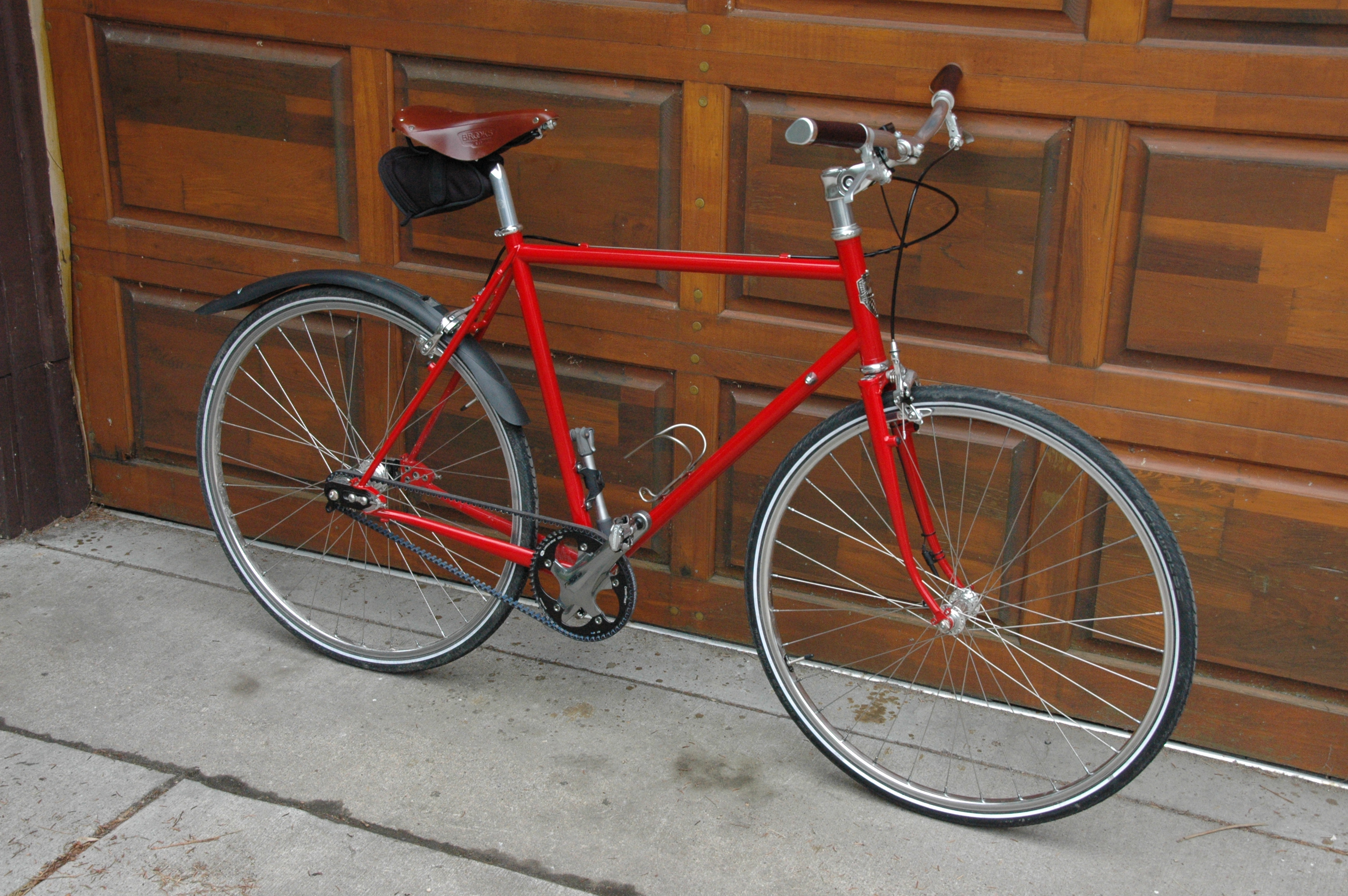