Bicycling Magazine Rides the Trek District, Touting it as Nimble and Responsive 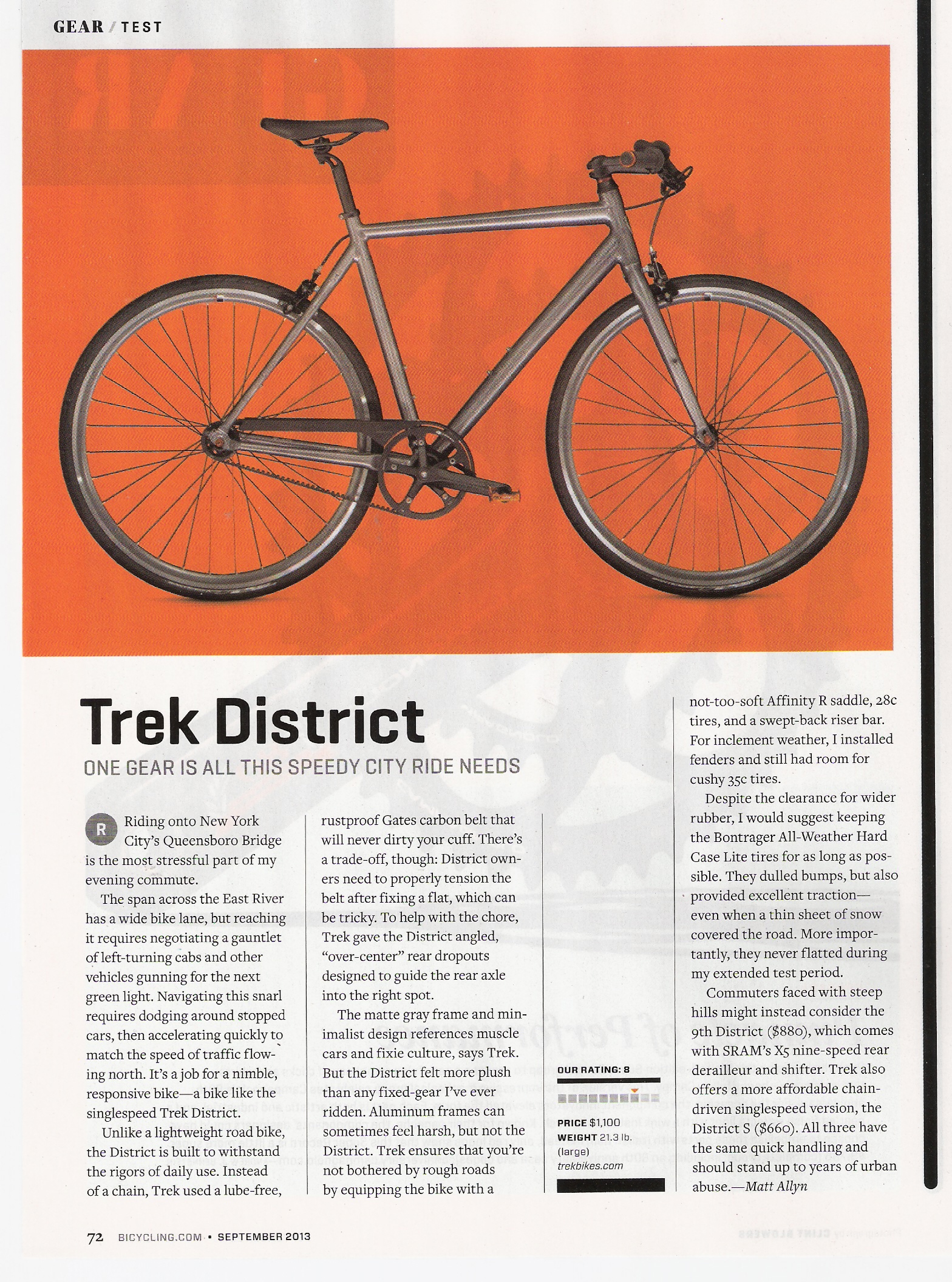 Matt Allyn’s commute over New York City’s Queensboro Bridge requires him to run a gauntlet of cabs and vehicles gunning for green lights. No worries. Since last winter he has been riding to his Bicycling Mag office on a Trek District. Pick up the September issue of Bicycling to read his full story.

This blogger can report that the District is a speedy and reliable everyday city bike with style, having ridden one since 2009 with the sole maintenance consisting of an occasional spritz with a hose to clean it up. Four years, thousands of miles, same belt, no chain lube ever.