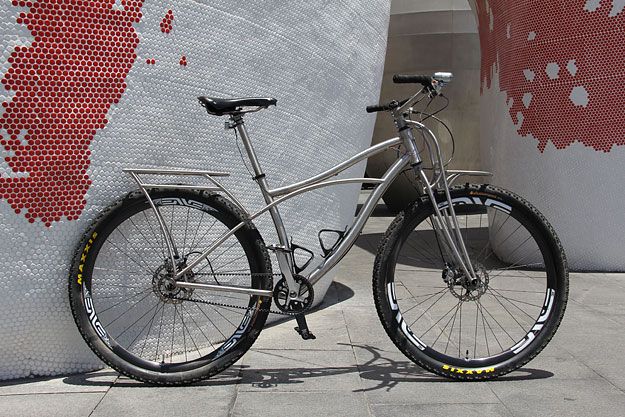 It has been over a month since Australian cyclist Arran Pearson finished the 2013 Tour Divide, widely considered the world’s toughest mountain bike race. Pearson, who had to take a couple weeks to recover after the epic ride, was among a handful of riders to complete the unsupported race from Canada to New Mexico down the Continental Divide on a singlespeed. His bike is pictured above, a custom titanium Black Sheep Luna Vista with integrated luggage racks and Gates Carbon Drive. “The belt system proved to be awesome,” Pearson writes us. ” I took a spare but was (and still am) on the belt I started the race with which had about 1000 training kilometres on it before I started. So far that is over 5500 km on this belt in some truly atrocious conditions.”

Pearson has written multiple posts about his adventure on MarathonMTB.com that you can read here. The experienced marathon mountain biker knew from the start that running a belt drive would save time and maintenance, allowing him to rest and find a place to bed for the night instead of cleaning and lubing a chain. “For an application such as ultra racing the system is pretty much perfect – there was no need for chain lube through the entire race, some of the very dry dust did cause a little squeaking but this was quickly fixed by simply spitting some water onto the belt.” 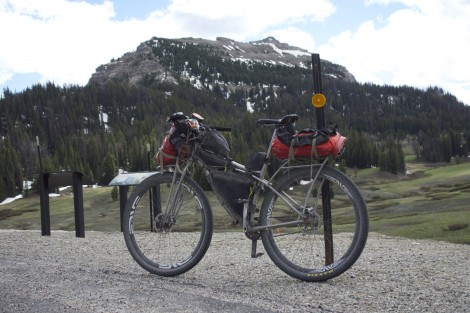 Pearson ran a 42/24 sprocket setup with a 113-tooth belt. “This was pretty much perfect and if I went again I’d use the same ratio – a bit spinny on the highway sections in New Mexico but I was able to climb the majority of stuff.” Watch a video of Arran riding and talking here. See more photos of his bike here. Congratulations mate! We look forward to hearing about your future adventures. 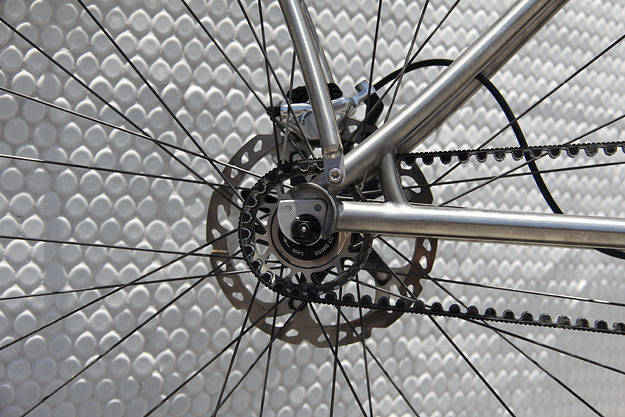