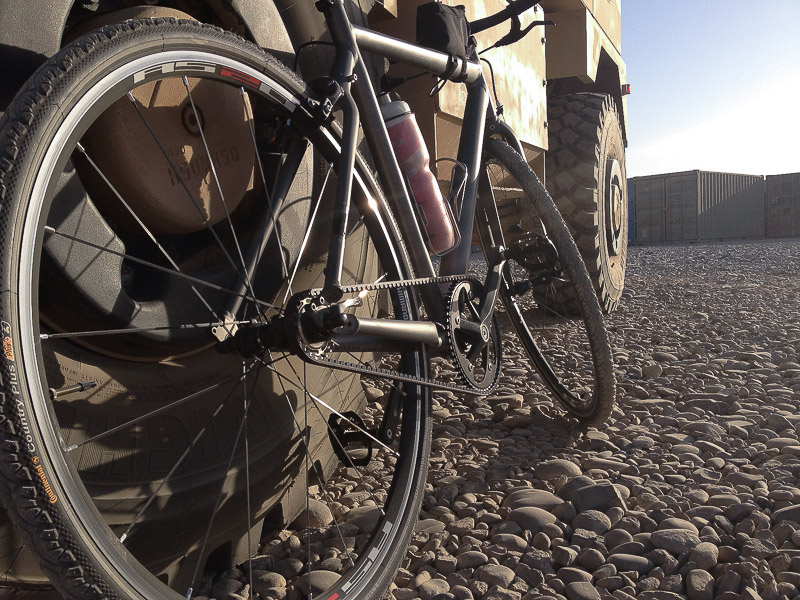 The picture above is of the belt drive bike that Matthew Small rode in the just-completed Afghan EOD Ride, a 160-mile sufferfest that commenced at 3 a.m. Friday and concluded a day later. In a previous post, “Afghanistan by Belt: a Bomb Disposal Technician’s Story,” we introduced Small and his two colleagues in the US Marine Corps Explosive Ordnance Disposal squad in Afghanistan. Their charity ride took place mostly at night to alleviate strong desert winds and shield the riders from intense desert sun. The route was a circuitous 15-mile conglomeration of concrete, sand and tarmac pockmarked with occasional bomb craters. “To say 160 miles in such conditions was monotonous and unique would be an understatement,” Small says. 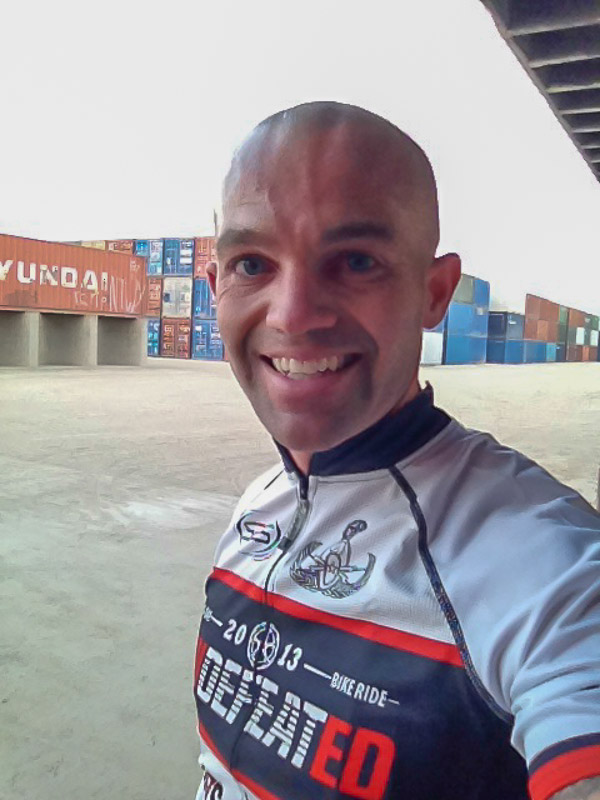 “There were no spectators, no banners, no after-party celebratory beverages and no post-race leg massages,” Small says. “Within hours of completion the riders were back in their combat utility uniforms ready to work and ready to be sent into harm’s way.” 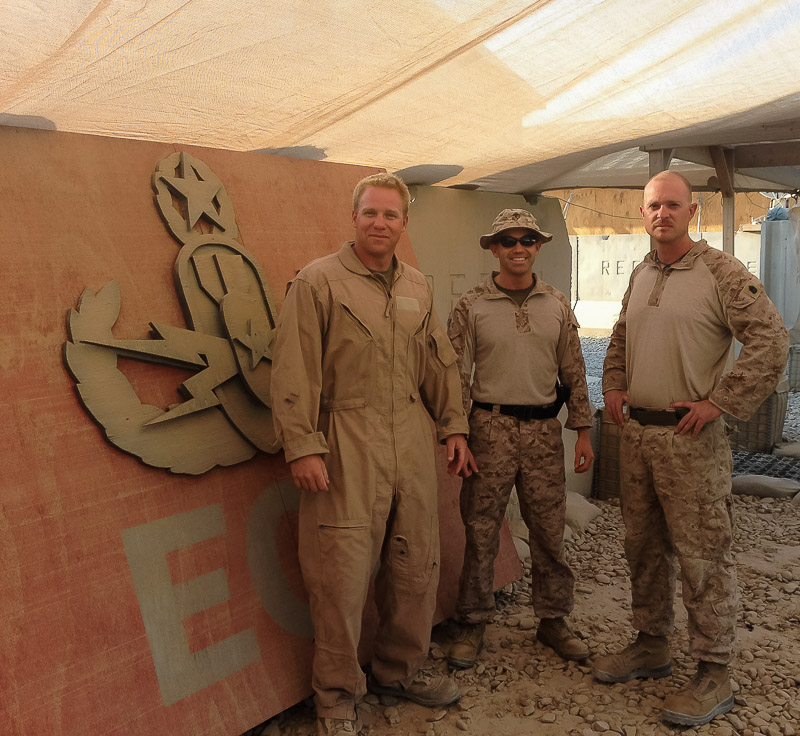 “On behalf of my fellow riders I want to extend my appreciation for your support. Together we raised nearly $3,000 for the EOD Warrior Foundation. Whether via monetary donations, kind words, admiration, or silent prayers, you enabled us to succeed in making this year’s Afghan EODRIDE monumental.”