Bicycling Reviews the Arkham from REI, Calling it 'Fleet and Functional' 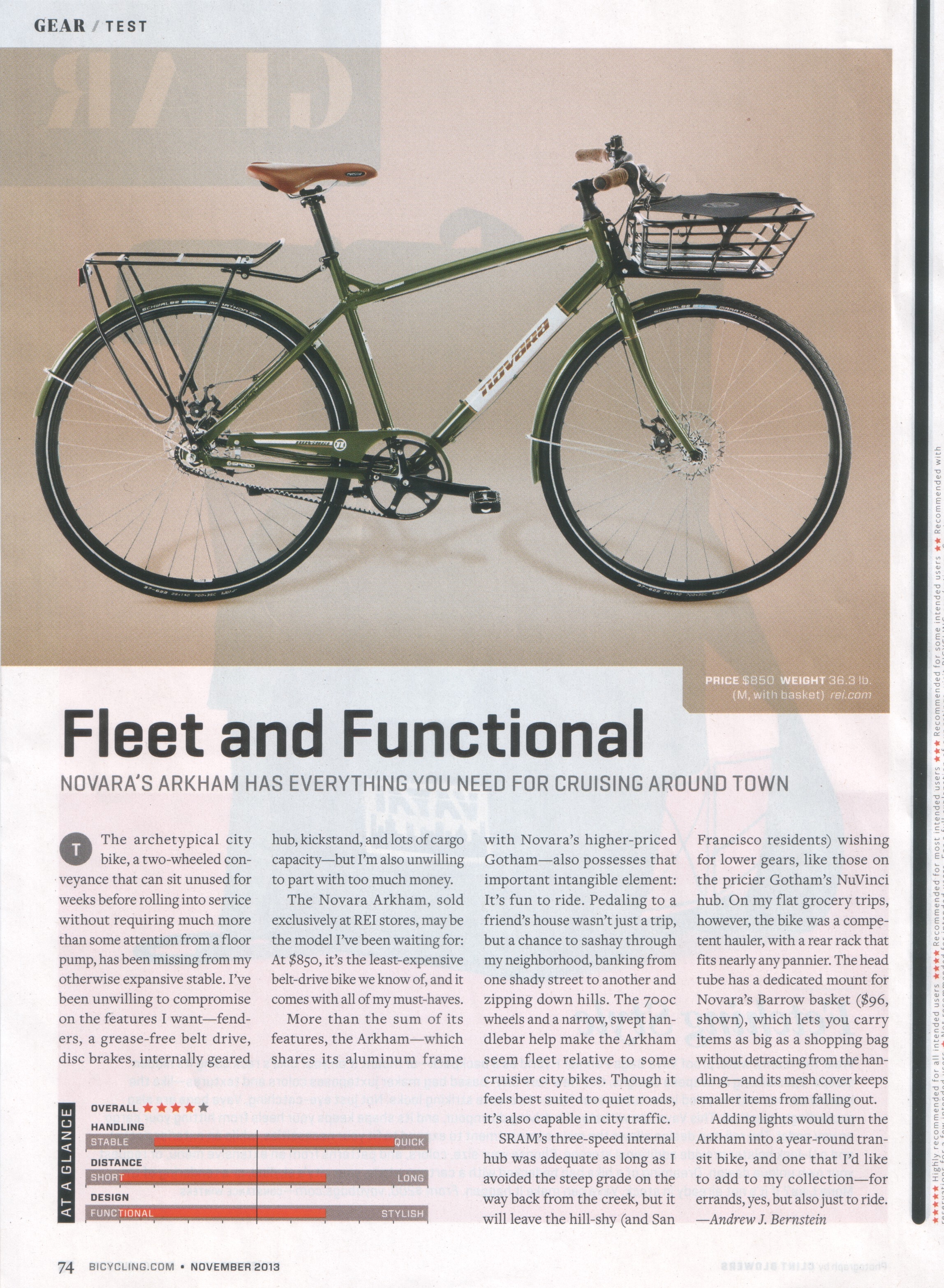 The Novara Arkham, sold exclusively through REI stores and REI.com, is one of the most compelling new commuter bikes on the market because of its functionality and price: at $849, it is the most affordable bike with Gates Carbon Drive for sale in North America. Due to its value and commuter-friendly features, we expect it to become a top seller in 2014. Bicycling Magazine editor Andrew Bernstein rode an Arkham for several months this summer, and he has just published a review in the November issue, arriving on newsstands now. 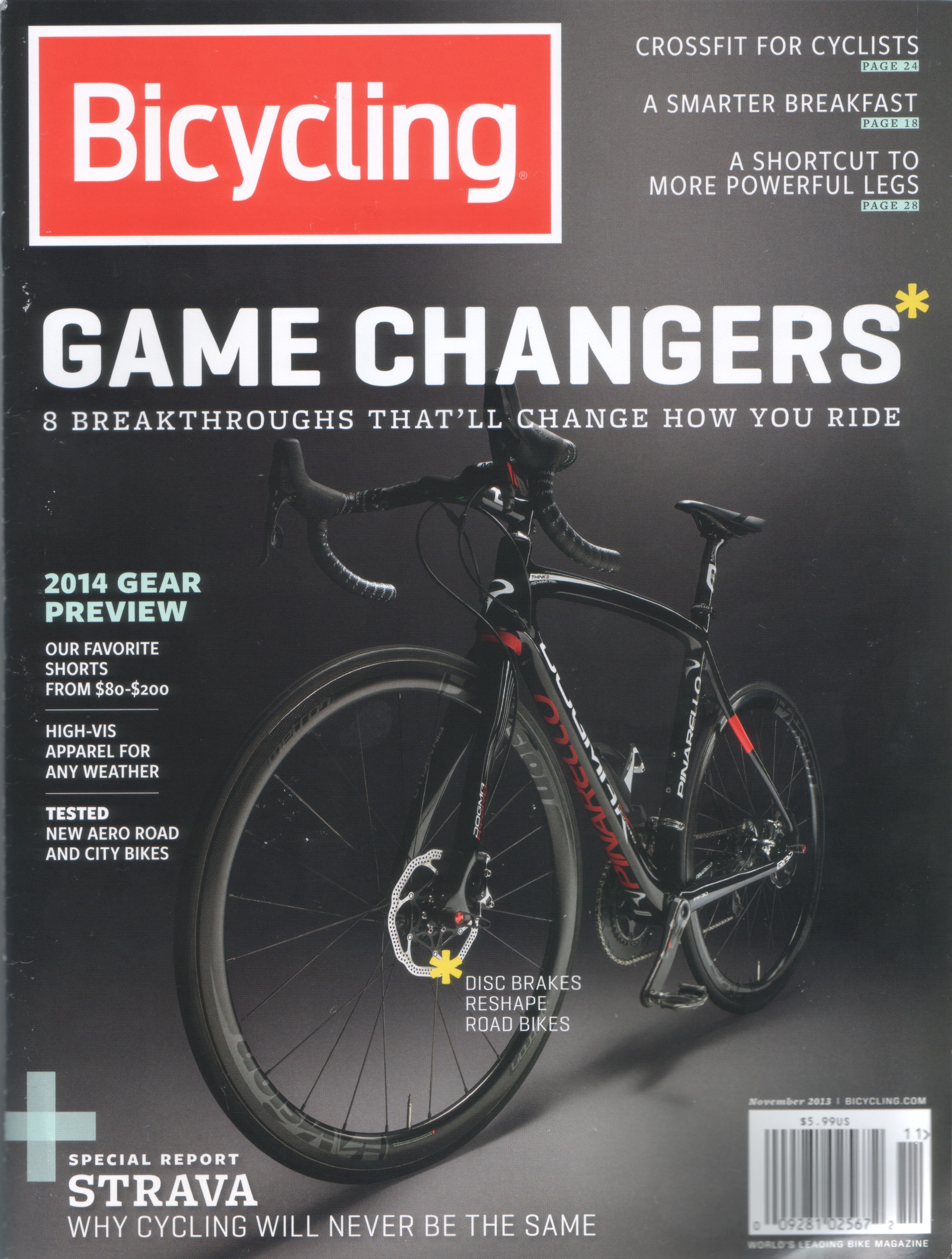 The Arkham is the second belt-drive bike model in REI’s Novara brand, adding to the Gotham introduced in 2012. In addition to a Gates Carbon Drive, the bike features fenders and a rack, disc brakes, a kickstand, and a three-speed internally geared hub. For cyclists who desire more gearing for steep hills, the Gotham is a nice alternative. The Gotham (pictured below) features the NuVinci N360 continuously variable planetary hub, which offers infinite gearing options between the high and low end. The Gotham’s frame has also been significantly lightened from the previous version, making it more nimble on the roads and easier to carry up stairs or into your home. Both the Arkham and Gotham bikes are sold exclusively at REI. 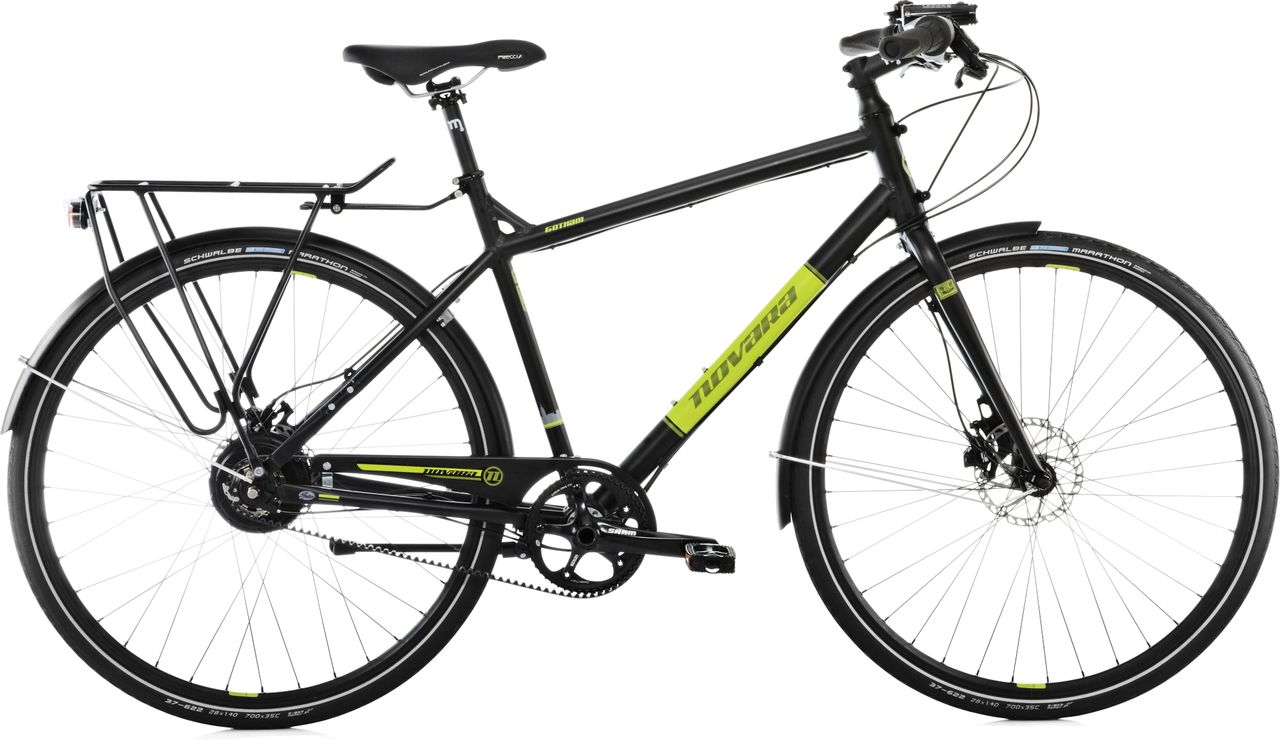