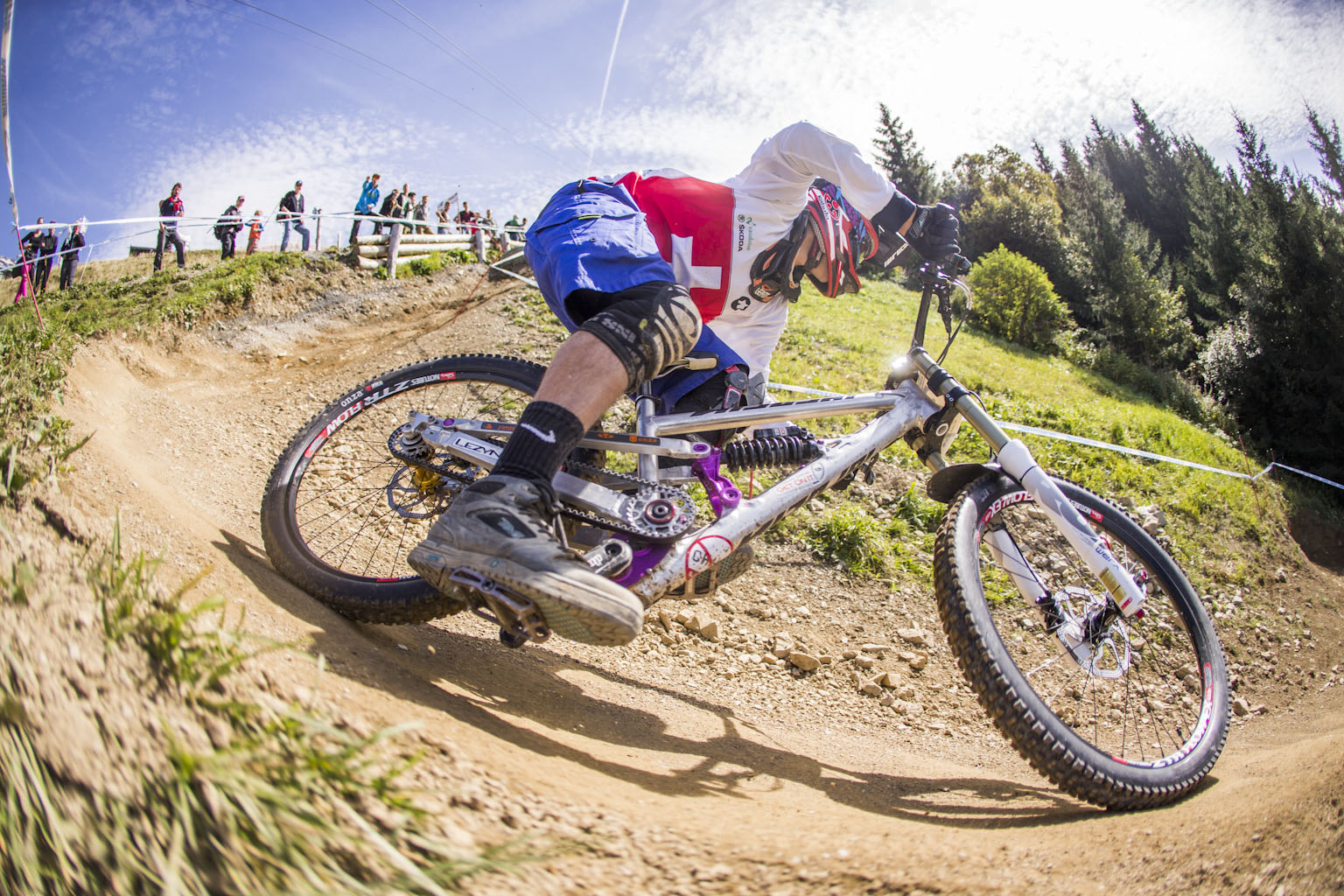 We previously posted pictures here of the Ion Effigear Gates Carbon Drive downhill bike shown by Nicolai and Gates at Eurobike. Nicolai team racer Mike Schar, the Swiss Downhill Junior National Champion, rode the bike in several competitions at the end of this season, testing the combination of belt drive and Effigear gearbox. You’ll notice the bike has no derailleur–all the gearing is sealed inside the bottom bracket. Mike reports that the belt drive and gearbox eliminate the noisy chain slap typical of downhill bikes, making it the quietest DH bike he has ever ridden. Mike competed at the recent UCI World Cup Downhill event at Leogang. Unfortunately, he was blocked in his qualifying run by the rider in front of him who refused to yield, and a loose fork in the Junior finals ended his run. Next year will be Mike’s second World Cup season as a junior, and we look forward to big results. And big news regarding this innovative bike–the quietest and cleanest downhill rig ever made. Thanks to Hoshi Yoshida for the the photos of Mike competing at Leogang. 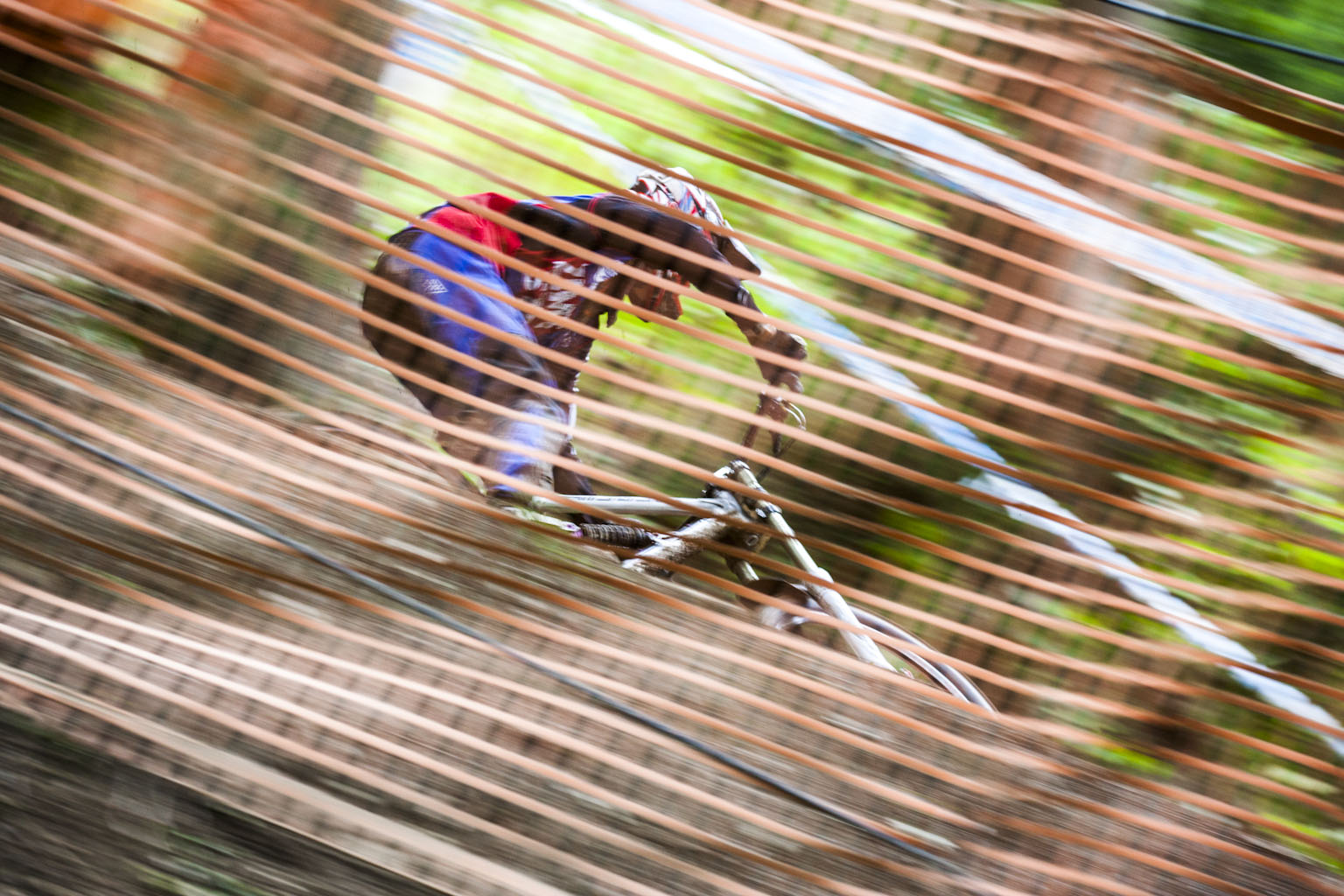 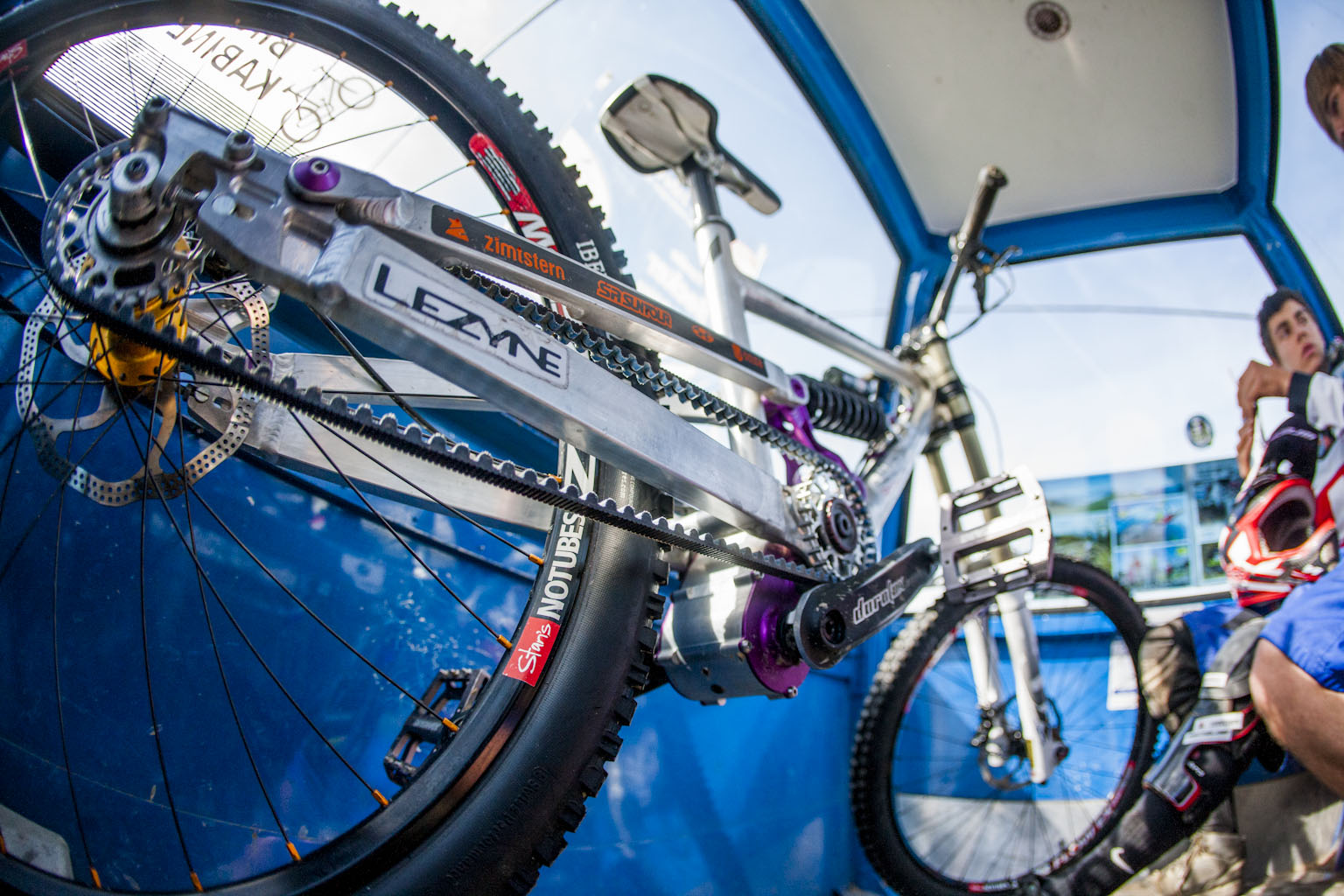 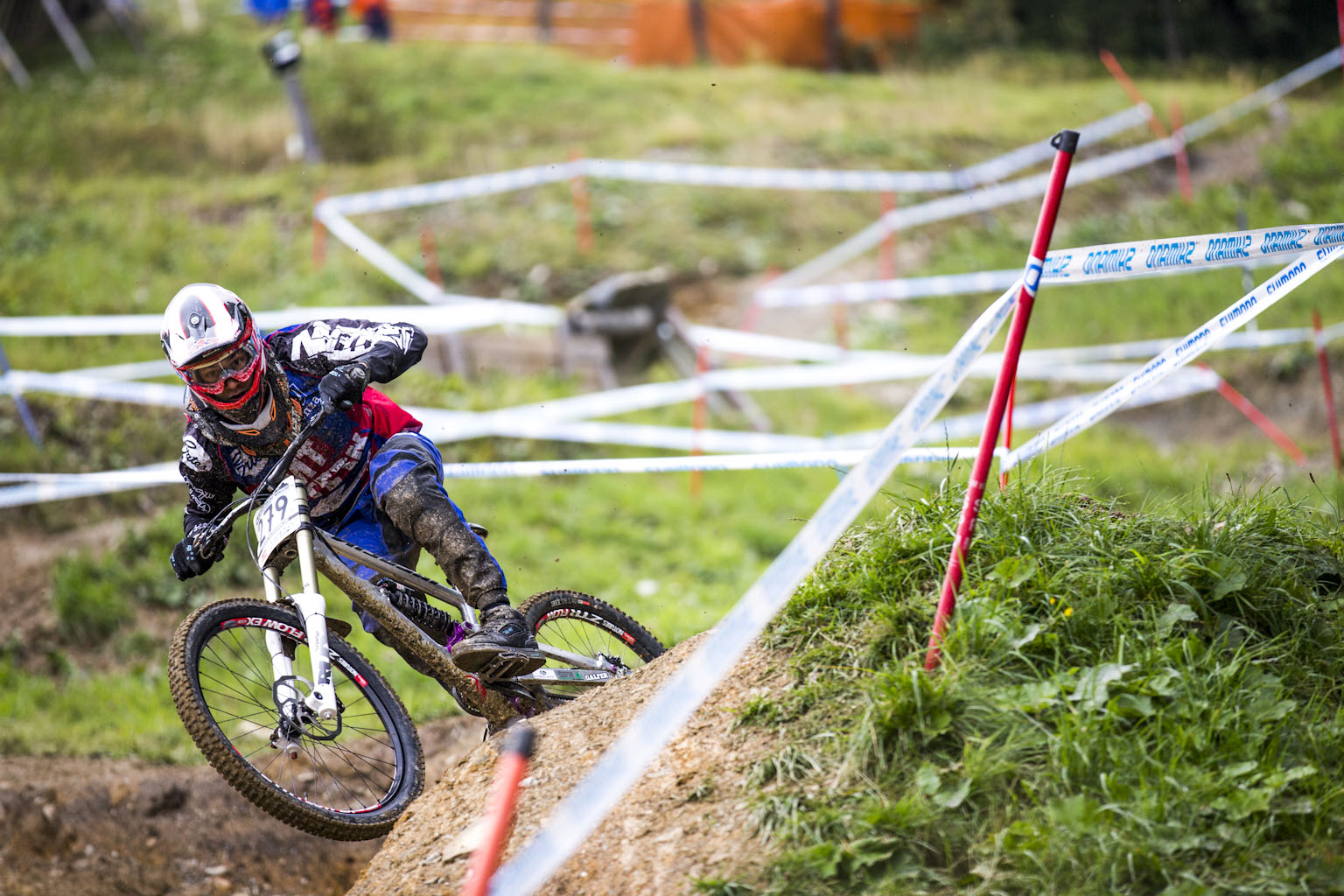 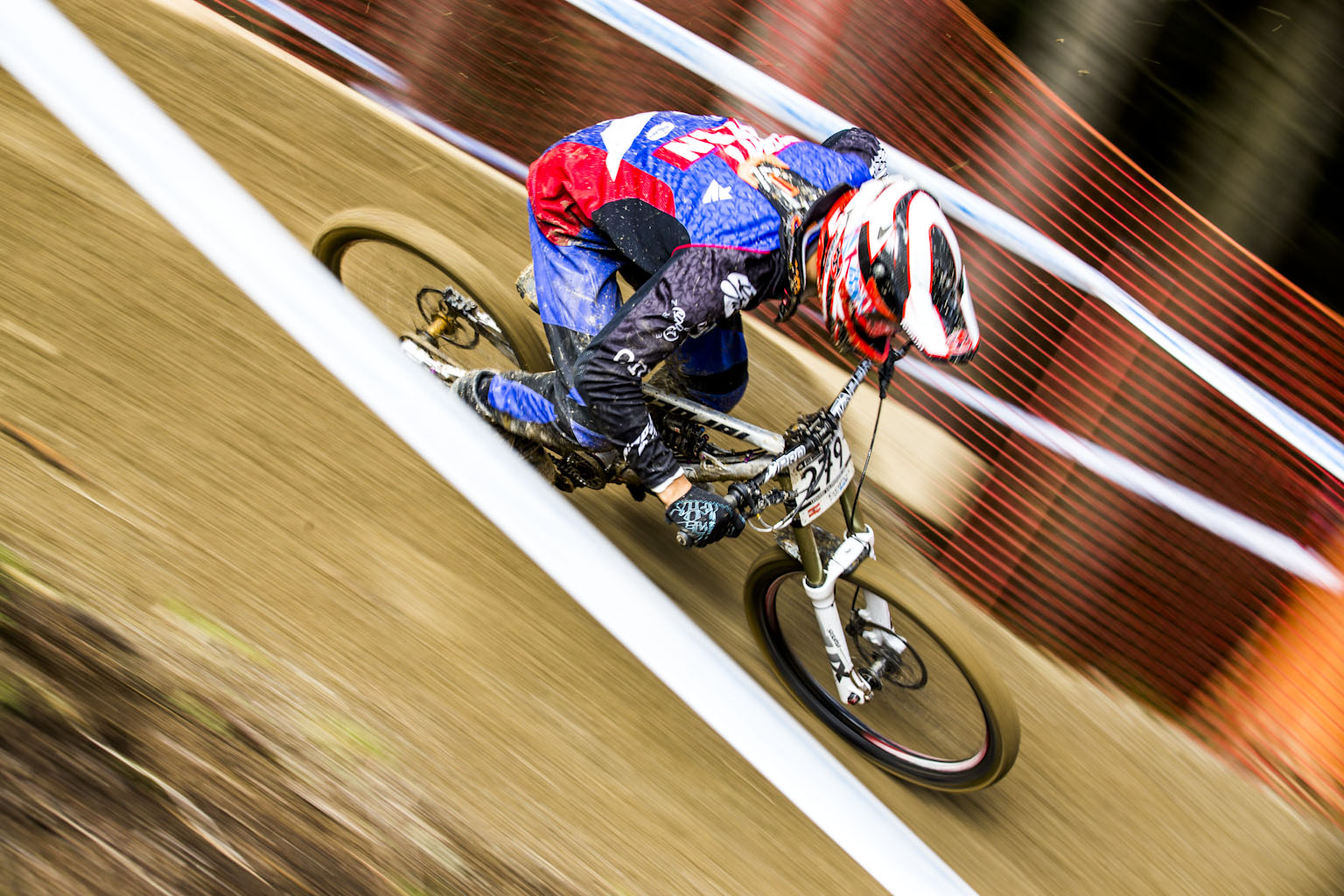 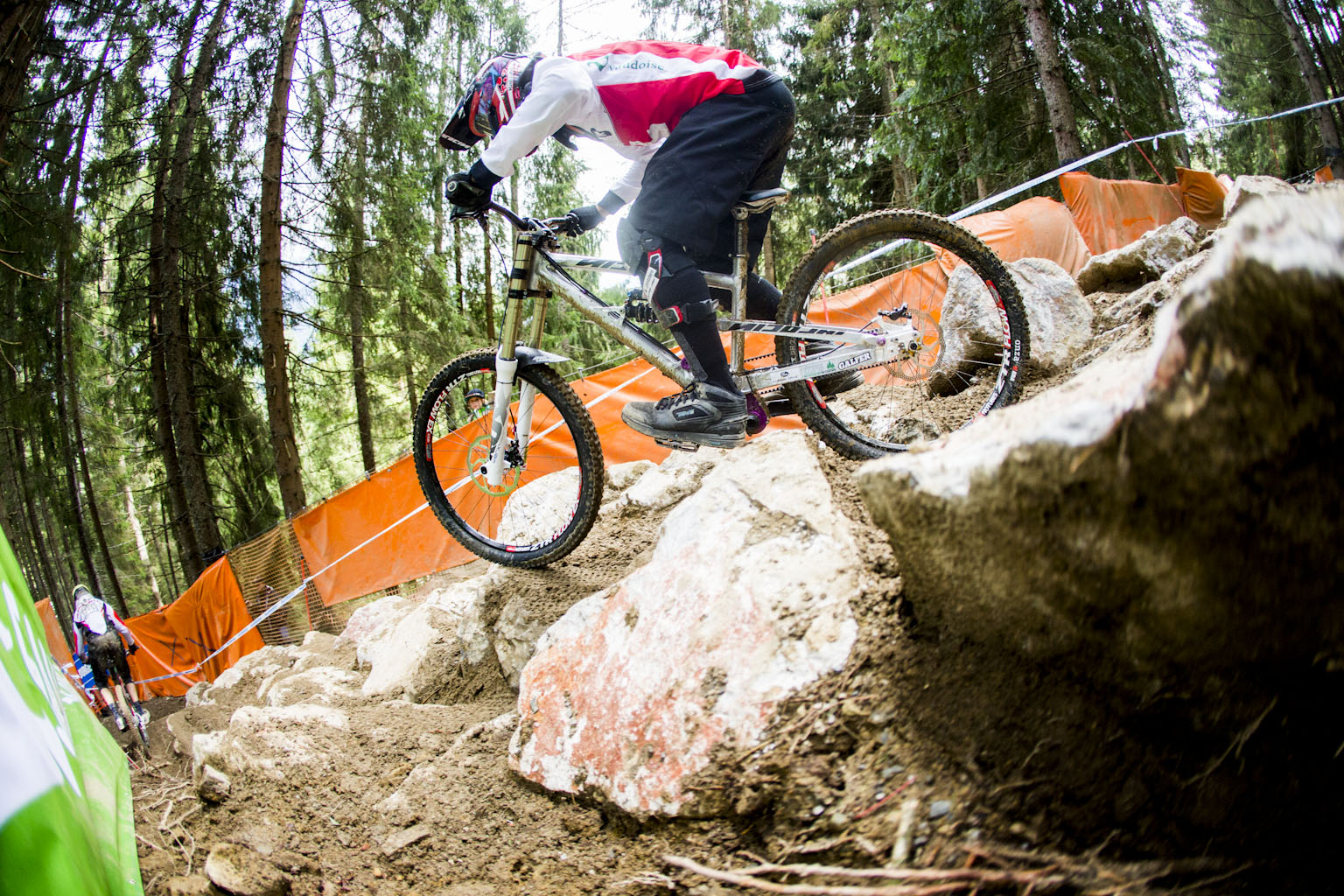 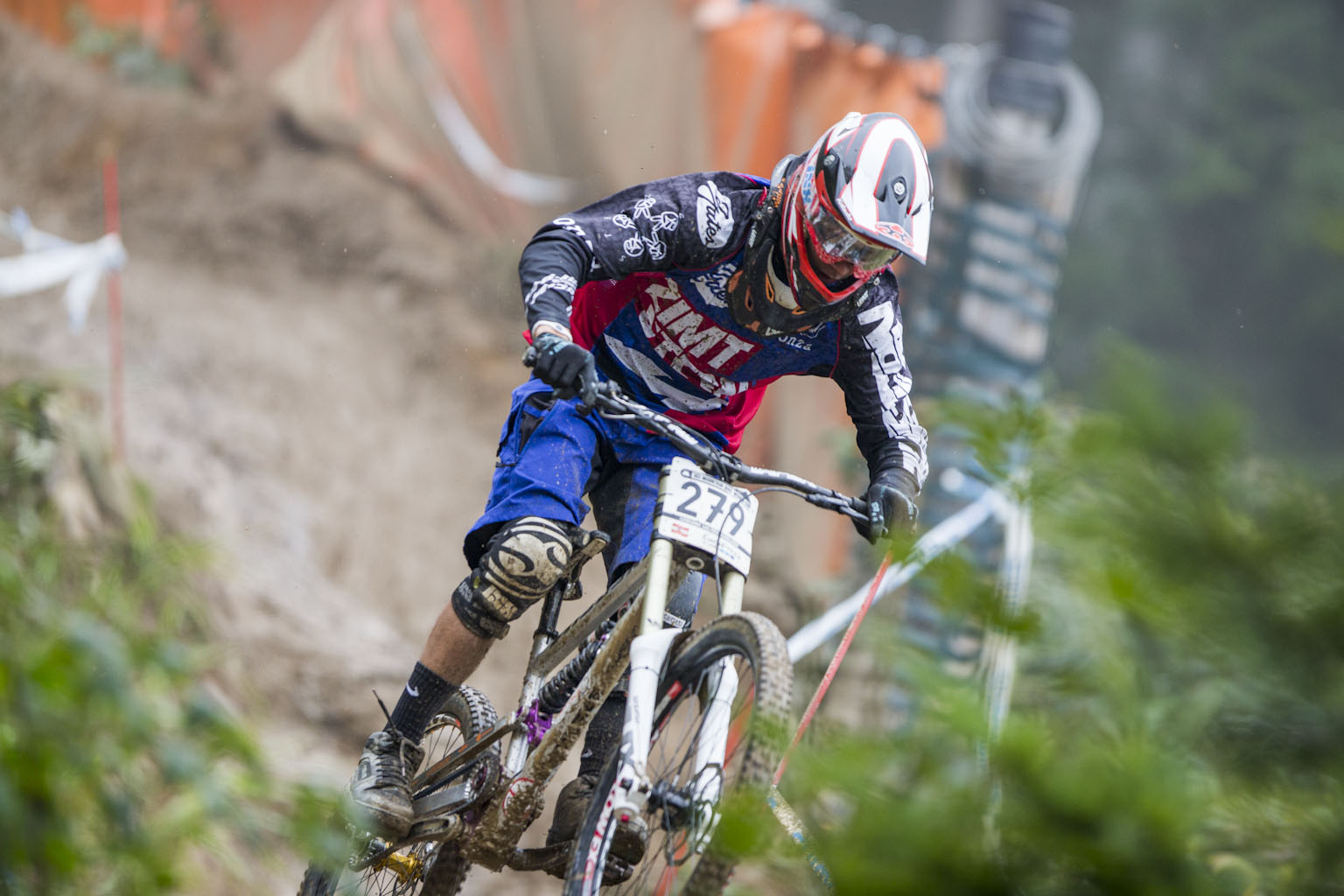 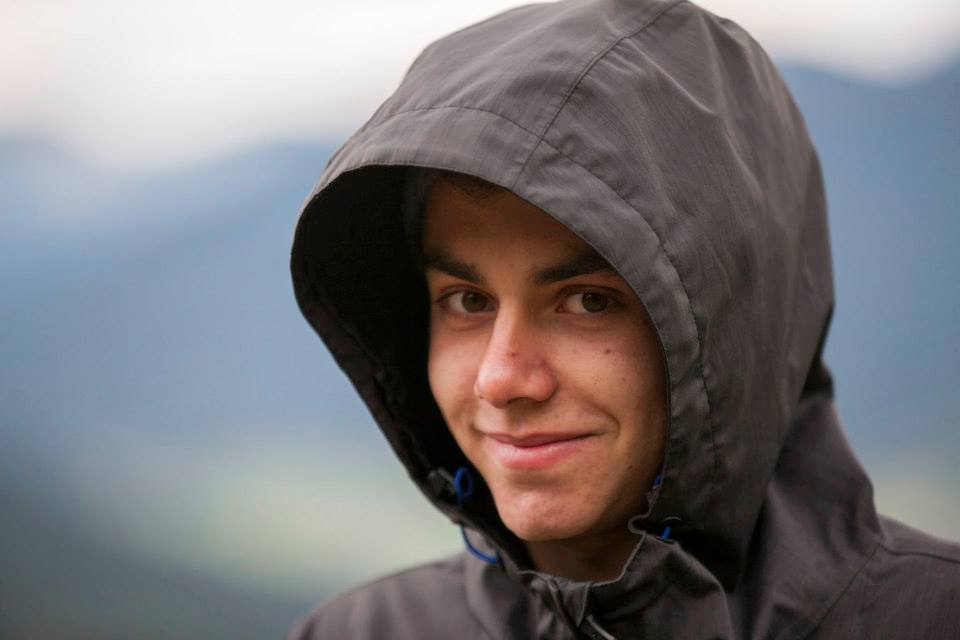