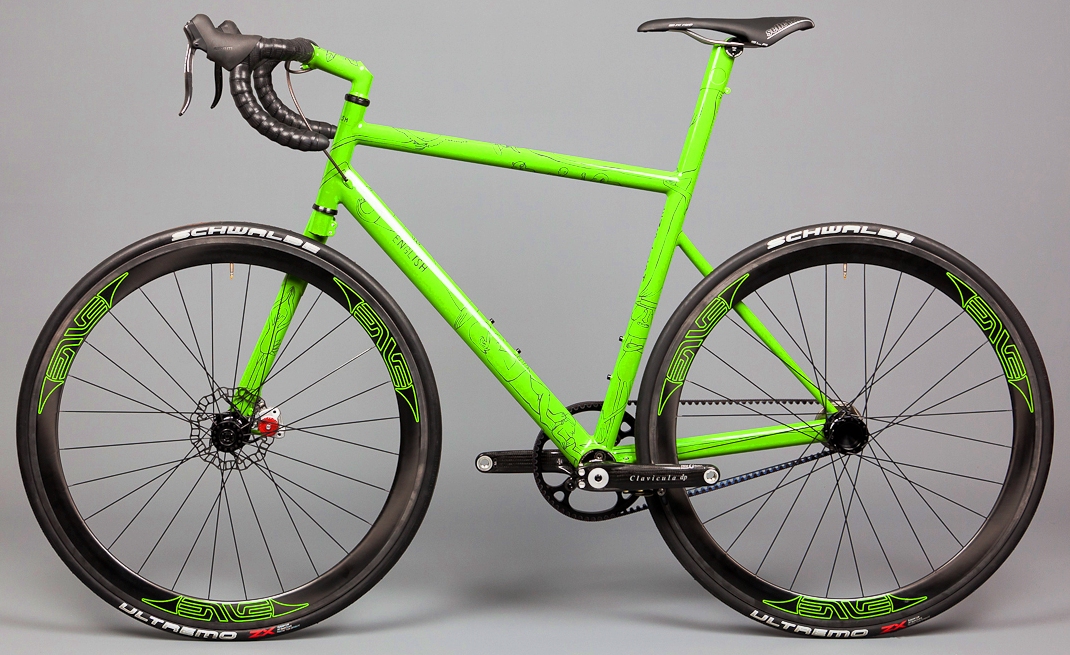 Pictured above is the Project Right bike, an ingenious build from English Cycles. It features a reinforced one piece fork on the front and a single belt stay on the rear, making it appear as if those wheels are just floating in space. The bike is among the most beautiful and innovative creations from Rob English, the founder of English Cycles. Watch a video of Rob describing the bike here.

Rob moved to the United States from England in 2006 to work for custom folding bike company Bike Friday after graduating from Cambridge with a master’s degree in mechanical engineering. He opened English Cycles in 2009 and has since distinguished himself as a top custom builder with multiple awards from the North American Handmade Bike Show. Rob is a record-holding competitive cyclist who has toured all over the world with his wife, Misha, a cyclist who runs the Velo Bed and Breakfast in Eugene, Oregon. Below are photos of some of Rob’s other beautiful belt drive bikes. See more on his website. 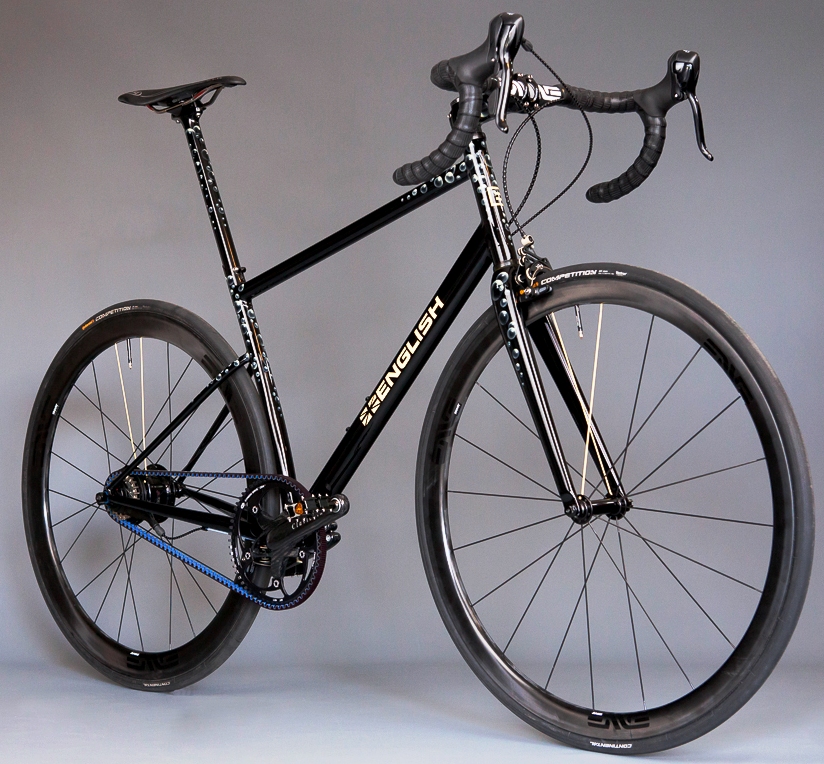 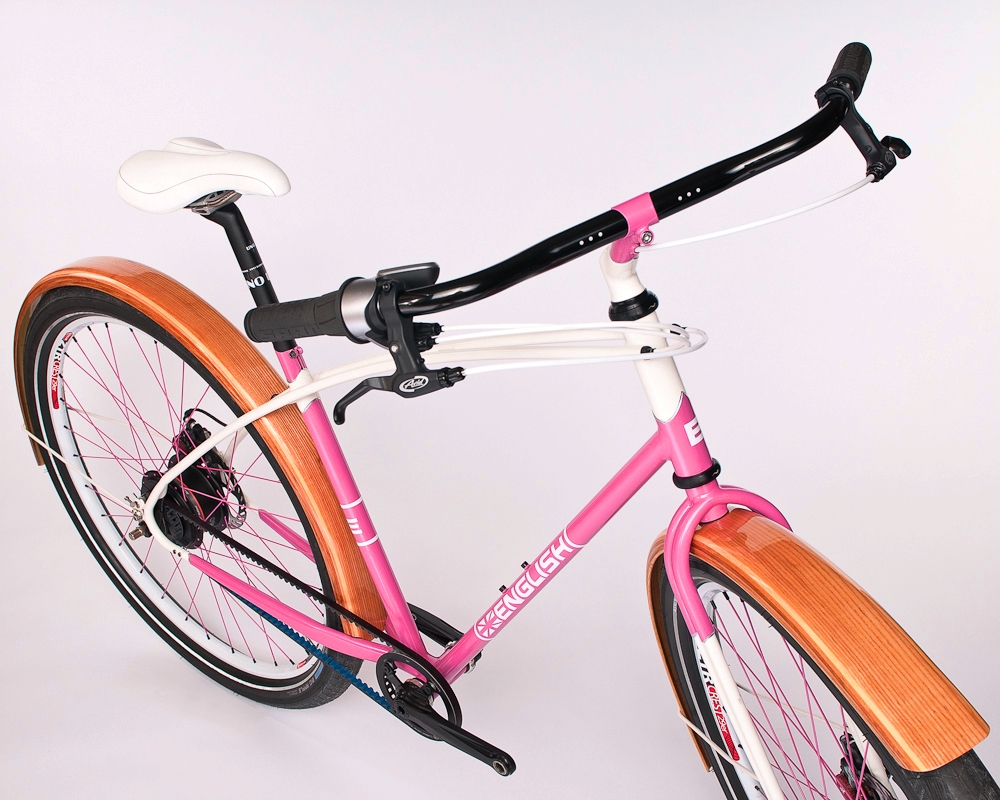 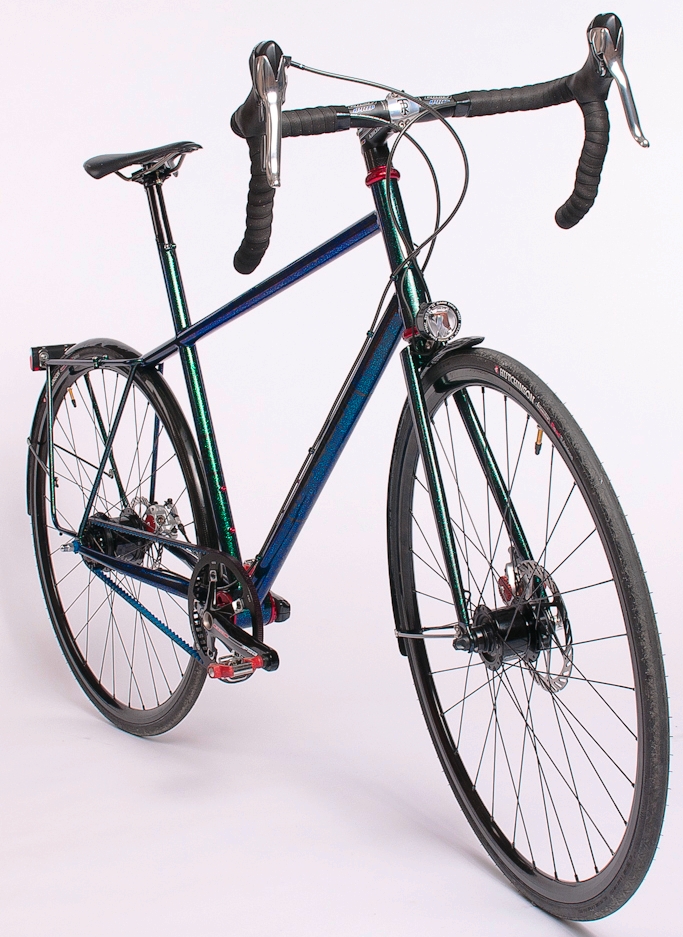 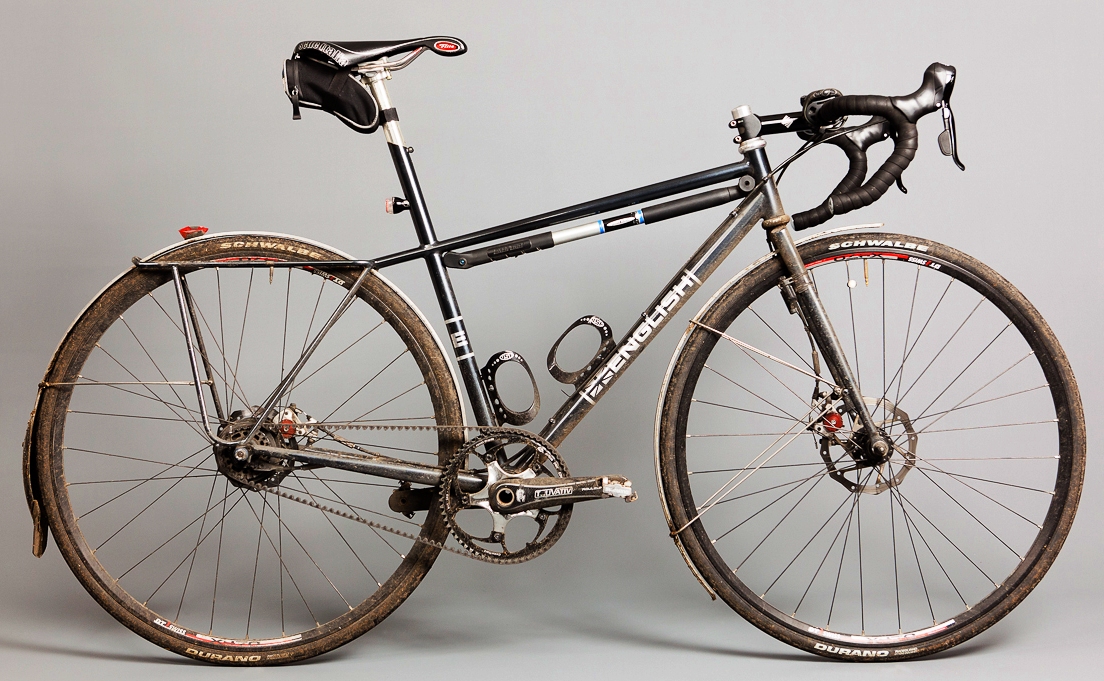