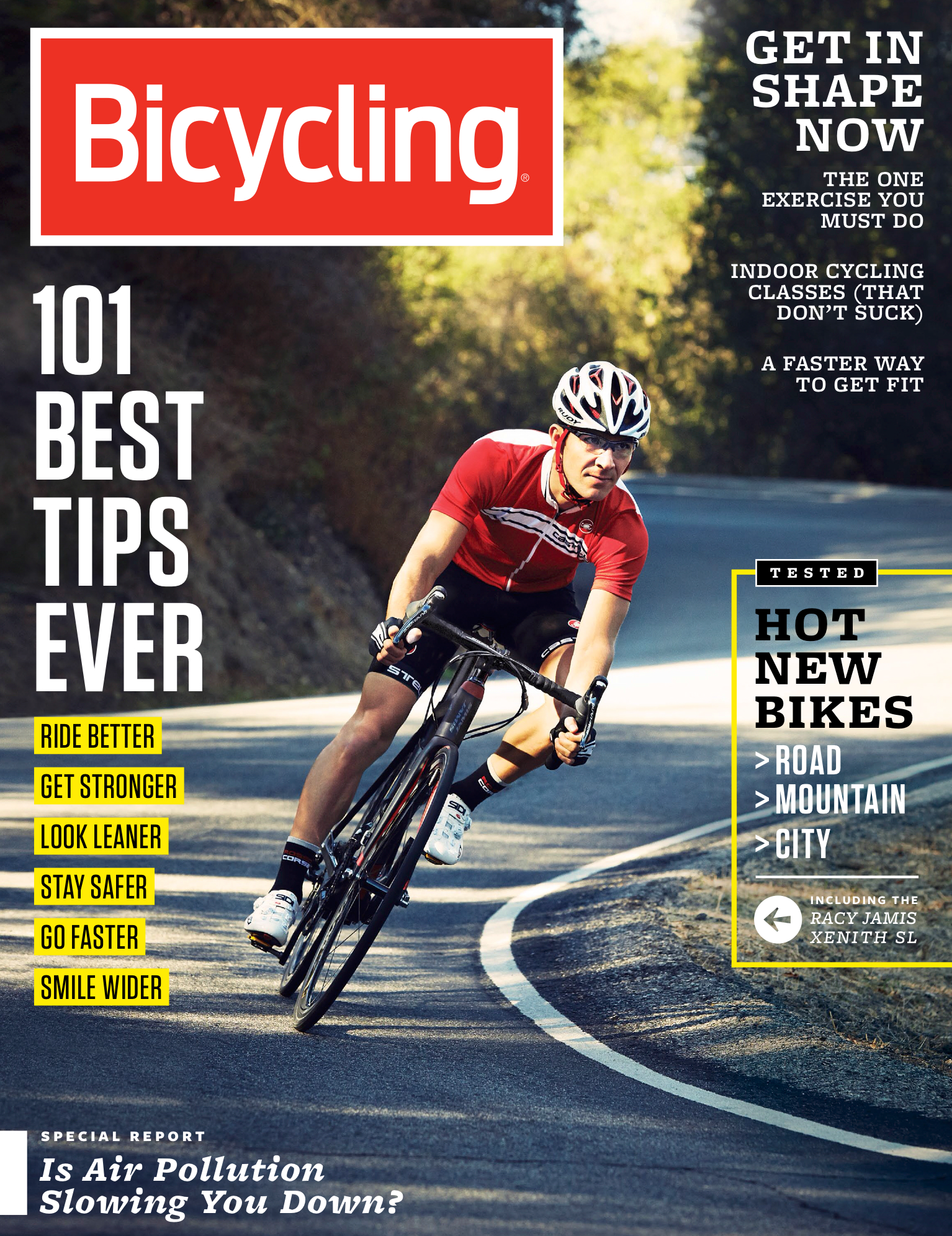 Bicycling Magazine has just published a review of the Wazee from Spot Brand in its March issue, saying the bike “puts the ‘fun’ in functional.” We agree. Bicycling also called out the attributes of the Wazee’s Gates Carbon Drive. “The Gates belt drive is ideal for cyclists who’d rather ride their bike than fix it.” Pick up the March issue to read the full review. And for all of you who don’t live in Denver, the Wazee is named after a street in the city’s hipster district–the ideal location for riding this looker of a belt drive urban bike. 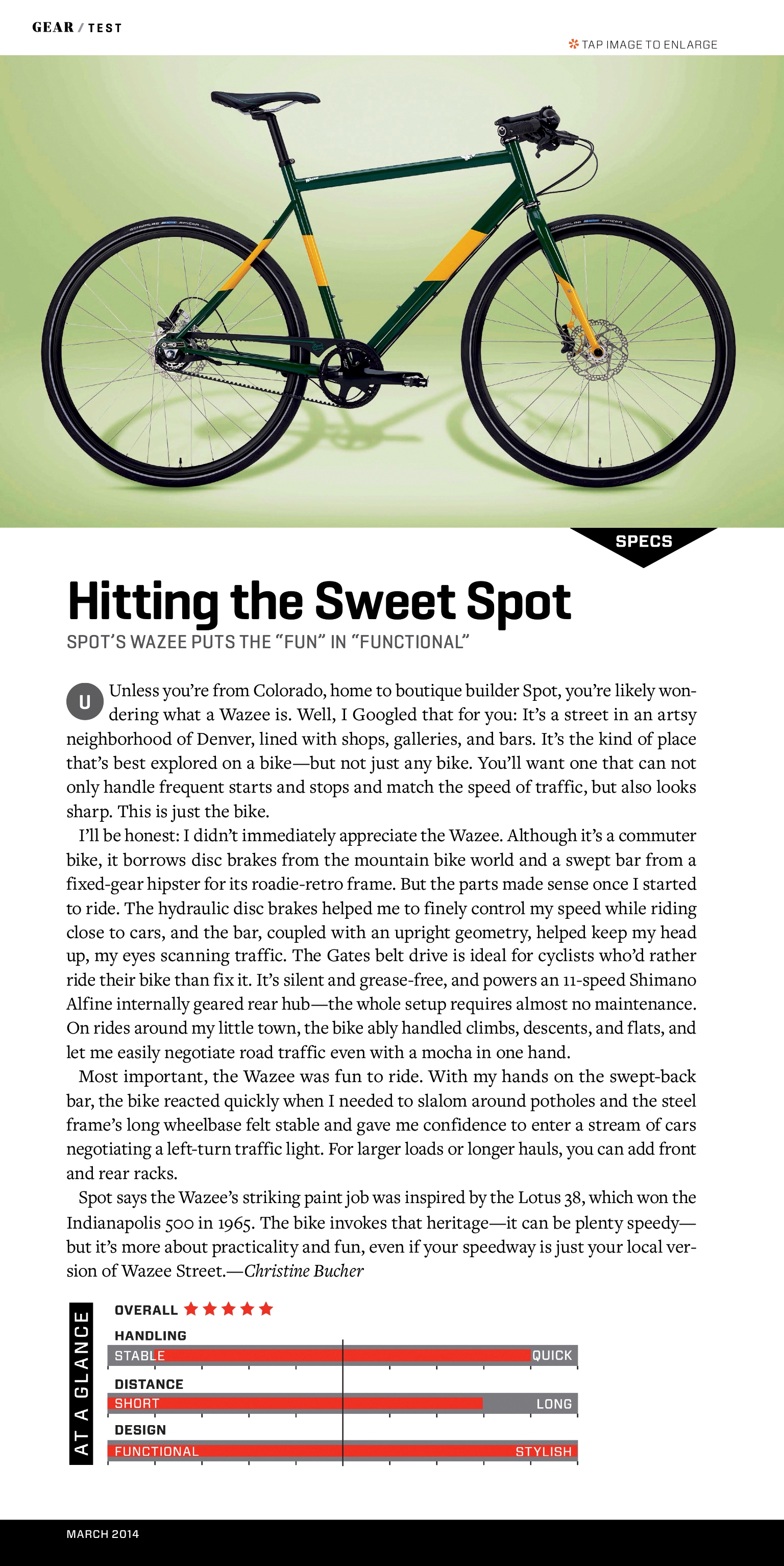 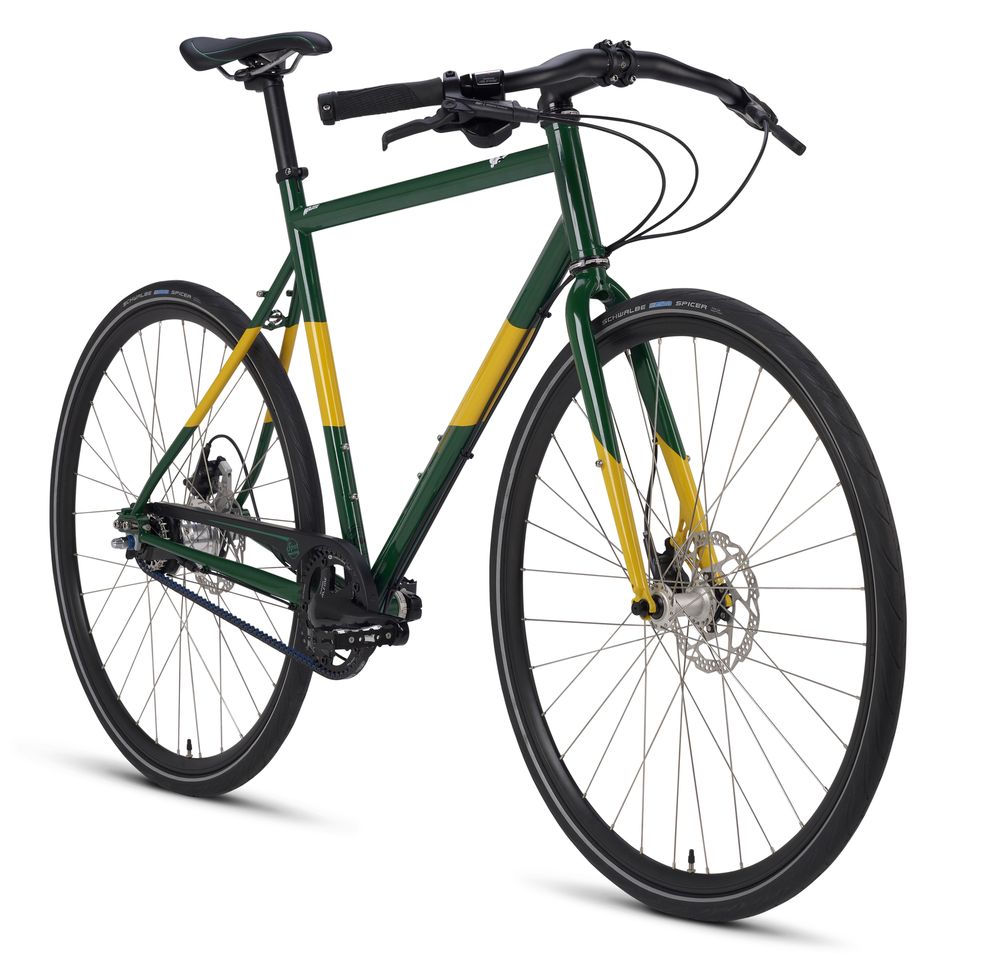