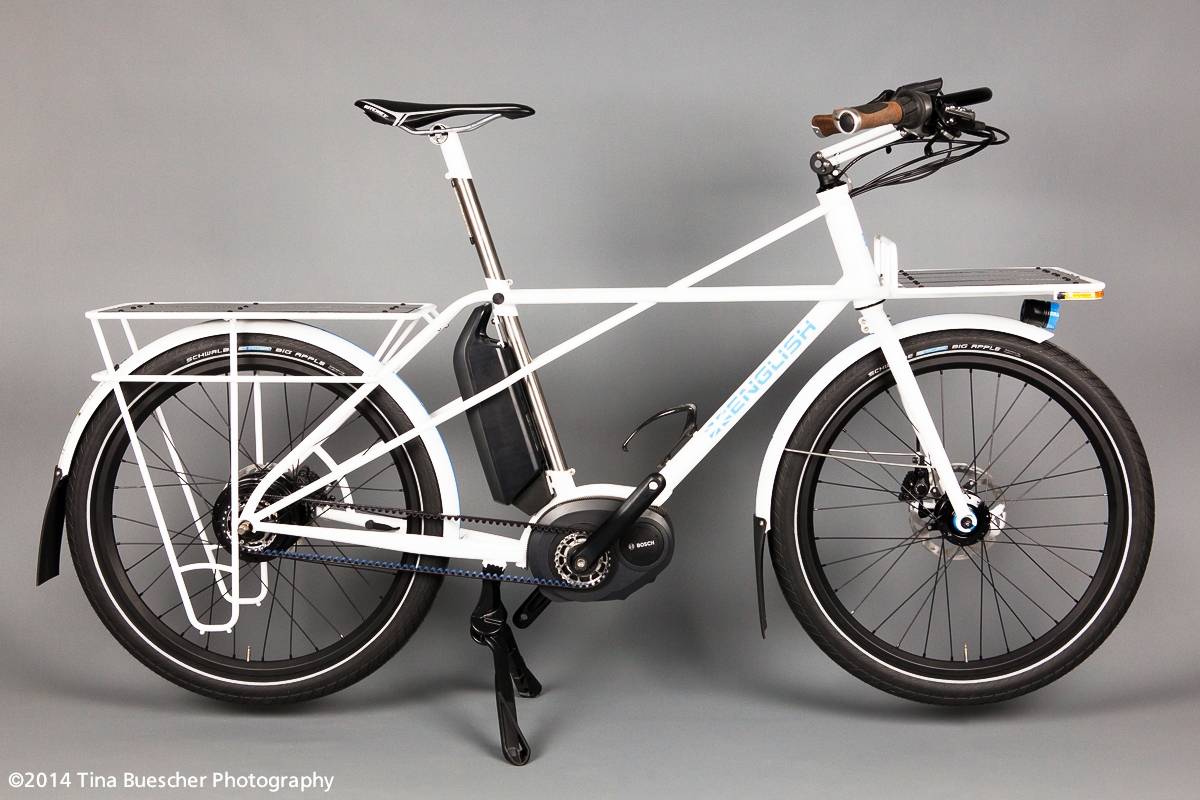 Gates partnered with leading electric bike system companies Bosch, SRAM and BionX, as well as hub maker NuVinci, and enlisted some of the finest custom builders to create the belt drive eBikes for the show, March 14-16 in Charlotte, North Carolina. The English Cycles electric cargo bike pictured above features a stylish integration of the Gates belt drive system with the Bosch Gen2 motor and battery paired with a NuVinci N360 continuously variable planetary hub.

“Electric bikes can get more Americans out of cars and onto two wheels, and Gates wants to help drive growth in North America by exposing consumers to the benefits eBikes,” said Todd Sellden, global director of Gates Carbon Drive. “The Custom eBike Showcase allows top custom builders to present an American interpretation of the European eBike movement.” 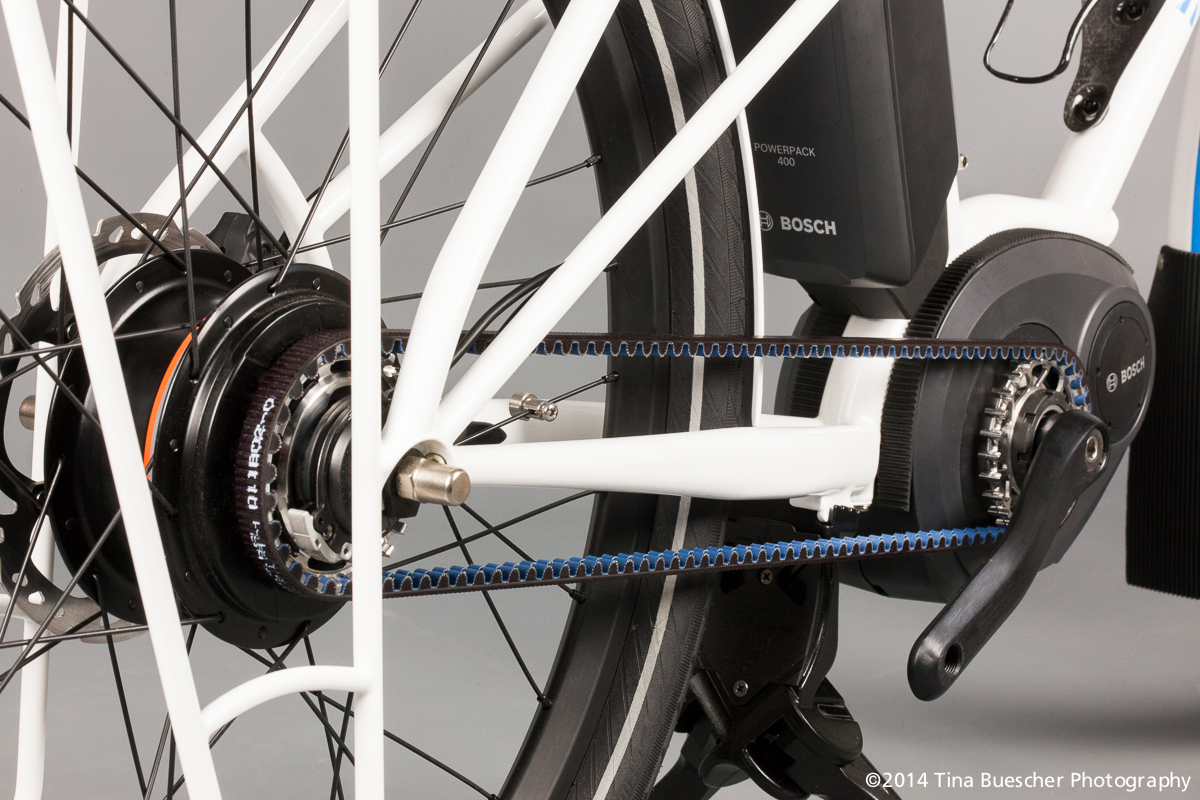 The Custom eBike Showcase will be located in the Gates booth (#300) at the Charlotte Convention Center. Gates Carbon Drive is an official sponsor of the North American Handmade Bicycle Show.”Electric bikes are a new thing for NAHBS and custom builders, and I will be curious to see the reaction from builders and the public,” said Don Walker, founder of the North American Handmade Bicycle Show.