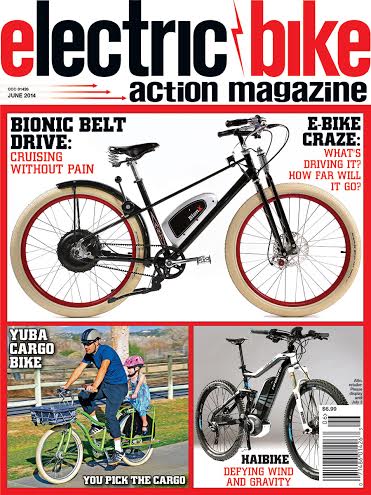 For the bicycle industry and electric bike enthusiasts, there may be no more important publication than Electric Bike Action. Launched this year by the publishers of Mountain Bike Action and Road Bike Action, Electric Bike Action is on the forefront of the eBike revolution that is sweeping Europe, getting more people out of cars and onto bikes–and coming to America.

The magazine has just published an eight-page photo spread and story in its June issue, now on newsstands, about Gates Carbon Drive’s “Custom eBike Showcase” at the North American Handmade Bicycle Show in March. That’s one of the Gates “Bionic Belt Drive” eBikes on the cover. The story includes great photography of the custom builds featuring Gates belts and electric drive systems from Bosch, SRAM and BionX, and the NuVinci continuously variable planetary hub. “The results were, to say the least, amazing,” the editors say about the Gates showcase. Pick up a copy of the magazine or go here to purchase a digital issue. The eBike revolution is coming, and it will be belted. 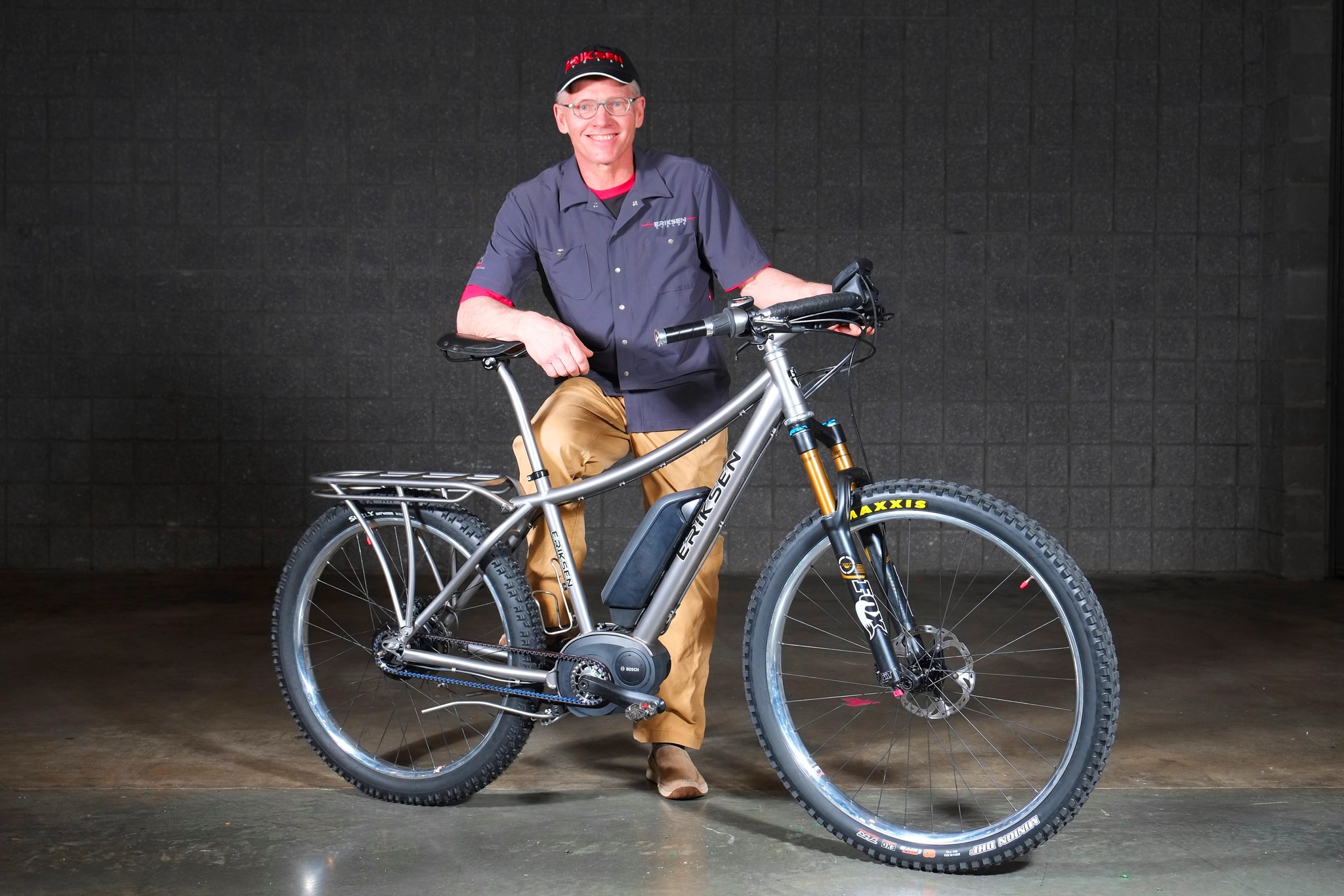 Custom builder Kent Eriksen’s titanium eBike is among those featured in the magazine.