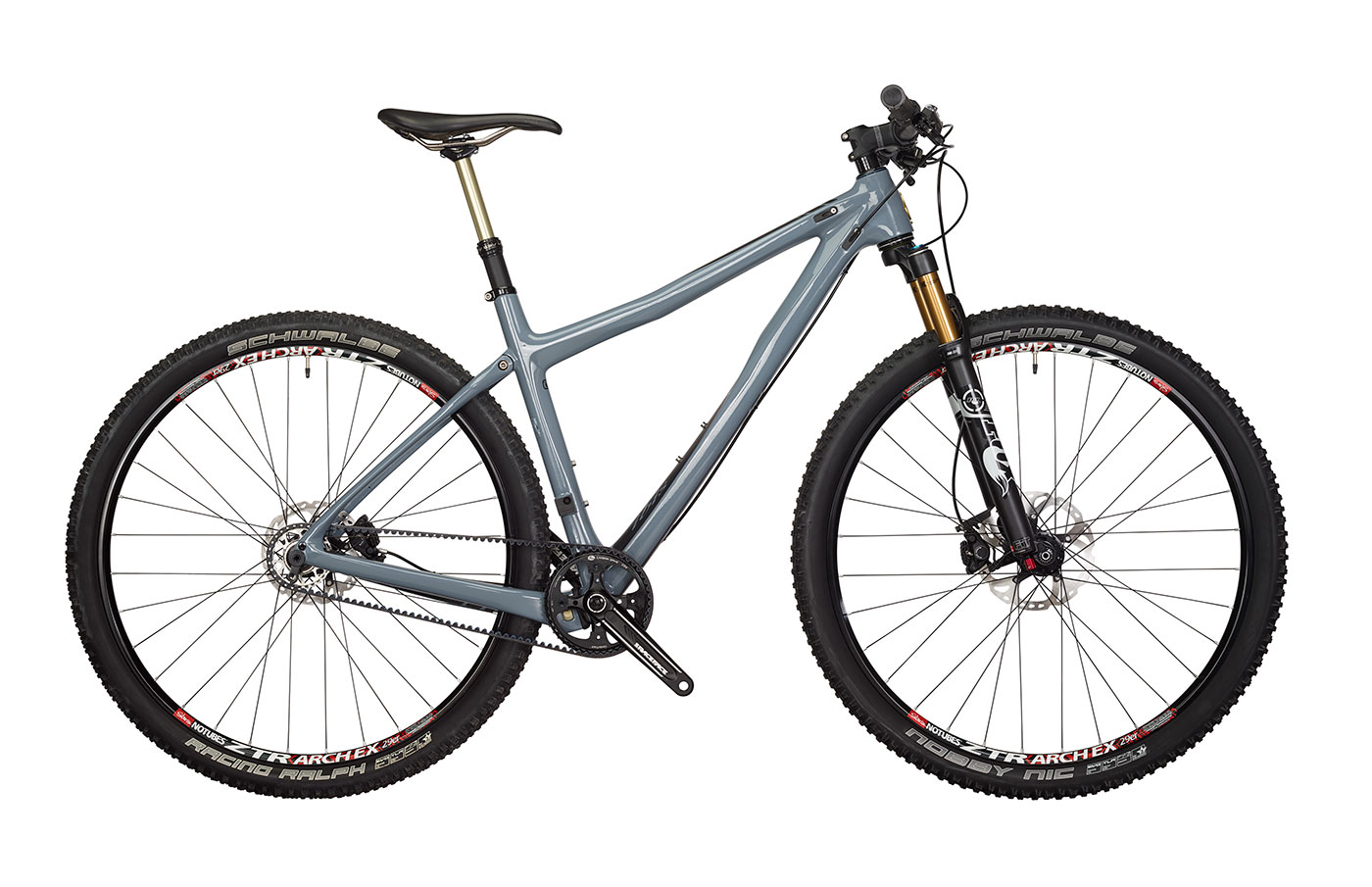 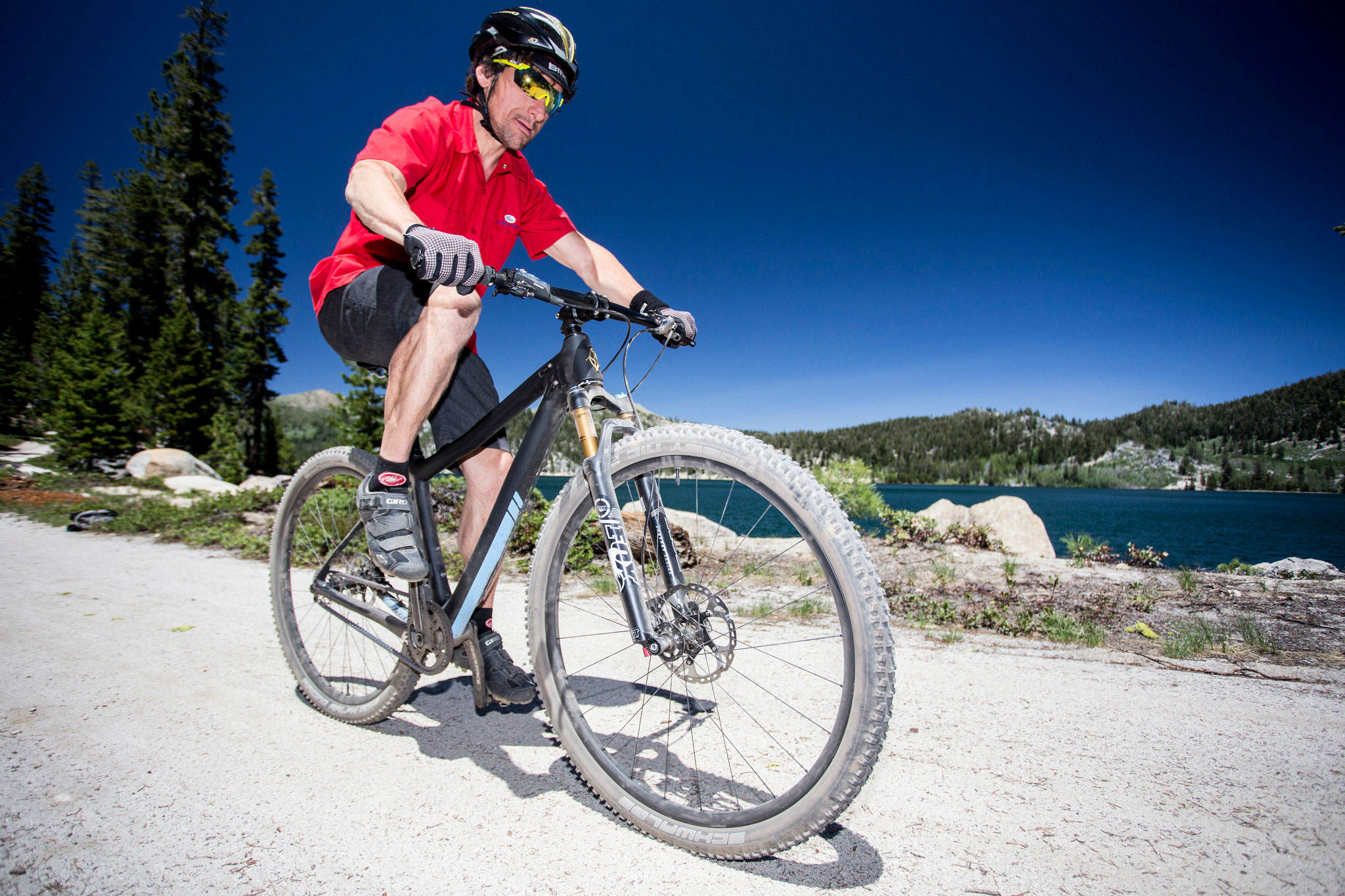 For singlespeed racers and hard tail mountain bikers, the Tranny from Ibis Cycles is a legend. Ibis has now launched its new Tranny, updating it with 29-inch wheels and selling it geared or singlespeed with a Gates Carbon Drive belt system. They call the Gates belt drive version the Tranny “Unchained.” It’s a fast and light machine. The Carbon Drive system shaves hundreds of grams over a comparable chain drive, making the Unchained a speedy race rig for one-speeders seeking the podium. The carbon frame is certainly one of the most travel-ready mountain bikes. The rear end unbolts for packing into a suitcase. A device called the Slot Machine behind the bottom bracket allows for easy belt tensioning.Gates will display a Tranny Unchained at Eurobike in Germany next month. 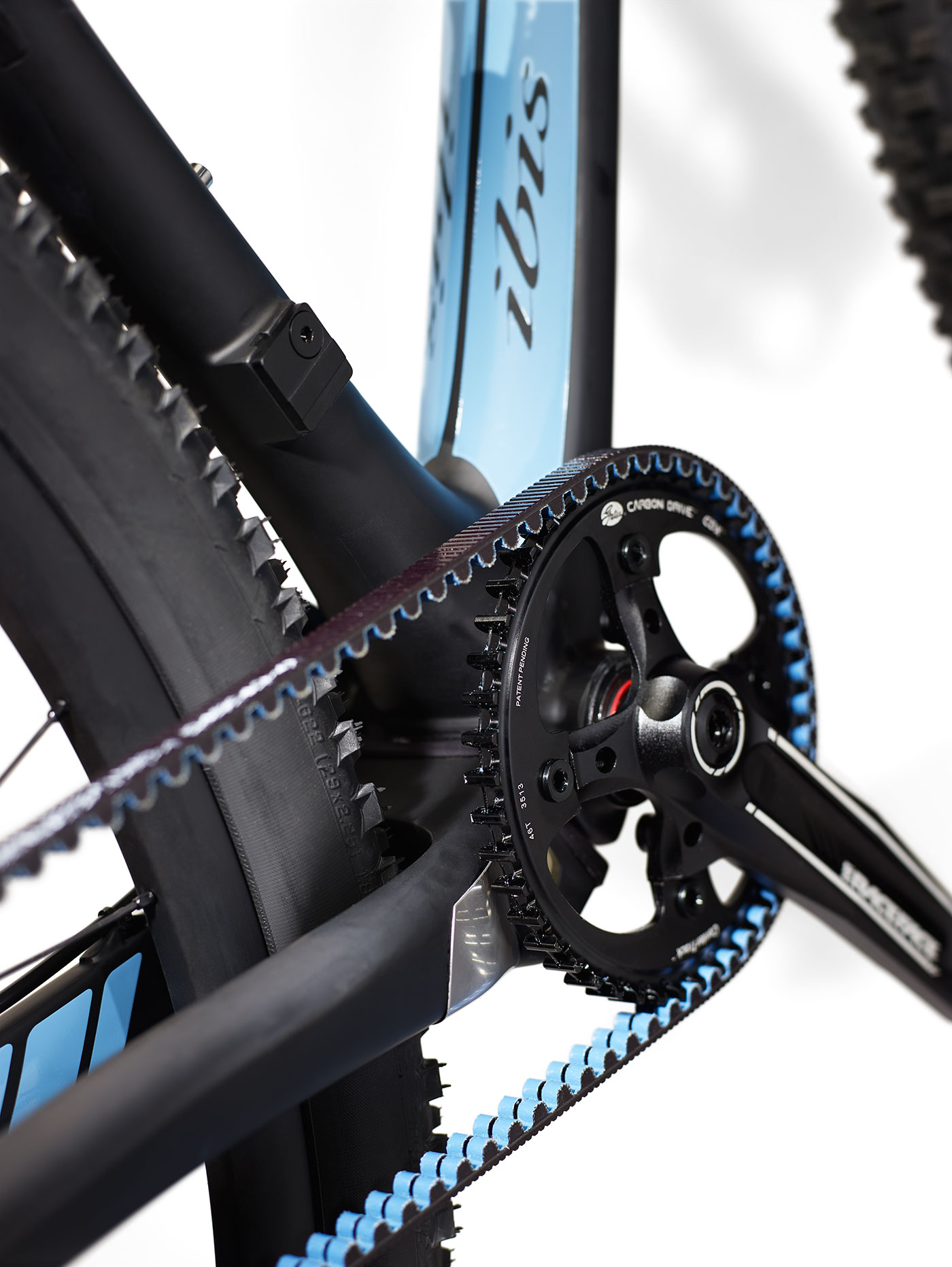 Last month, we had the pleasure of riding one for several days around Lake Tahoe with Ibis founder Scot Nicol. We charged down the rocky Tahoe Rim Trail and hammered across the Flume Trail, descending to Chimney Beach, then hit the Powerline and Corral trails, carving berms and launching tabletops. The bike flies uphill. We dropped our companions and passed other riders with ease on long climbs, stopping at the top for a snack while waiting for them. The bike’s rear end is so light and flickable that you can–with a little burst of speed–bunny hop rocks going uphill. When Ibis discontinued its former Tranny 26er a year ago, Ibis fans waited with great expectation. They will not be disappointed. Ibis has unchained a beast. Go to the Ibis page to see the Unchained build kit. Journalists, dealers and mountain bikers attending Eurobike can check it out in the Gates Carbon Drive booth. 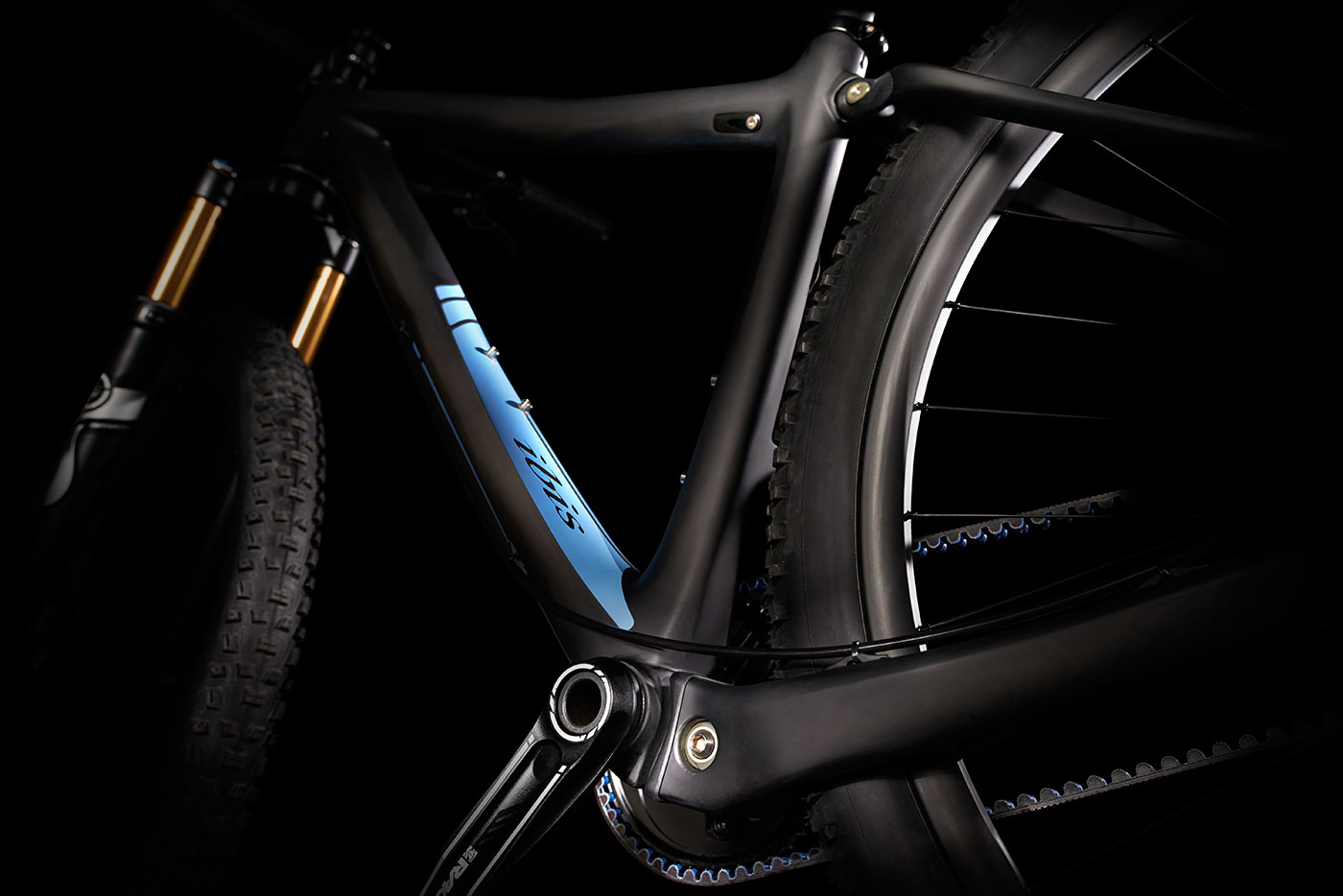 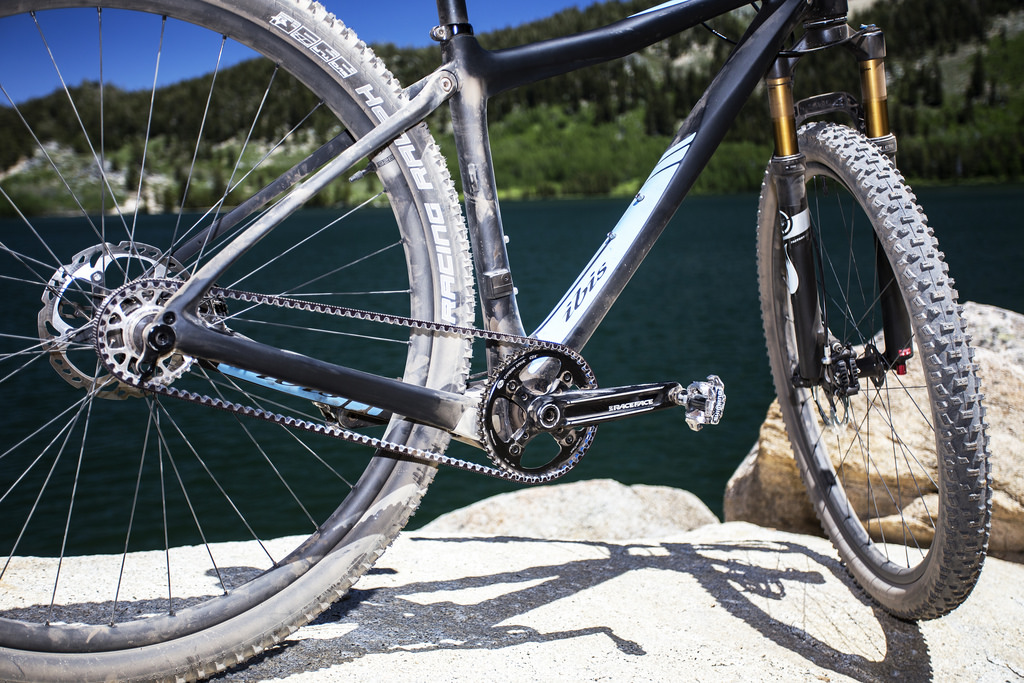