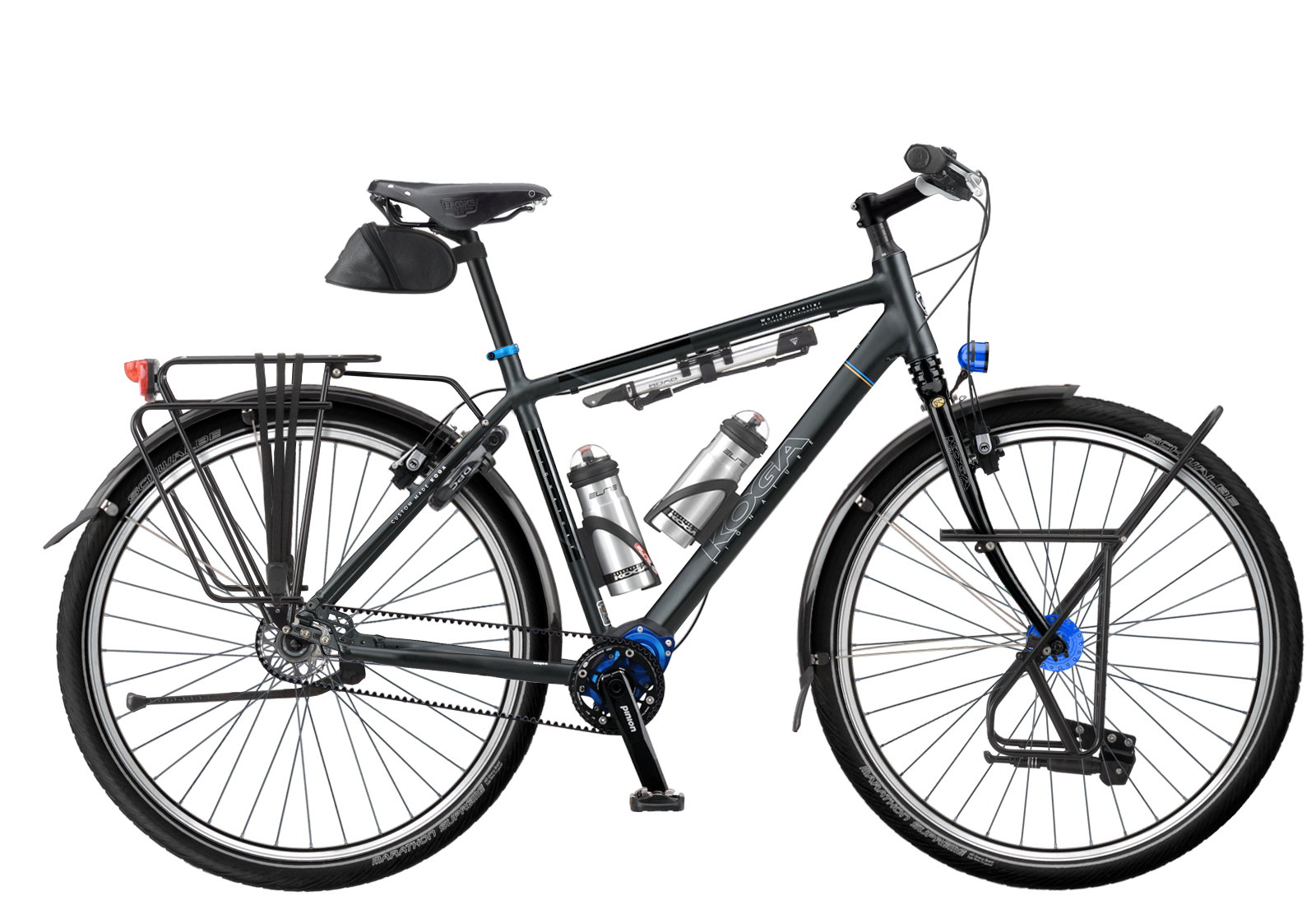 Gates Carbon Drive is headed to Utrecht in the Netherlands for the Bike Motion Benelux trade show (Oct. 17-20), where we will display a handful of innovative and stylish bicycles with Gates belt drives from Schindelhauer, Santos, Koga, Idworx, Riese & Muller and Cube. Gates representatives and technicians will meet with consumers, bike shop owners and journalists from the Netherlands, Belgium and Luxembourg to discuss the clean and easy advantages of Carbon Drive.

The Netherlands is an important market for Gates Carbon Drive and the country is home to many bike brands with models equipped with the Gates belt system. The desire for a belt makes sense in the Netherlands, where people ride year-round but where foul winter weather can rust and corrode chains. That beautiful machine pictured above is the Signature WorldTraveler from Dutch brand Koga, a favorite of long-distance touring bicyclists. Last year, adventurer Reza Pakravan rode 11,000 miles from Norway to South Africa on a WorldTraveler, using just one Gates belt while his riding partner changed three chains.

Gates will also display the Santos Race Lite, a road bike featuring a Rohloff hub and Gates belt drive. The Race Lite, pictured below, is perfect for road cyclists who want a low-maintenance bike for long rides in sloppy weather. 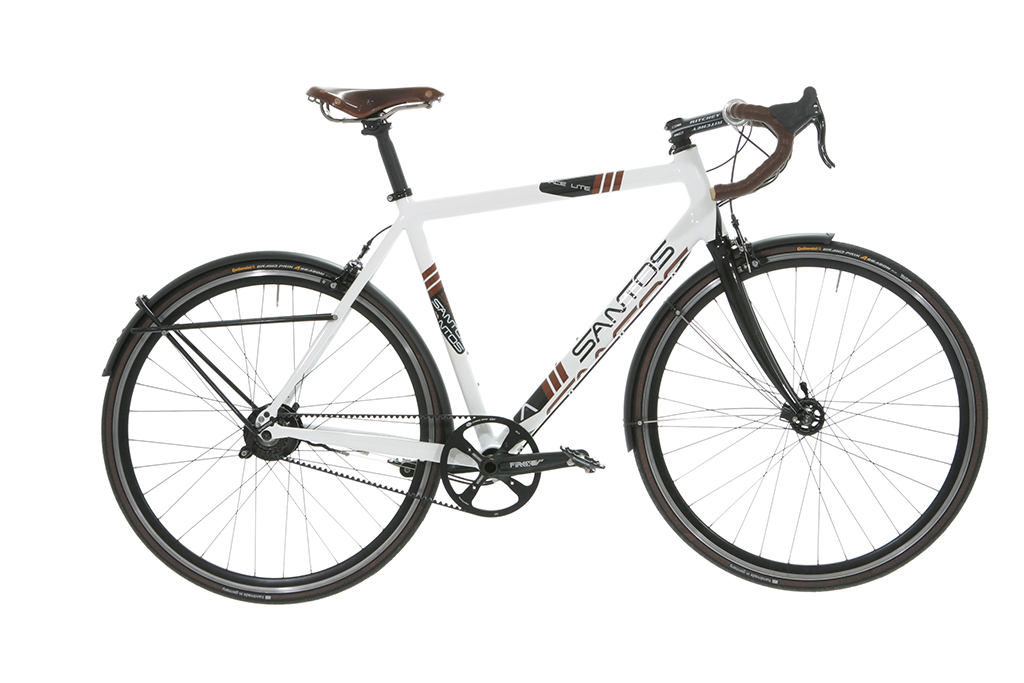 Made in Berlin, Schindelhauer bicycles mix modern style with high performance. Gates will display the Ludwig VIII, a touring and city bike with Shimano Alfine eight-speed hub, pictured below. Watch this crafty video of a Schindelhauer being ridden in an industrial warehouse to check out their style. 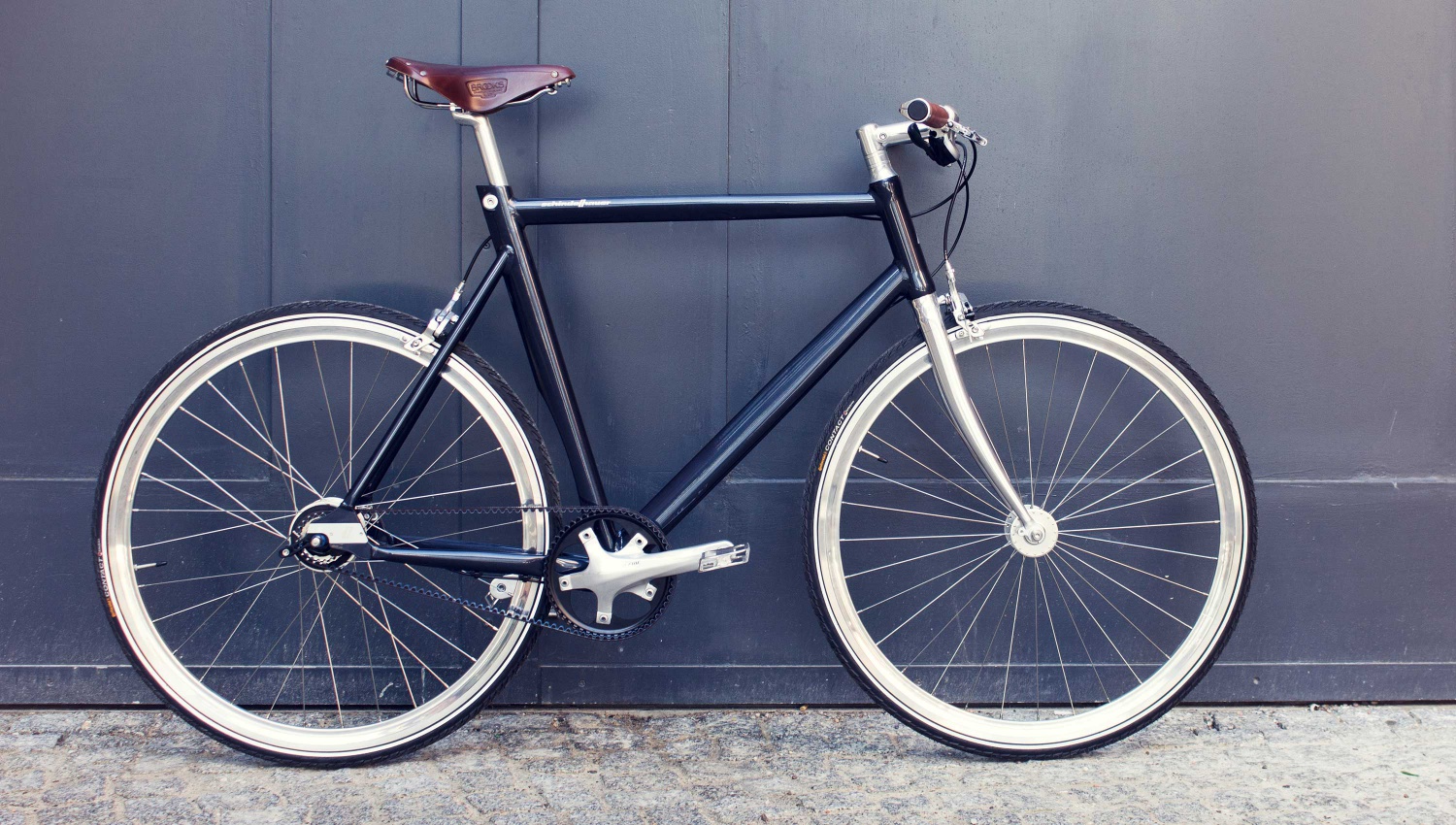 Gates Carbon Drive is increasingly popular on electric bikes, with many new models available for sale in the Netherlands. Below is the Charger Hybrid NuVinci Beltdrive from Riese & Muller. This pedal assist eBike features the leading combination of Bosch mid-motor, Gates belt and NuVinci continuously variable planetary hub for seamless shifting. Read more about this powerful combination of technologies here. 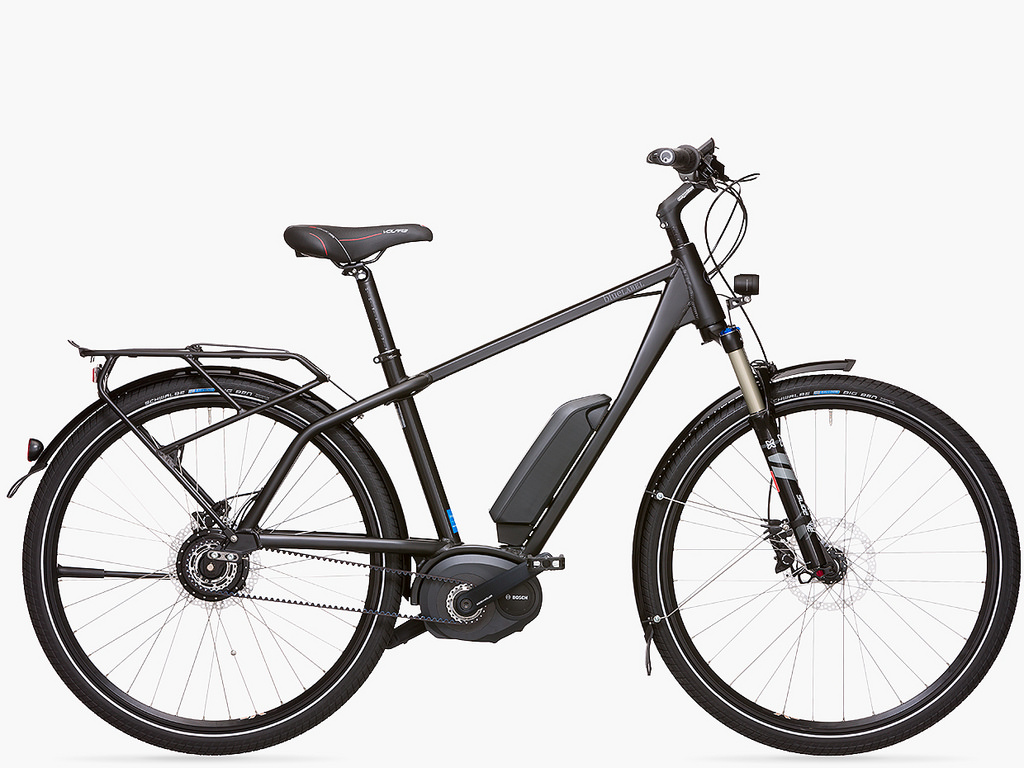 The Cube Hyde Race commuter features a Gates belt and Shimano Alfine eight-speed hub. This sleek and fast machine is perfect for navigating the streets of any city in Europe. Wish we had an extra one to ride along the canals of Utrecht during our visit. 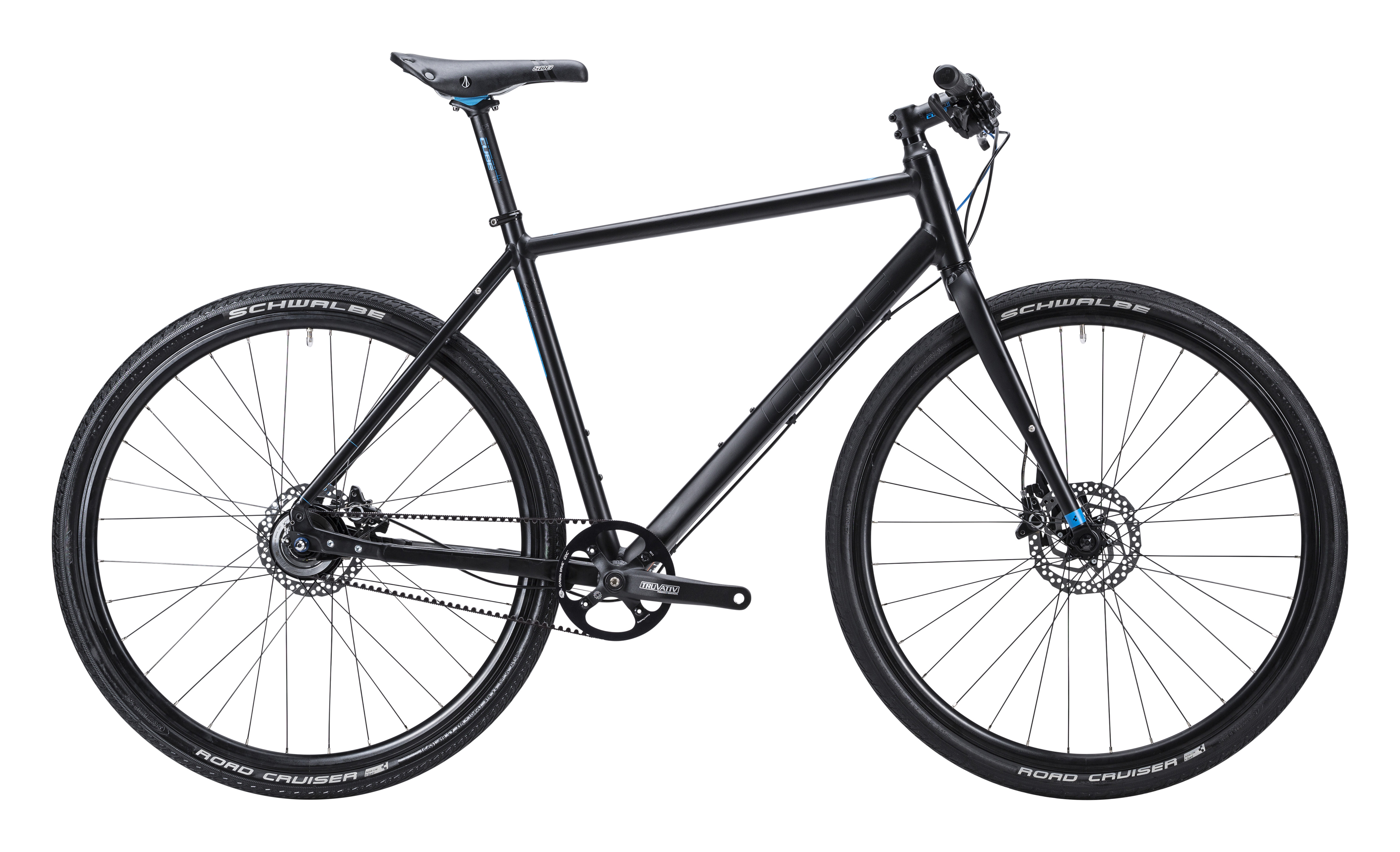 Gates will also show an Idwork trekking bike with Pinion gearbox. Many other brands with Gates Carbon Drive bike models will also show their bikes at the show, including BMC, Van Nicholas, Canyon, Grace, KTM, Scott, Pilot Cycles (pictured below) and more. Come visit us at Bike Motion Benelux in the Gates booth (10.A001). Find a bike, then go for a tour of the cobblestone streets and canals of Utrecht, a city of 330,000 on the banks of the Rhine River, where historic buildings in the city center date to the early Middle Ages. The Netherlands is a bike-friendly nation where 27 percent of all trips are made by bicycle, and where cycle paths connect many communities via a national network of separate bike paths and streets. In other words, it’s perfect for Gates Carbon Drive. 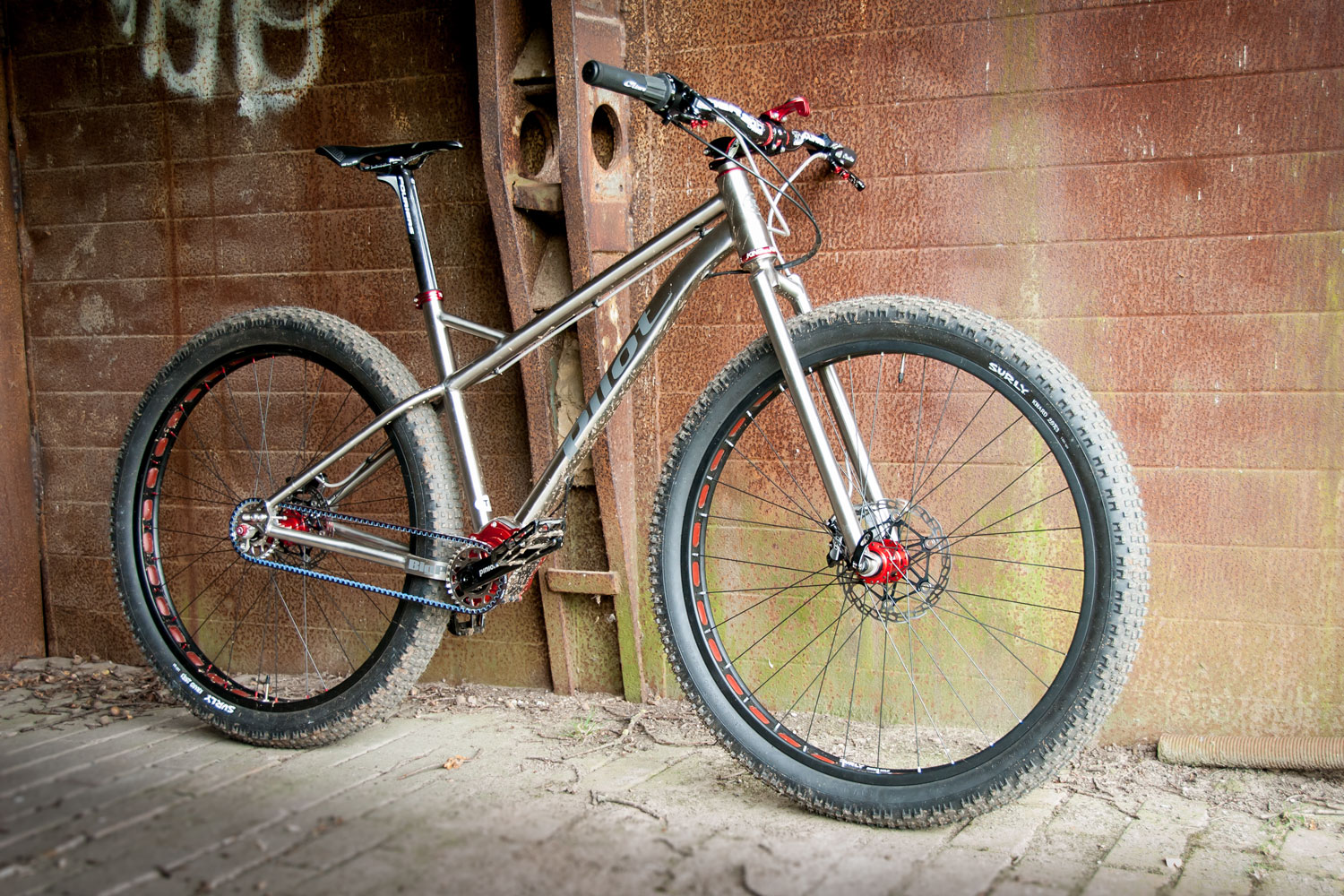