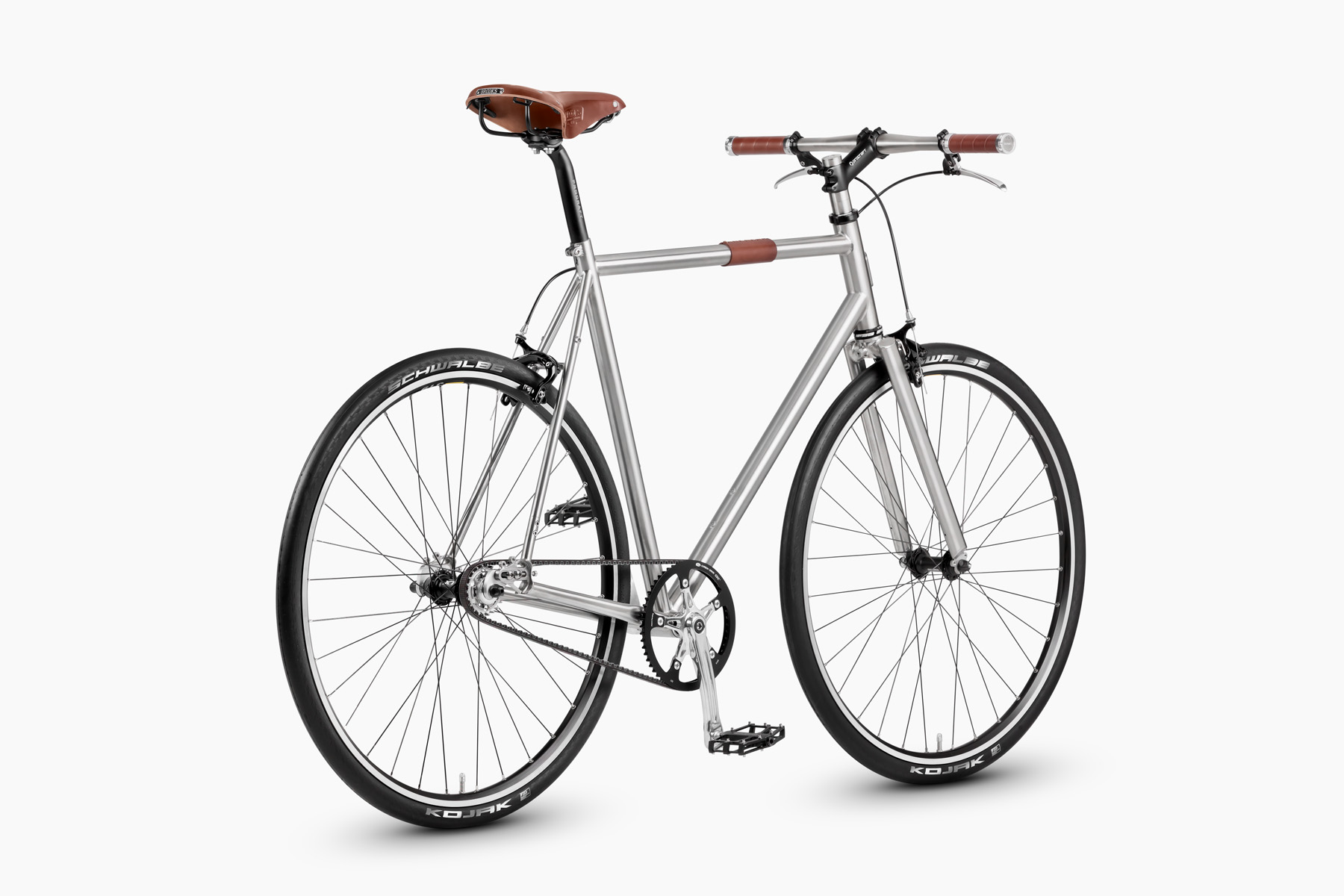 Nua means nude or bare in Catalan, the official language of Andorra and parts of Northeast Spain. It is also the name of a new Barcelona bike brand that specializes in clean, hand-polished titanium frames equipped with Gates belt drives and offering a simple aesthetic. “I love riding bicycles because of the sensation of freedom they give me, but I’m also attracted tothem as objects,” saysNua founderRoberto Aznar, a former professional industrial designer with degrees in mechanical and materials engineering. “Two years ago I decided to stop designing industrial machines and startmaking bicycles.” 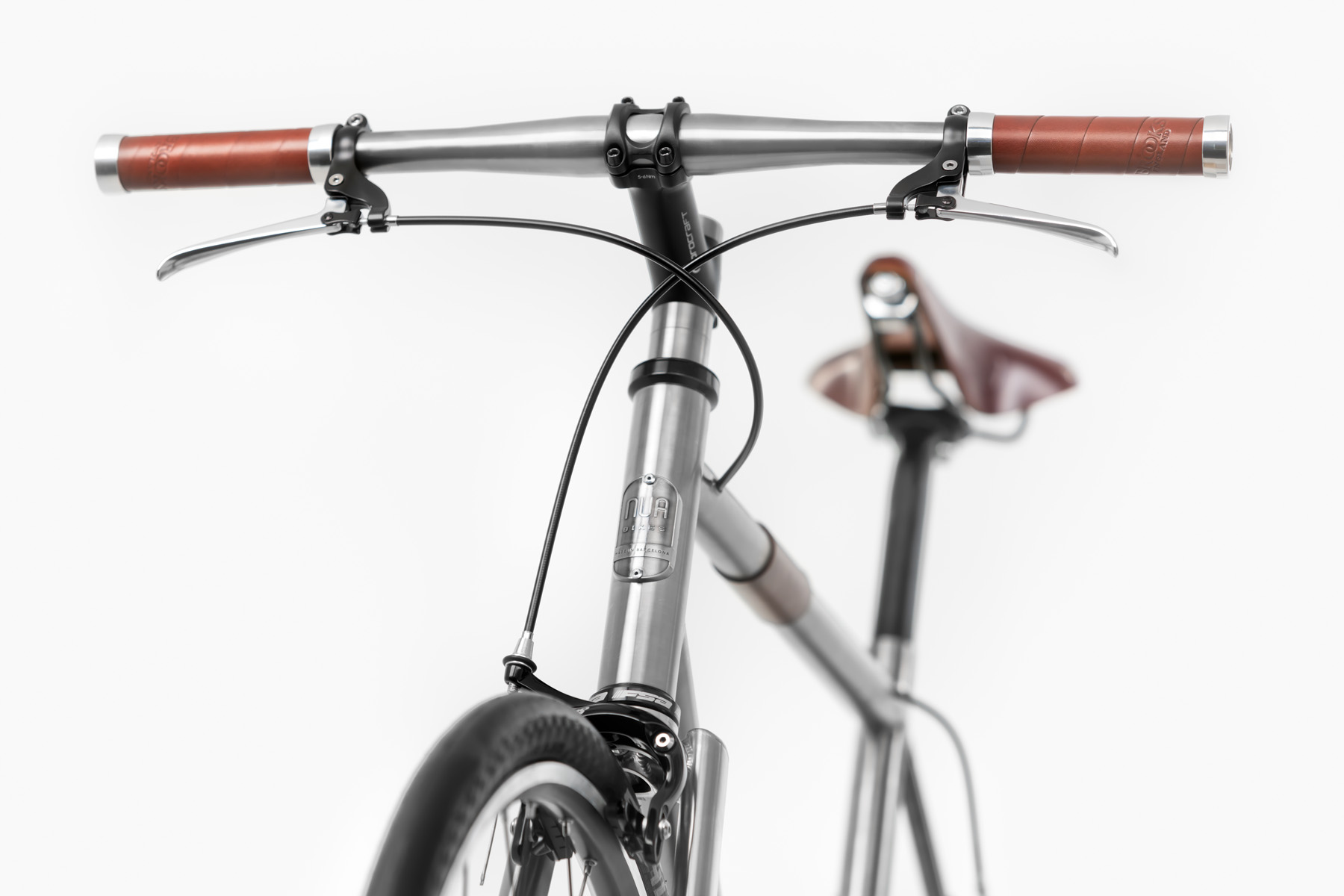 Aznar is a do-it-yourself guy who learned how to doplumbing, electrical wiring, welding, bricklaying and carpentry while building his home. He makes furniture and musicalinstruments and built his own recording studio. He applies that creativity and discipline to his bikes.Aznar calls titanium “the eternal material” because it doesn’t corrode–and he offers a lifetime guarantee on his frames.”Our bikes are meant for a discerning client who appreciates well-made things. The world is already full of things that break down, which never workright and frustrate the user.”

The SC-01 pictured here is an agile singlespeed with features including a seat post clamp integrated into the frame, internal cable routing and eyelets for fenders and racks. Other touches include a Brooks saddle and matching leather grips, titanium handlebars and Mavic rims.Aznar is now preparing to launch a second model–this one with an internally geared hub combined with the Gates Carbon Drive system. “The Gates belt drive is simply the best option for a single speed or internal gear hub city bike.”

No matter what language you speak, that’ s the bare naked truth.nuabikes.com 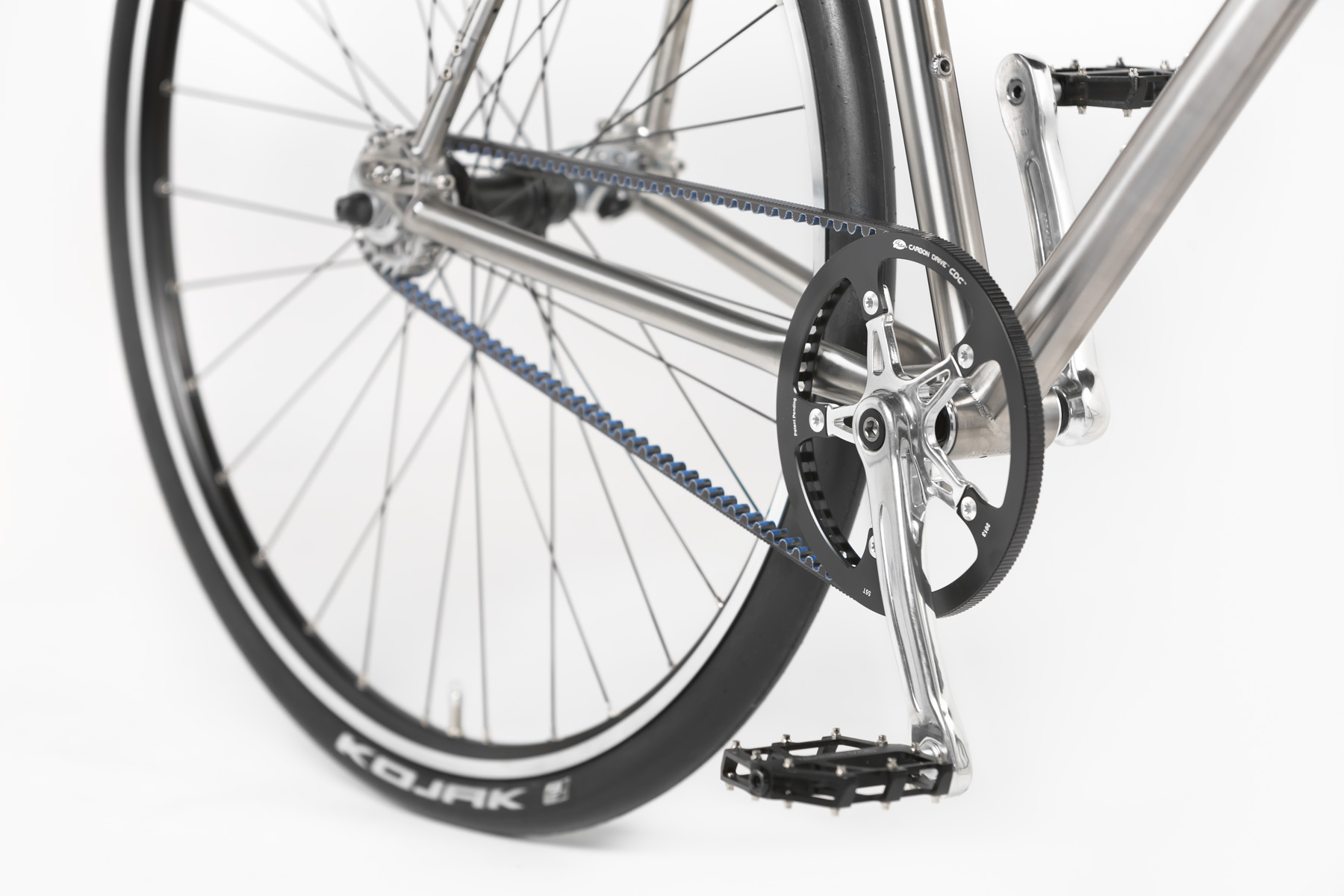 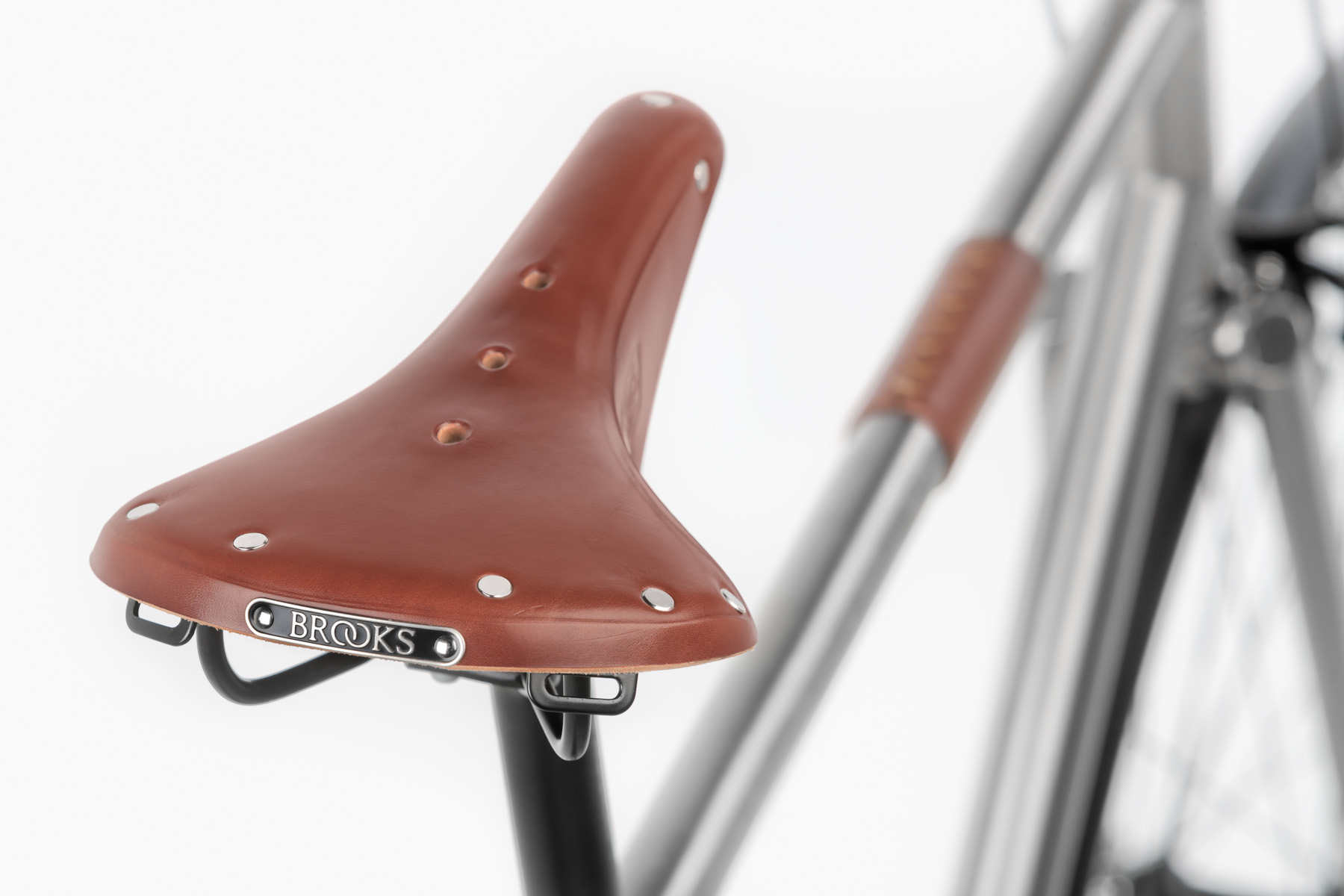 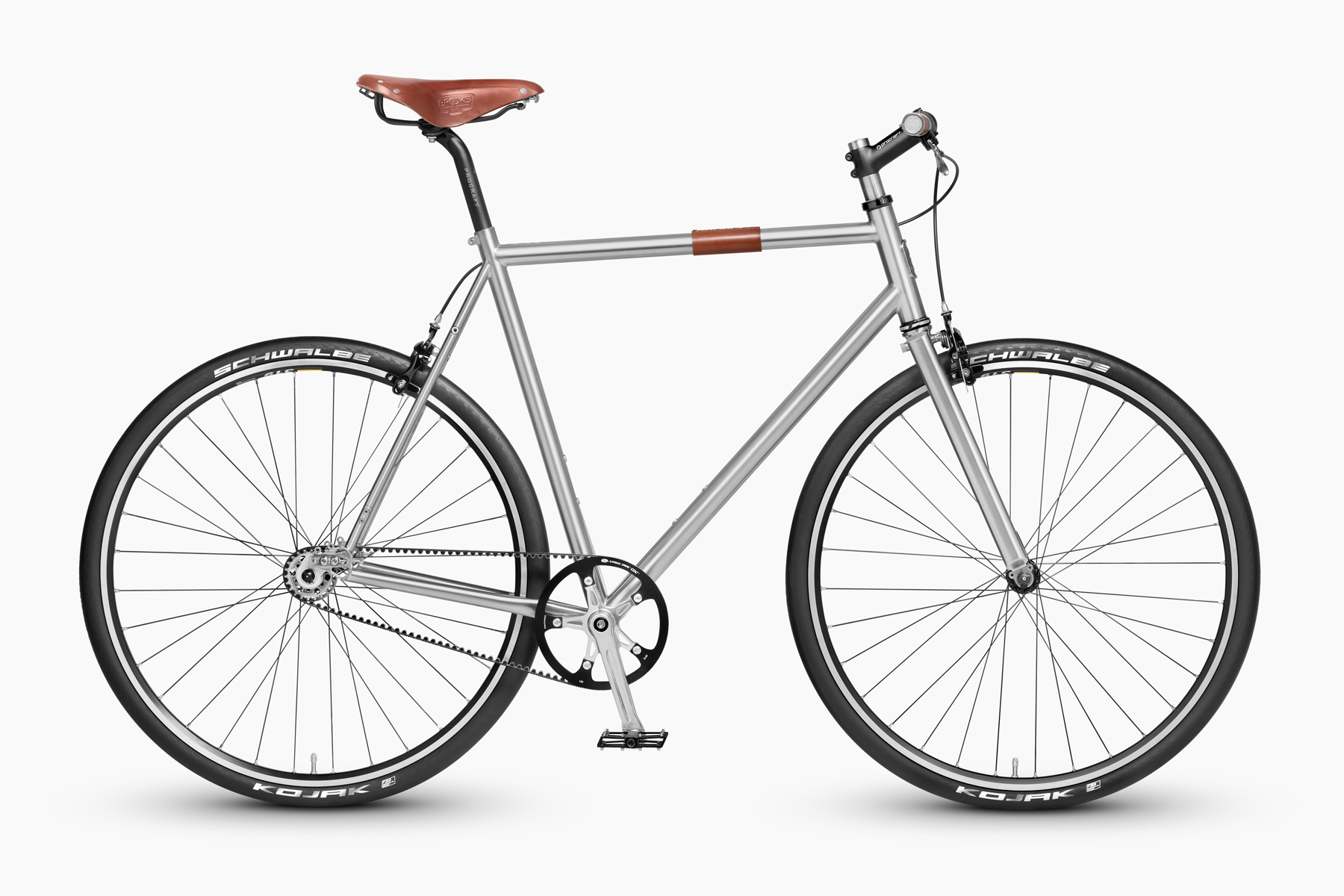 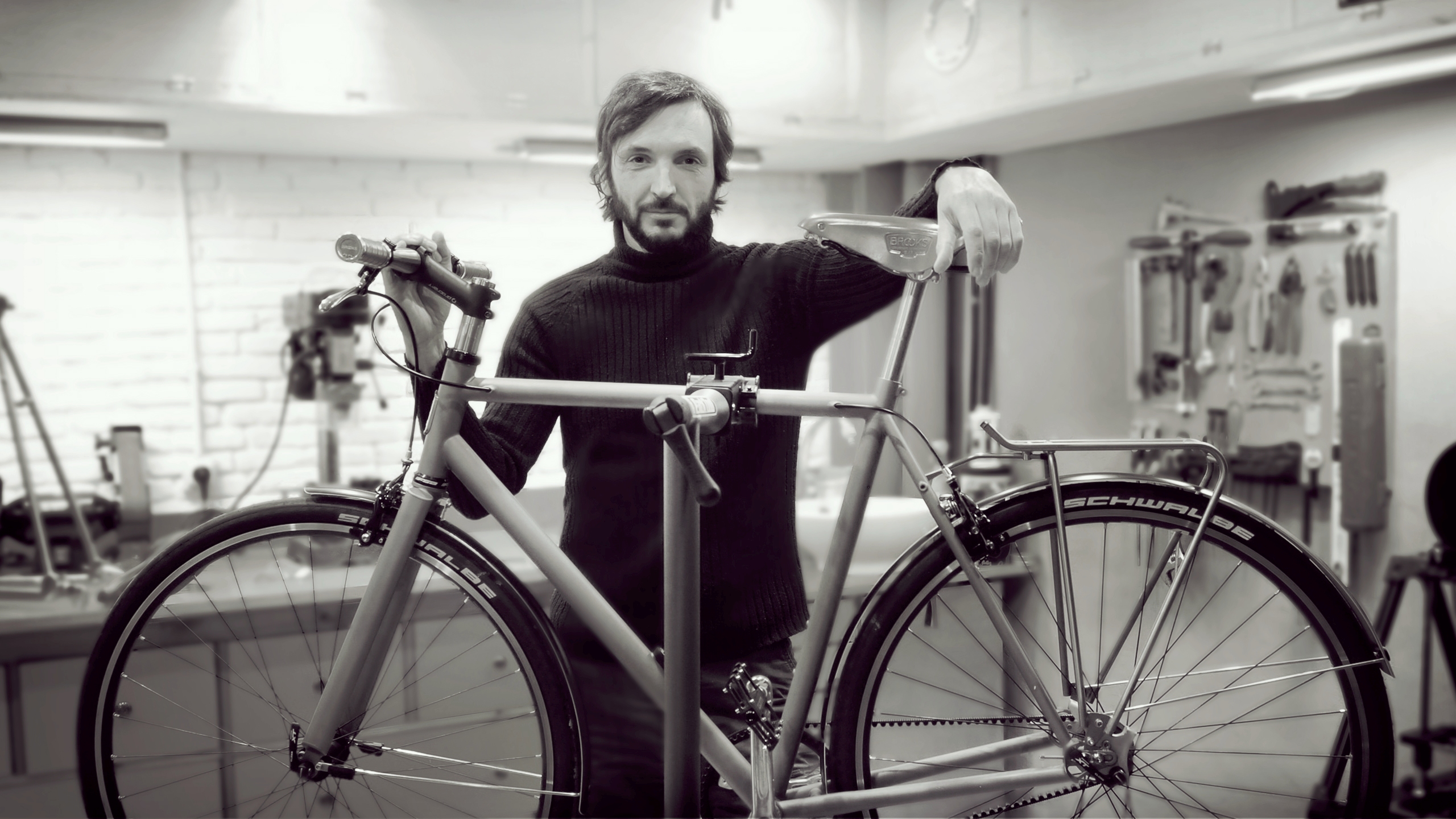