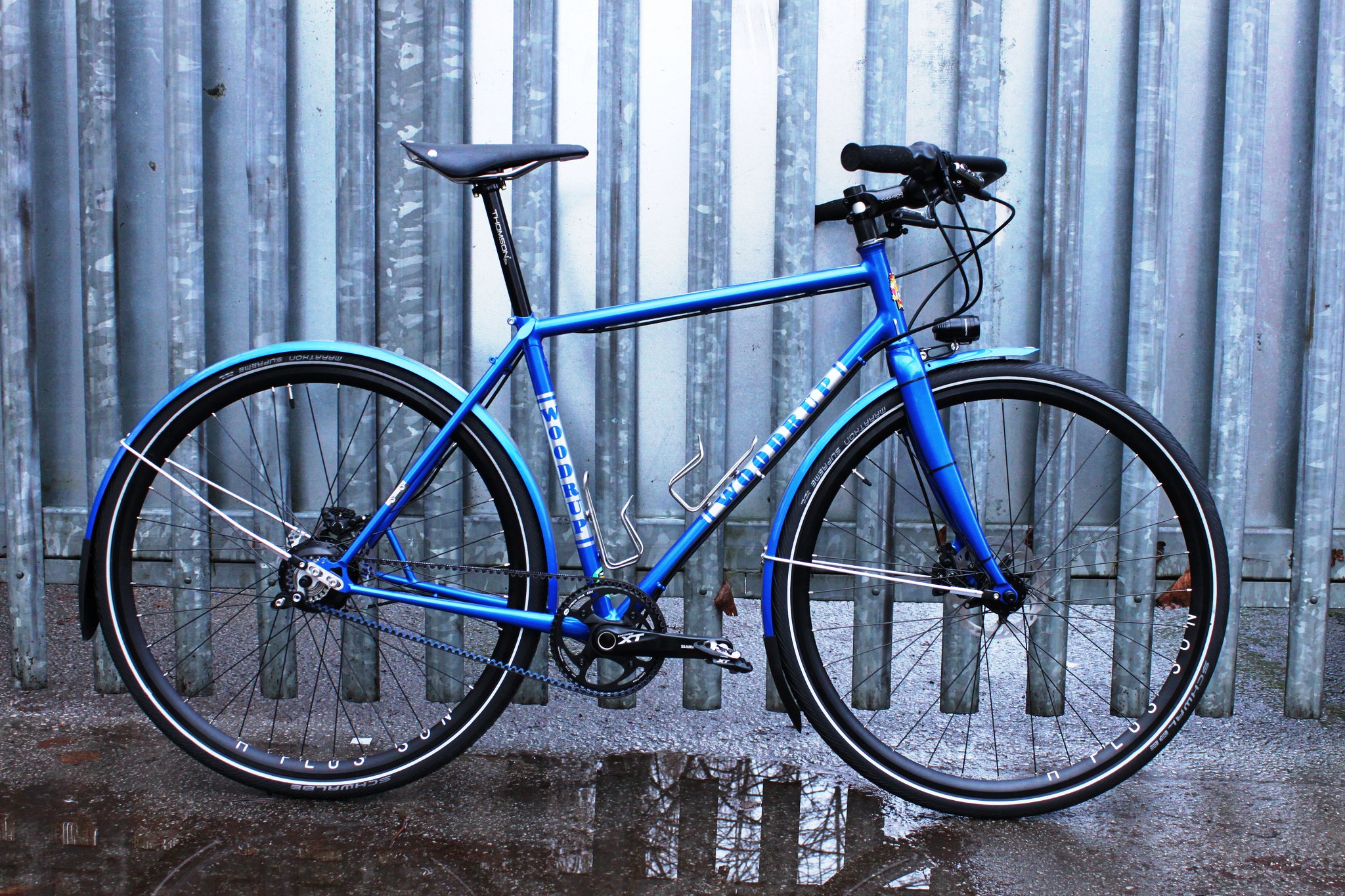 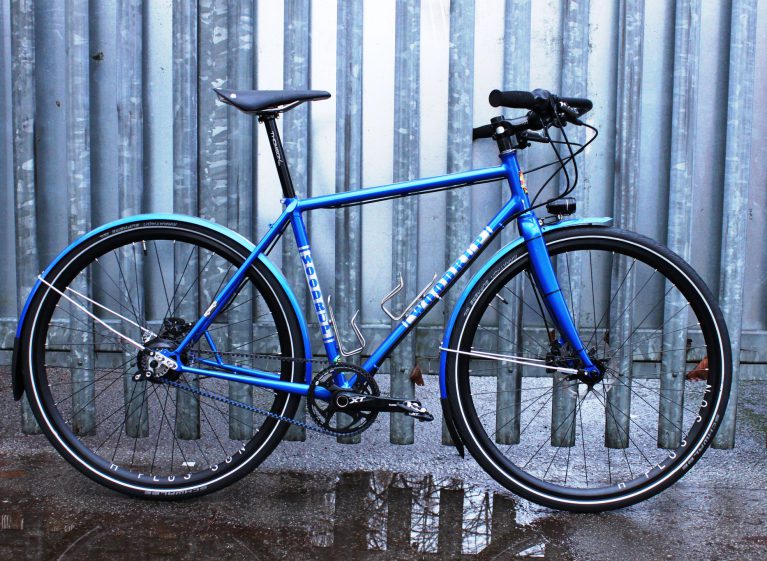 The Chimera is a fire-breathing beast from Greek mythology that has the head of a lion, the body of a goat and a serpent’s tail. In modern science, a chimera is a laboratory animal with DNA from multiple organisms. Woodrup Cycles named its belt drive touring and commuting bike the Chimera BD because it contains DNA from many bicycles. It is a city bike, an all-weather commuter and a long-haul trekking bike. It comes equipped with a Rohloff hub and a Gates belt drive–hence the BD.

Located in Leeds, England, Woodrup Cycles is a historic British brand well-known among bike aficionados. Legendary British cyclist Barry Hoban is said to have won a stage of the Tour de France on his Woodrup. The company was founded after World War II by Maurice Woodrup, whose son, Stephen, took over in the 1970s and has been the chief frame builder ever since. Now, Stephen’s children have joined the company to carry on the family tradition.

Woodrup’s Chimera BD shows that this historic brand continues to innovate. In addition to its Chimera frameset, Woodrup makes the FAB, which stands for Fixed and Belted. Check out the bling on the joinery of the FAB below, as well as several more configurations of the Chimera BD. 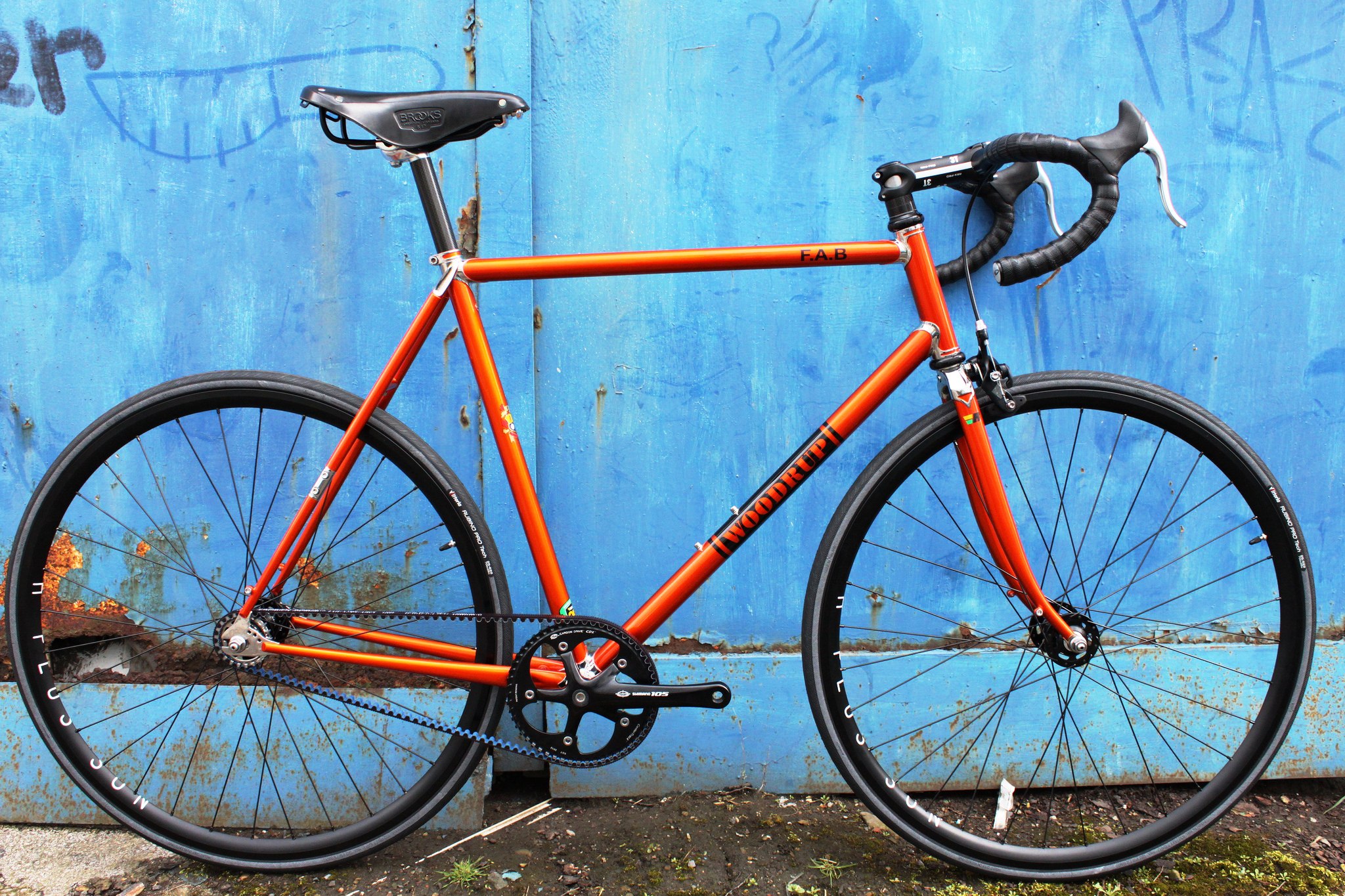 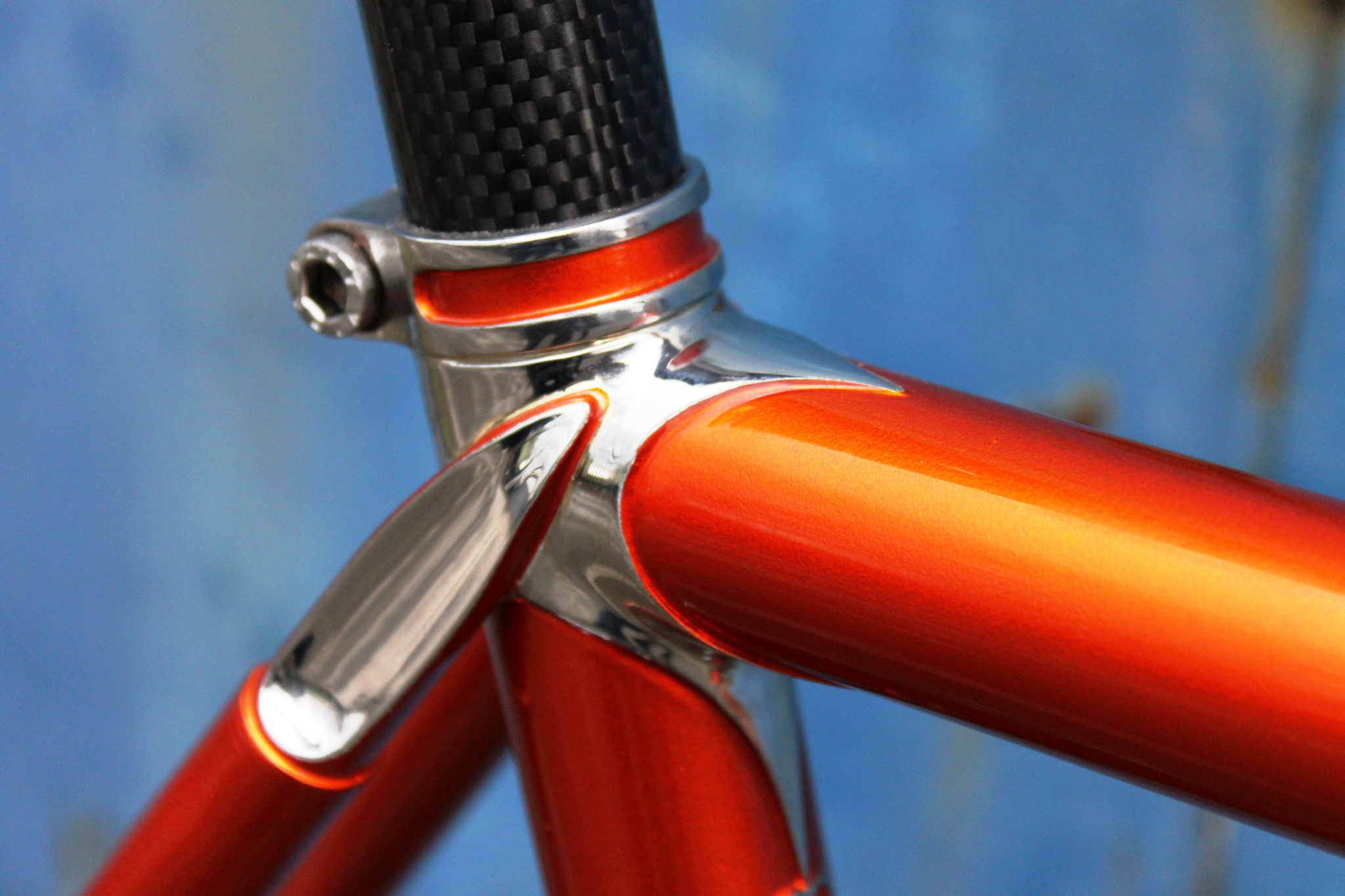 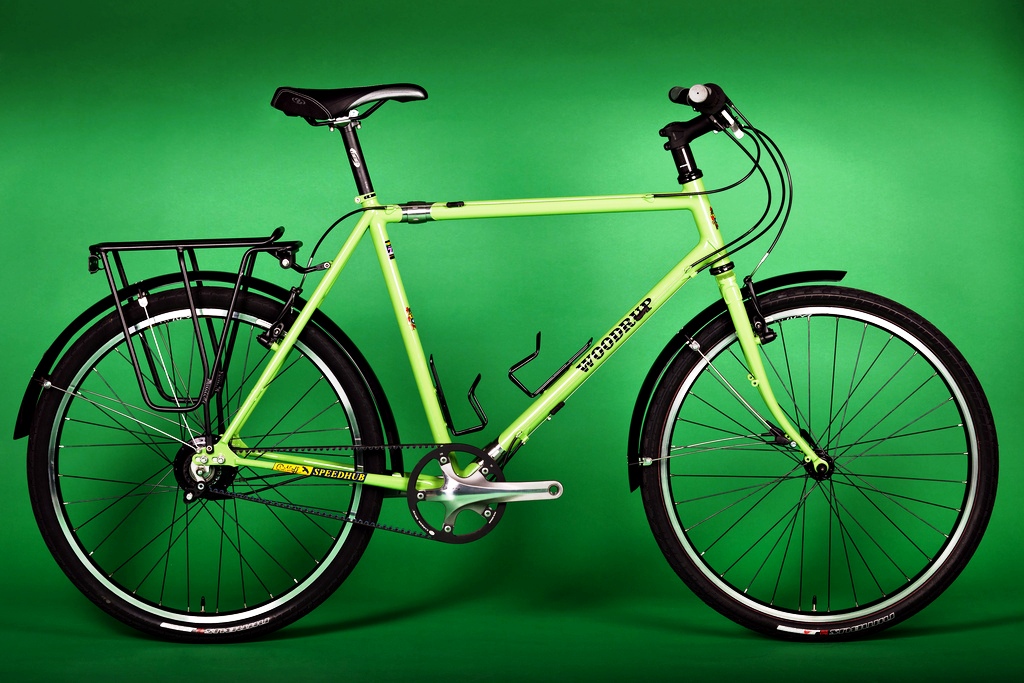 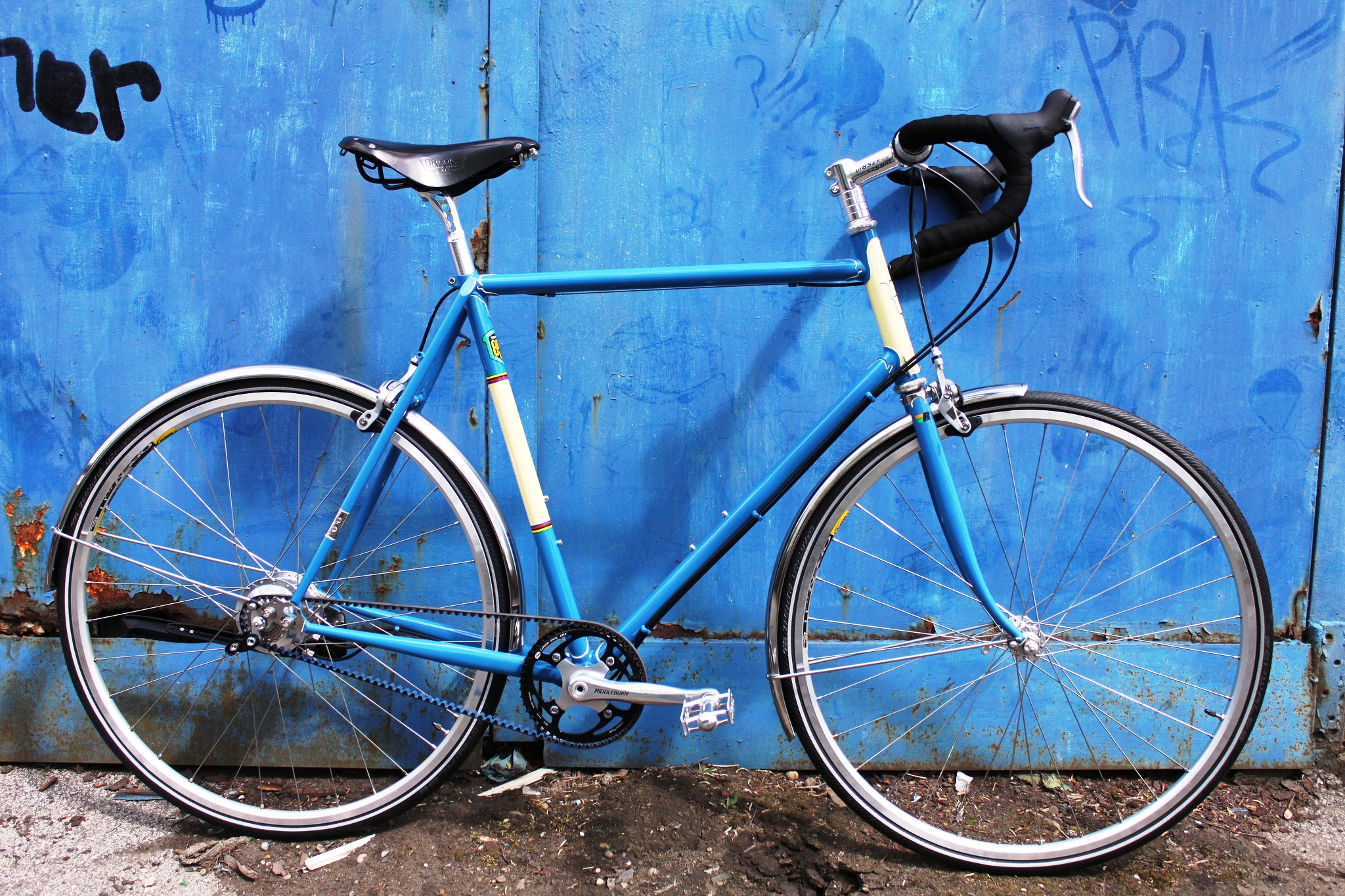 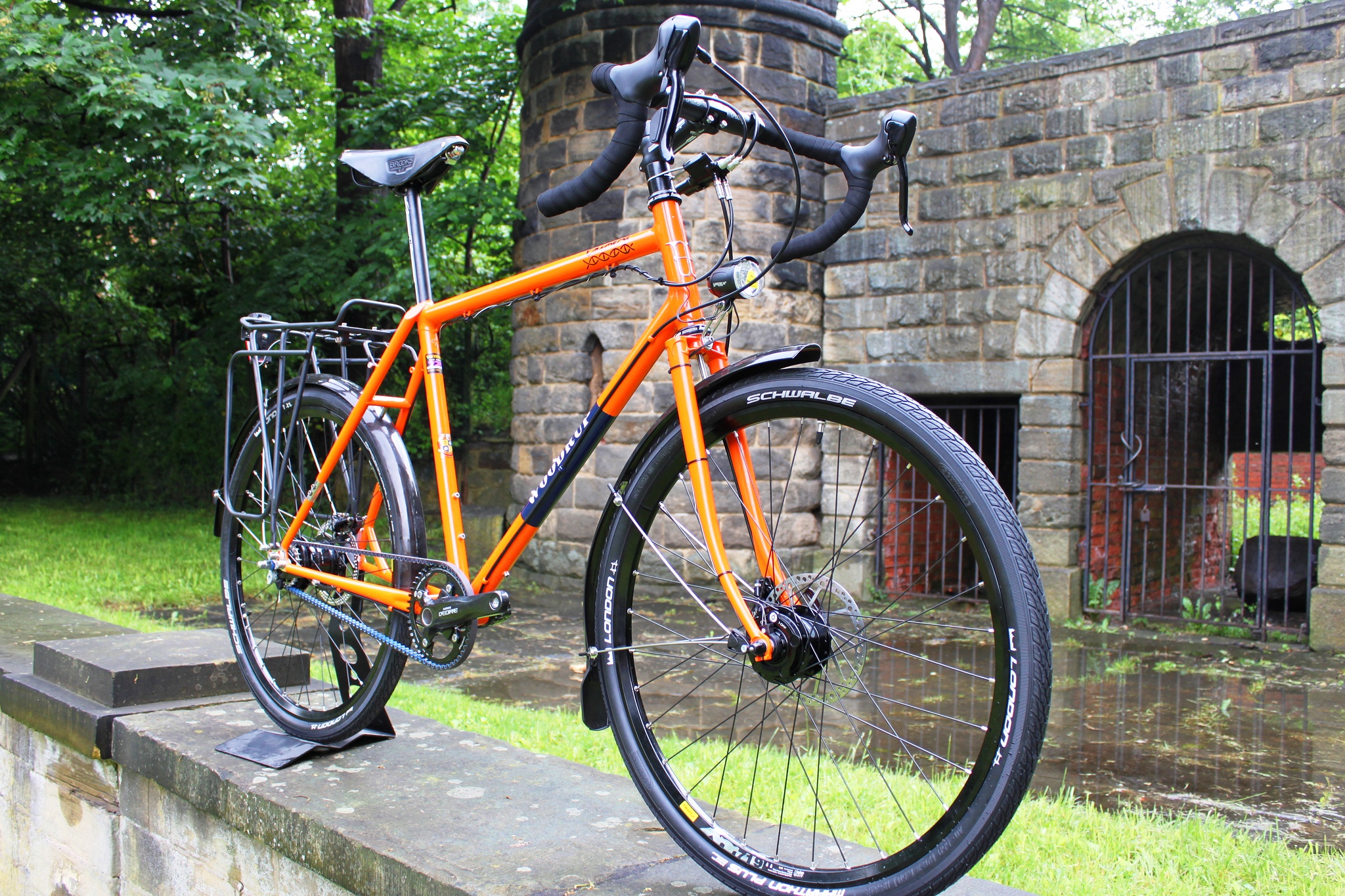 In addition to its custom bikes, Woodrup Cycles operates a large retail shop and service center in Leeds that supplies police cycles for local constabularies and a paramedic unit. Woodrup likewise participates in several bike-to-work programs that allow Brits to buy commuter bikes tax-free. No doubt, Woodrup is a proud brand with a tradition of excellence, and an eye for modern technologies, embedded in its DNA. woodrupcycles.com