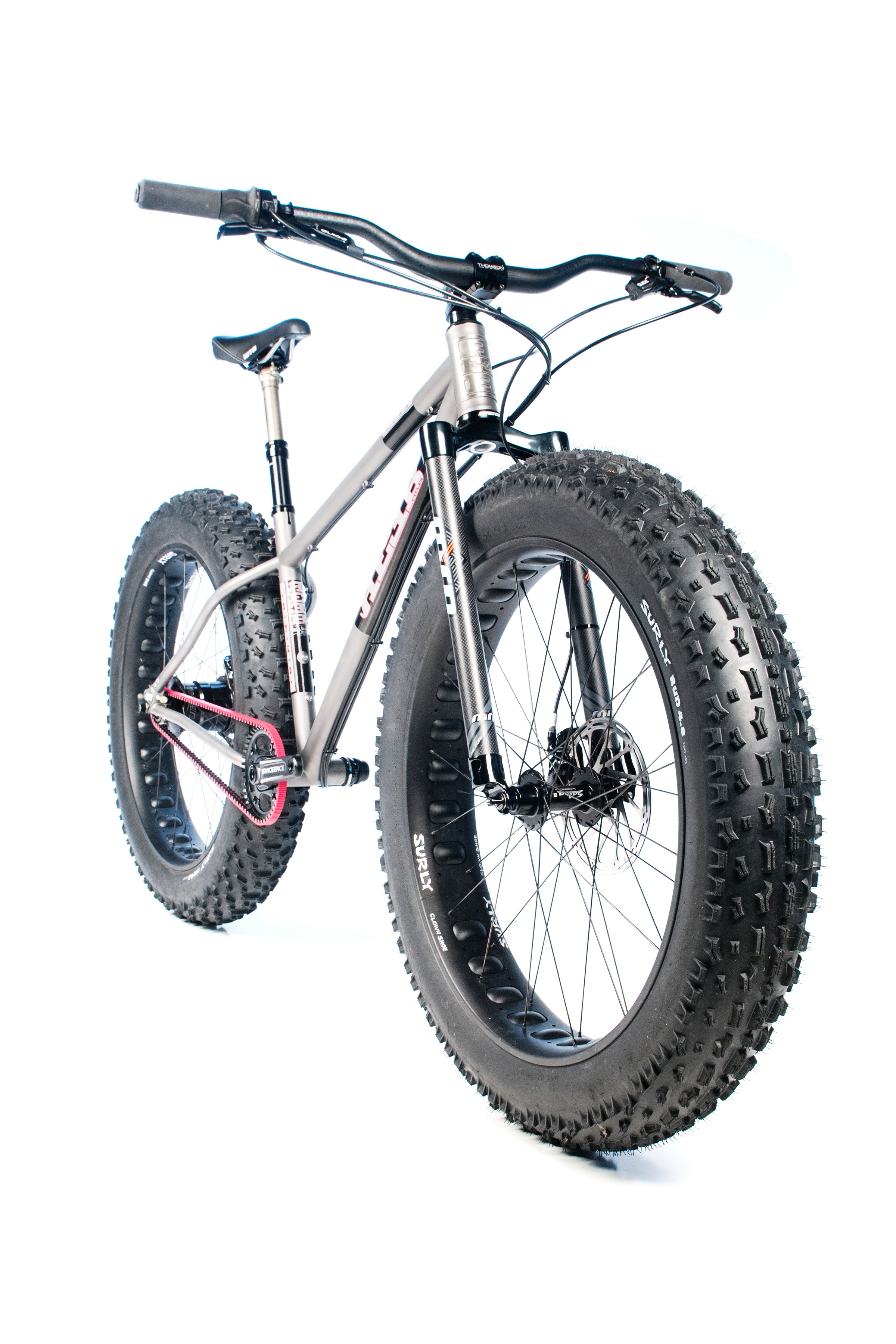 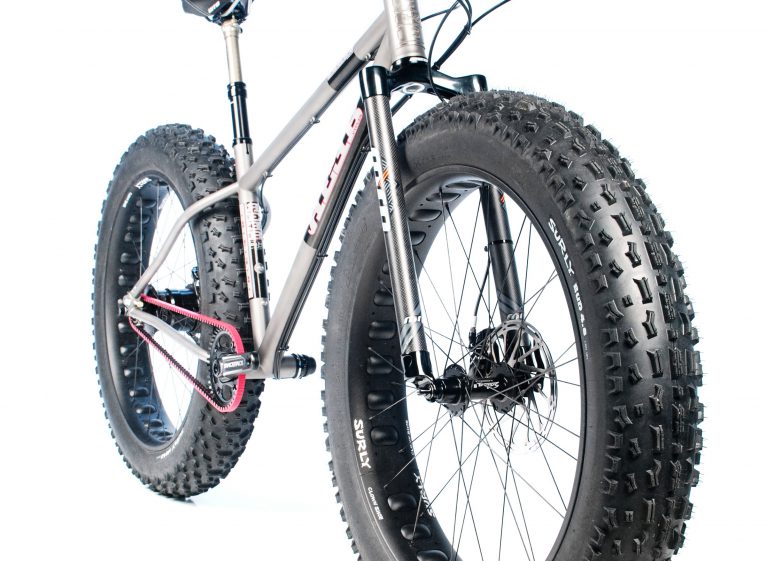 Gates Carbon Drive is visiting the North American Handmade Bicycle Show next week in Louisville, Kentucky. Famous for its bourbon, we love Kentucky because it is home to the Gates plant where Carbon Drive belts are made (in Elizabethtown, KY). To make this NAHBS special, Gates has partnered with REEB Cycles and Rohloff USA distributor Cycle Monkey to display a spectrum of hand-built bikes featuring Carbon Drive Red belts combined with Rohloff internally geared hubs. Check out this titanium REEB Donkadonk. It’s made for plundering Colorado powder–or Kentucky mud bogs.SKI Magazine called it “a fascinating piece of gear.” 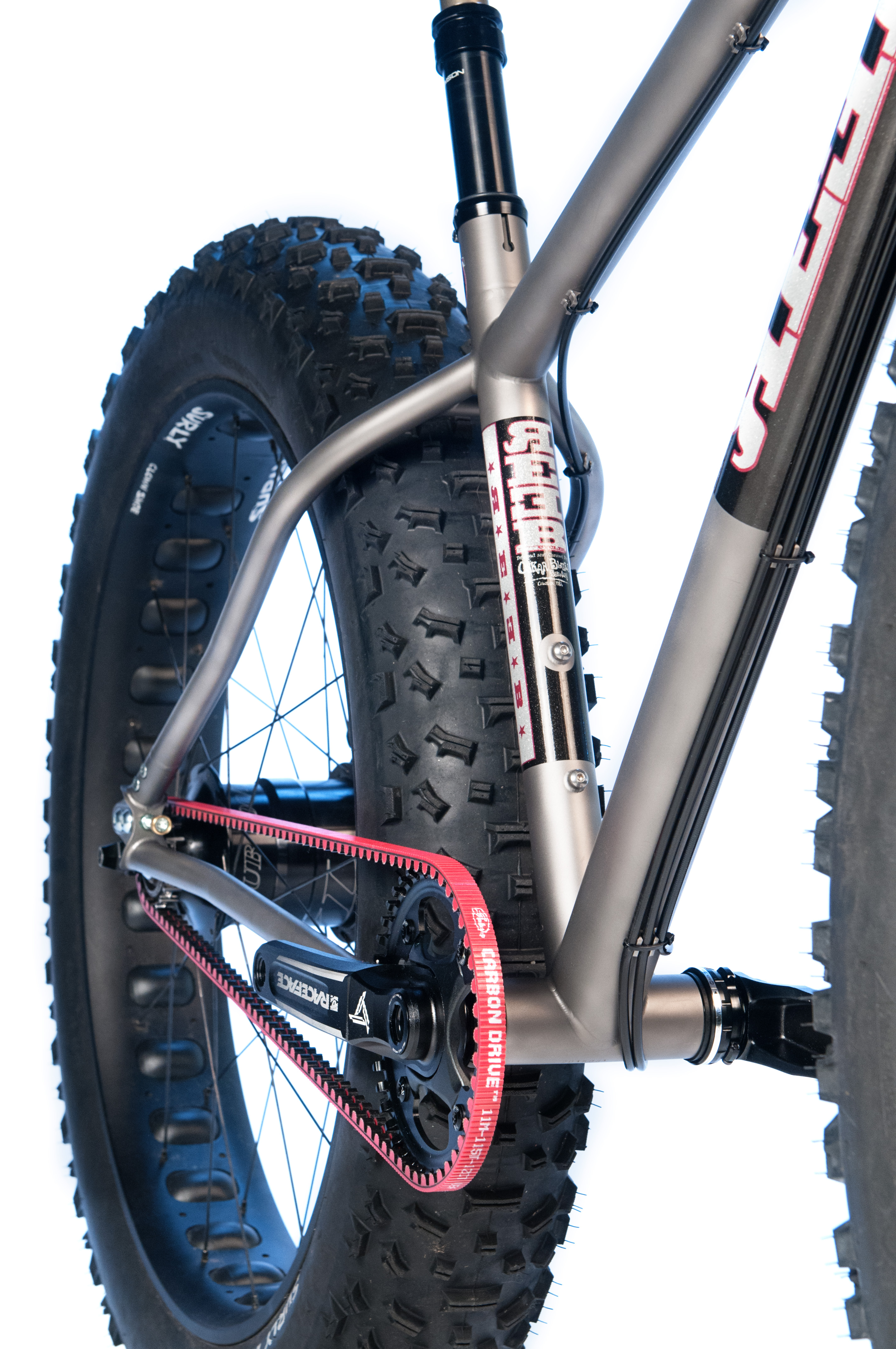 Another bike sure to be a homerun at NAHBS is the Slugger, commissioned by the Louisville Slugger baseball bat company. Chris Connor of Connor Wood Bicycles made it from the same white ash used to create Louisville Slugger baseball bats. Connor reports that it may appear at some Major League Baseball games next season. Batter up! Connor is now talking with Kentucky bourbon companies about commissioning a wooden bike from barrel oak. Smooth. 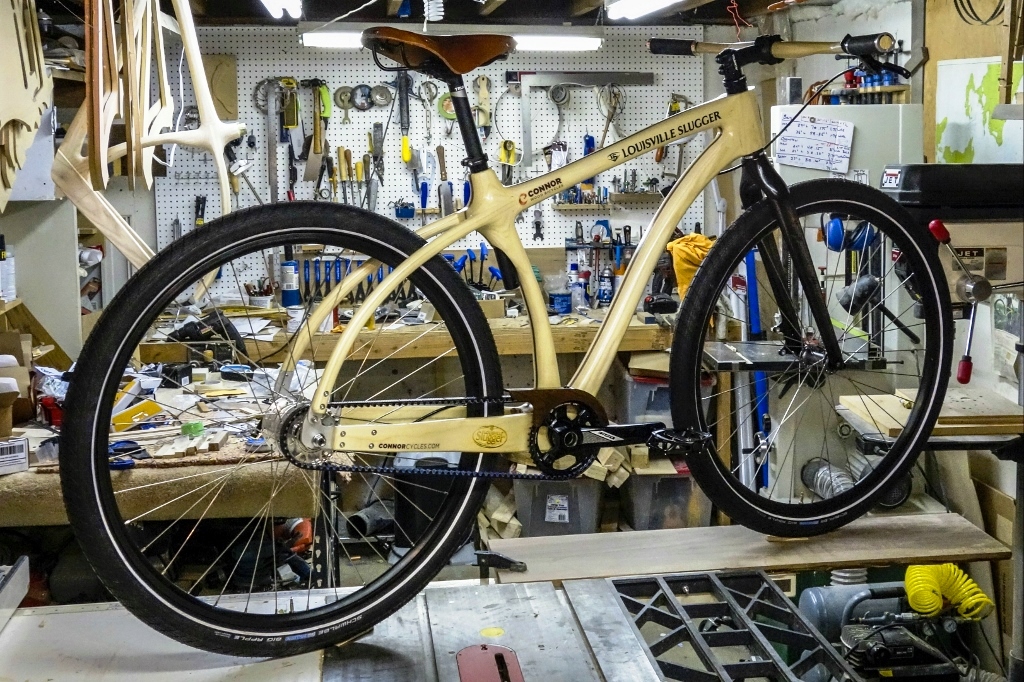