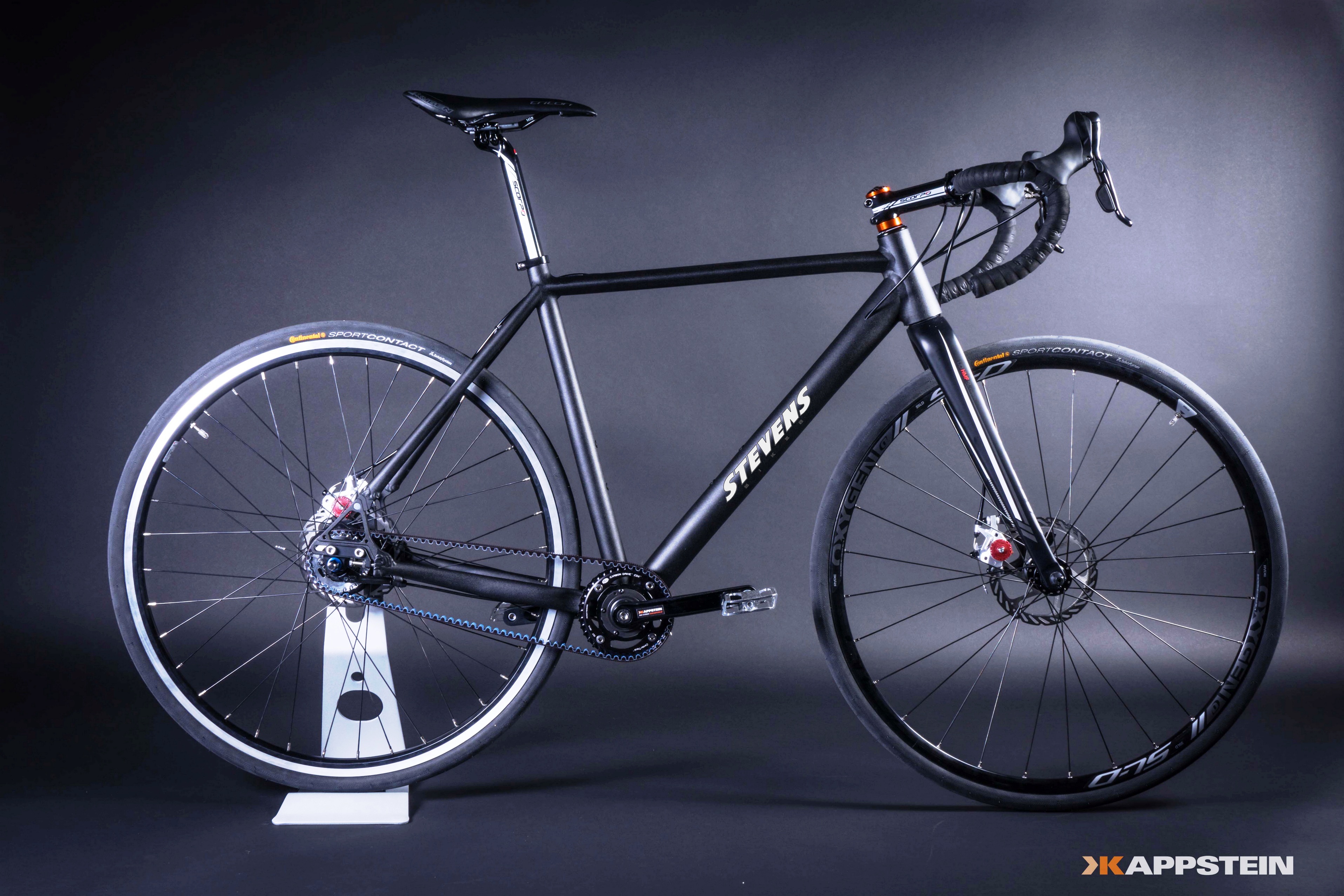 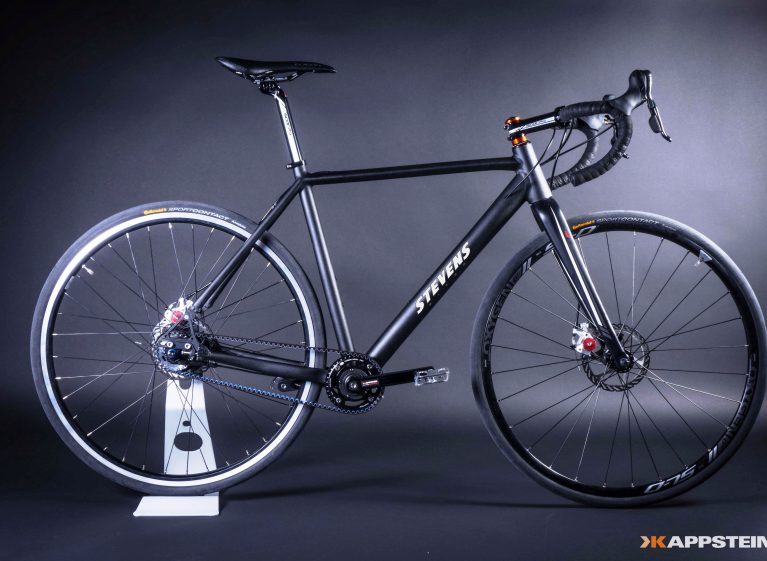 Meet the Vapor Disc 16-speed Gearbox Belt Bike, an experimental bicycle at the center of a project to create the next generation of low-maintenance road machines. The project joins Gates Carbon Drive, Kappstein and Stevens Bikes. The goal: develop a performance road bike that uses a Gates belt instead of a chain and internal gears instead of a derailleur and cassette.The bike consists of a StevensVapor Disc frame with a Gates CDX belt drive and a shifting system comprised of a Shimano Alfine eight-speed rear hub combined with the Doppio 2-speed bottom bracket gearbox from Kappstein.

The Doppio replaces the double chain rings on the front. It has an integrated planetary gearing system with a transmission of 1:1.5 that doubles the Alfine’s eight gears to 16. No gear is represented twice. This is unlike a standard derailleur/cassette system with double chainrings, which has overlapping gears. The Doppio is compatible with Shimano shifters; this bike uses the Shimano 105 series. The project is generating buzz in the German bicycling media. See the story on German site RadMarkt.de. 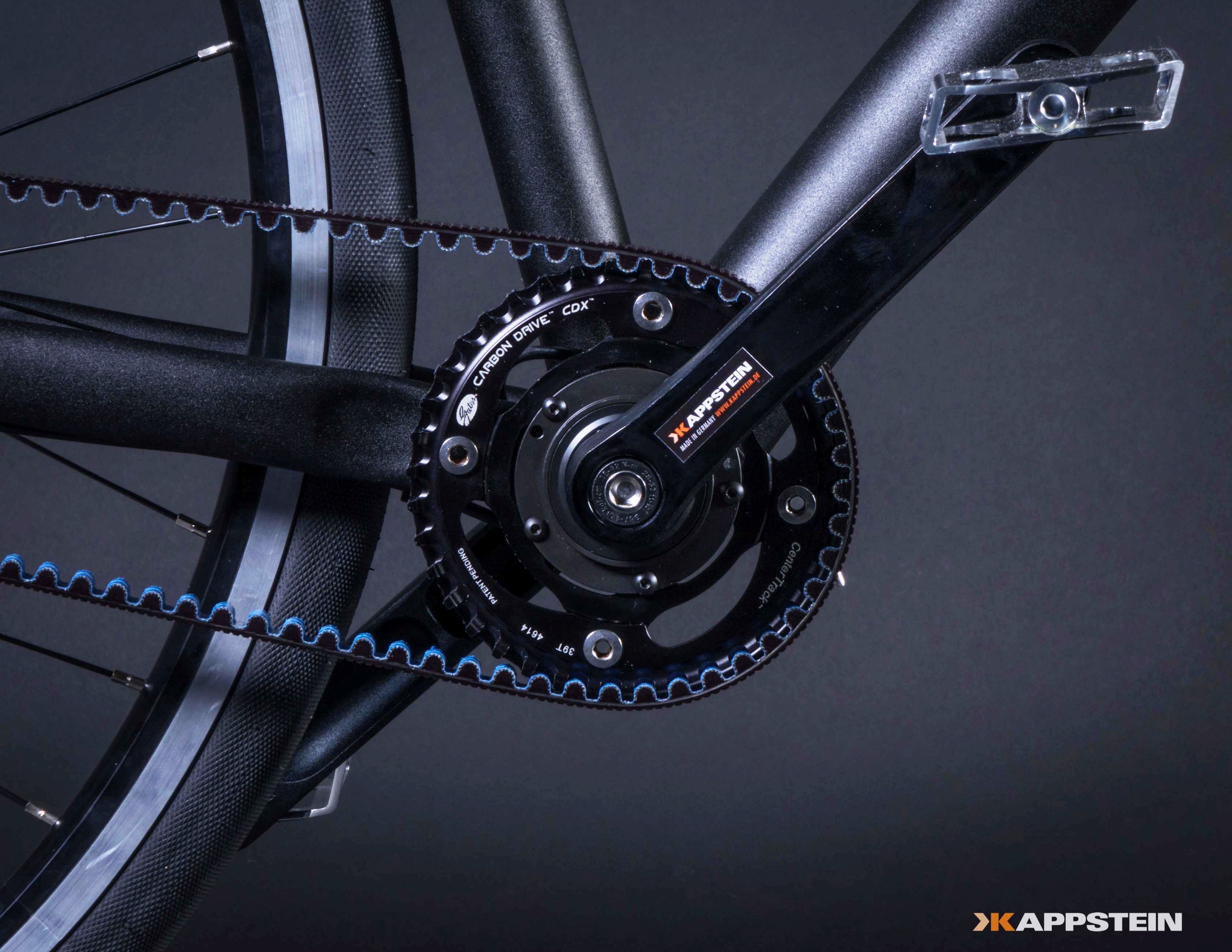 The bike is now being ridden by pro racer Beate Zanner of the Maxx-Solar Team. Zanner, who won a stage of the Tour of Thuringia last season and had excellent results in the German national women’s league, will train on the bike this year and provide feedback. In the future, road riders and racers may join the growing community of belted riders who enjoy clean, grease-free and low-maintenance bikes with a belt and internal gearing. kappstein.de 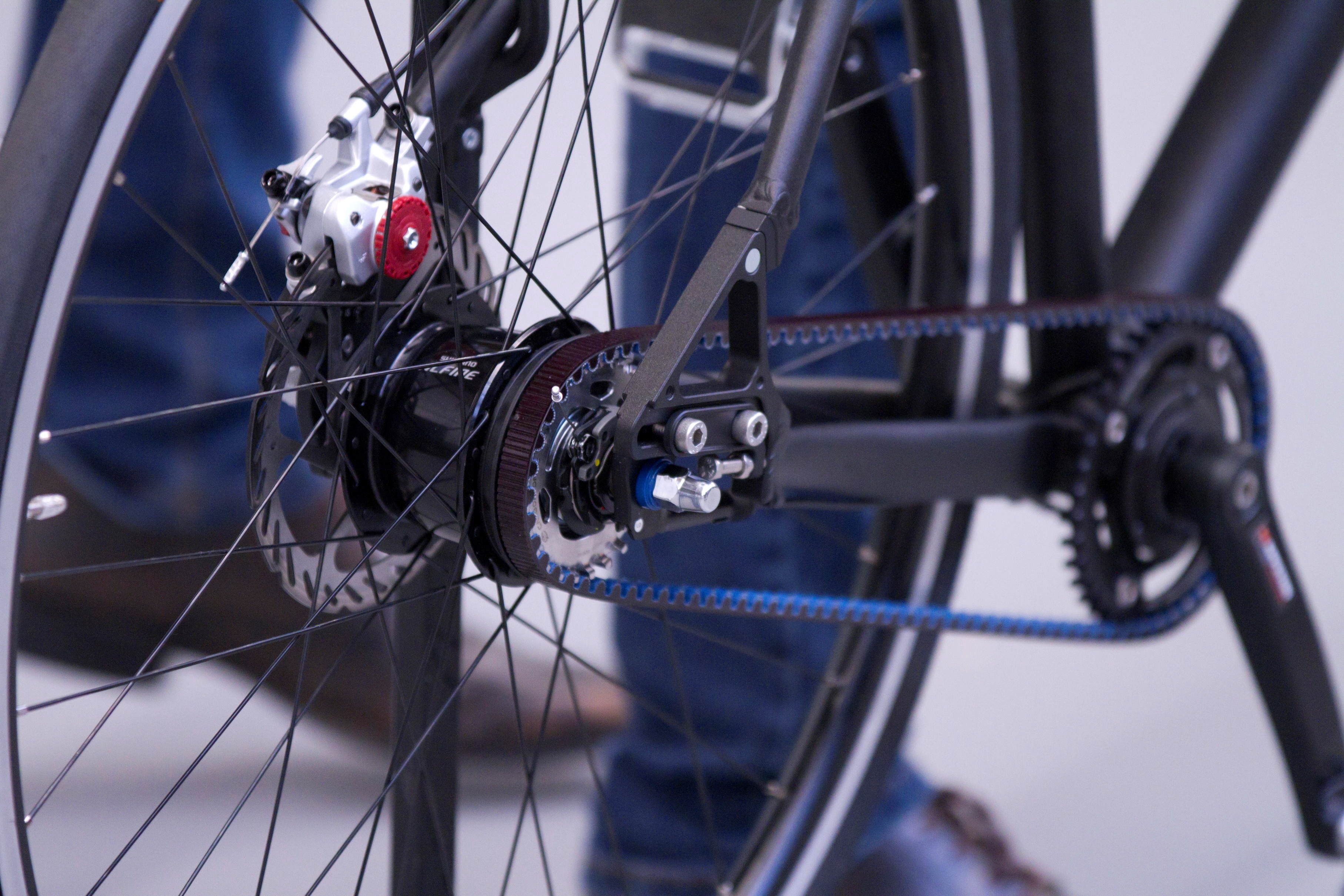 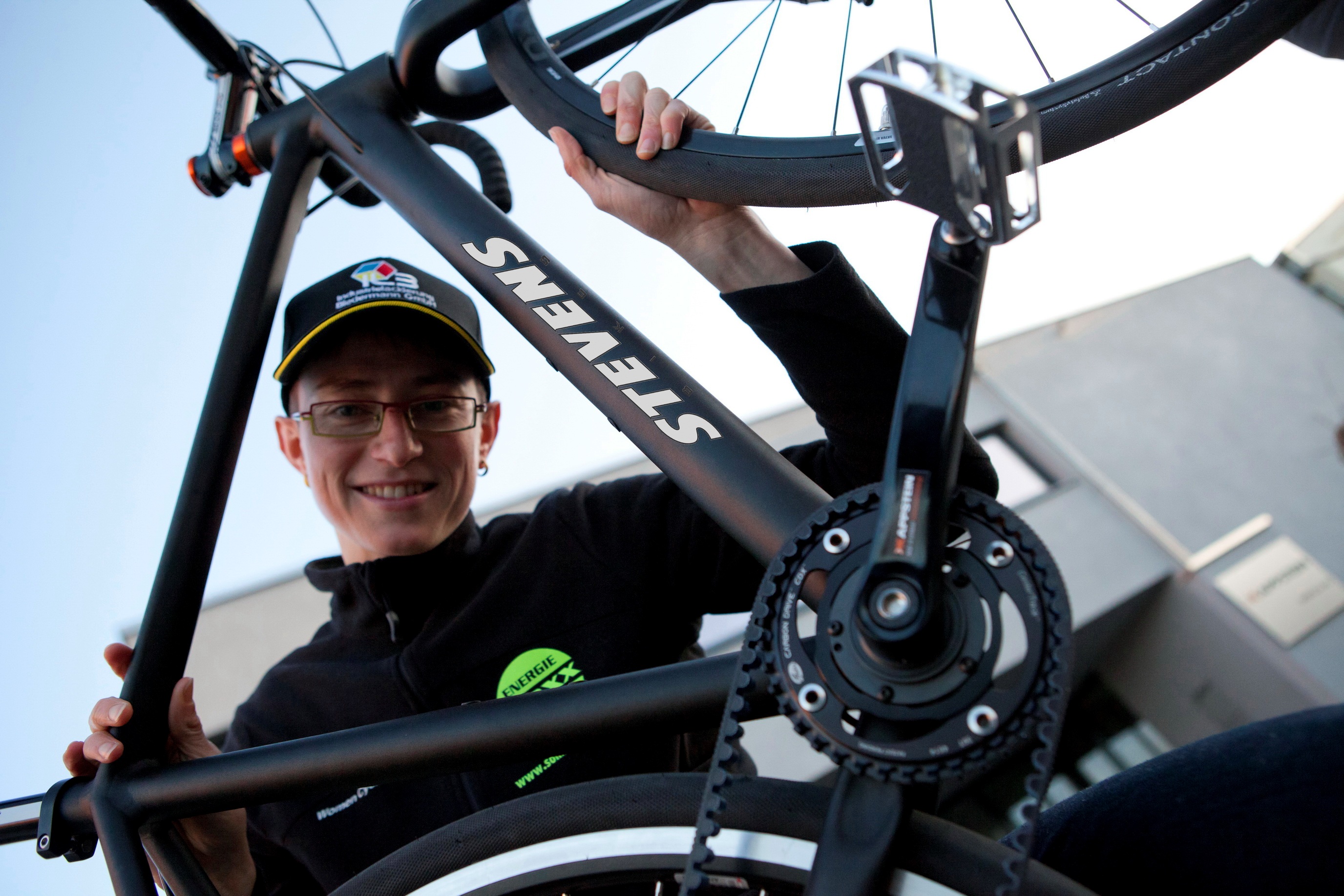