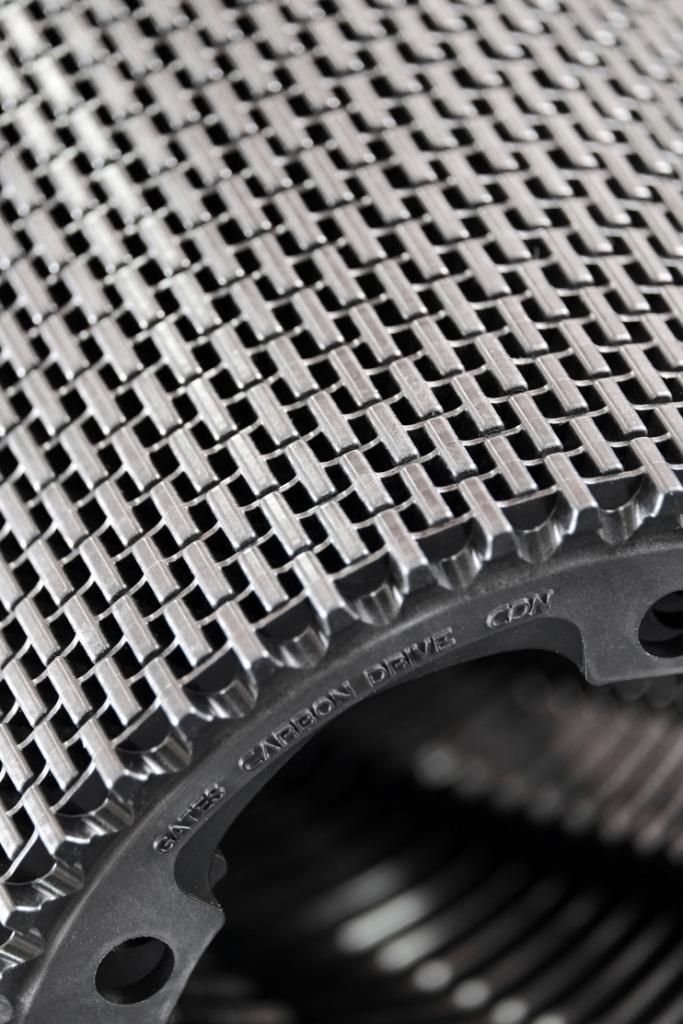 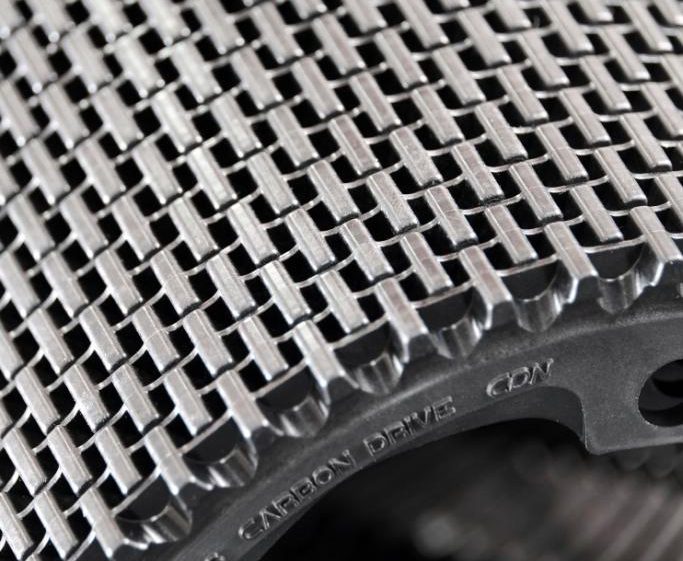 Gates is launching a “value oriented” bicycle belt drive called CDN that is designed for lower-mileage pavement and city bikes.The CDN system has the same carbon fiber tensile cord technology and CenterTrack sprocket design as Gates’ premium CDX system, but at about half the cost.”CDN is our value-oriented belt drive for people who want a clean and stylish city bike for getting into town or around the neighborhood,” says Todd Sellden, director of Gates Carbon Drive. “It’s for bicyclists who ride in jeans or skirts and casual shoes, not spandex and race gear.” The CDN belt has nine carbon cords embedded within an engineered polymer belt optimized for lower tension. The front sprocket is made from reinforced composite embedded with glass fibers. The rear sprocket is wear-resistant steel. Five years in development, the CDN belts are manufactured at the Gates plant in Dumfries, Scotland, a leading producer of automotive belts and the center for Gates’ belt development group in Europe. Gates is attending the Taipei Cycle Show this week, where it will show the CDN system. Interest is high from bike brands. What does this mean for bicyclists? More lower-priced city bikes with Gates Carbon Drive belts instead of chains will be available in coming years.