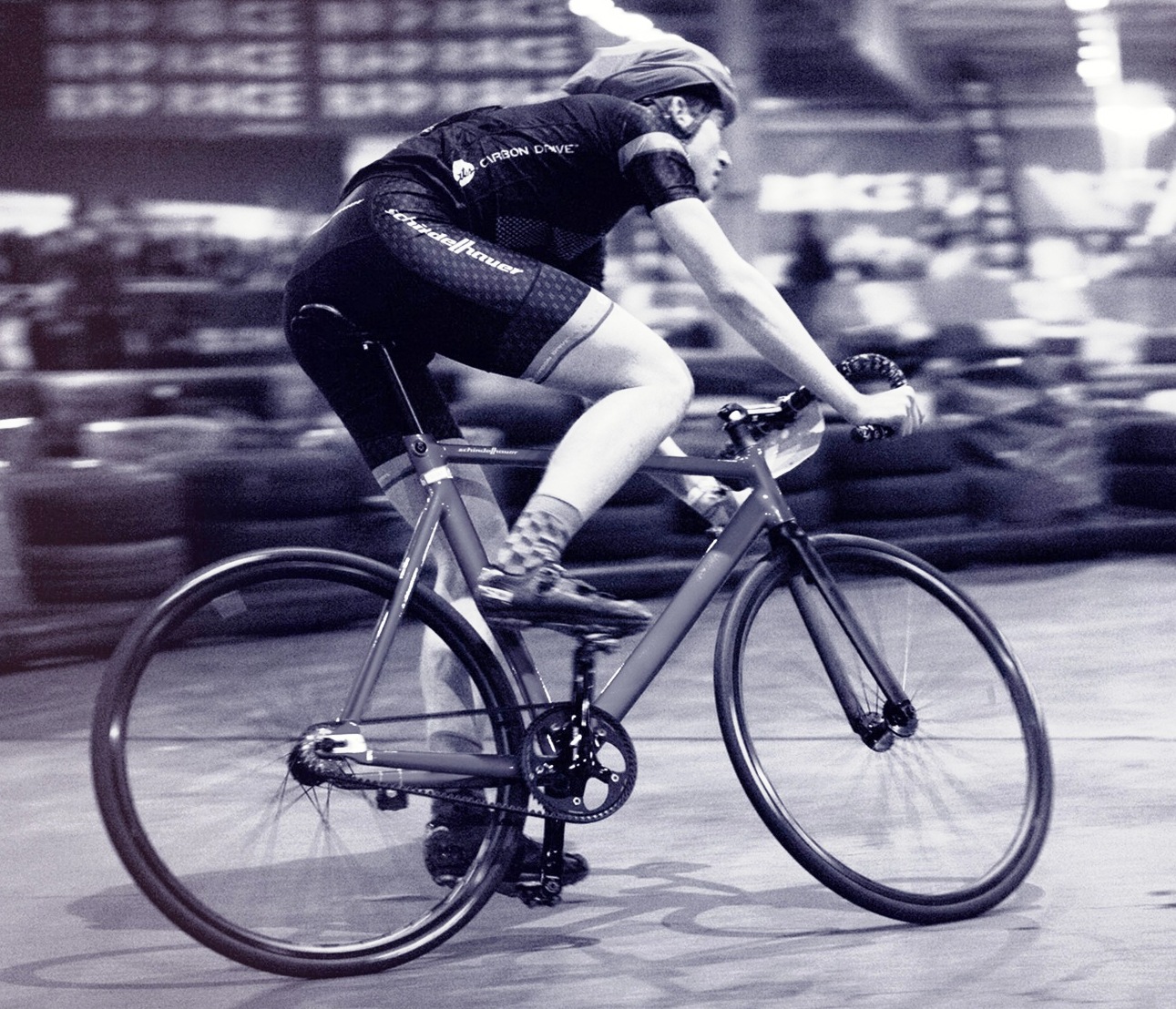 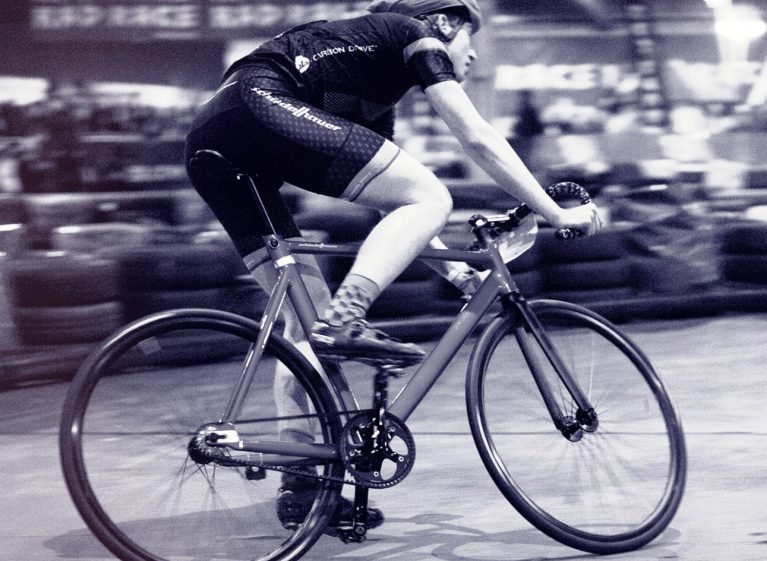 “The Schindelhauer-Gates team is an opportunity to showcase the high performance of our belt drives in an exciting, spectator-friendly sport with a growing global audience,” says Todd Sellden, director of Gates Carbon Drive Systems. “Schindelhauer was an early adopter of the Gates Carbon Drive system and we are proud to be an integral part of their brand and lifestyle.”

“Schindelhauer’s aesthetic and brand identity are deeply rooted in Berlin’s street scene, so it is natural for us to be part of this growing international fixed gear criterium culture,” says Jörg Schindelhauer, co-founder of Schindelhauer Bikes. “At the same time, Schindelhauer is attuned to the technologies that make bicycling simpler and more fun, which is why we use Gates Carbon Drive on all our bikes.” The team consists of five men and two women from Germany and Switzerland: Mianzi Rei (pictured above and below), Martin Morgenstern, Claudia Weiss, Adrien Merkt, Dylan Longridge, Roland Trauzold and Yvan Morf. Rei is a well-known competitor in the fixie scene and the subject of the movie, “My Legs My Gears.”